We went to the Castro location of Cafe de Casa — it’s a mother and daughters ran operation that also has the original spot in South SF and the second spot in the Wharf.

I don’t know much about Brazilian food beyond the Churrascarias and going as a pre-teen once, but the Brazilians I do know do like Cafe de Casa.

We had:
Coxinha — a fried dough (with mash potatoes) filled with stewed chicken mixed with (I think) some kind of cream cheese. This was pretty good 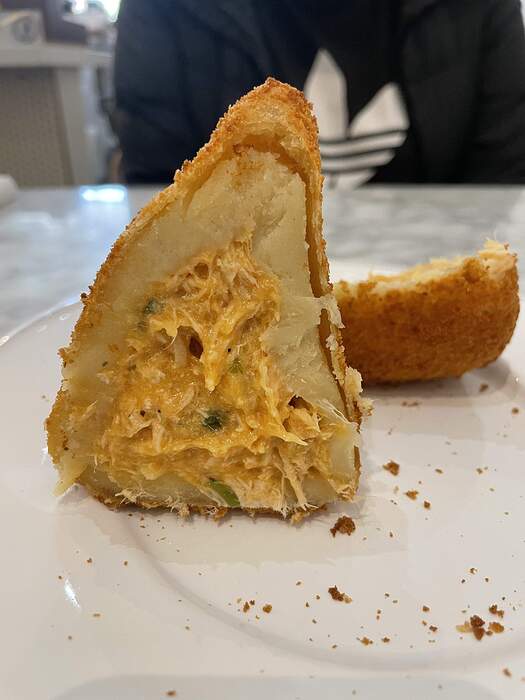 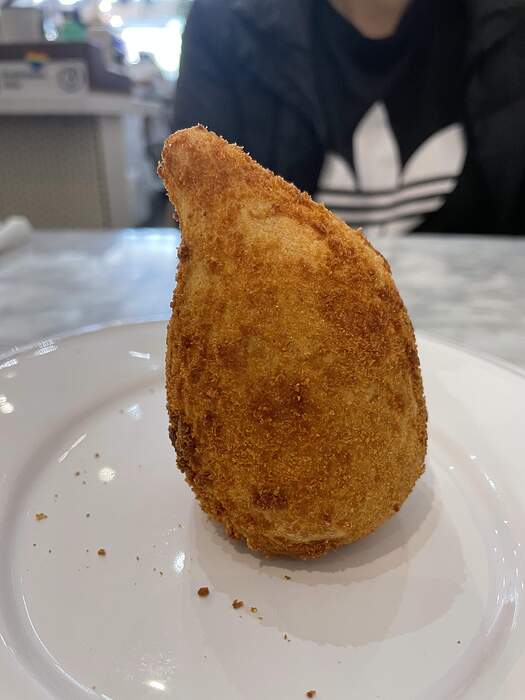 A dried beef (not sure which version they use here, I guess there are 3 types) and mozzarella sandwich on pao de queijo (cheese bread). Her pao de queijo is indeed very good — I’ve had them at a few dinner parties thrown by Brazilians and hers were the best I’ve had. The sandwich overall was good but also very intense for late morning. Lots of juice and heavy flavor going on. 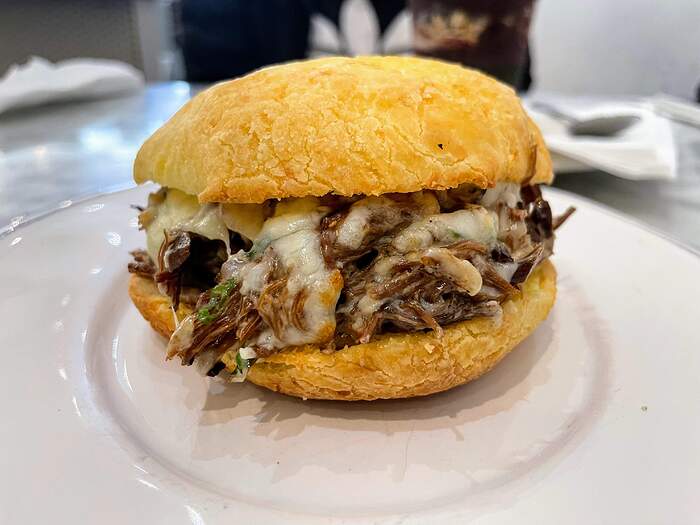 My gf got an acai bowl…

For drinks they have normal cafe offerings and some fresh juices and smoothies — we saw at least 4 passion fruit smoothies (I think, or maybe just blended) going out. I had iced tea already but should have gotten one of those.

They were doing good business and it’s a nice enough place to sit in with green plants on white, etc.

They also have larger plates — think protein served with rice/beans/salad — that my friend who used to live close by said she liked.

Definitely worth checking out if you’re in the neighborhood, and especially if you haven’t had similar offerings before.

Oh! They also have a carrot cake which I think is nothing like the carrot cake I know. Really orange and covered in chocolate. I wanted to get it on the way out but after that sandwich I decided I’d wait til next time.

Looks good, I’m a Brazilian pastry noob too. Also had a coxinha from here and enjoyed it. Croquette with a nice crispy outside with a kind of dense potato layer and then the saucy shredded chicken mix. 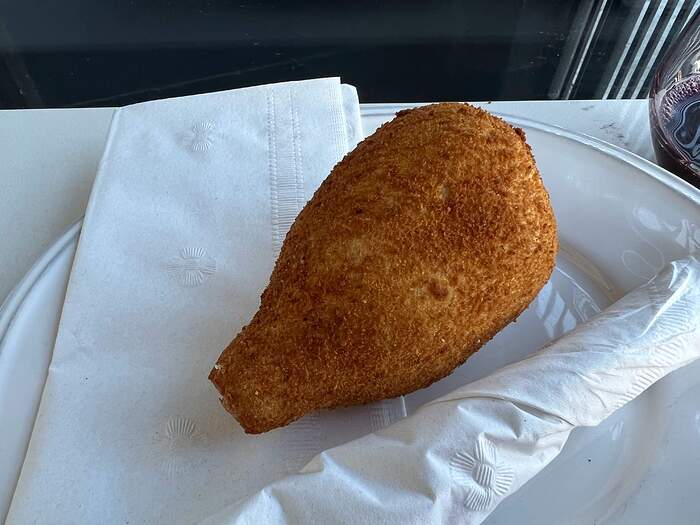 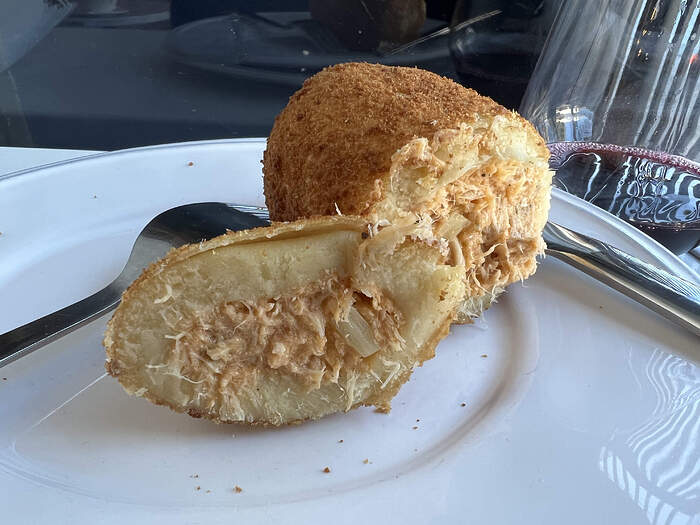 Also had an Americano de Presunto, which is a roll filled with ham, tomato, and cheese. Like a Brazilian hot pocket. Not very exciting on the outside: 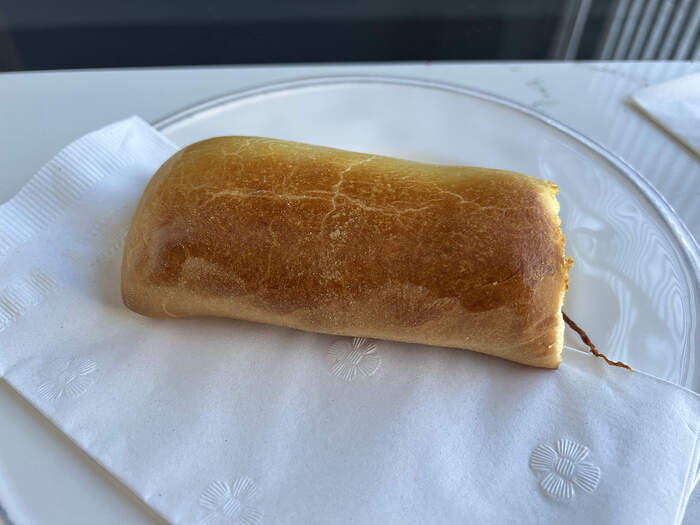 This was fine, I think it would have been better if the cheese was more melted. Both pastries plus a glass of wine made for a nice lunch. They also have beer in addition to coffee drinks and wine.

Another time I tried an enroladinho de queijo e goiabada, which is a sweet pastry filled with cheese and guava jelly. Didn’t write anything down about it but I remember it being good, with the bread layer having the texture somewhat similar to a Chinese cocktail bun (gai mei bao). Sweet and salty filling. 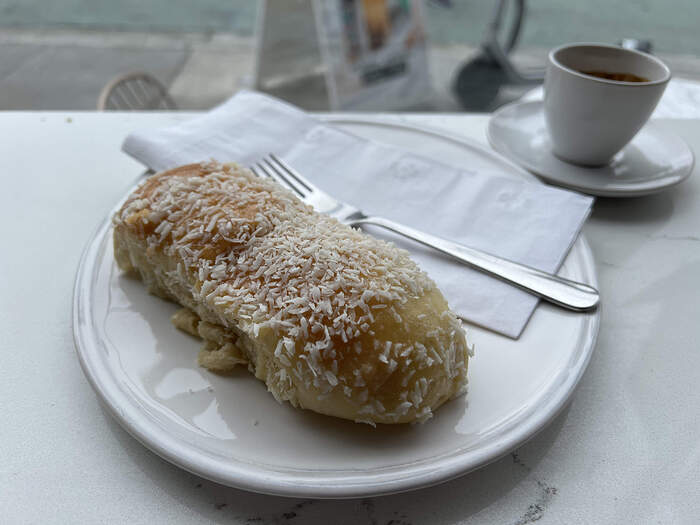 Some of the other pastries on display: 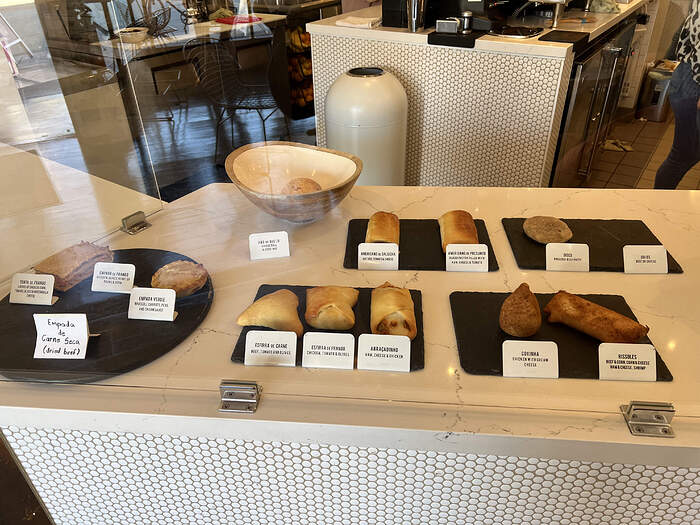 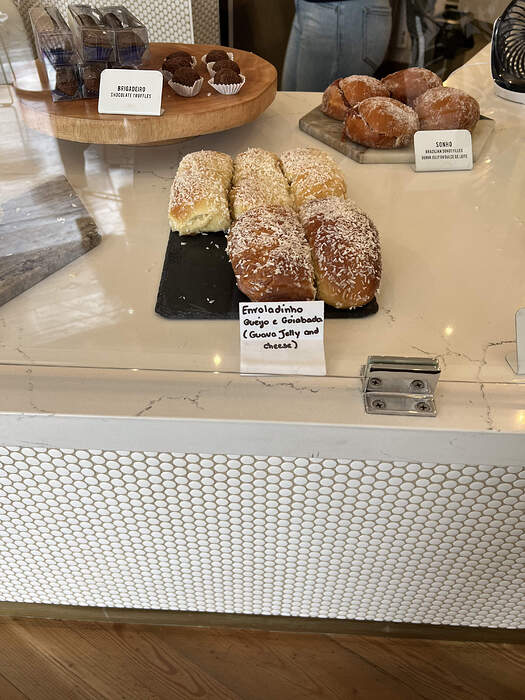 I totally forgot to mention the pastries. That guava one you got was the one I was thinking I might try next time. Somehow it reminded me of ensaymada which I’ve had a bunch (gf through college and after). But this one sounds like it’s some kind of cream cheese inside with the fruit?

It looks like you got an espresso or some kind of coffee? How was it?

I work right by the one near the Wharf. I love the pastries and the pao de queijo, but the coffee has always tasted surprisingly bad to me. They don’t have espresso drinks–just drip/filter coffee. For a while they were doing individual pourovers, but they get so much traffic now that they just have batch brew.

I totally forgot to mention the pastries. That guava one you got was the one I was thinking I might try next time. Somehow it reminded me of ensaymada which I’ve had a bunch (gf through college and after). But this one sounds like it’s some kind of cream cheese inside with the fruit?

It looks like you got an espresso or some kind of coffee? How was it?

My memory is a little hazy but IIRC the cheese was harder, more like a mozzarella. Will have to try it again! And the coffee I’m almost sure was a double espresso (the Castro location has espresso drinks). I don’t remember how it was though, so probably a perfectly fine espresso. 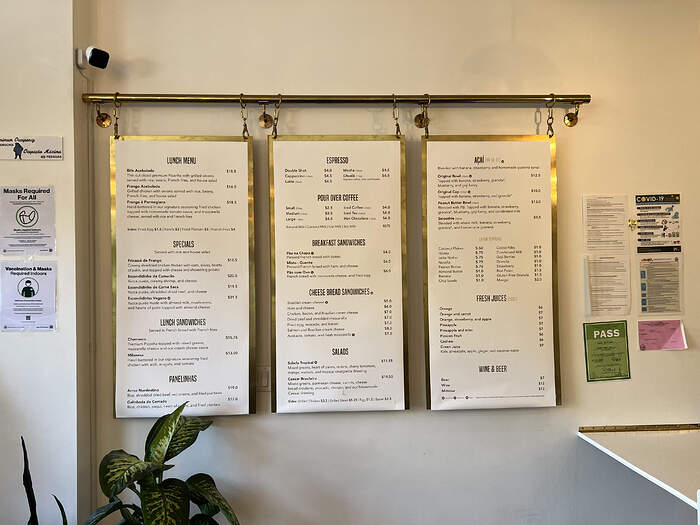 The one by the Wharf has a much smaller menu.