Beng Huat Asam Fish and Chicken Rice has been a dining landmark in Butterworth since 1945. They moved to their current location in 1962, on a street nicknamed by Butterworth residents as “Tam Chiak Kay”, meaning “Glutton’s Street” in Hokkien. Owned by the Lee family, this eatery paired chicken rice with asam fish. One can choose either fried chicken or roast chicken to complete the meal. 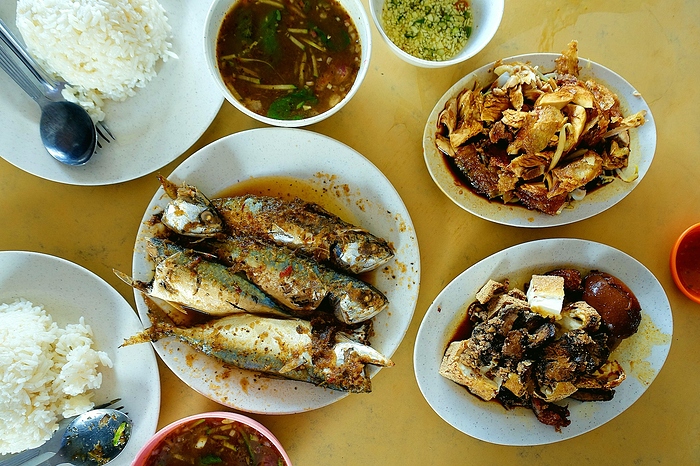 Asam fish is an interesting fish dish which transcends culinary borders - in Malaysia and Singapore, the Malays, Chinese and Indians all have their take on it. The Malays on the East Coast of Malaysia call their version singgang, obviously from the same origins as Filipino sinigang, another sourish soup although, in the case of the Philippines, it’s not limited to fish, but can use any seafood or meats.

The souring agent used for the asam fish broth is tamarind (Malay: “asam”). Usually, horse mackerel or yellowtail scad are used for this dish. The Teochew-style garlic-chili-calamansi juice dip for the fish was simply amazing!

Beng Huat’s method of pairing this asam fish dish with chicken rice was a stroke of genius, as the sourish accent of the soup undercuts the richness of the chicken fat-flavored rice. The chicken was pan-fried to a golden-skinned crispness, then chopped (rather haphazardly, I may add) before being served on a bed of blanched beansprouts, and drizzled with soy sauce. 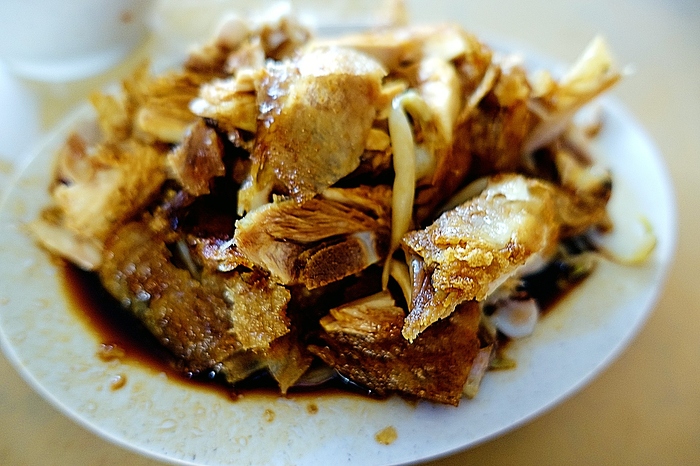 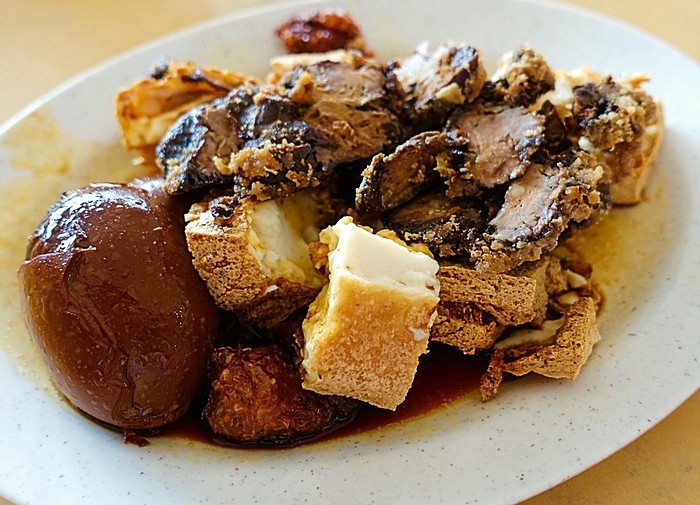 The asam soup has julienned raw cucumber and purple onions added for extra crunch. It has a murky appearance from minced fish-meat and the blended spices used to flavor the soup. The sour-sweet-spicy soup was reminiscent of the Penang asam laksa, which we’re pretty sure had inspired this dish. 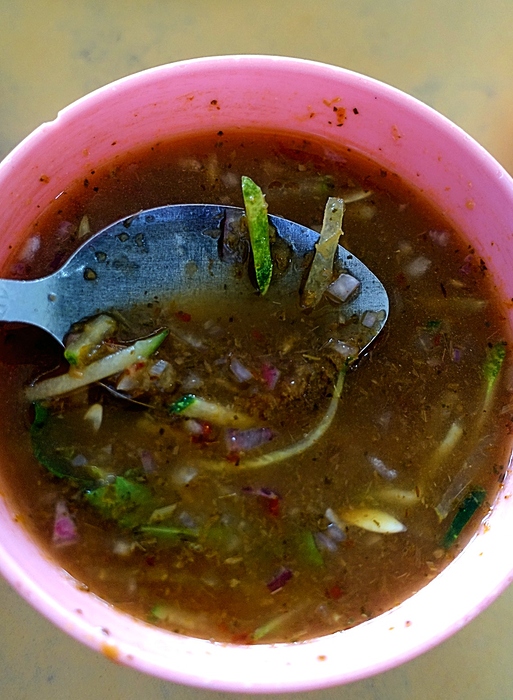 The Lee family had been running this business for 8 decades, but there are now rival factions of the family operating from at least 3 different locations in Butterworth. We came to this outlet where the 86-year-old matriarch of the family still manages, with her Son #2 and Son #3. 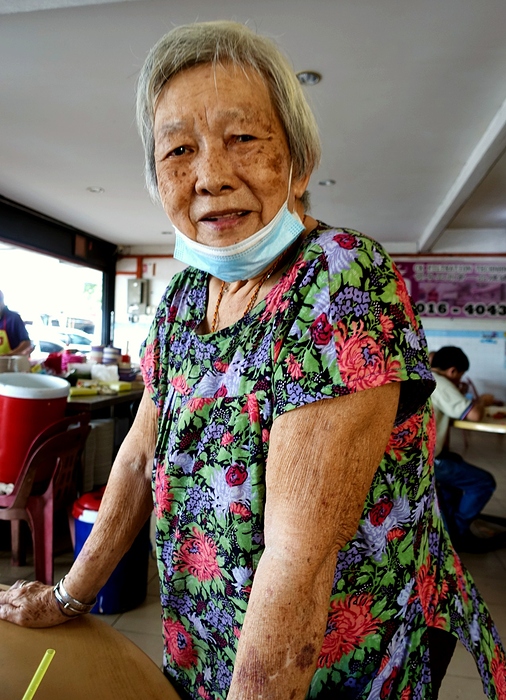 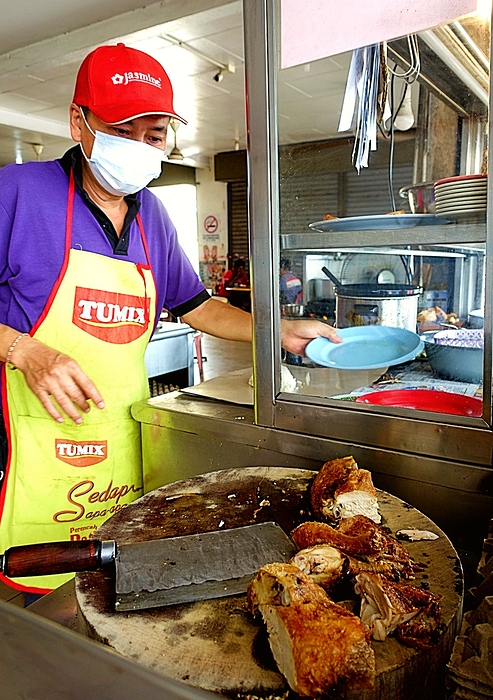 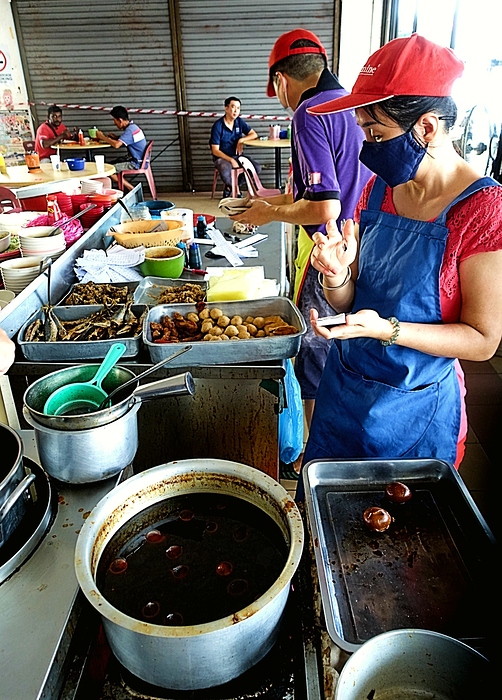 The eatery is rather spartan and the whole place has this blue-collar truck-stop feel to it. Many of the customers come from the transport companies and motor workshops nearby, although people generally come from all over Butterworth for their asam fish & chicken rice fix here. 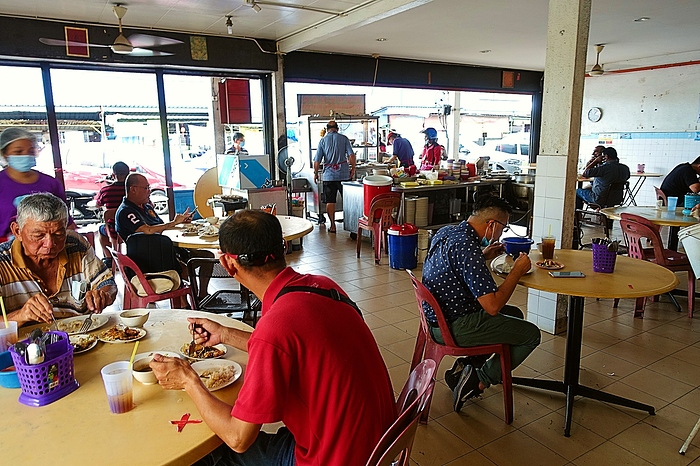 Never had Asam fish but sure sounds good.

It’ll be quite a new taste experience for many people outside this region. Very “South-East Asian” in flavour, almost akin to Thai kaeng som, if you’d tried that.

Thanks for link to Thai version of sour fish. Asam fish looks (and probably tastes) much better, to me.