On a whim, I did a search today for “bun mam” on Yelp, hoping that Bun Mam Soc Trang had magically reopened. Alas, it has not, but I saw a listing of a new place called Bun Mam Mien Tay. It’s at 833 International Blvd in Oakland, in a space that was previously called Fung Wong Bakery.

We decided to check it out. It’s in the small strip mall where Bambu Desserts is also located.

Bun mam soc trang: A very nice rendition of this dish, with pieces of pork and duck, shrimp, and clean-tasting white fish. Broth had a strong fish flavor from the mam, and noodles were good. Came with mint, banana blossom, cabbage and bean sprouts for adding into the soup, and we also asked for some chili paste to add in. Maybe not quite as good as the version at the now-closed Bun Mam Soc Trang, but not far off.

Fresh limeade - Ordered it sweet (salty is also available), and it was freshly squeezed to order.

There’s a takeaway counter with baked goods, soi, che, and banh mi. The paper menu had several items (see pics) and the menu on the wall only lists some of these, along w/ the banh mi options.

This afternoon, there were quite a number of other people eating soups (including bun bo hue which looks good). I’d definitely return for more bun mam and to try more of the menu. According to the menu, business hours are 7 AM to 6 PM (Tues-Sun) and phone number is 510-832-8182. …So, not a dinner destination — better for breakfast/lunch. 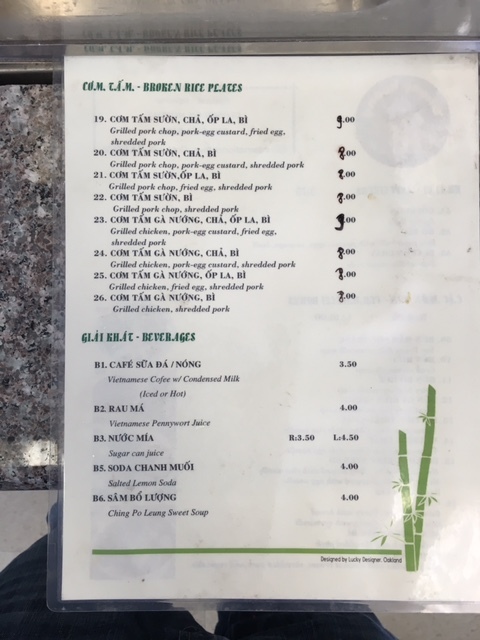 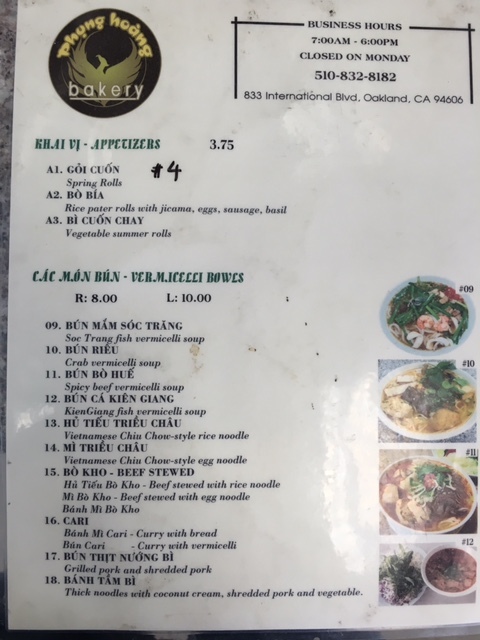 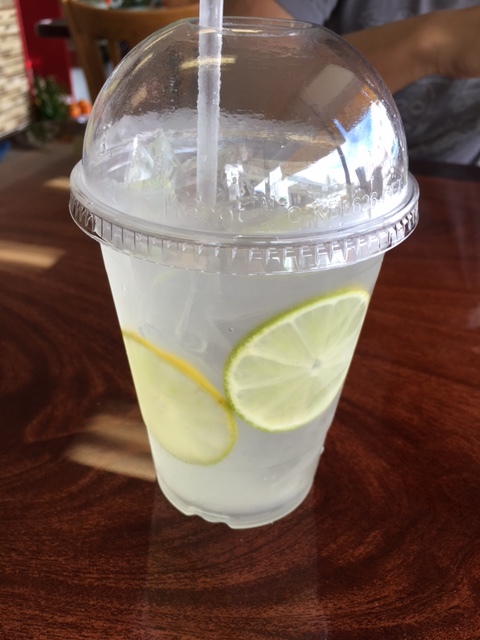 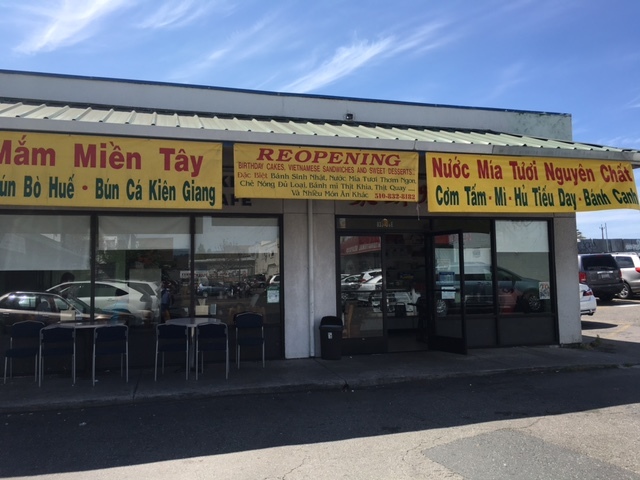 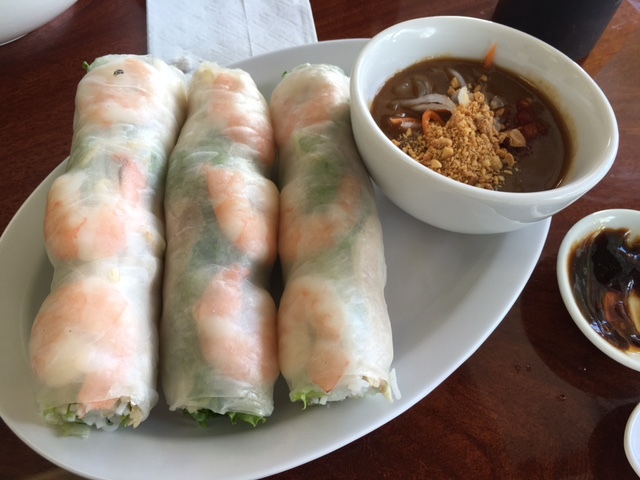 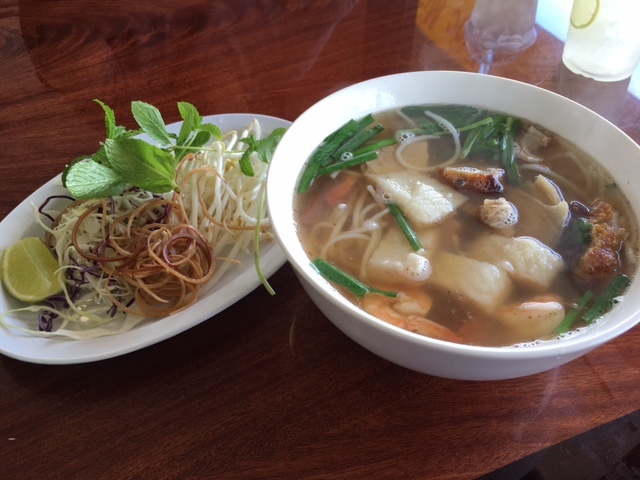 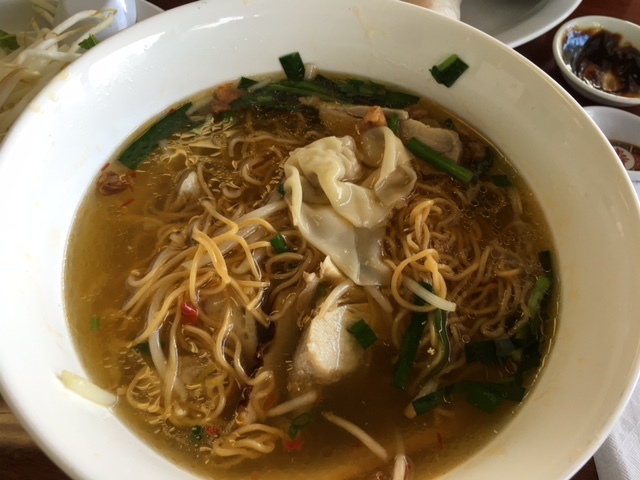 The picture of the egg noodle dish was taken after we had eaten some of it already!

They do advertise their bun bo hue and bun ca kien giang quite prominently on the banner. and they didn’t even advertise the bun mam soc trang. Im interested in trying all of these.

I wish there are noodle breakfast places like this place in the peninsula. As an aside, last time I tried to order a bun bo hue by saying the name of the dish like an english speaker, the guy totally did not know what i was talking about. It was a feeble and embarrassing attempt…

went today, very disappointed in the Bun mam soc trang. Pork was tough and meager, fish was tasteless, broth did not have a strong fish flavor – I had to add fish sauce at the table. Maybe they toned it down because I appear to be of the Caucasian persuasion. The server had the nerve to offer me a fork. I guess I have to “self-identify” as Asian (equal opportunity for the “trans-racialed” or “racially non-conforming”?). The only herb to add was mint. Pales in comparison to the Bun Mam at Mong Thu Cafe at 248 Hyde Street in SF Tenderloin (which also closes before the dinner hour). Mong Thu offers several types of herbs and a strongly flavored broth.

That’s too bad! You might be right that they toned it down, since when I went there was definitely plenty of mam flavor. I was dining w/ a Vietnamese-speaking dining companion, though.

I’d like to try Mong Thu next time I’m in SF!