Bukit Tambun is a tiny sleepy fishing village on the mainland part of Penang. What catches one’s attention when one drives into the village are its rainbow-coloured rows of traditional Chinese shophouses, most built circa 1920s. 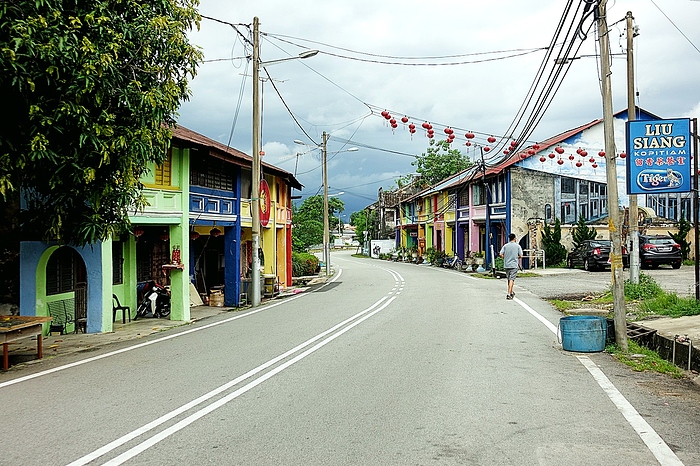 Life flowed at a languid pace here, as the fisherfolk go out to sea before the break of dawn, coming back in the early afternoon and, after sorting out their catch and loading them onto transports that bring them out to Butterworth, or to the main city of George Town on the island across the Penang Straits, would laze around in the coffeeshops or small rest areas dotting the village.

Salted fish laid out to dry by the quiet road cutting through the village centre. 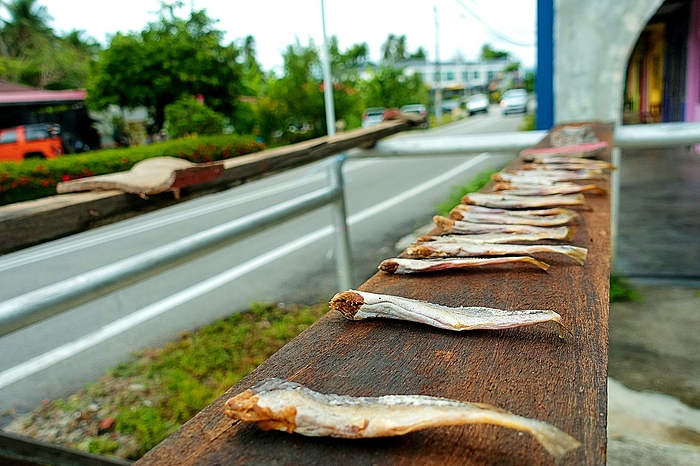 The village’s fortunes actually changed some time in the 1990s when an enterprising villager decided to open a seafood restaurant by the river-front, offering fresh-off-the-boat catch cooked anyway one desired. First, the Mainlanders came - from Bukit Mertajam and Butterworth. Then, as news got around, Penang islanders started driving across the bridge from George Town to check out this place which “charges unbelievably low prices” for their seafood dinners. Business went through the roof, more villagers joined in and opened rival dining establishments - all pretty rustic set-ups: wooden constructions on stilts perched atop the Jawi River that meandered lazily through the village.

Today, there is a clutch of seafood restaurants that still pulled in the crowds, mainly in the evenings, to this quiet little hamlet.

We decided to lunch at Jetty Seafood Restaurant today. It’s supposedly the most popular one, ahead of its other two most well-established rivals, Prawn Village Restaurant and Floating Seafood Paradise, plus at least half a dozen other similar set-ups. 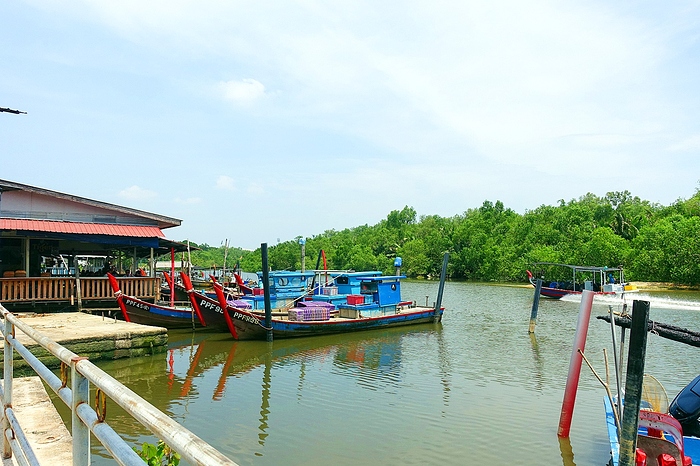 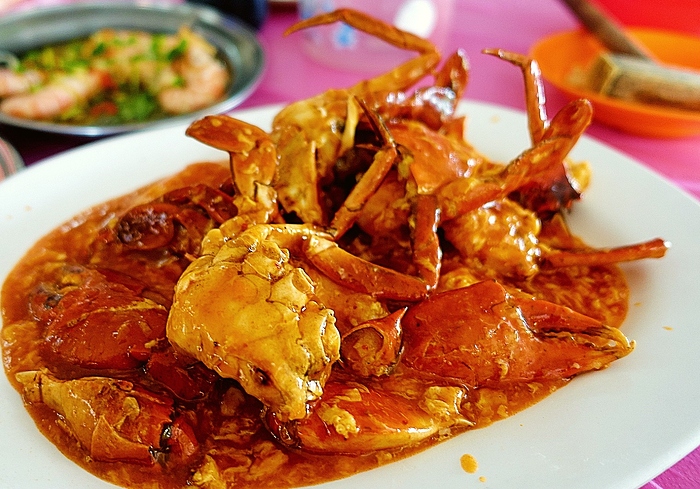 The lightly-fried knots of mantou buns were pleasantly light and fluffy, with a slightly sweetish tinge. They were perfect to dip into the chili crab gravy. 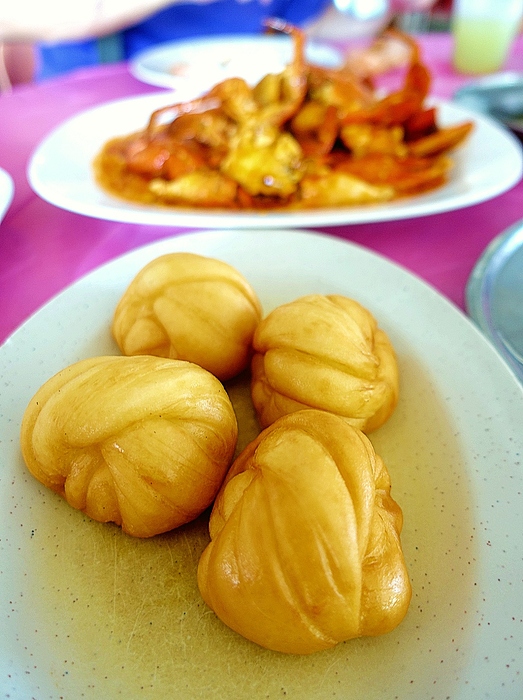 It was something alien for anyone growing up in Singapore, or even Penang. But, somehow, this style of cooking has slowly seeped into Penang’s culinary repertoire in the past decade or so. Thankfully, the version here is pretty mild, with none of the obnoxious, in-your-face, flavour sledgehammer which KL-style Chinese cooking is known for. I actually enjoyed the gentle rendition here. 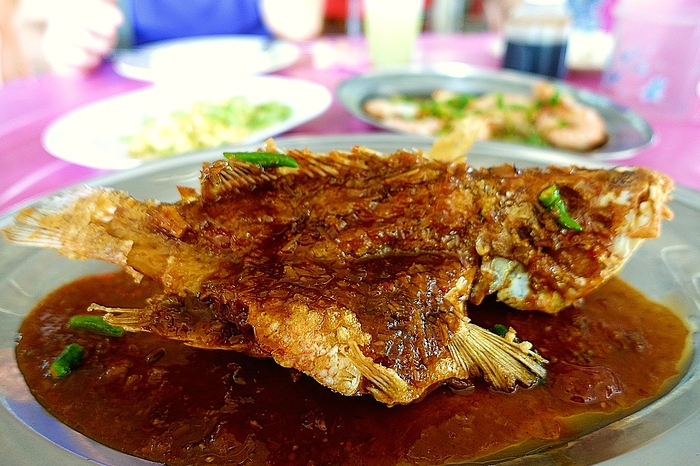 Prices here have doubled, nay, tripled since the early days of Bukit Tambun’s foray into the seafood restaurant business. But it remained very reasonable - the total bill for this meal for the two of us, plus some beers, was MYR120 (US$28)! 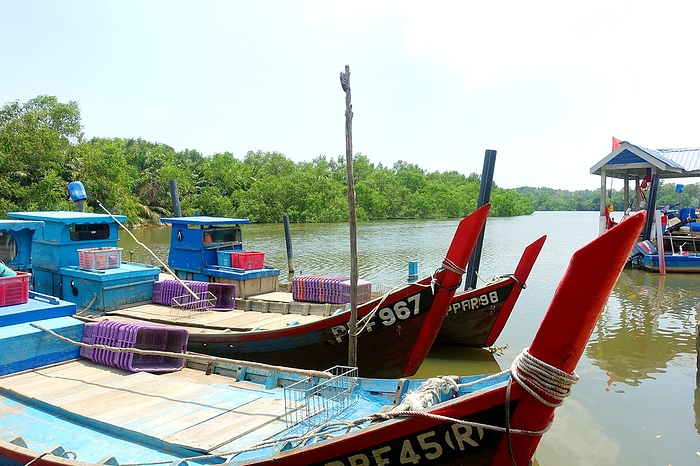 My kind of town. Great food! Not to mention the prices (even if they have doubled or trebled).

I’ll take the smaller Penang crabs. Price-performance ratio is better. They don’t cost 50 dollars each like in Singapore

Yes, I do find Singapore to have become frustratingly expensive, especially in the past decade.

Thanks for sharing the background to the meal, Peter. Always appreciate it when you tell us a story as well as telling us about the food.