We were looking for a place for Sunday lunch in Fairfield and we decided on Brick and Wood. I have heard good things about the pizza and wanting to see if all of the raves were accurate. I ordered the “MEAT TRIO,” topped with “b+w pepperoni, sausage and prosciutto cotto.” It also included dollops of B+W’s house-made mozzarella cheese.

When the a 12" pie arrived, it looked perfectly prepared, the edges had a nice char and the meats were proportional and abundant. I first tasted a few pieces of crust. They were light, airy and pillow-y, it was one of the best around, but could have been just a touch sweeter and could have delivered a little more bite. I next decided to taste each of the meats; all of them were tasty and delicious, and the mozzarella was even better. The sauce was next; the menu stated San Marzano tomatoes, which have an inherent sweetness and these were very sweet.

I then wanted to try the entire combination together. I pulled one of the six slices way from the pie and lifted…total failure by the crust in the center. It flopped like a wet noodle. It was on to the knife and fork method, no worries since I knew this might be an issue given the number of toppings I ordered. The sauce, meats and cheese were balanced, none of them took center stage, they worked in unison. The crust, unfortunately, was missing in action, overwhelmed by the other ingredients.

Overall, the pie at Brick and wood had great toppings and an excellent texture in the crust. I understand that my choice of toppings was extreme for a crust that was developed for sauce and cheese only, but in addition to no structural integrity in structure, it did not add any flavor.

Thanks, JF. Always glad to hear about a new place!

Jfood we had a similar experience with the Pizza from the pizza vita truck in NJ. The house made
meat toppings were so good we didn’t care that the crust deflated when the pizza was being cut.
Brick & wood is on our short list of pizzas to try. Is the deflation, floppy crust thing primarily a wood burning oven problem?
PS I’m getting sick of writing and reading my own posts…I’m certain I’m not the only one…Please readers say something … please 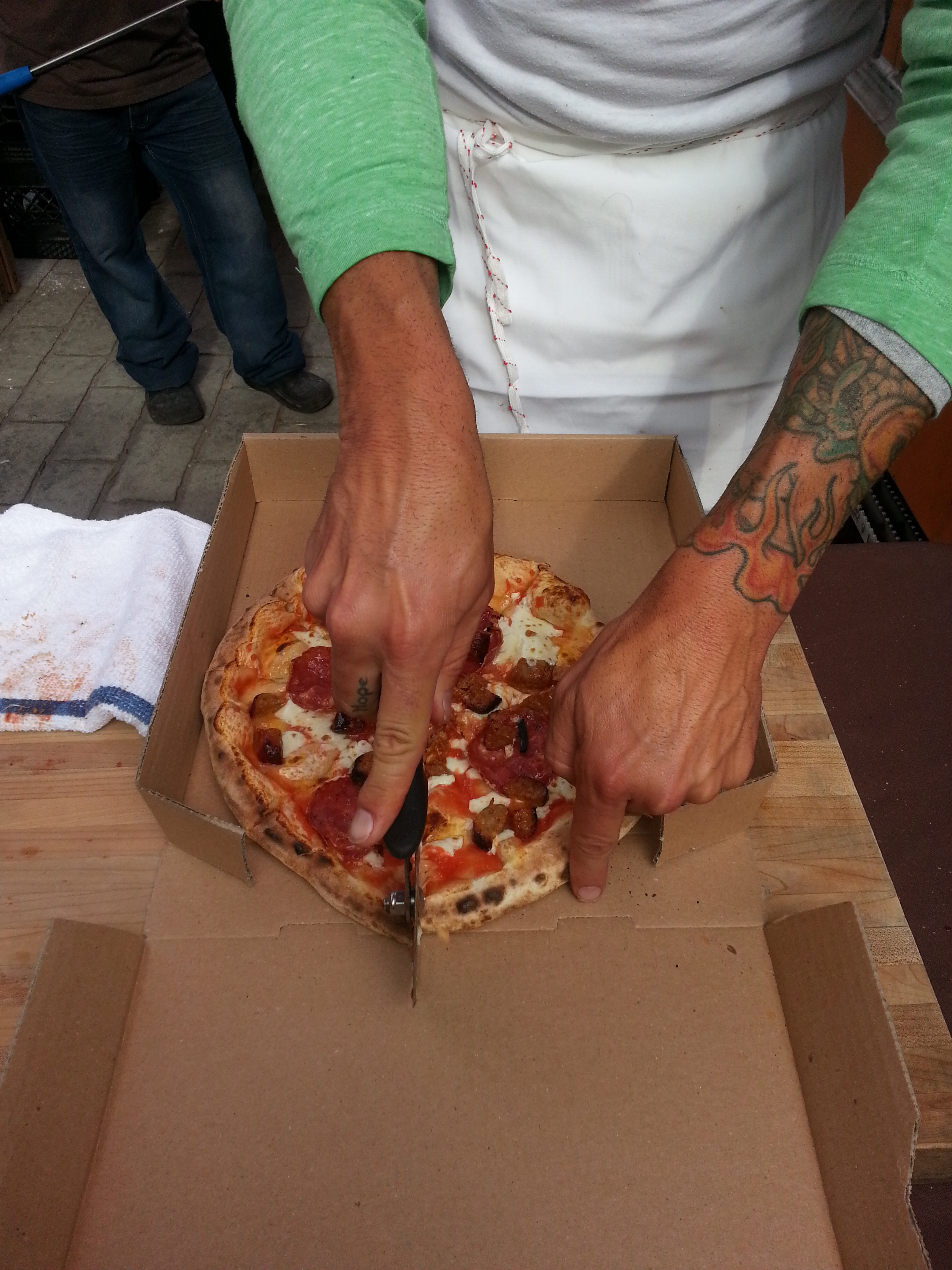 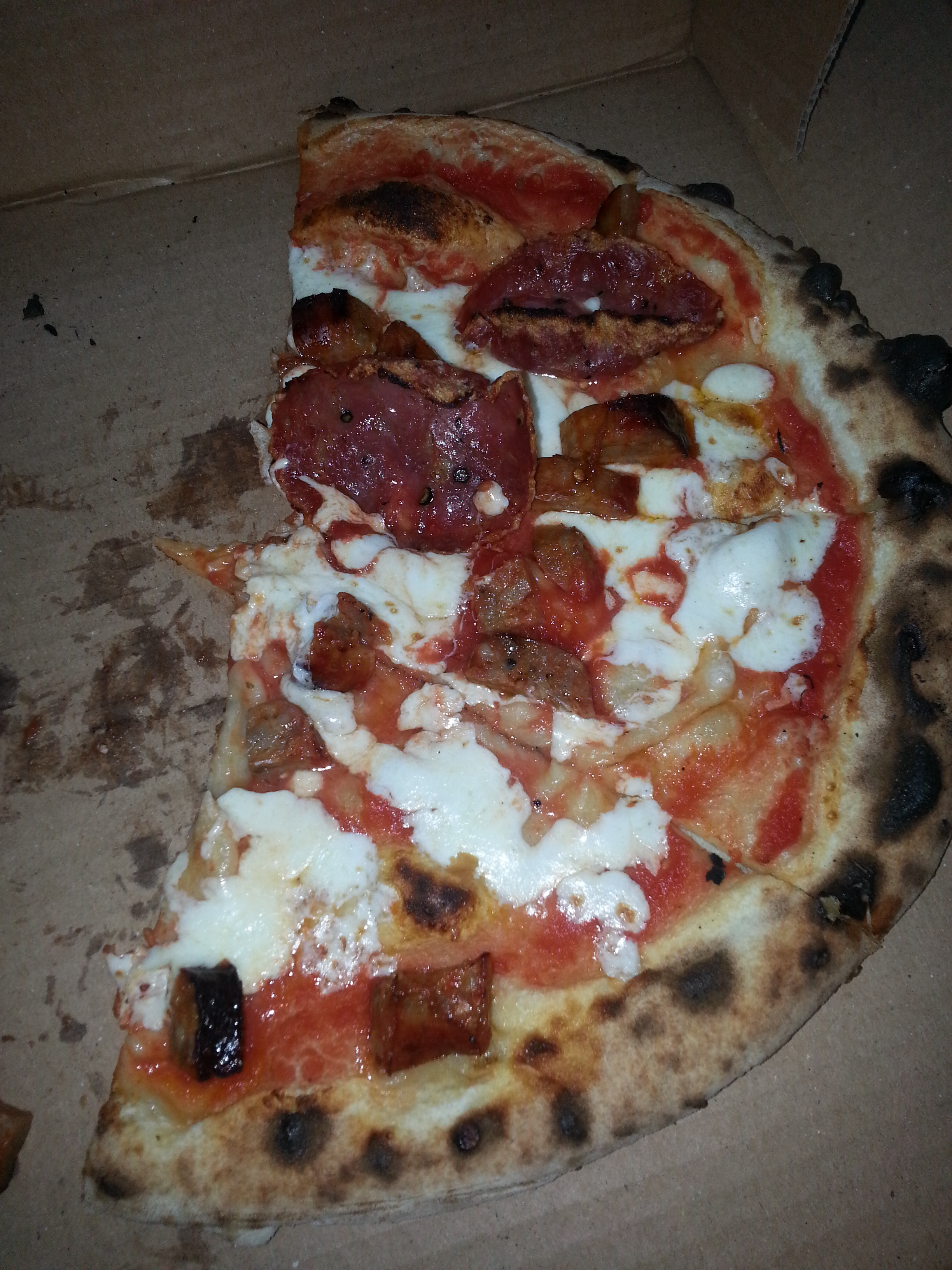 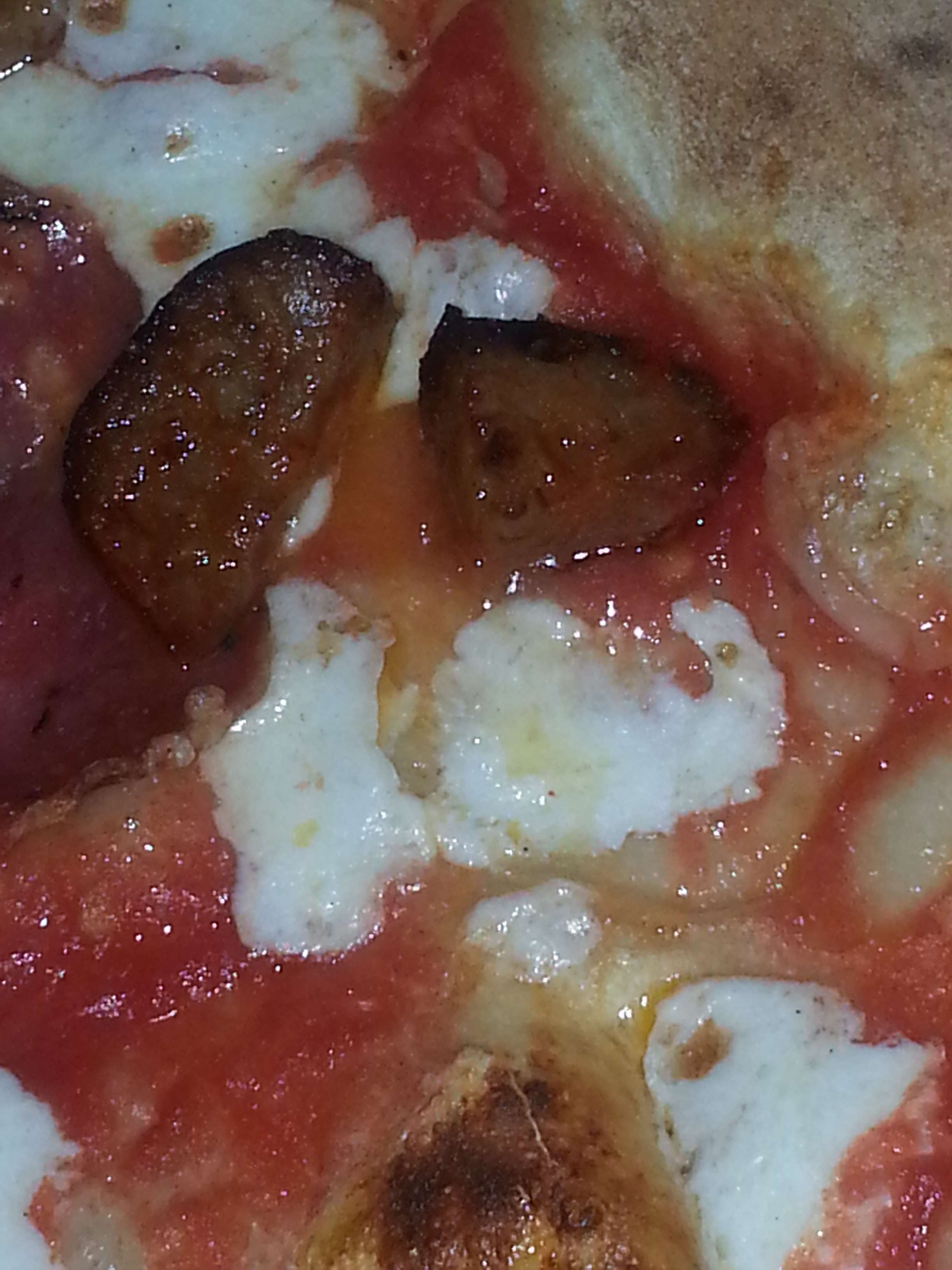 “Crust deflated when the pizza was being cut.” Really?
I guess I am overwhelmed and deflated by the preponderance of discussions about pizzas.

No excuse for a crust that won’t stand up to the toppings,.I (occasionally) stop in Pelham for a slice- the one I really like there (and it is sooo healthy) is a sausage slice. A really good ny slice but elevated by about a 1/2 Lb. of old world (yes somewhat greasy) non-gourmet sausage (if they would only offer it with hot sausage).Somehow the slice can still be eaten properly (fold and lift). Thicker, but just as good crust. Still don’t know how it works with a much stronger crust,but it does. I think it is called Pelham pizza (not sure). It is about 1 to 1 1/2 blocks up from town hall,on the other side of the street.

Me too!!! And bagels

NIce pix, CD - does that count? Where are all our peeps?

No, it had much more meat and was more balanced. That pie looks like a 12-YO made it.

How are ya? Been a while.
Why the buzz kill?