Finally made it to Bravo Peru, a small place off the beaten path in White Plains. No English menu but the friendly owners speak perfect English and gladly translate. There are 2 tables and a few bar stools at the counter, but is it more suited to takeout. Service is slow because everything is made to order, but worth the wait. I ordered the Lomo Saltado and Pescado Salsa Camarones . I really enjoyed the Lomo Saltado. It had a seared taste because the beef is exposed to an open flame when cooking. The Pescado Salsa Camarones (shrimp and fish in a creamy garlic? sauce) was also very good. Portions were large, at least 2 servings each. I will be back, perhaps to try some of the tallarin dishes. 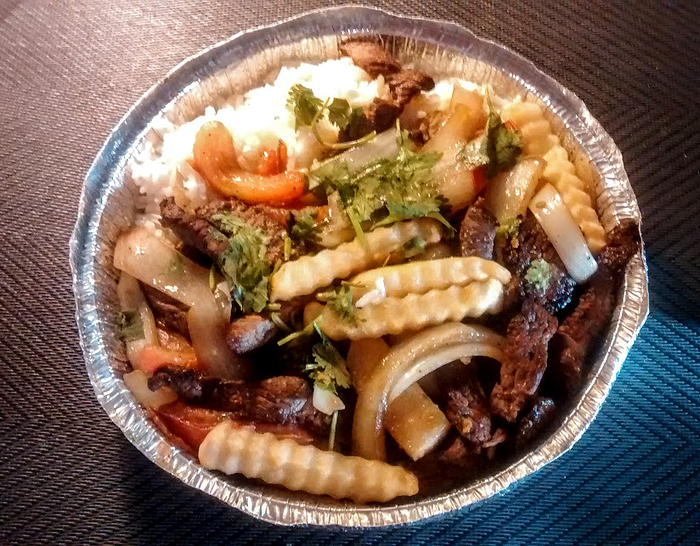 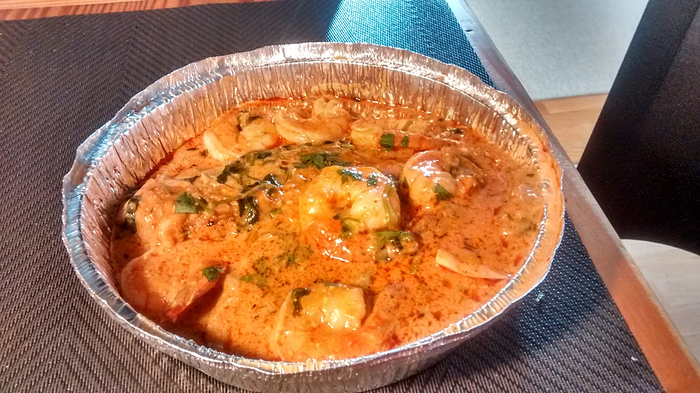 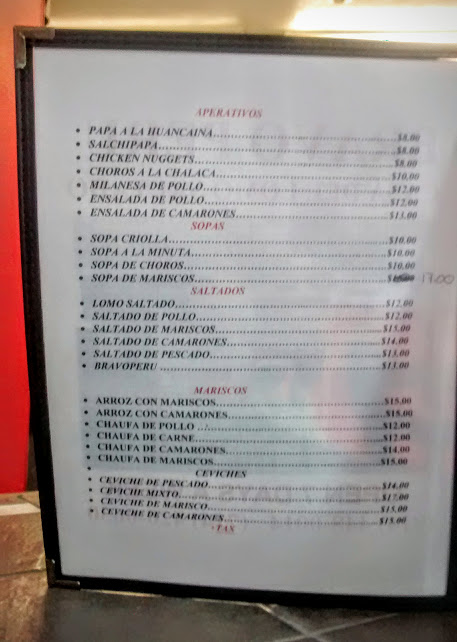 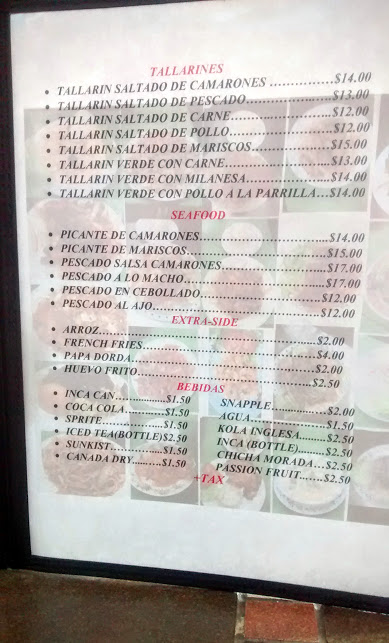 Yes, thanks for the heads up! I have been looking for places that serve down home Brazilian fair in Westchester. Will give it a try sometime. I had posted another thread about it…

Be careful where you park. I just noticed a ticket on my windshield, $40 - no parking loading zone. I didn’t see the sign when I parked. I thought I was in luck when someone pulled out a few spots from the place. There are more parking spaces up the block.

Thanks, Gwenn. I have been interested in both cuisines lately…

I stopped by twice before I found out they open at 2pm, if they feel like it.

They have no menus in English, and no take out menus. They are much friendlier to Spanish speakers. They do not cater to English speakers at all. On my third visit, the second visit on that day, I finally found out their hours. I waited inside for several minutes as the staff, a young woman, older woman, and a man, walked by me several times without even acknowledging me. When I finally got their attention, a woman in her late teens or early 20’s came over. I mentioned they might want to put a sign on their door with the hours, and she didn’t care at all about my suggestion. Basically she said that their customers know when they are open. I got the exact same comment when I suggested they might want to get take out menus, and menus in English.

I only stopped by for some ceviche, and when I first ordered it seemed they had it available, then when that was the only thing I was ordering, they suddenly didn’t have it. I asked if they cared if they were excluding English speakers, and basically was told they don’t care. They get plenty of business. No problem.

I speak and read a small amount of Spanish and can usually get by. I dated a Peruvian woman when I was in my early 30’s, and have been to Peru twice. I love their food culture. But as soon as I walked in the door, a tall, big, white middle aged man in a Hawaiian shirt and shorts, I got attitude.

All in all, I was offended by their customer service, and won’t bother going out of my way to go back. Especially with the lack of legal and safe parking. I’m a nice and courteous person, but don’t stand for nonsense. I haven’t been treated as poorly as that in many years, if at all.

Wow, not good JMF…thanks for the report.

I had quite a different experience with their hospitality. Don’t remember whether or not they approached me when I entered, but when I asked for a takeout menu, the man there told me that they do not have takeout menus or menus in English but that he would translate it for me. Not only did he translate but he showed me the corresponding pictures on the wall for some of the menu items. When I inquired about what his daughter was eating he replied that it was not a menu item but gave me a sample to taste. While I was waiting for my food, he changed the TV station from sports to something else apparently to accommodate me even though I could care less about that. And he insisted on carrying my food (2 bags) to my car. His daughter and wife? were also friendly. Left me with a good feeling about them as well as the food. By the way, I am not Hispanic and that did not seem to matter. Perhaps they just were not amenable to your suggestions before any other dialog.

Now, that’s the type of story I like to hear…

Foodygrandma, it’s nice to hear you had a different experience. While mine was so opposite.

It’s really too bad that you had such a poor experience there and didn’t get to try the food.

I’m dying to try this place. I stopped by last week and they were sadly closed…again! Is the food worth the trek back? (Note - I’m a Spanish teacher, so language isn’t a problem!)

Their lomo saltado was good, though not spectacular. I honestly can’t remember what else we had, maybe a tallarin? Nothing was bad. The wait was really long, though, even after ordering in advance by phone. One saving grace is that the chef puts on a bit of a pyrotechnic show that helps alleviate some boredom and gives the food some wok hei. We are not native Spanish speakers and had no trouble ordering or picking up.

Sounds great - thanks! Excited to go back and try again!

Hope you enjoy it!