It’s been ages since I dined out. Even during the couple of reprieves that restaurants have had, I’ve not bothered to book anything. This time around I knew I’d be vaccinated and I wanted to do something finally. I can’t say it wasn’t worrying - there were things that I am still uncomfortable with - not being able to see a venue check in until I was looking at my photos later, feeling the tables were a bit closer than promised, feeling that the enclosed patio was perhaps too enclosed, not every server wearing their mask every time they approached the table… But anyway, back to the point.

I wanted to check out Brat - the original one is on Redchurch Street in Shoreditch, but last autumn they opened a pop up in a little back alley by the arches in Helmsley Place, Hackney - pretty much local. When I saw they were re-opening as a permanent location I took a quick look at their reservation times and, by choosing an early (5pm) dinner time I managed to get a date! A day or three later there was nothing.

Helmsley Place is not pretty. It’s under the railway arch and down a shabby alley/yard in amongst quite a bit of dereliction. I noticed, however, there are a few places there now so I’m sure we will see this change, as other arches area have done in London.

My friend and I had decided we would share small plates, my favourite way of eating. We chose a roasted oyster each, grilled young leeks with bottarga, the infamous ‘anchovy grilled bread’, smoked potatoes, and lagoustine with blood sausage and beans. For dessert we each had the burnt cheese with rhubarb. My friend had a pint of lager and the bill was around £72. Verdict: Oysters were barely roasted so tasted like a hot but raw oyster. I liked the less-cooked-than-expected leeks but my friend didn’t since the bottarga was enclosed in what seemed like a soft cheese or cheese sauce, topped with a very crispy crumb - nice contrast of flavours. The anchovy bread was slightly chewy and garlicky topped with just the right amount of fish - overpriced at 6.50 but splendid. The smoked potatoes were a bit less soft and definitely less smoky than I’d have preferred but swimming in melted butter they were comforting. The langoustine were also slightly undercooked in a good way, the beans were like fancy baked beans with a bite, and the blood sausage was great - I would have liked more. The cheesecake has no crust at all and was a nice light texture, the rhubarb quite tart on top of some thick cream - nice that wasn’t too sweet and heavy. We were stuffed.

I’d consider coming back, when I’m less nervous. The brunch menus I’ve seen look nice and perhaps one day I’ll risk one of their mains - they sound amazing but expensive (their renowned whole tubot is £95) so it’s harder to sample other things.

Thanks Jan. I have a better feel for the place from your review than Jay Rayner’s in last Sunday’s Observer 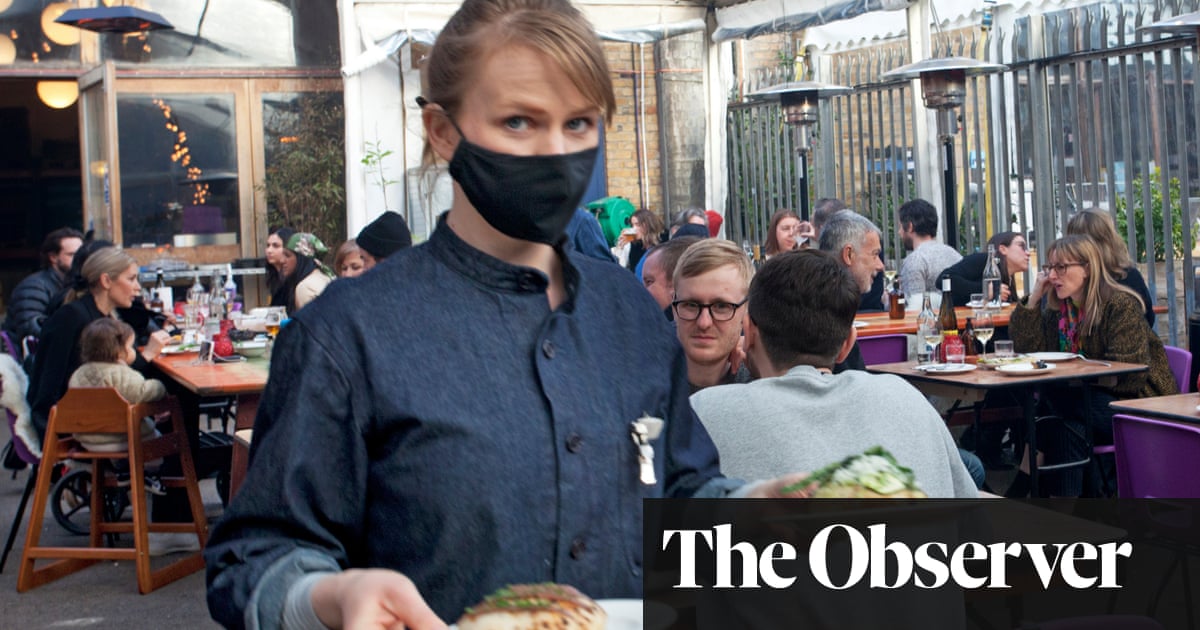 Our first night out of lockdown captivity, and it’s swoon-worthy small plates in Hackney. By Jay Rayner

Hope you’ve been keeping well while you’ve been away from the forum. We havent risked a meal out yet although a lunch is being forecasted for next week and we do have a dinner booked for 19/5. If we do the lunch, it’s not an enclosed space and the dinner place was very reassuring when we went there in the summer. But I do share the nervousness here.

Glad to see you back @calam1ty.

Yeah, I’m OK during this very long Groundhog day, John. There are times of total despair but also some found peace. I suppose. I really miss dining out - especially the solo lunches I would do to get some space. We haven’t even really had takeaway, although lately I have insisted on doing one a week from somewhere cheap, cheerful, and reliable - not that easy in hip Hackney, no matter what anyone tells you. We are after all the culinary epicentre of London, they say.

Anyway, praise indeed to beat Jay at his own game. Sometimes those things just don’t get to the point! Did you feel tempted to eat at Brat?

Can’t wait for your own review in May and meanwhile I’ll try to rustle up reviews of our takeaways and at home cooking adventures too!

Did you feel tempted to eat at Brat?