Justin and I celebrated our anniversary tonight at Brando’s after much debate and driving around. It was nice to be at an actual restaurant for the first time in a while! We are fans of their sister restaurant Nonna’s in Englishtown, and the food here was just as good if not better, and with a much livelier atmosphere.

For an appetizer, we had the Eggplant Tower with fresh mozzarella, tomato, and balsamic reduction. For entrees, I had scallops over zucchini risotto with pistachio brown butter. It was perfectly cooked and delicious. Justin had the white truffle pizza and added Italian sausage. Our table had a view of the roaring flame of the pizza oven and also the restaurant’s beautiful bar. To drink was a couple of Bombay gin martinis for me, while he tried a blueberry and mint cocktail as well as a chocolate martini. Dessert was an obligatory cannoli. 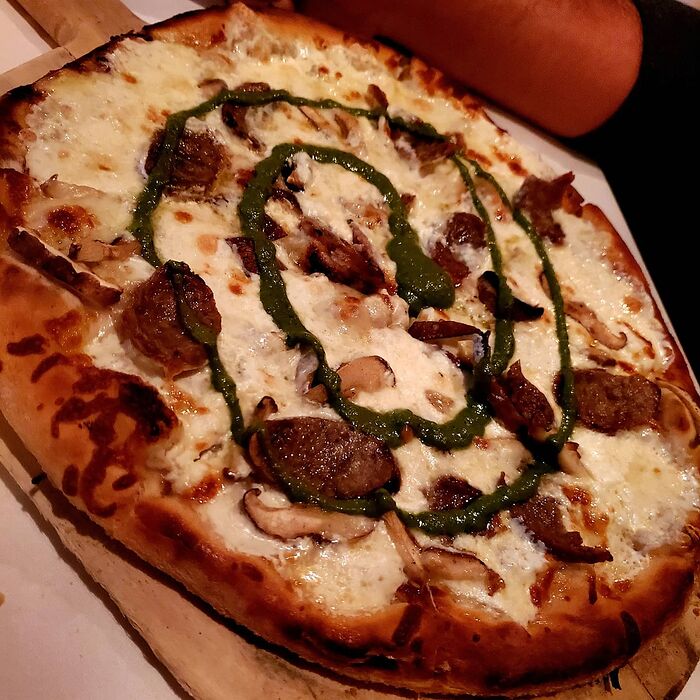 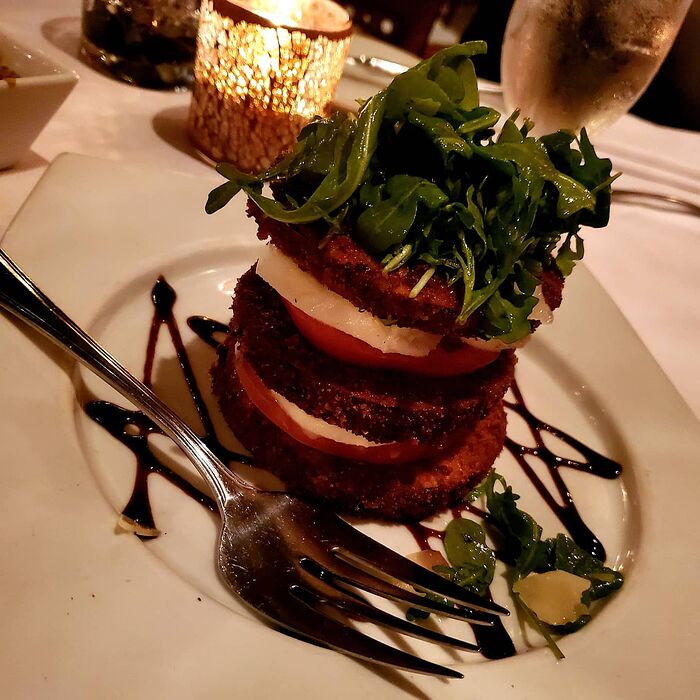 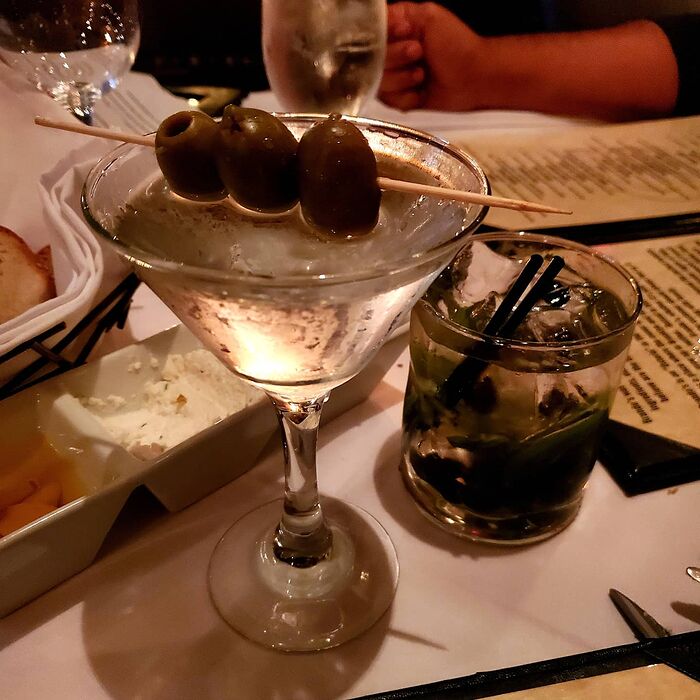 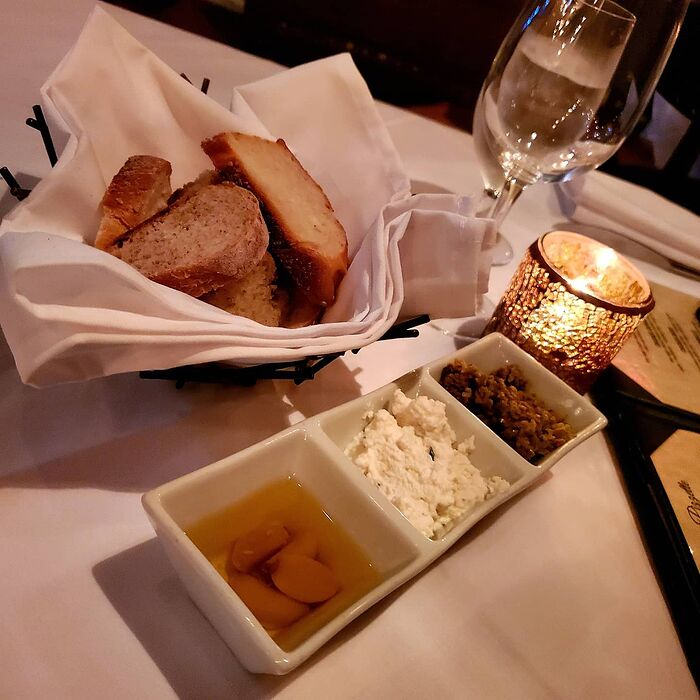 We would definitely come back here. Our server Theresa was outstanding, the atmosphere and vibes were great, and of course the food and drinks more than satisfying. It was great to feel “normal” again as well. They had a few tables outside which we contemplated but it was a bit chilly. In we walked to a roaring and bustling restaurant which was really the first real restaurant experience we’ve had since the pandemic started. Safety concerns aside, how nice it was to be among people again. Also, I have to say that while we have always liked Nonna’s, Brando’s was definitely more adult. No children running around (as is sometimes literally the case at the other place). Glad we spent our anniversary here. No complaints.

I’ve only ever been there during their excellent happy hour (at least, pre-pandemic)… Glad you enjoyed it!

Happy Anniversary to you two!

It looks like a fabulous evening all around. Happy anniversary!

They also have excellent steaks available, generally they are on '“special”. I’ve enjoyed several meals there and their other sister restaurant Osteria Cuccina in Marlboro. Glad you enjoyed and Happy Anniversary.