Here they are - anyone feel anyone was left out or heavily screwed in their ranking?

(There are actually several on this list that I’ve never heard of or seen mention of in the 3 years I’ve lived here . . . . I gotta get out more) 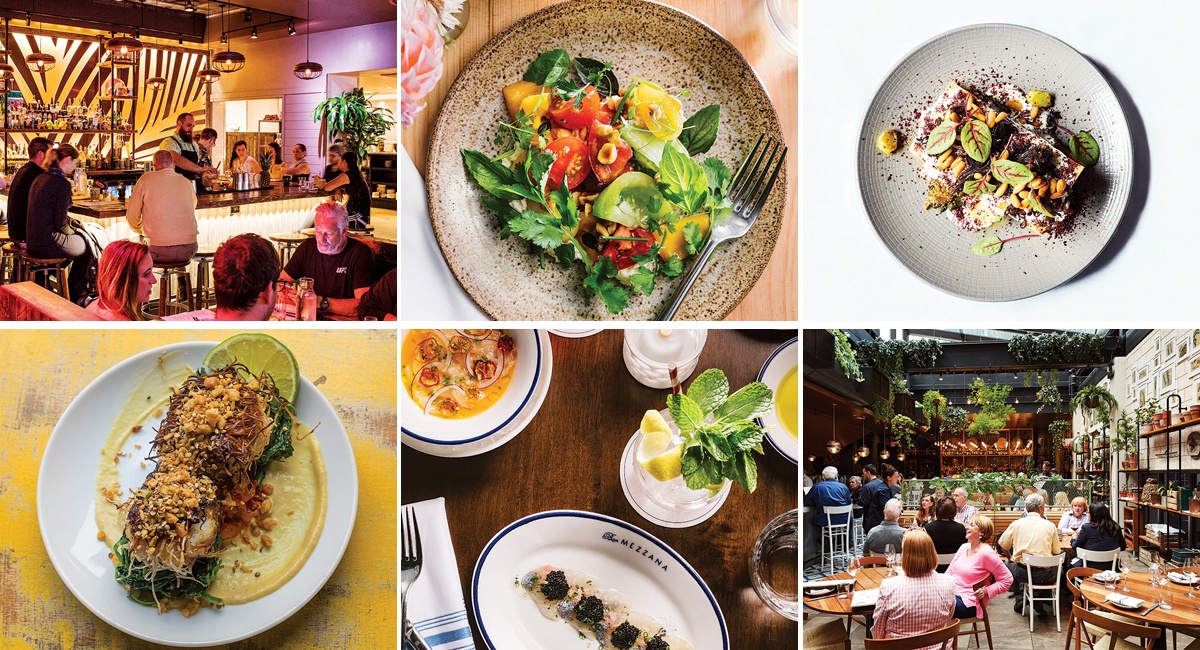 Our updated list of top spots that make our town a true dining destination.

Here are the ones I’ve never heard of . . . . not a comment on how good they are, just on my lack of knowledge - a couple of these maybe I’ve heard of but I’m so unsure if I have or not, that I think I’m probably making it up so I don’t feel so disconnected from the Boston food scene. . . . its a lot of places I don’t know a thing about

I haven’t eaten at enough of them to really have an opinion except I am a bit surprised Cafe Sushi did not rank higher. I think @rosulate (robber baron/baroness?

) tends to have eaten at many of them in many years. Something we can all aspire to…

2nd on Cafe Sushi needing to be much higher. I’d personally rank it above Uni and O Ya.

I also think Pammy’s should be higher, it’s considerably better than somewhere like Bar Mezzana in every way.

There’s lots to quibble with here, but no where I’d say is flat out terrible. Per usual Bo Mag seems to have given a heavy nod to their advertising patrons.

Have to think Barbara Lynch is a bit chagrined that Menton checks in at #22 and No 9 Park all the way down at 32. On the other hand, they are both still in business. But soon-to-be-gone Erbaluce is up there at 13.

Haha! A friend actually recently told me that between the two of us, we’d gone to 48 out of 50… Certainly no indication of our net worths, however - merely inability to resist temptation!

Seems like a reasonable list overall, as far as fine dining goes. I’ve gone to each of SRV, L’Espalier, and Cultivar 3+ times this year, and would do the same for some of the Cambridge/Somerville spots (Cafe Sushi, Pammy’s, maybe Fat Hen, maybe Field & Vine) if I lived on that side of the river. On the other hand, my two personal favorites are nowhere to be found, and I’d probably say at least half of the list is solid but uninspired, or ambitious but hit-or-miss, or full of potential/talent but dumbing down their food for the audience, or interpreting the fusion small plates trend as food that’s half as good as the real thing at twice the cost, or memorable but still wildly overpriced.

2018 was a good year for new openings, with places like Chickadee, Nahita, Bar Lyon, and all the new noodle spots. Will be interesting to see if/where those show up in the years to come.

As usual, I’ve nothing to say, except to comment that the linearity of such lists make them meaningless. Come on BM, it’s the 21st century. Can you not produce a graphic showing the multidimensionality of food excellence rather than lazily, simply say: Best, next-best… done my duty.

It’s like asking, who was better, Picasso or Einstein?
As humans, both were shitheads.
As artists, P has an edge.
As mathematical-physicists, E has the upper hand.

That’s the problem:
How do you compare a sushi restaurant with, say, Oleana?
How do you rate a restaurant such as Cafe Sushi that does one thing excellently (omakase), but everything else averagely?

my two personal favorites are nowhere to be found

So, enquiring minds want to know: what are they??

Also, Cultivar 3+ times? I absolutely loved the food but it was so loud that my DC and I were unable to converse and the waitress couldn’t hear us. Was that an anomaly? Or have they done something to mitigate the noise? I would happily eat her food if I did not feel assaulted by noise as I did on my one venture there.

Always happy to hear your thoughts, wish you were around more!

Interesting list. I’ve been to 31 of them. There are a few I still need to hit.

They are, in fact, Laughing Monk and Brassica - high marks across ambition, consistency/execution, and flair for the unexpected. Also, wonderful hospitality.

Cultivar - hmm, sounds like I was fortunate to be able to bypass the issue. We always went straight after work, when it would be fairly empty, and thus less noisy. And once I went specifically because they were serving a dinner menu at brunch time - to fit it into a day of three separate 3-course meals…

And thank you for the kind words!

OK you are totally my hero, I aspire to be you!!

Laughing Monk and Brassica are firmly on my list, thank you!