Boston Market in the news 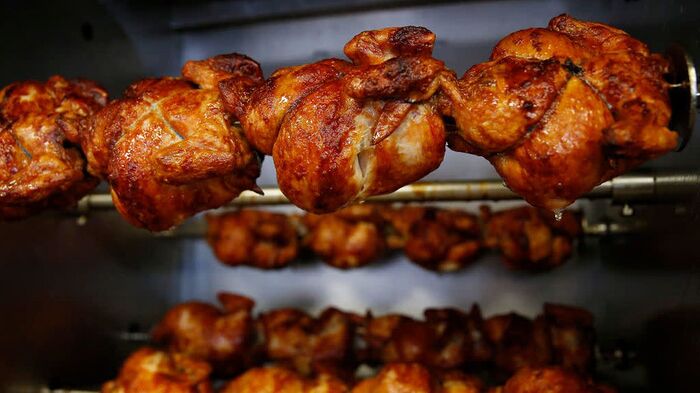 Remember the golden days of Boston Market? I was a teenager then, and I remember for a while the big push to make it the next big thing. Then, later, everything fizzled out, and the chain shrank, big time.

Worked near one many years ago and it was so wonderful to buy a whole chicken and their butternut squash for a hand’s off dinner…can’t remember the green side. I discovered that their secret to the squash was pumpkin pie spice.

My family got a lot of takeout from them when Mom was tired of cooking.

I miss those mini cornbreads! The small pot pies were tasty too.

What does it mean that I didn’t even realize it was gone?

Creamed spinach? The store version was great; the frozen supermarket version not so much.

Not entirely gone, but the locations are few. Their problems weren’t the food itself, but operational procedures. I delivered to a BM on my mail route, so often had lunch there. When they made sandwiches, they would slice the meat as each order was placed, and there was a language barrier with many of the workers. So lunch lines got too long for most customers. Had they simply sliced enough meat for a few dozen sandwiches at around 11 a.m., they might have avoided falling so far behind.

Very interesting. I’m pretty sure I picked up a meal or two from them at some point but it’s been ages and just sort of fell of my radar.

As some one who once owned a sandwich shop the key to success is quick in and out. Sometimes food quality is not all that critical.

I had no idea they had even downsized. The locations I used to go to in Queens NY (and still do when I have the chance to go back) are all still there, 20+ years later.
Whenever I’m back “home” I’m in Boston Market at least once a month. Always the same order – 1/2 chicken, all dark meat, with 3 sides – spinach, squash, and stuffing.
I’m not a fan of what the new format will be with takeaway only and fried chicken. 30+ years of eating at Boston Market and it has always been eat-in except for when the original Newton MA location catered an event I was involved with.
Fortunately for them, I’m not their target audience because this sounds like the end for Boston Market as I know it.

I’m pretty sure that was a favorite of my kids and the baby sitter. I didn’t realize it was “gone” either. I’m going to check.

I asked daughter if that was the place she liked and she says " I wouldn’t say liked, but they had fries and Jell-O ".

Wow, interesting news indeed. I actually thought they were a nice alternative to the usual fast food joint too. There is one not too far from where my mom lives, but like others, o guess it isn’t exactly a destination did place. If it were closer to me, I think I would do an occasional lunch or dinner run when needed.

I too enjoyed their corn bread, and the cinnamon apples were a guilty pleasure.

And Mark discovered that if you crumbled the cornbread over the apples, you got apple cobbler.