Moksa lost their highly touted chef and bar manager within a few months of opening and lost all sense of direction. So the owner is going from Om (Indian?) and Moksa (Asian?) to … American?

moksa also had problems paying their bills. they tried to be a restaurant prime-time and then a sceney nightclub later in the p.m. just decide, people.

As I was driving through Newton this afternoon, I noticed a couple of new places. Sorry if they’ve already been mentioned. The Shaking Crab on Adams St., according to Yelp, is a Cajun Creole place with a full bar. Sangria Restaurant and Tapas Bar is in the old Vecchia Roma spot on Watertown St.

For what it’s worth, reviews on Yelp of both places were quite positive.

Only sort of a “closing”, but according to Eater, Journeyman is closing to renovate in mid-February to remove all of their ovens and replace them with a wood-burning stove. They’re also promising to eliminate all sous-vide and molecular gastronomy from the menu. I’m not sure what kind of menu they have in mind, but I’m fascinated.

An opening of sorts…Lex Community Farm is hosting the first Lexington Farmers’ Winter Market starting this Saturday, Jan 9, and occurring very other Saturday. C’mon down to the farm, y’all!

cuong’s vegan on beach street in chinatown is open

Camino Real in Allston is gone.

I’m sad to hear this, but not surprised. In all my time walking by, I hardly ever saw more than a couple of tables occupied.
As great as it is having so many Korean and Taiwanese eateries in Allston, what I like most about it was its diversity. You could eat your way around the globe. After losing Madina Market, El Cafetal, Cafe Brazil, Boston Kabob, Saray, and now Camino Real I hope that the next place to move in isn’t Korean or Taiwanese but is cuisine from some other part of the globe.

Oh no! I didn’t know about Saray.

According to the Boston Globe, the East Coast Grill in Inman Square will close toward the end of January. Thanks to Prav on CH for the heads-up.

The end of an era. I think they’d been heading slowly downhill since Chris Schlesinger sold. They tried to keep some of his classics going but they lost some of the old pizzaz - the tuna tacos became too busy, the white pepper crusted tuna with grilled veggies lost something. First date with my spouse was there, so it holds many, many fond memories.

Agreed. They also made some tweaks to the menu that really impacted it’s versatility. For example, most of the al la carte bbq items (burnt ends sandwich, etc.) were eliminated leaving only full bbq platters available. The specials used to be a sure bet every time, but not so since the change of ownership. We enjoyed so many great meals there over the years. A sad day for sure.

I’m not sure quite what to make if it, but lots of information per Cambridge Day http://www.cambridgeday.com/2016/01/09/monroe-rebrands-remakes-moksa-menu-leaves-naga-nightclub-change-mysterious/

"The Central Square restaurant Moksa and its nightclub, Naga, are rebranding as Monroe, with a soft opening at 7 p.m. Thursday…“Overall, Monroe will function as an ‘extended night experience’ with an open format every night transitioning between food at the upscale American restaurant to relaxing in the lounge to dancing the night away in the club,” said Marleena Eyre in an email…Chef Youssef Boujena of Casablanca – the city in Morocco, not the restaurant that closed a couple years ago after six decades in Harvard Square – will be executive chef for owners Solmon and Rokeya Chowdhury and partner Brig Dauber, crafter of area hotspots such as Avalon, Axis, The Estate, The Roxy, Royale, and Naga…With Monroe, Dauber will redefine “what it means to go out” and “change the future of going out,” Eyre said, describing a sprawling dance floor with “captivating” projections and “next-level” sound system kept behind velvet ropes, “a cutting-edge cabaret wonderland you won’t soon forget,” although it’s unclear what sets the concept apart from other club experiences – not surprising for a place trying to cultivate an air of mystery. Its website and social media include the literal command to “Let The Mystery Begin.”…In fact, the rebranding is “primarily for the restaurant,” lawyer Sean D. Hope told the License Commission at its Tuesday meeting. “As the commission knows, several Asian cuisine restaurant have opened up on Mass. Ave., and Moksa is struggling with the lunch and dinner business at that location.”…The shift is extreme…the Monroe menu has a distinctly different feel…The soups include a Homemade Chili Bean Soup for $7; starters include $8 Truffle Blue Cheese Fries, $10 chicken wings and Crab Cake Sliders on brioche bun, and $12 Sweet Pork Tacos (as well as a Potato Croquettes and Spring Roll Basket for $10); there’s an $11 Roasted Fall Vegetable Salad and $12 Beets and Bacon Salad; two flatbreads for $12 each, with Margherita or Wild Mushroom toppings; burgers, hot dogs (Kobe, on brioche bun) and a pulled pork sandwich for $12 to $16; and main courses range from a $20 Vegetable Risotto and $21 Pasta Bolognese Tagliatelle to $26 Marinated Pork Chop or 10-ounce Rib Eye Steak. There’s a late-night menu with the hot dog, Bacon Cheese Burger on brioche, Pulled Pork Sandwich on an English muffin, wings, Margherita Flatbread and a “Late Night Pizza” with mozzarella, ham, bacon and sausage, all $11 to $12…With the change, Hope said, “they’re hoping it’ll attract a more dinner-based crowd, less of a sole focus on the nightlife … The rebranding of the restaurant will allow them to shift to a different, more upscale crowd” and be less known for “certain types of nightlife.”

Also from Cambridge Day, India Castle will be closing and making way for an upscale Italian place named Pammy’s. http://www.cambridgeday.com/2016/01/05/fresh-pasta-of-pammys-could-replace-tastes-of-india-castle-as-soon-as-spring/

Apparently Cuong’s Vegan, the Vegan sandwich shop on Beach St in Chinatown from the people who used to run Buddha’s Delight is open. (according to Eater)

hmmm, i am sort of skeptical that this place will “change the future of going out”

Boston Eater reports that Alchemy in Gloucester has closed yet again, this time permanently.

As a brief recap, Alchemy closed in early 2014 to “completely reinvent and renovate” and become a high-end Italian bistro called Pinoli, which didn’t open until December 2014, and was only open for six weeks of the worst winter of all time before the new head chef’s Italian family said “f this” and they all moved to California. The restaurant quickly re-opened as Alchemy again, and weirdly looked exactly like it did before it had “renovated”. They now say they’re planning on becoming a place you can “dine out regularly”.

They now say they’re planning on becoming a place you can “dine out regularly”.

Not quite sure what that means! Anyway, I do hope they can make a go of something in that spot. It’s a pleasant space and it would be sad to see it go unused.

Not quite sure what that means!

Since it was already a comfortable, casual cocktail bistro place with live music, a popular brunch, shared small plates, and burgers and sandwiches on the menu, I’m not sure either! Fast food? A Waffle House? 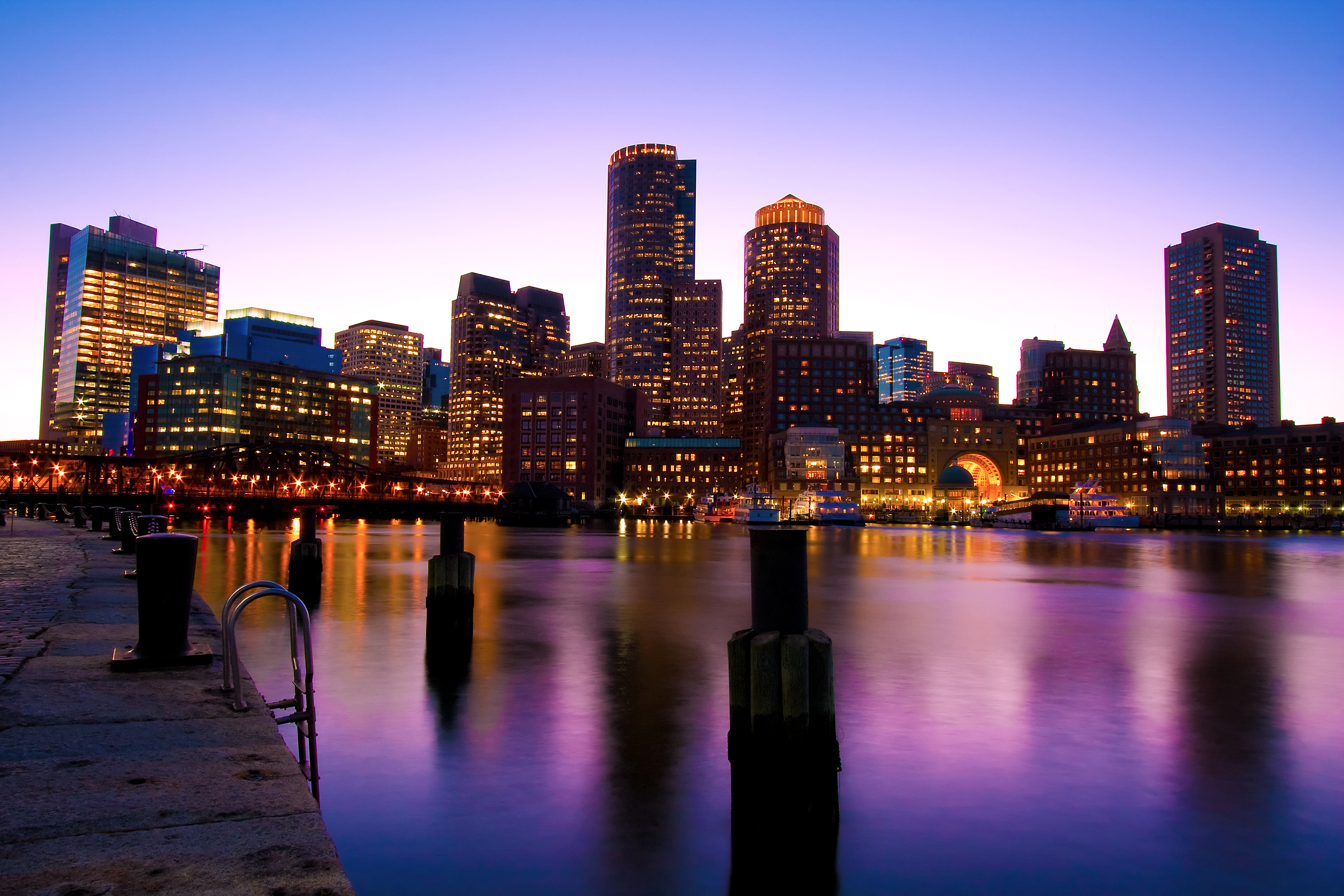 Here's what you need to know about Boston's winter 2016 restaurant openings.