Gordon Ramsay has 2 restaurants in Bordeaux: the 2 stars le Pressoir d’Argent and the brasserie le Bordeaux. Both are situated in the InterContinental Hotel. It was Monday, and most restaurants we wanted to go were closed. We hesitated a lunch between the French’s Kitchen Nightmares chef Philippe Etchebest’s brasserie Quartier Mur and the chef of the original program (no joking! Their restaurants were just facing each other here separated by a square). To make up our mind we compared both menu online, Etchebest’s menu was more innovative while Ramsay was traditional, since we were more in the mood for something more simple, we chose le Bordeaux. I tried the online reservation but was told that same day reservation was not allowed. I called 40 minutes before the meal to reserve a table of 2, and we were set.

The restaurant was situated on the ground and first floor in the beautiful Grand Hotel at the Place de la Comédie. They had a 39€ 3 course set lunch, a 32€ starter-main menu, a 29€ main - dessert menu or 18€ dish of the day. Service was efficient and professional. Upon arrival, we were swiftly led to a table of 2 at the end of a big elegant room. 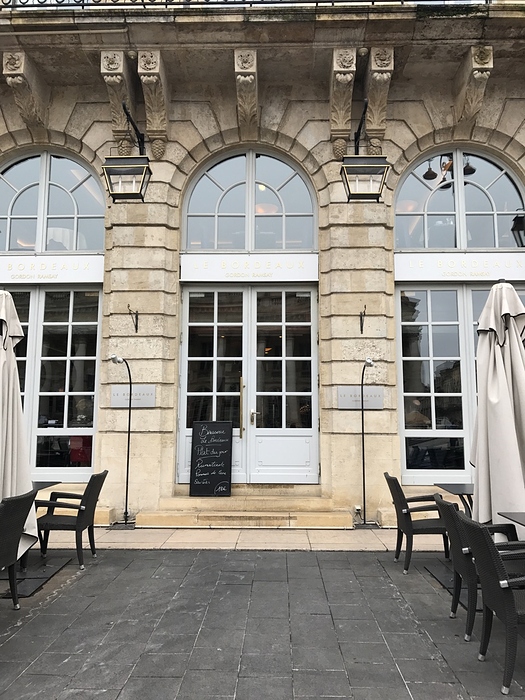 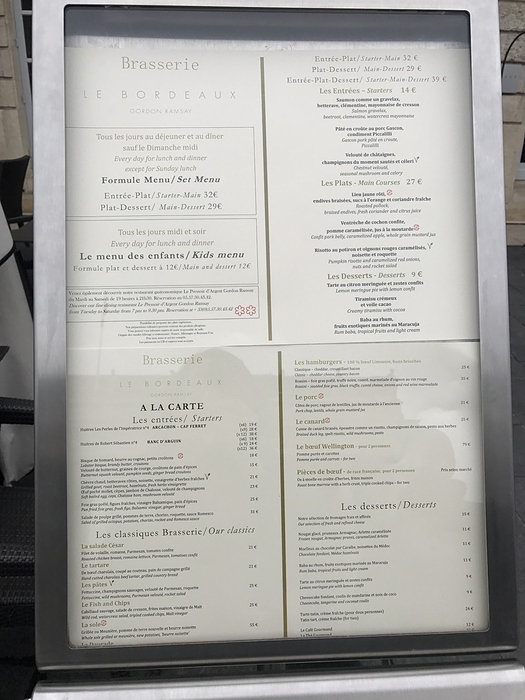 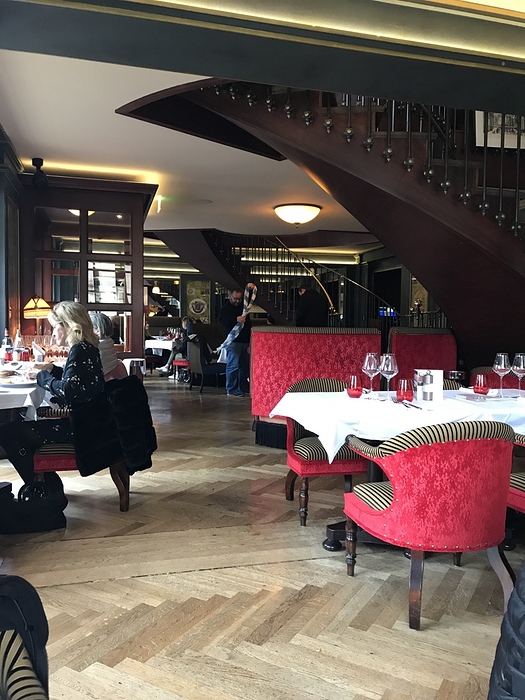 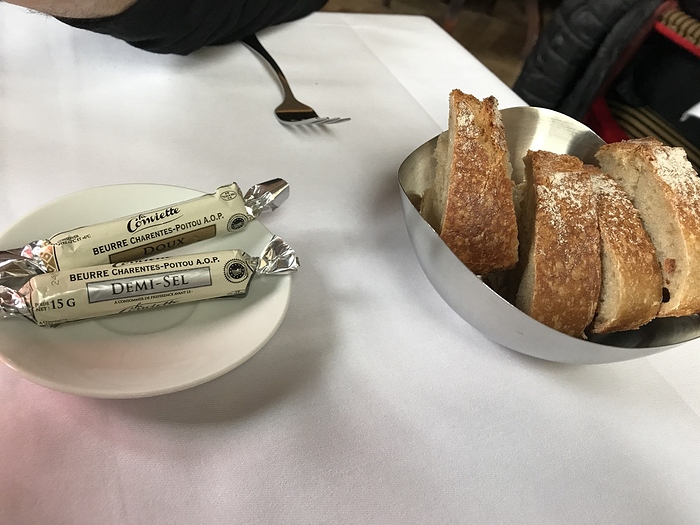 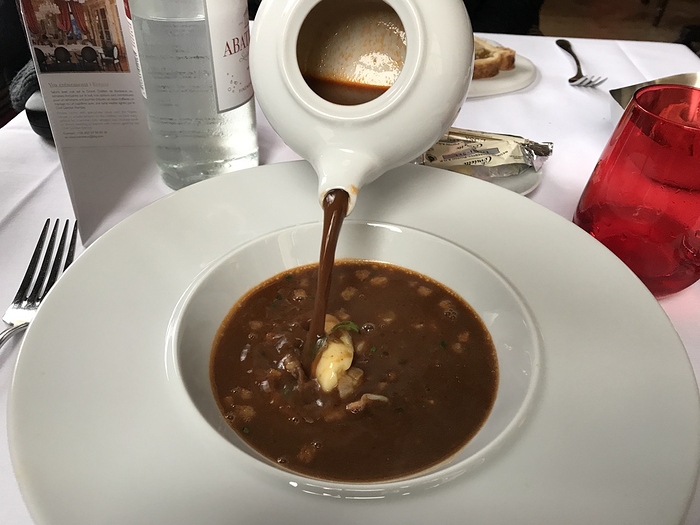 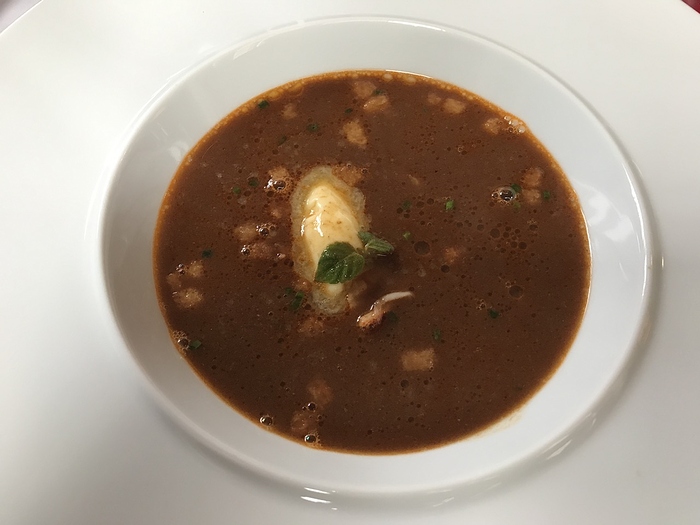 Entry: Gascon pork pâté en croute, Piccalilli - the side Piccalilli was flavourful, even better than the pâté, I would say. 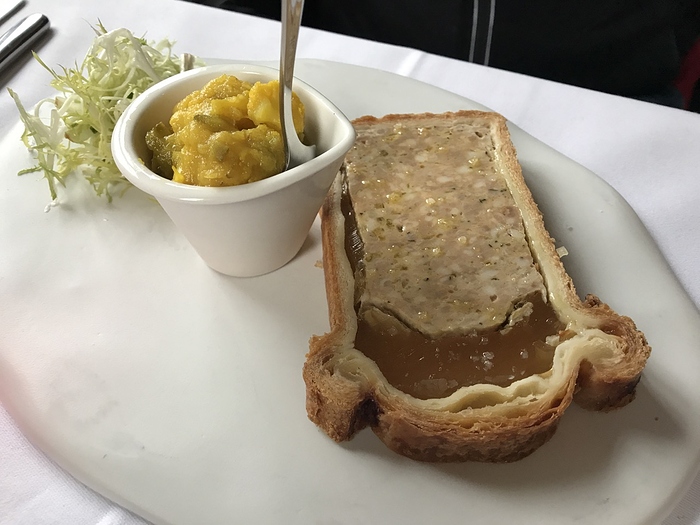 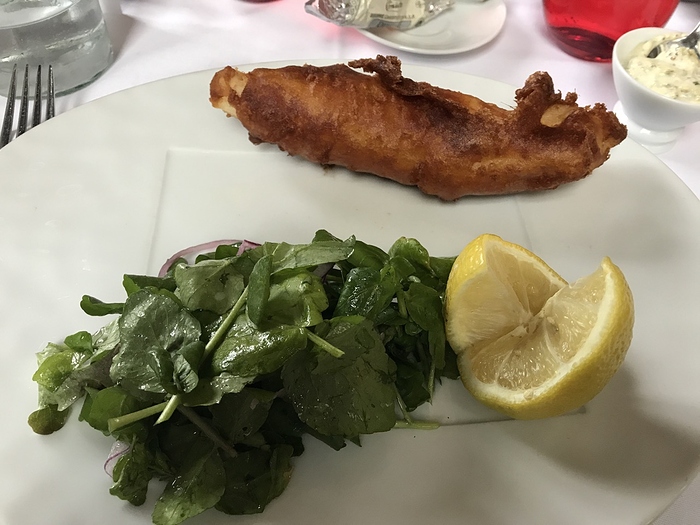 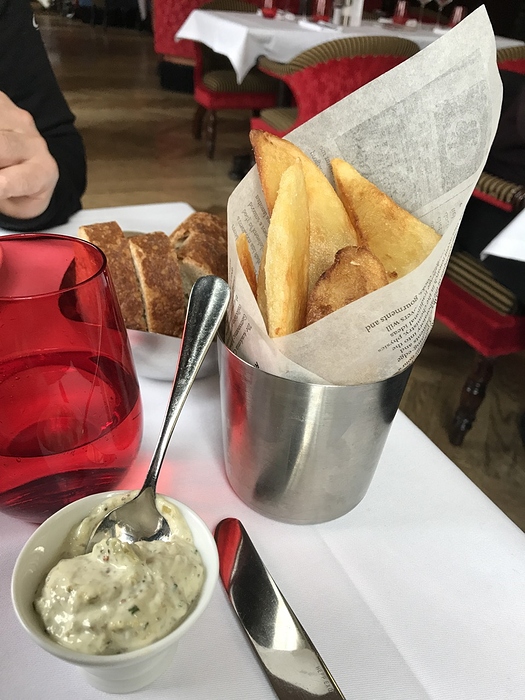 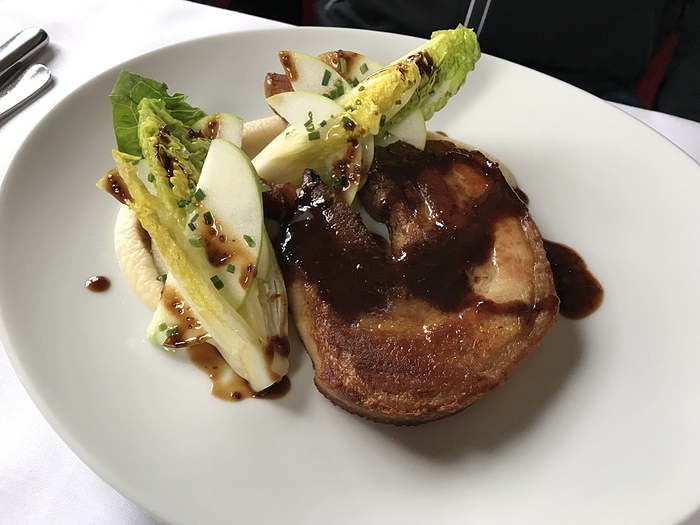 The portion was huge for all dishes. Ingredients were fresh and well cooked. Pork confit and pâté en coûte were alright. The soup stood out especially with the bits of lobster and crotons, fish and chips were good. Good food, well executed but no surprise or twist, they served us good hearty brasserie food. I wanted to have the desserts, especially baba au rhum, but H wanted to try the new pastry shop in the city centre.

We had a set menu starter-main and 2 dishes à la carte and a bottle of sparkling water (both of us not in shape to drink), the bill was 84€.