I think she’s hanging at egullet. I have not joined that group.

Ii believe that article was posted months ago on one of the threads on Site Talk here on HO.

I had to be half way to Katy today for a funeral so I made the trip on out to try Hoodadak. I had exactly the same order as you (but I didn’t get the complimentary pickled radish!). There’s a line of bottles of wine and sake on the bar at the right now; they’ve got their license and will be selling bottle and tap beers, wine, sake and soju.

All three of the cubicle-like booths were occupied and there were three people doing take-out (about eight orders in all) while I was there, so they’re doing some business. Very friendly people. The waiter wished me well in Korean as I left.

Good and crispy chicken, very good fries. I’d want to try at least one other flavor before deciding. It’s been so long since I’ve been to Toreore I can’t reliably compare them but this was good, if just a darn long way away.

The four wing lunch special combo wasn’t enough for me though.

I agree, I would have liked more chicken and less other stuff, but those fries were super. My tea was included in the 8.95 price so that was fair considering tea costs $2 everywhere now days. I definitely left full.

Are there any seasoning on the breading or the chicken besides salt?

I had to look it up on ‘The Yelp.’ The place is now called ‘The ToreOre.’ As I remembered, it’s 7 pieces (half) or 14 (whole chicken). They have just 5 flavors, too. I thought I remembered 7 flavors but it’s been a long time. You were advised to order, then go about your shopping and the order would be ready when you were ready to leave.

They cut up the breast, I guess also the thigh and wings, for even frying.

I remember the last couple of times I went, I just picked up my order, walked out to the car, ate a couple of pieces and took off. There was no beer available unless you bought a six pack in the store.

They have kimchi fries on the menu. I don’t remember that from before; if they had them then, I never tried them.

ToreOre Chicken 'n Joy was a better name! It was the first KFC place here and hugely popular with Chowhounds, as was Super H Mart, which quickly put a local Korean supermarket with a food court out of business.

Getting some pretty negative reviews these days on The Yelp, though.

Looks like Bonchon will be a little more accessible than Hoodadak, right on I-10.

There is no seasoning on the chicken until after breading and frying when you choose from a few styles, apparently the same as most places, garlic soy, sweet and spicy, etc.

So, I see that what needs to happen to get folks to post about Katy is for me to be suddenly absent!

Have just been really busy and, since it seems to me that nobody much follows Katy news, hard to get too excited about this new find or that.

However, did just check in a couple days back and read about Hoodadak (what?) Korean Fried Chicken. Was so thrilled that somebody was in my “Hood…” that I had to run over there immediately. I’m not usually much of a chicken wings fan - really messy and lots of work for what you get - but this place could change my mind. I tried the Sweet & Spicy, and the Soy Garlic, and thought they were both really good. Also had some pickled daikon radish and house-made kimchi and thought it all was definitely worth coming back for.

Doobs - nope, I never lived in Korea - but my former husband did, for about a year, and when he came back, he had developed a real fondness for Korean food (and for Korean bargirls, it turned out, but that’s another story) so, although I’m no expert on Korean food, I have had quite a bit of it. I was thrilled to also see bulgogi on the menu, so got some of that to go.

Regarding the bulgogi, it was darned adequate, but not so great that I’ll get it again. I think they’ve dumbed-down the flavor of the bulgogi quite a bit in order to appeal to as many Western palates as possible. And the meat itself was a little chewier than I like.

But the chicken is the star here, and I am looking forward to a return trip.

Just as an aside, I chatted a bit with the manager about the restaurant, the new one coming, and Korean food in Katy in general. First, she said that this isn’t a chain, as most of us might think of it. There are more, but all in Korea - and none other in the US. She said that the owner originally had planned to open in Houston, but there was so much competition from so many other Korean restaurants there that he began searching the burbs for a likelier spot. Hence Katy. She said she’s not familiar with Bonchon - the competitor coming soon - but is hopeful there’s enough business here for the both of them.

While I was sitting there, a young Korean mother with several small children in tow stuck her head in the door and had a conversation (in Korean) with the manager. It was obvious the potential customer was inquiring about the menu, prices, etc. She must have liked what she heard because she went back out to the car and grabbed a few more folks and they all came in and sat down. Then she got on her phone and called someone else and another ten minutes went by whereupon another family of about six came in and joined them.

All in all, I really liked this place, will definitely return, and wish them success.

Thanks, LO, for letting me know! But, next time you’re out here, give me a call and maybe we can have a minimeetup.

See what happens when you get busy! Ha! When Bonchon opens, maybe several of us can meet in Katy and compare? I happened to be in Katy to meet a friend for a movie at the Cinemark on a day off, so decided to stop there first. I like the theater in Katy because it’s not in a mall and has it’s own parking lot. It’s my go to movie theater. I am allergic to malls. The movie though, was boring in the extreme, Hail Caesar, and not the salad. A Coen Bros. release that did not measure up to their prior efforts. Chicken was good though! Next time I would order the small wing order and maybe a side of those darn delicious fries.

Katy has a small Asian shopping center and is expanding. Where Hoodadak is located is another Korean pastry shop and ice cream shop next door. Hoodadak isn’t bad but it’s not as good as Dak & Bop in the Museum District. The omission of Hoodadak as Katy’s first Korean fried chicken and not pointing out Dallas had the first Bonchon chain in Texas by Eater Houston tells me the person doesn’t know much about what’s going on in Houston’s dining arena and in other parts of Texas. I find Houston Press, CultureMap and Houstonia more informative and up on current openings.

I don’t know what the deal is with Eater Houston. They do seem to have trouble even keeping an editor for more than a couple of months and I check them only about once a week.

I’m with Jaymes in failing to see the great appeal of wings and I want my chicken to have bones in it. That’s principally why I’ve never tried Dak and Bop; it’s probably about as convenient to me as ToreOre and much more than Hoodadak or Bonchon but all they have I’m interested in are the drumsticks.

I guess with four places to compare soon, I’ll give them a try.

Regarding kimchi - I’m no expert so if somebody shows up here to correct me and they claim they are an expert I’ll immediately discard my opinion and go with theirs - however, that said, I think “kimchi” just means pickles. So the kimchi that most of us think of, spicy, garlicy, cabbage, is only one type. I used to have a Korean friend that made her own kimchi and, of the choices, I really loved what she called “spring kimchi,” fresh veggies lightly pickled. The green onions were my personal favorite and she often made batches just for me. When I was chatting with the Hoodadak manager and mentioned how much I like spring kimchi, she recommended the pickled daikon radish which did, indeed, remind me of my friend’s spring kimchi.

As for the “regular” kimchi on offer here at Hoodadak, I thought it was very good. It’s spicy, of course, and salty, and garlicy. I asked if it’s house-made, and she said it is.

There are several types of kimchi available at Super H Mart, store-made and other. I always stock up when I get over there. Really like their store-made kimchi stew, too, in quart plastic tubs.

Houstonia recently wrote about their visit to Hoodadak (1645 Winding Hollow Dr, Ste 205) and Cocohodo in Katy.

Bonchon Chicken in Katy is opening May 28.

Here are pictures from Yelp: 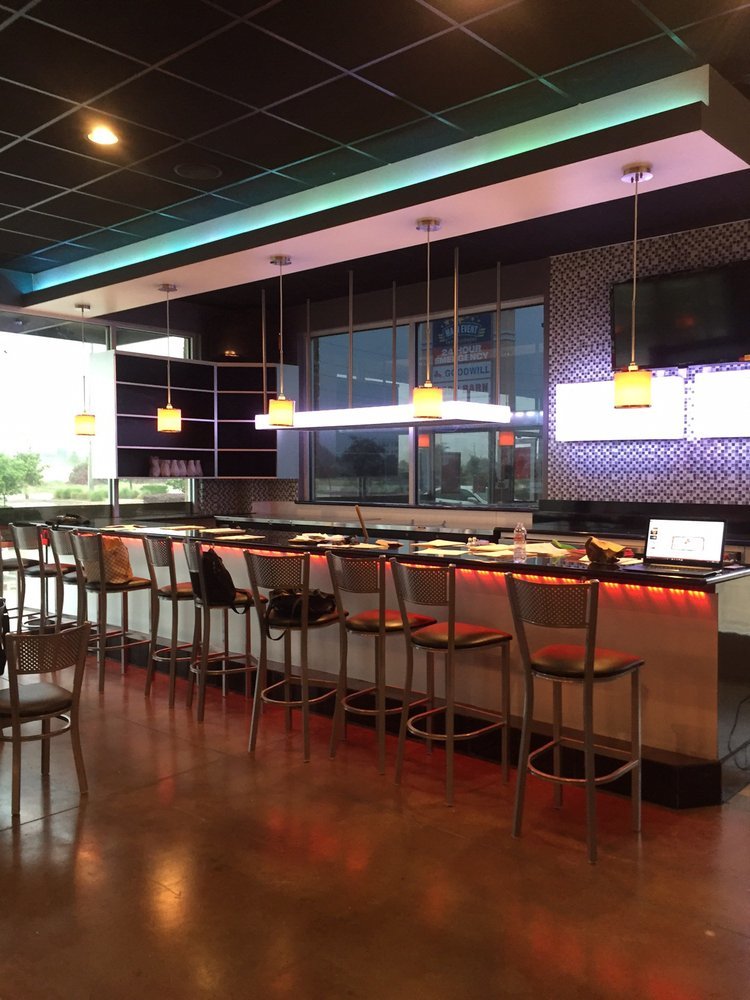 It has arrived, Brucesw! First look:

Hoodadak gets the nod over Bonchon, Cafe Adel bests Cafe Pita + (I’ve been hearing about Adel for a couple of years but never gotten up there), and a Russian place in Cyprus???

Is there anyone in our little group that hasn’t been to Hoodadak?

I need to go back, it was good.