Bon Voyage is a Tiki-ish bar from the Bon Vivants, who also run the excellent but oft-crowded cocktail bar Trick Dog in the Mission and rooftop bar Charmaine’s in the Proper Hotel in Mid-Market. It’s on Valencia next to Piri Pica.

I stopped in here for a late Sunday lunch. It was nice and quiet in the early afternoon.

Their menu is kind of Asian fusion or Chinese American, which kind of fits with the Tiki-ish theme I guess. I had the salt and pepper gulf prawns ($19) and the crunchy Chinese cauliflower ($9).

The gulf prawns were quite good. Prawns were perfectly cooked (just a little past raw) and tender, and were lightly battered with a salty spicy salt and pepper seasoning. The cauliflower was excellent. They were marinated or coated in a curry like seasoning mix and lightly fried so that the flower part was slightly crispy. Really tasty. Both dishes came with a nice aioli, which was a bit unusual for the shrimp in particular but added a cool tanginess. The food was good but a bit on the expensive side for the size.

Pictures of the food: 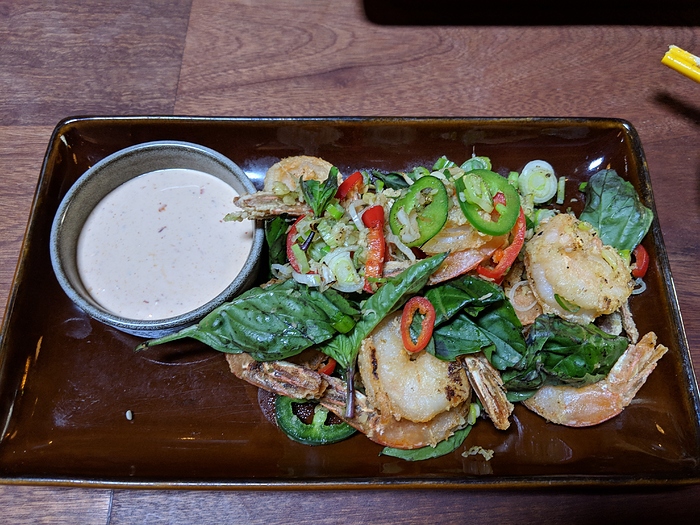 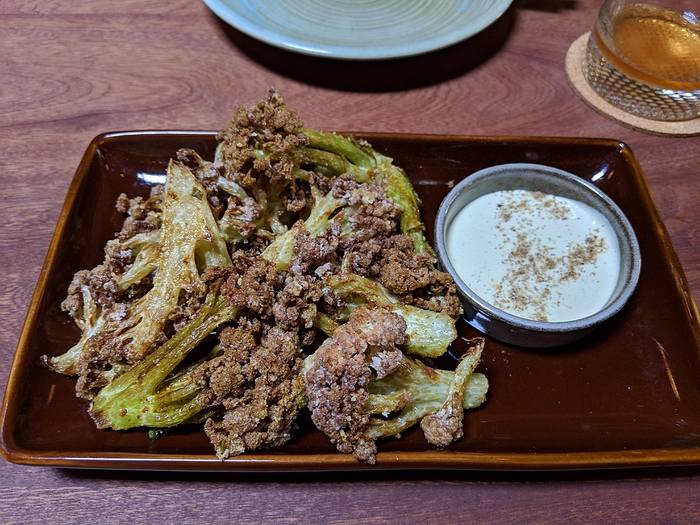 I also had a few cocktails from their extensive menu. Had a Bananerac ($14), which was like a Sazerac but with a subtle banana flavor, a Sherry Mary ($14), which was a special on the weekend lunch menu and was a nice dry bloody Mary with sherry and aquavit, and a Cafe Baba ($14), which was a tiki drink with fernet and orgeat. All were quite good, as to be expected from a bar from the owners of Trick Dog. Like Trick Dog the cocktails are a bit on the expensive side with most clocking in at $14-$15.

Pictures of the cocktails: 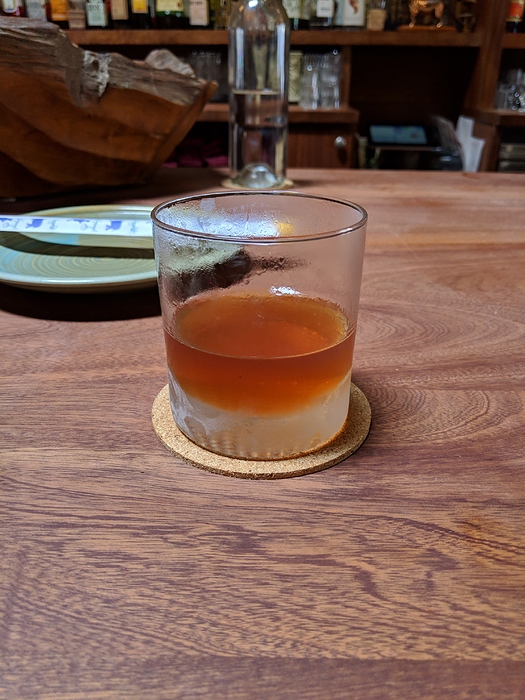 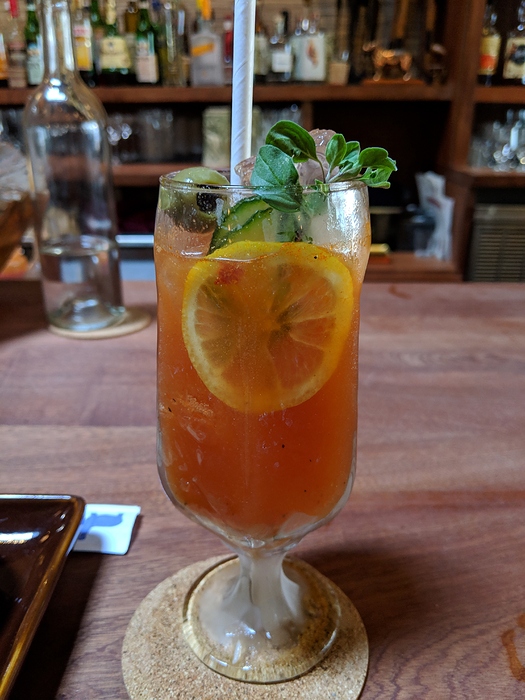 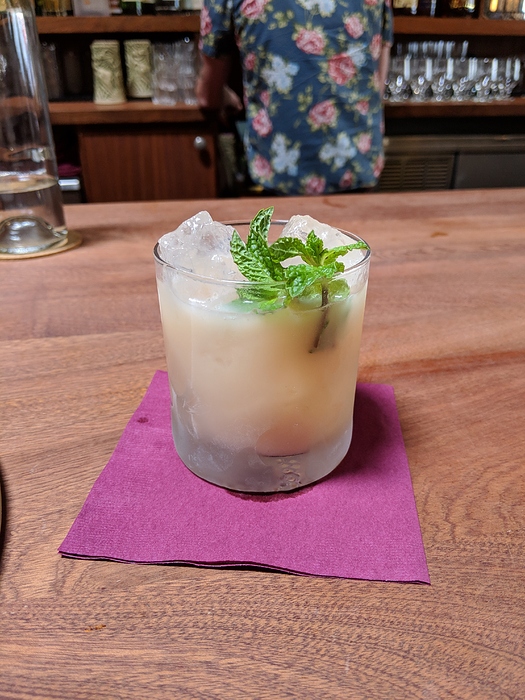 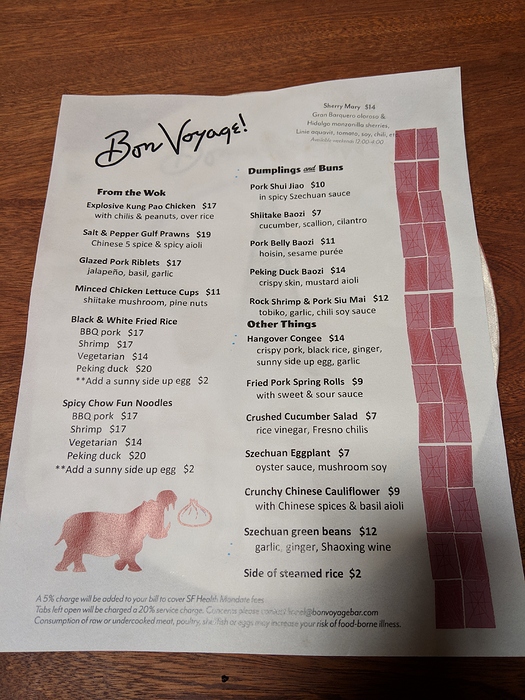 Will be back to try the black rice “hangover congee” if its still on the menu.