This finally opened about a month ago, the old Haldi Chawk location at Ernston Road and Route 9. It’s a branch of the restaurant with the same name in Edison. (I guess the full name is “Dimple’s Bombay Talk”.) There are a few differences–the Sayreville location does not use disposable cutlery and plates, for example.

For those who remember Haldi Chawk, Bombay Talk has remodeled the place, adding a lot of windows so it is very light and airy inside, not the sort of dark lunchroom feel the old place had.

The menu is vegetarian, and is South Indian, Indo-Chinese, and Indo-Thai. We liked what we got (Chole Bhature and Masala Dosa), but as far as the South Indian food, it seemed high on carbs and low on protein. (Maybe I just don’t recognize the protein in some of the dishes.) We may branch out into the other areas next time.

(By the way, the Patel’s Grocery in that same general shopping cluster has closed and been gutted. I don’t know if they are re-opening there after remodeling, moving, or just closing. The new Bhavani store in the Gateway Plaza diagonally across the intersection could very well have made the owners decide that a small, not very visible store was not worth keeping open.)

Wow… Patel’s has been there forever… at least since I’ve been in the area… and I was there a month or two ago. Very disorganized and on the border of being dirty… but some of the prices were really good. I just bought spices and some frozen stuff.

Will have to check out Bhavani, plus there is an Indian grocery store in Marlboro on Rt. 79.

There’s also a new Patel Brothers, not connected to the old one, on Old Road in Old Bridge, which runs “parallel” to Route 9. It’s very tricky to get to, though–you either have to get onto Old Road from Route 34 just north of Outback, or turn right off Route 9 north as if going to Nieuw Amsterdam Village and then make another quick right.

It is much bigger than the old Patel’s, but the convenience of Bhavani’s location may sink it.

(Patel’s was like Hop Shing on Route 34 in Aberdeen–both had been there “since dirt”, and were the vanguard of their particular ethnic food, but eventually the ethnicity got popular, and newer, bigger stores moved in.)

Stopped by here today for a quick snack. Went with their pani puri and masala dosa. Was overall impressed for it solely being vegetarian. 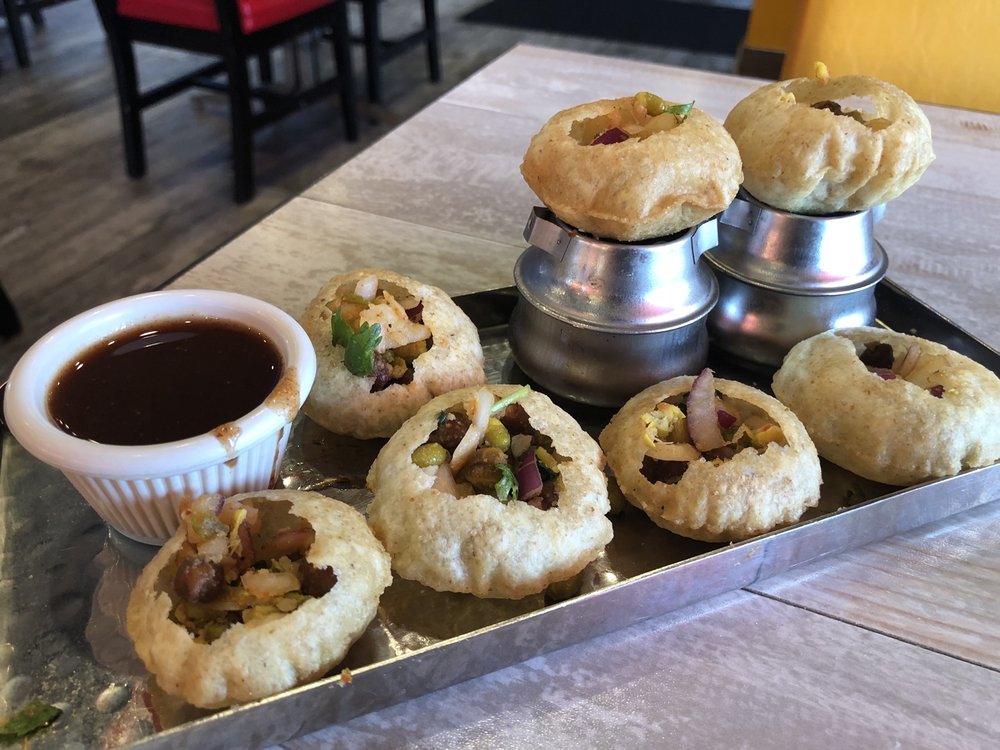 The owners at Heirloom Kitchen highly recommended Bombay Talk. We need to try it. My husband always gets whiny when I try to drag him to vegetarian restaurants!

Finally made it to this store on my way back from Wegmans.

I bought freshly made ladoo, turmeric in a bag, frozen tv dinners and a bag of lentils. The ladoo was stale (bummer) but the rest was a safe bet. The store is tiny by Indian market standards, limited inventory for my taste manned by one nice person.

I dont need to go back because Iselin works for me but it wasnt a bad exp.