[Bilbao/SanSebastian] Casual and must not miss places

I am booking a 6 day trip in Bilbao and San Sebastian. Already have Asador Extebarri, azurmendi and elkano booked for my starred restaurants but I am looking to find/plan for around bilbao and SS. If you have any new recommendations that would be most appreciated.

Bilbao:
? no where yet

In SS almost anyplace in the old 1/4 will be worth it (except for a place that had menus outside w/foreign flags, aka tourist traps). My old college pal Gabriella runs a legendary food tout firm, Tenedor tours. If you can afford to hire her, follow her on Instagram or check out her blog for tips. She’s the real deal

I was looking into her. I saw her with mark weinz. I also had a friend suggest mimo bites. Ill have to look more closely into it.

You might consider taking the train (leaves every 20 min or so) to Tolosa and heading for a steakhouse like Casa Julian or Casa Nicolas, or the excellent Ama (somewhat refined rustic style basque dishes).

We enthusiastically endorse Ganbarra for the mushrooms with a glass of tinto. Also remember an almost-next door storefront making potato chips on the spot that go well with everything there.

You are very fortunate to have obtained reservations at Elkano and Extebarri. Very different from one another, but both are worth the journey to the region. Don’t miss the turbot at Elkano. I hope that your reservation at Extebarri is at lunch, given that the set meal there consumes three hours.

We were very disappointed with our lunch at Asurmendi – it is a beautiful place with lovely service, but much of the food was tasteless and even inedible. I don’t have any comments on the rest of your list, but much as has been said by others here, some of the most interesting eating consists of a night crawl through the Old City consuming pinchos. Looks amazing. Will add it to the list. Thank you.

I was in that area in 2019. In the old town, I loved Gandarias. Make sure to reserve a table beforehand or you will be standing in a packed space for (excellent) tapas. At some point I had the feeling the old town was full of tourists, so I wandered around and found Bodega Donostiarra which was low key but lovely.

Did not go to Elkano but to nearby Kaia Kaipe instead. Same owners I believe. Really lovely setting, overlooking the harbour, and the food was excellent. They also serve the grilled turbot. Mostly Spanish people here.

Among my favorite bites in the Old Town of SS: the scallop and the torrijas (pain perdu) at Casa Urola. It is open Sunday and Monday (hard nights to eat well in SS), closed Tues. and Wed. They have a full restaurant that takes reservations upstairs, but I’ve always enjoyed the vibe at the bar downstairs. At the height of the just-opening-after serious pandemic lockdown, they had tables inside the bar and no one could eat just at the bar. Assuming this has changed back to something approaching “normal” in SS, but should find out from others who have gone more recently than September of '21, when I was there last.

The other place, not on your list that I would recommend is Borda Berri (closed Mon. and Tues.) on the same street as Casa Urola. Of the bars on your list, the one (IMO) it most resembles is La Cuchara de San Telmo, but the menus are completely different, and the cooking also fantastic.

Hope you have a wonderful trip, and please do report back! It’s an amazing and delicious part of the world in my experience!

The Turbot at Elkano is an experience. They may have been the first, but you’ll see them spinning those cages all over Getaria. Its worth exploring the town and nearby wineries. We actually opted to stay there at Hotel Rural Gaintza winery instead of SS for a week

We also liked Mayflower in Getaria for the Bonito, peppers and Galician octopus.

In SS the most memorable was the steak at Néstor Bar. Lets just say its not exactly fine dining, but some of the best value you’ll ever encounter, and another experience to remember

We also liked a very local Asador called Araneta up in the mountains near Zestoa. In particular their Ribeye, and the wild mushrooms with Foie gras and egg

In Bilbao, just hire Mikel from Tours by Basques to show you around and introduce you to the Pintxos culture 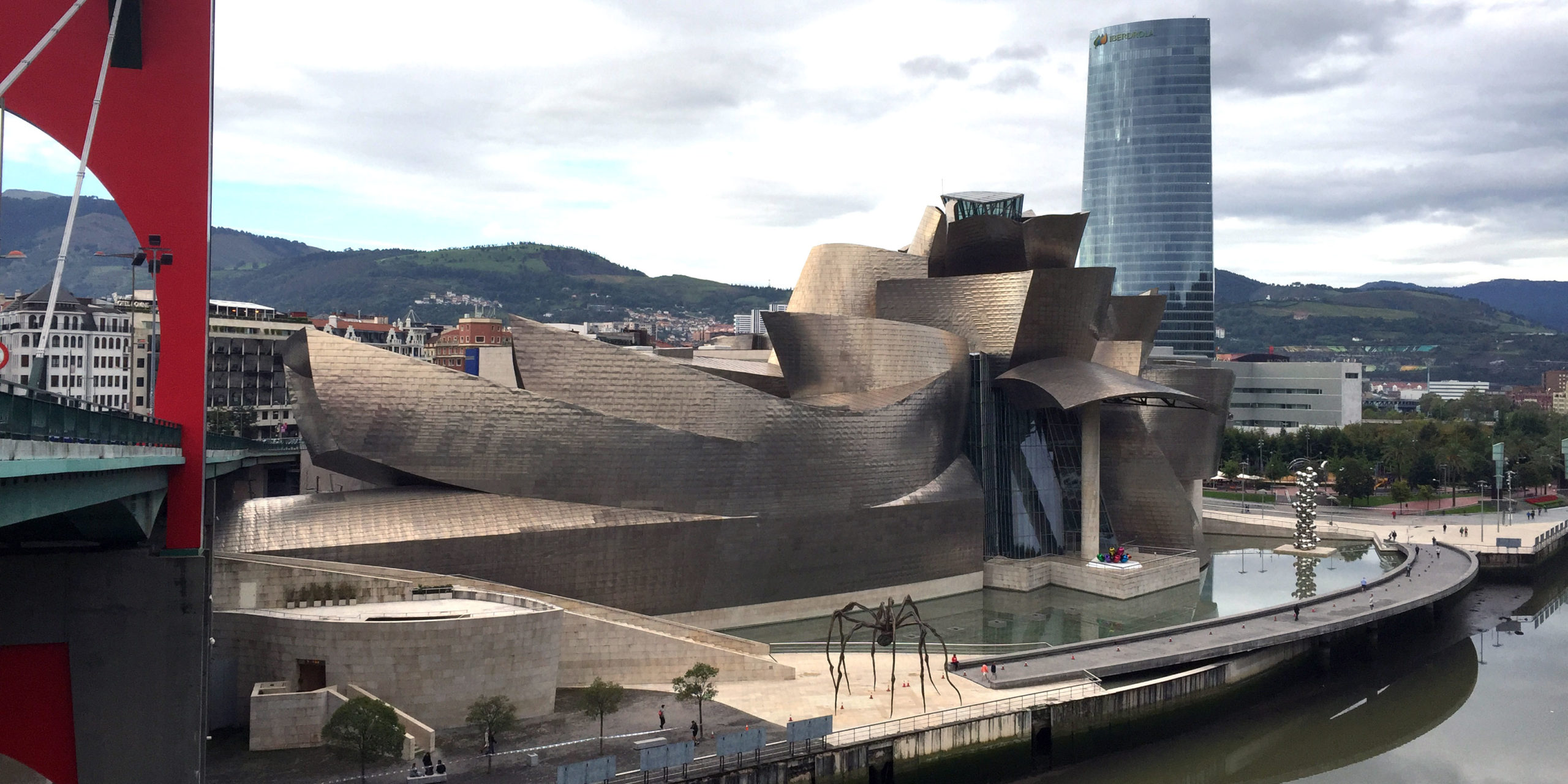 Tailor-made tours for those travelers looking for a different, exclusive, relaxing and carefree experience in the Basque Country.

Ziggy,
I’m very glad that you recommended my very dear friend Mikel. I’ve known him for over 20 years now, and he’s my husband’s and my personal guide to wonderful dining and exploring in Vizcaya.
He has introduced us to many of his favorite watering holes both in the city and in the countryside and is a charming and highly knowledgeable host.

Ditto to ninkat’s recommendation of Casa Urola (now closed on Tuesdays/Wednesdays). We just returned to Madrid from 4 days of San Sebastián dining, and every night, even during the Tamborrada we ended up at Urola at the bar (as did other chef friends of Pablo Loureiro). There are only a couple of tables in the bar area, but we managed to snag one.

Pablo Loureiro, Iñigo Peña of Narru (also highly recommended), the couple at Xarma, the couple at Galerna are members of the new generation of Basque chefs, successors to Arzak, Subijana, the Arbelaiz brothers and Berasategui.

Michelin-starred Zuberoa in Oiartzun served its last meal at the end of December. The brothers have decided to retire. They were honored yesterday at Madrid Fusión for their long years of dedicated service.

Borda Berri and La Cuchara de San Telmo, with no pintxos exposed at the bar but instead every pintxo made to order in the kitchen are still going strong.

Ganbara is a much loved classic, but now they are imposing a strict capacity control, so if you want to squeeze into a spot at the small bar (rather than book a table in the dining room), it’s imperative to arrive at the door before they open at 12:30 for pre-lunch pintxos or at 7 for pre-dinner pintxos.

Because we were accompanied by our friend who is the owner of the original food and wine touring company in the Basque Country and is an intimate friend of Amaia and her staff, we were able to order dishes and wine but needed to enjoy them outside, since we arrived later on Jan. 20 and the bar was already at capacity----outside on the street at her version of Nestor’s table 15.

Amaia of Ganbara has taken over El Tamboril (Tambo) on the Plaza de la Constitución, and it serves some of Ganbara’s greatest hits, so highly recommended.

Another highly recommended bar with a new branch on Boulevard at the entrance to the Old Quarter is Antonio Bar, in a much larger space with large outdoor terrace. Don’t miss it.

This morning at Madrid Fusión we attended the presentation of Aitor Arregi of Elkano and his fishermen, who have been with the restaurant for over 21 years. Aitor and Ygor of Kai Kaipe are cousins, the same age, and best friends, so if you can’t snag a reservation at the former, the latter is a wonderful substitute.
Elkano is closed on Sundays and Mondays.

For dining on a lesser budget and less elegant trappings in Getaria, we can certainly recommend Txoko, whose kitchen is supervised by chef Enrique Fleishmann. It sits next to Kaia Kaipe.