Just read that Bette’s has closed permanently - very sad. I’ve eaten so many great meals there. 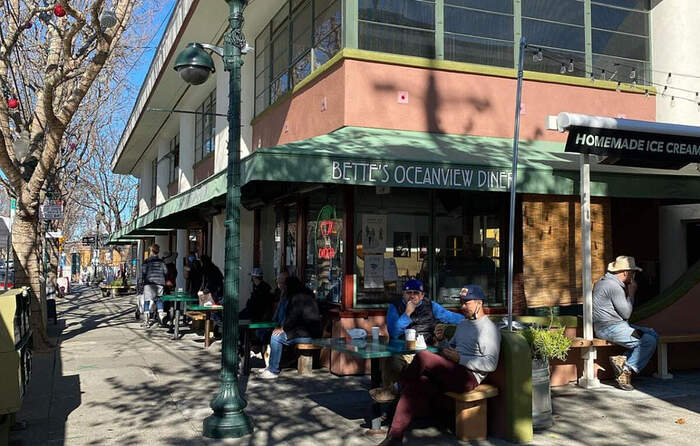 Bette's opened in 1982, but closed after its owner was unable to hire staff.

Awe that’s a shame. It was the only place I know of in the SF Bay Area that made their own scrapple, and probably one of the very few that even serve(d) it.

As I posted in another topic, I’d been going there since 1988, mostly takeout from the bakeshop. I think most of the 10-15 pounds I gained then were due to Bette’s vanilla milkshakes, and two-slice pizza lunches. Their sandwich specials were always imaginative, on good quality Acme bread (I tried never to miss any sandwich on Acme walnut or olive bread). Great varieties of salads, like the Friday calamari and avocado vinaigrettes. Devilled eggs!

We only went once, but we liked it!

Too bad. I liked that place. I remember buying some donut muffins at their bakery.

There are vague rumors that employees are hoping to reopen it, as an employee-owned cooperative. I hope it’s true.

And the rumors were true! Not-Bette’s Oceanview Diner will open as an employee-owned cooperative, probably by the end of the month, keeping the same menu.

The new restaurant will be called the Oceanview Diner and will serve all of Bette's' classic dishes.

"Once the restaurant is up and running, and “after we pay Denny off,” Bishop said, “we’re going to turn it into a co-op.”

Which I guess makes sense, no one would want to buy into a co-op that’s in debit.

I honestly don’t understand why more companies don’t use the co-op model.

There was some concern that the To-Go/Bakeshop might not have been re-opening along with the diner. But yesterday’s Berkeleyside article says it will be, probably a week after the diner, in mid-March 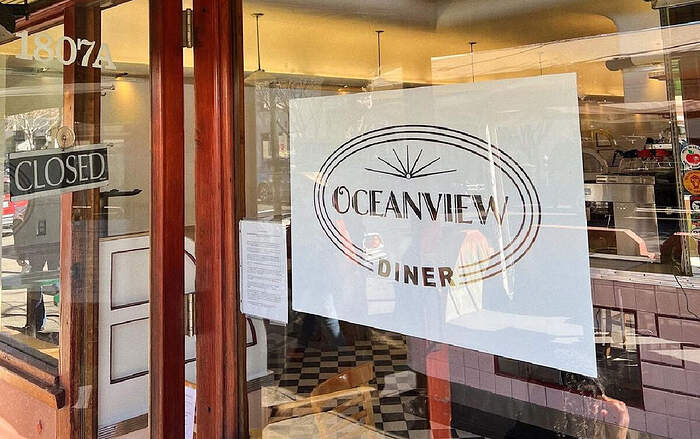 Oceanview Diner will serve the Bette's menu under a new worker/owner model.

And the diner is now in soft-open. There was no wait at 12:30. The well-spaced outdoor area and the interior were both very busy. The fish tacos were as good as ever.

I wish everyone the best over there! We had some great times there BITD.

The To-Go shop opened last week. Today I had one of their sandwich specials, “artisanal” ham with “house-made” pimento cheese, greens, dijonaise, on very fresh levain. Prices are a little higher than before. The bakery cases had the same favorites. It was very good, on a warm day sitting in the shade. There were a couple of old-timers working there, and we exchanged happy hellos.

Maybe we could start a new thread called “Bette’s Oceanview Diner (Berkeley, CA) Reopens” - much cheerier now that they have. Just a thought…Thanks.

Or rename this one. I’m a mod, so without objection I can change the title as suggested. Comments?