Ate brunch at Saha. Looking at other tables and reading the menu, the dishes look pretty westernized.

We had the Yemeni breakfast, which the server told us was the national dish of Yemen, and the malfufa. General impression was that the dishes tasted homemade and comfy, though they could use a bit more spicing. The fava beans cooked in tomato, onion was a bit bland but the tomato vinaigrette on the top added the necessary oomph. Could use more of the vinaigrette. The malfufa was potatoes wrapped in phyllo with an egg and hollandaise sauce was also on the mellow side flavor-wise.

Has anyone tried the dinner menu? 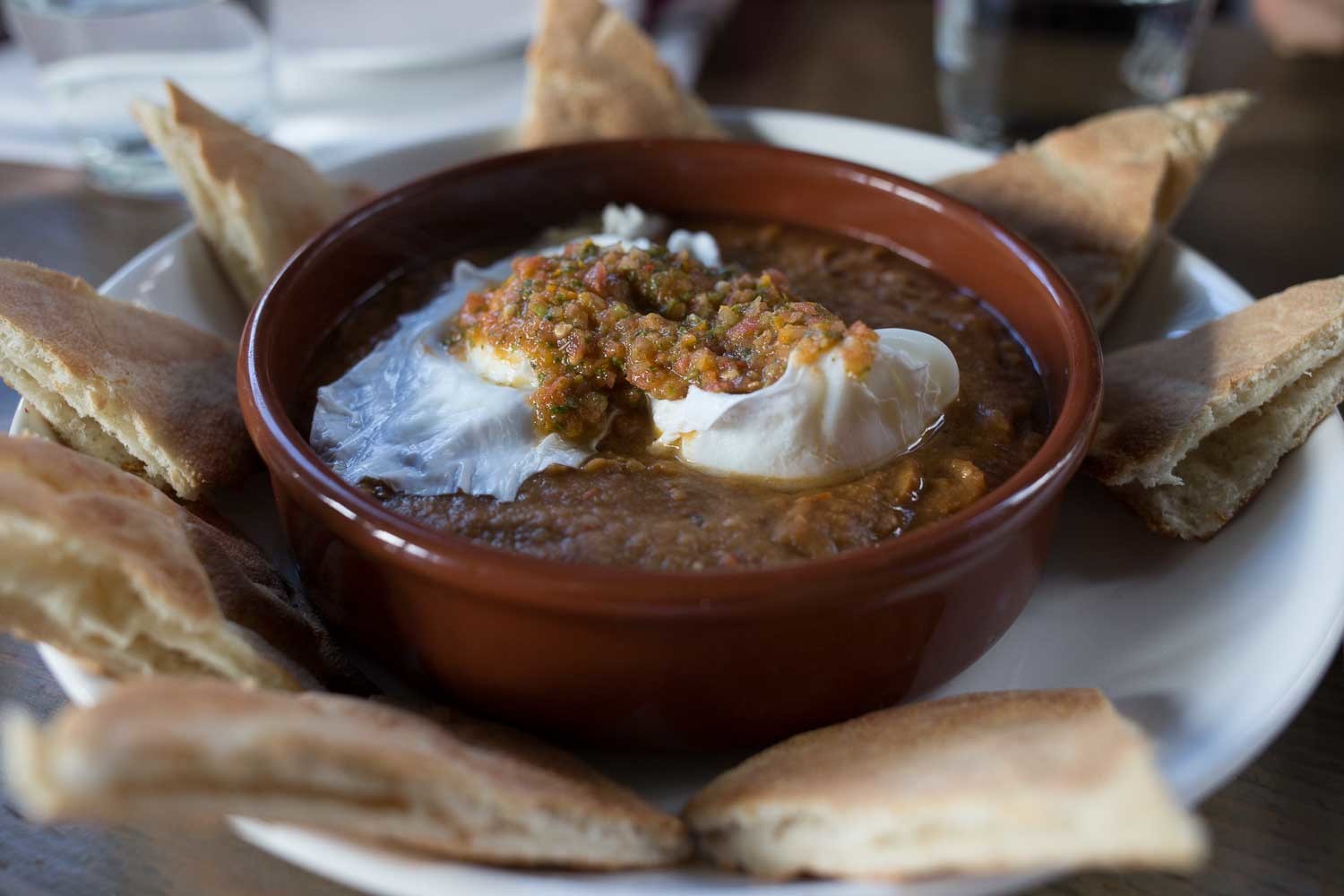 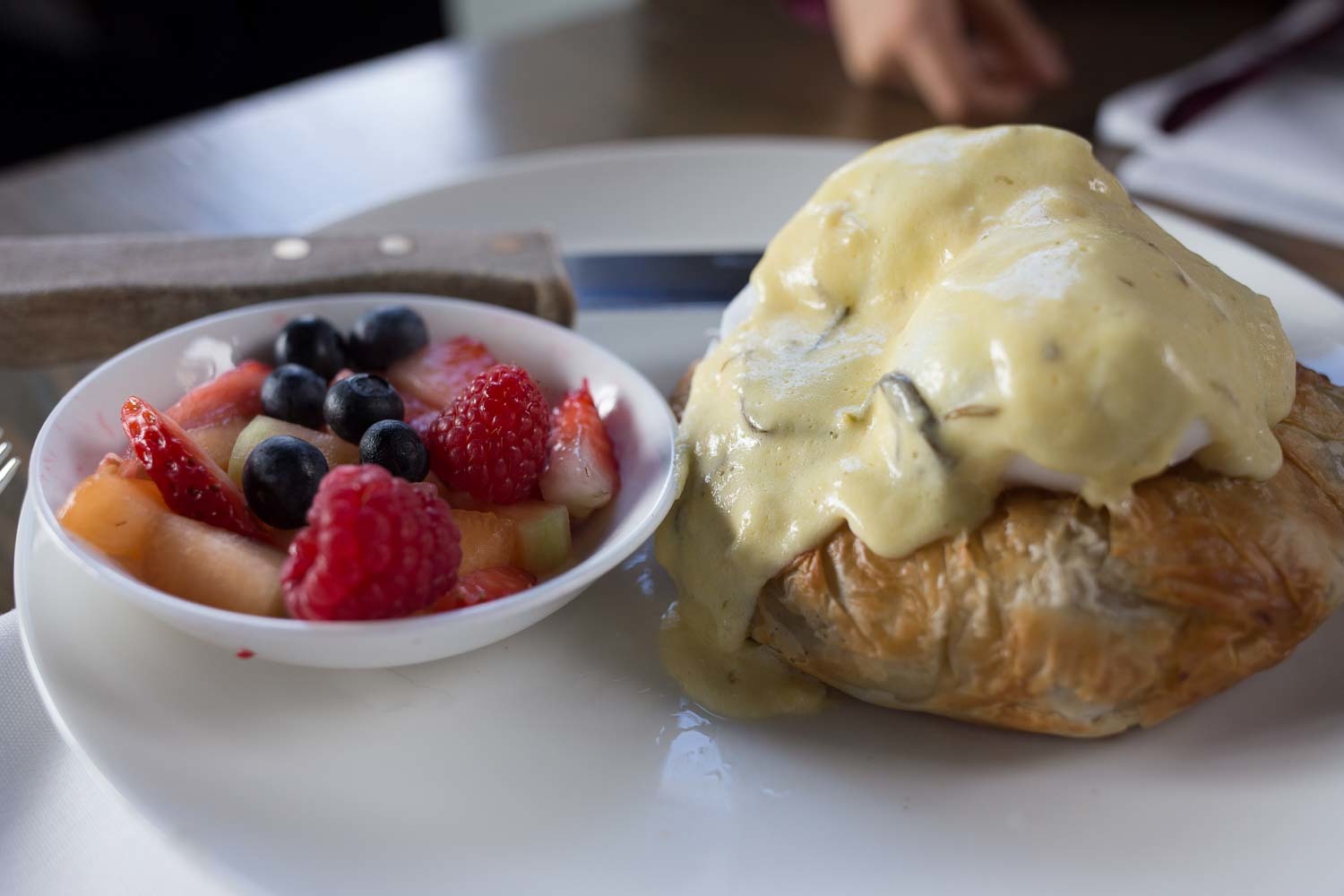 Yes, my family of 14 went for dinner in Jan 2017. Slooooowwww service, not well trained at all. Niece who organized had come with a friend for lunch and said altho the food was good (hence the dinner invites) the service was also slow at lunch. This despite the DR not being full on either occasion.

Dinner was mixed. Grilled lamb was fine, but the meatballs in yogurt sauce, praised by other Yelp reviewers, was terrible: clearly leftover from previous meal, rock hard and dried out, with a wimpy drizzle of yogurt sauce that failed to offset these ovine disasters. Seafood tajine good, seafood casserole (Helba) good. Red curry was brothy and light, similar to a Thai curry rather than a thickened Indian one.

Special of halibut stuffed with crab had no resemblance to any ethnic food at all, a typical CA cuisine dish. But that was fine because it was ordered by my niece’s in-laws, who are squiggy about ethnic food in general, LOL.

We got the mini-sampler, choosing hummus, baba ghanoush, and lebna. First two were okay, but vastly inferior to a place like Ba-Bite which focuses much more on quality and superior technique. Yogurt was fine, but Greek-style yogurt is pretty much great everywhere in the SFBA.

Both the mushroom pate and the mushroom ravioli would have been fine but the sauces on both were sickeningly sweet. No one liked those pairings at all, not even the folks who usually like sweet food. Scallop dish had small scallops and again, a sickeningly sweet sauce that with the tasteless pan-fried polenta, was a mediocre pairing. Also, the plate was drowning in sauce, way too much of it even if it had been a good sauce.

We are fans of Moroccan bastilla, and even the French-inspired version of duck strudel at Angela’s/Alameda is a fav with us. We didn’t care for Saha’s version, which was sweetened by what appeared to be a sauce of hoisin and duck au jus. OTOH, my 4-yr old grand-niece adored the bastilla and ate almost an entire one all by herself! The kids also approved the cauliflower, altho my DH and I didn’t try it.

So again, our experience was mixed. DH and I go out a lot so we’d judge this vs the other Mediterranean places we tried, from first to last:

Thanks for the detailed report. Btw, have you been to Saha when it was in the city? Curious if things changed since then. I vaguely recall that Saha was quite well reviewed here back then.

I should also add that the chef was not in the house during my brunch.

No, never tried it in SF. But if you look at the locations as well as the Yelp reviews, it’s pretty clear (1) Saha had no similar Mediterranean competitors near their SF address (and they don’t in Berkeley, either, unless you get in your car and drive), and (2) most reviewers have never visited other restaurants with similar menus, to be able to put the food/service into accurate context.

The chef was in the kitchen for our dinner. Saha’s not bad, it’s just that we think there are some better Mediterranean places elsewhere.

For instance, it’s nice that Saha’s grilled lamb was excellent, but the serving pales in comparison to Ikaros/Oakland, where the lamb souvlakia is just about the only dish they truly excel at - but Ikaros rocks that one dish if you’re a lamb kebab lover: three massive skewers of beautifully trimmed, big cubes from prime cuts for $20. We are not bargain hunters, but I can tell you I’ve broken down legs of lamb often enough in my life that I can’t match that price and quality by cooking at home. Seriously, as near as we can figure, Ikaros’ owner must be related to somebody who raises sheep [grin].

Tannourine can’t compete with Ikaros on the lamb souvlakia (it’s good, but small) but they do more things well than Saha, have a beautiful DR, a very professional waitstaff (if somewhat overextended), and you can end with an amazing Arabic coffee in the traditional style - stunning!

And so on, down the line. It’s always a balance between quality, execution, and value; as well as the usual disclaimer that our tastes may not be, and probably aren’t, exactly like anybody else’s, LOL!

Anyway, HTH. Take it for what it’s worth, which really just boils down to: expect slow service as that seemed a constant for Saha. Remind the waitstaff because they can forget things (like bringing the check without asking if anyone wants dessert). Be wary of anything with a fruit sauce, because three out of three dishes with fruit sauces were too sweet.

Note: currently street parking isn’t too bad, as long as it’s not Fri/Sat nite and the usual warning about UC events/games clogging things up. One block south of Saha there’s a condo development going up, so no retail, no tenants = one whole side of open parking slots, at least for now.

And these guys also just opened up a branch on Sutter/ Larkin.

Saha’s sutter street branch was the original location of Saha.

Oh that’s right! I forgot about that. It looks like they just reopened in the same spot. Why did they close it?