On October 3, 2016, Michelin released its 2017 list of starred London restaurants, and Benares retained its star. What sounded to me like a Spanish restaurant is actually Indian food.

Coincidentally, I was attending a group meeting there for dinner a couple of days later where our large group dined in a private room. I had several other meetings that day that involved food and regrettably I had little appetite by dinner time. I went online and decided to order a soft shell crab starter as the main when the time came.

But Chef Atul Kochhar had other plans for us. He had prepared a four course menu for our group: 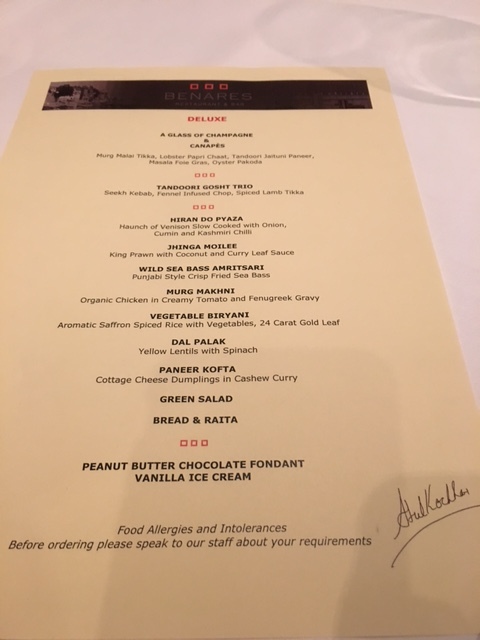 We started with canapes, bites of wonderful foie gras on squares of naan, chick peas and duck on crisp, fried oysters in the shell…all wonderful. At first I thought it was a good amuse bouche, but then they just kept coming and coming and coming…hot and fresh from the kitchen with each new wave: 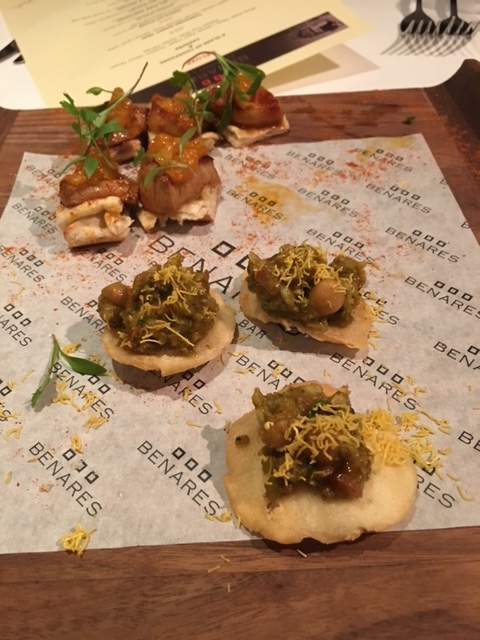 Next was the starter of a trio of tandoori meats. I didn’t find them compelling so ate little. 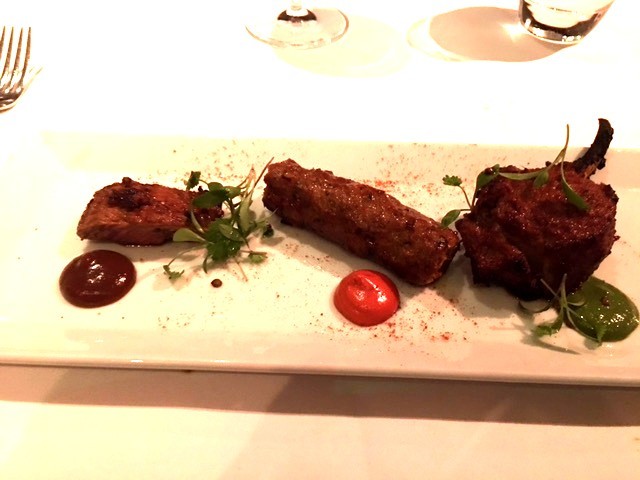 What followed with a vast amount of mains each one more delicious than the last. I wish I could have eaten more, but I was struggling. Chicken, venison, shrimp in coconut sauce, rice, vegetables, even the “green salad” was gorgeous… 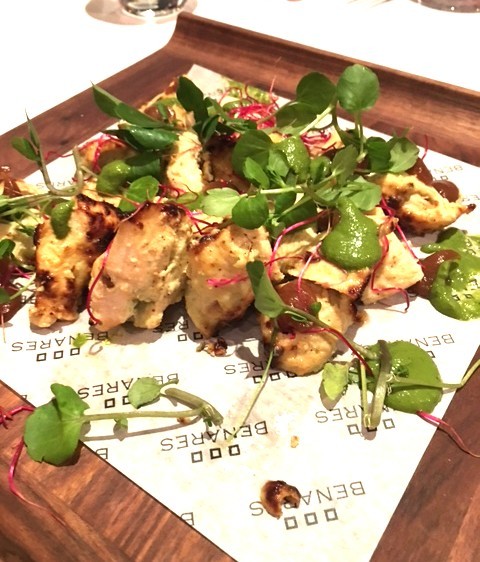 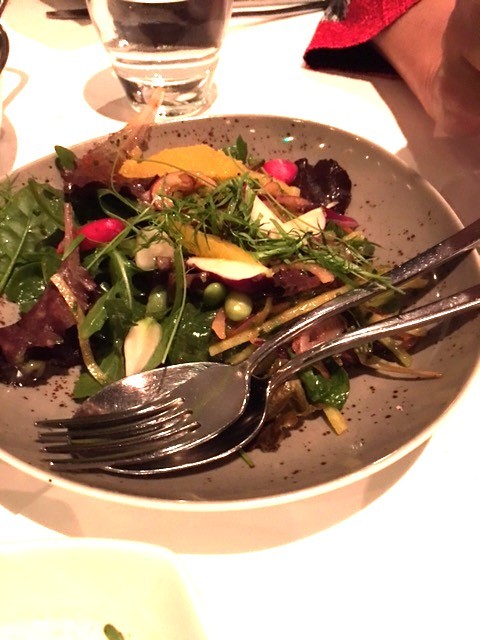 4 hours later, I skipped the dessert. Some day I will return and order that soft shell crab!