I could swear I’ve seen, perhaps had, a Bripa before, but I can’t think where. The label his certainly distinctive.

I prefer the Irish stouts – a touch more bitter and not so heavy. But then I generally try to drink locally. Ireland is a good place to look for the perfect Guinness pour. In England I may have a porter, but my usually mantra is “best bitter.”

A store near me has Straffe Hendrik in stock.

But a couple fewer in stock than they had yesterday.

I like blondes very much but not blond beer. The style is also known as Belgian strong ale (I just don’t like the taste of this style). However, I think this particular beer is OK. The brasserie is a short distance from the French border. 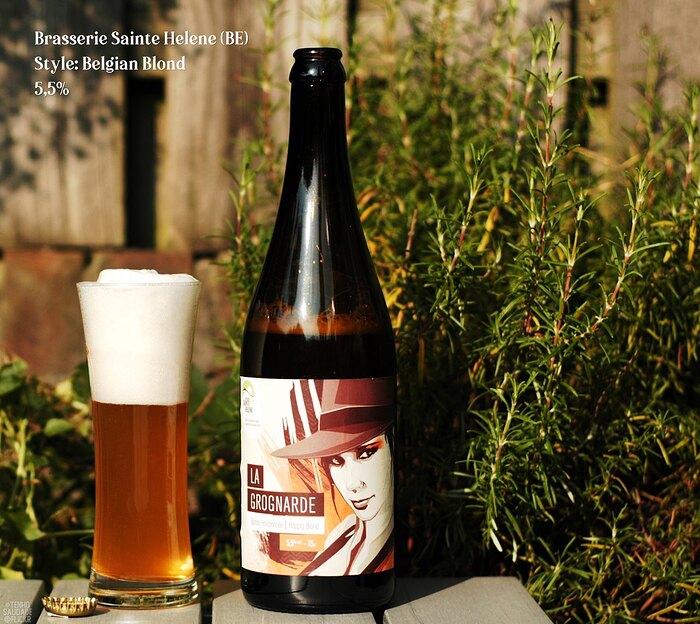 Now, this is much better. A dark beer brewed in the “methode traditional” style. Normally I smirk and say “no right to exist” when it comes to “brut”/“Champagne-style” beer but this one is pretty delicious. I have to find it again.

Via special processes (remuage and disgorgement), the yeast is removed from the bottle. The secret of the balanced taste is in the barrels: Malheur Dark Brut rests on young American oak, specially designed for this beer was burned. 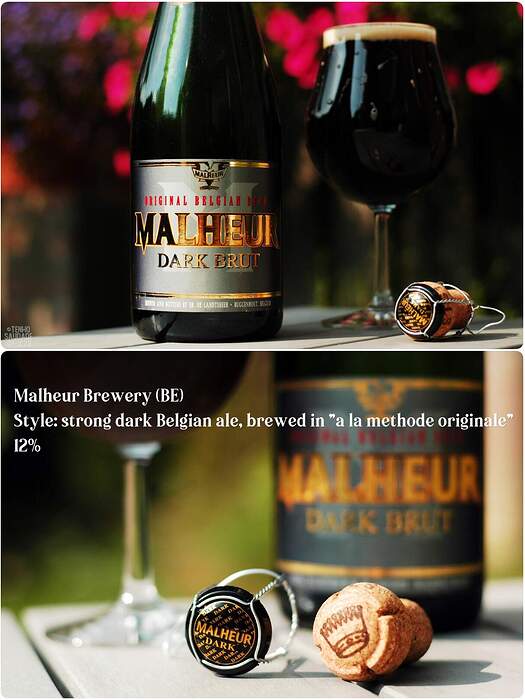 My teeth hurt. It’s that sour.

It seems as if there’s a desire by breweries to make a name for themselves by going to some particular extreme, or sometimes several extremes. Perhaps it’s because making good beer doesn’t seem like it’s going to be enough on its own to get by on. And maybe that is because there are just too many breweries? The demand for beer can only be divided up between so many brewers, because when there are too many, each one gets only a tiny “slice of the pie”. 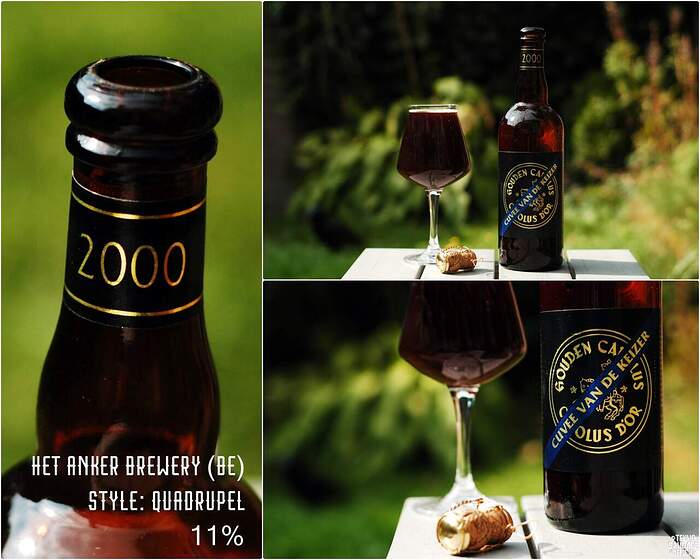 I used to support this craft brewery but they disappointed me much too soon and far too often. I washed my hands of them. 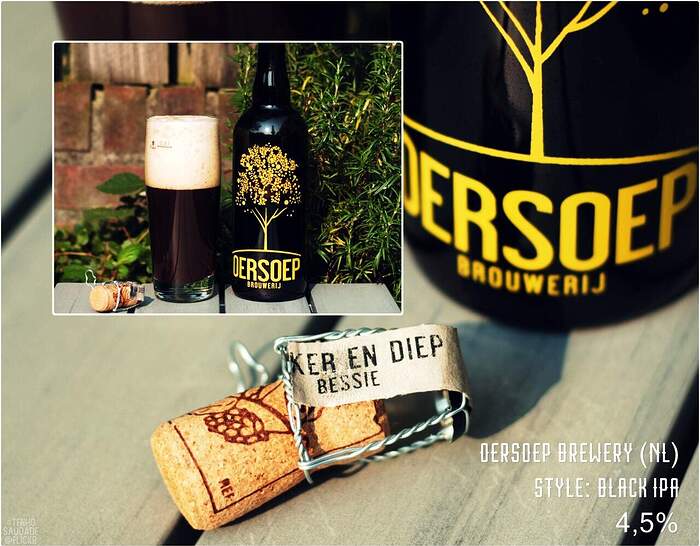 One of my favorite is O’Taras by VG Craft Beer. 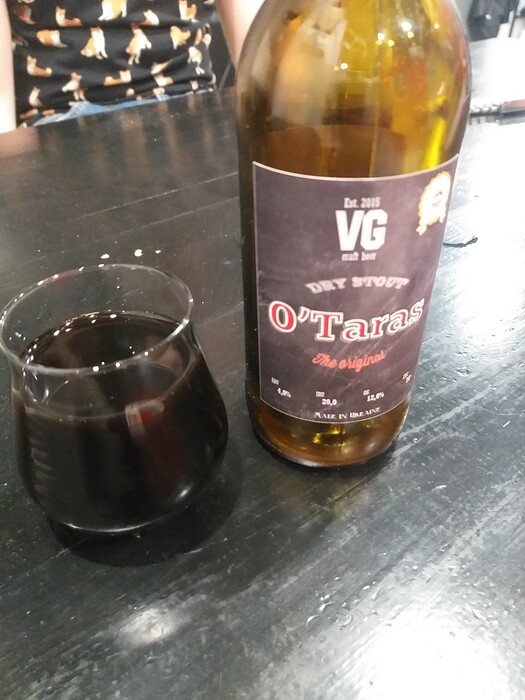 Where are you located?

Hello,
currently I living in US, but sometimes arriving to Kiev for job and this beer from here.

Would love to visit the Ukraine someday. The closest I have come near it was Moldova. Would also love to try all the beer and food in the Ukraine.

Do check out the welcome thread and read about other memers.

Let's introduce ourselves and get to know one another better Stickies

This is an idea that ElsieDee suggested in a separate thread that I found to be helpful to really get to know one another better and adding a human touch so we aren’t just a user ID to one another. So let’s write a short intro of ourselves to the community: Where are you? What food-related topic are you most passionate about, that you want people to ask you about and you can’t stop talking about it? What’s a great food experience you have had? A little tidbit about you I will start off: Sa…

“Imperial” Gose (“goh-ze”). Only hipsters would come up with this rubbish name. 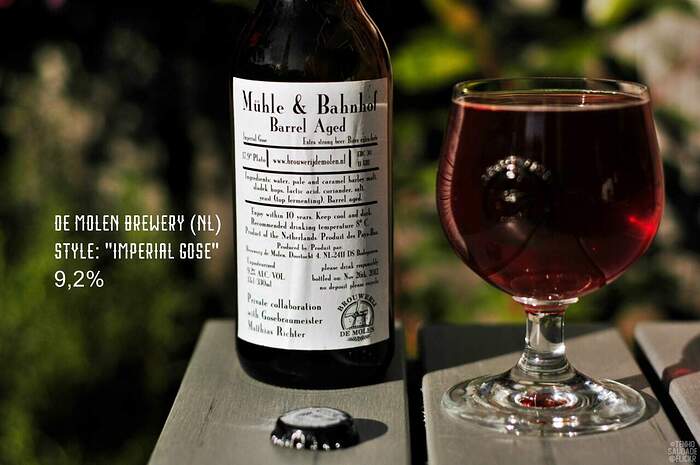 One of the very few Belgian beers I would touch nowadays. I bought a whole box way back. Still have a couple left.

They use the bottle from the same year on Boon’s website. 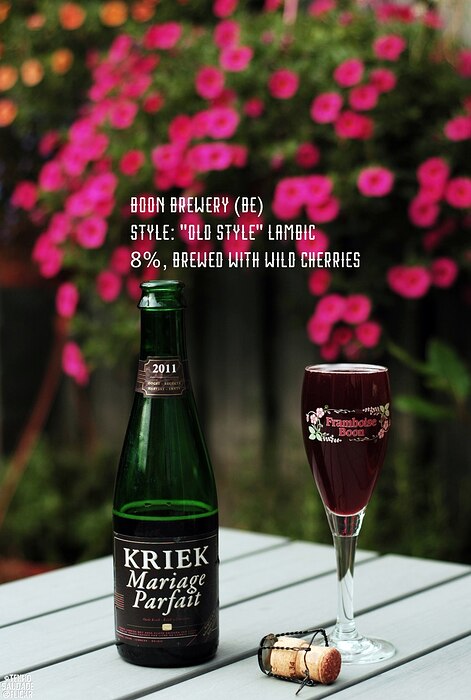 I agree it’s a “pure hipster” name that proclaims “I am the Grand Hipster” just by reading it.

Which of these 2 abominations is “better”? Cough syrup brown beer with raspberries or lambic with mead? 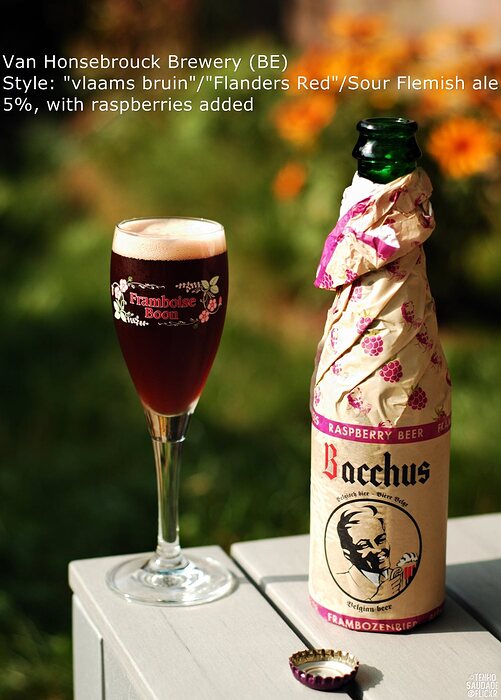 This one is rare, they only made a few. I snagged 2. 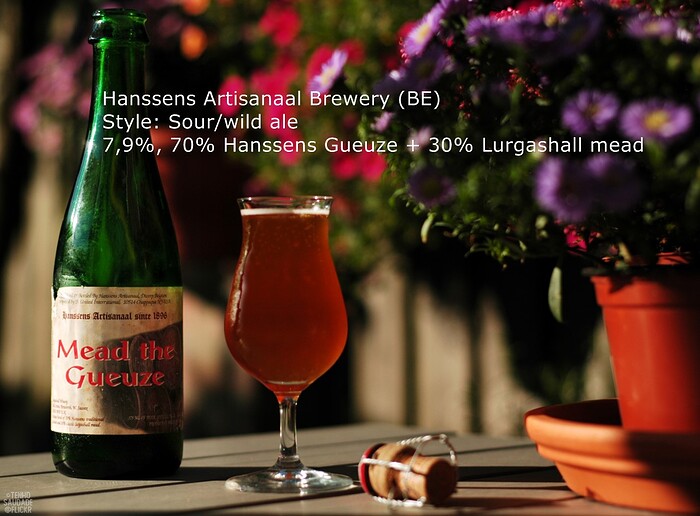 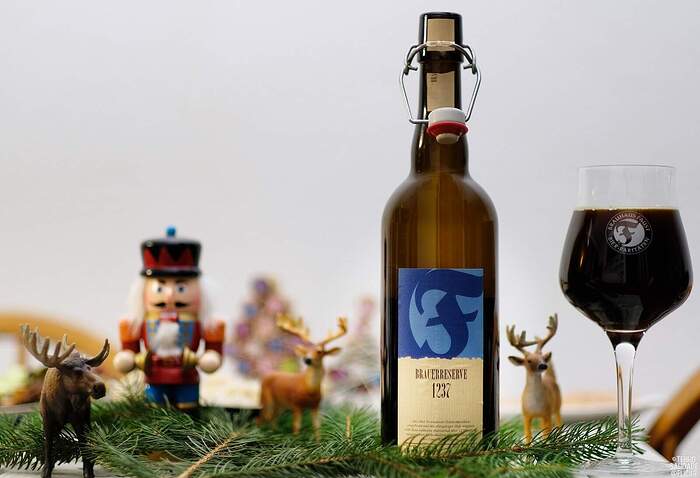 I got a few different bottles from the town’s brewery back in 2015. I hope my last bottle in the “cellar” is the Eisbock. 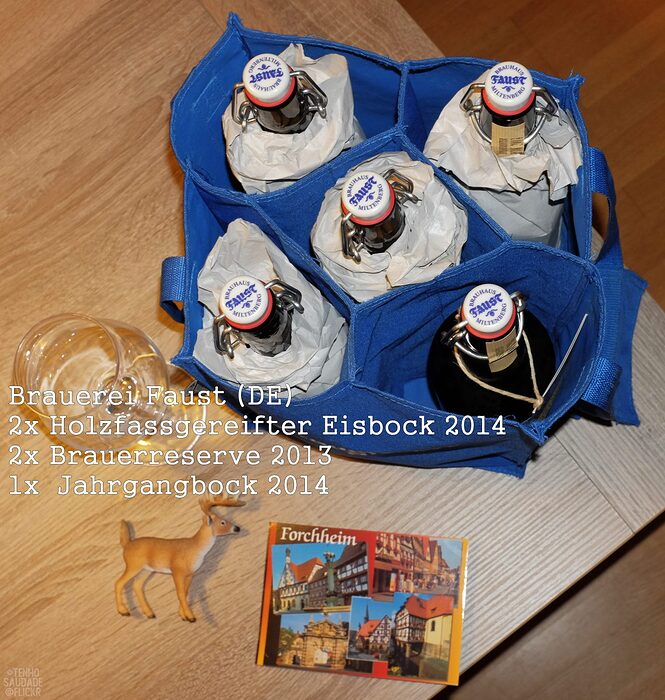 What’s the price in the US for the 2018 Kriek? Cantillon beers fetch high prices on the international market due to hype.

I always buy mine elsewhere in Belgium or at Cantillon brewery in Brussels (where you can also buy their beer, sit down and drink it).

I honestly don’t know. We bought it a while ago and we never got around to drinking it until this week. I don’t even remember where we got it.

Ouch. The brewery can do nothing about the extortionate prices set by sellers. They can limit how much you can buy directly from them and other measures but it’s a losing battle. Westvleteren monastery had to take measures and now it’s a big hassle just to buy some of their beer. Once some American beer website(s) hype(s) xyz beer up and it gets flooded on IG/FB then the losers are the real beer fans. It gets harder to find and prices go up.

At Cantillon brewery one time (I’ve been there a bunch of times): 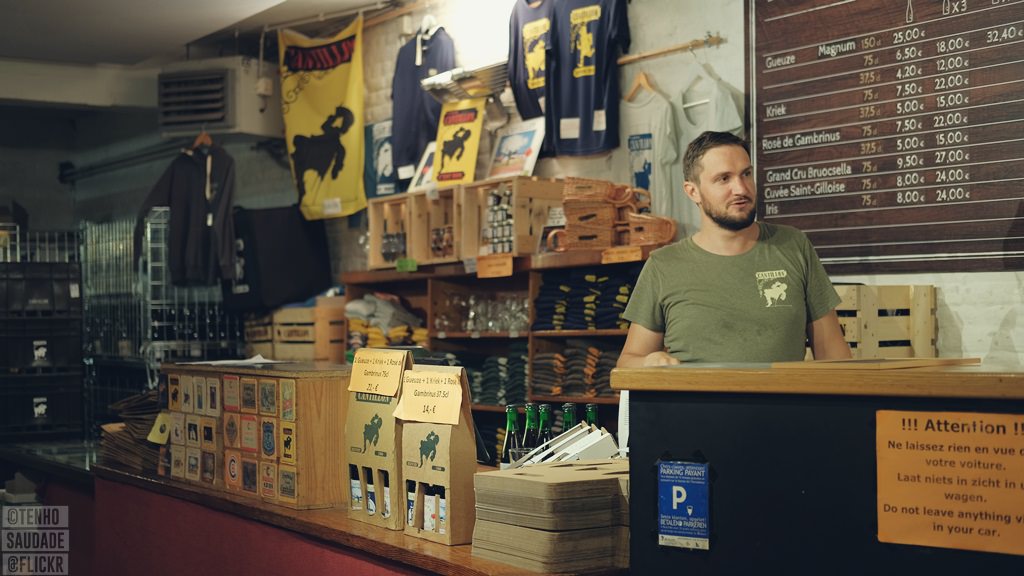 I prefer to buy by the wooden crate but this time we stayed at a hostel where we couldn’t bring the crate inside. They have no outside alcohol rule. But we could put these in our rucksacks. 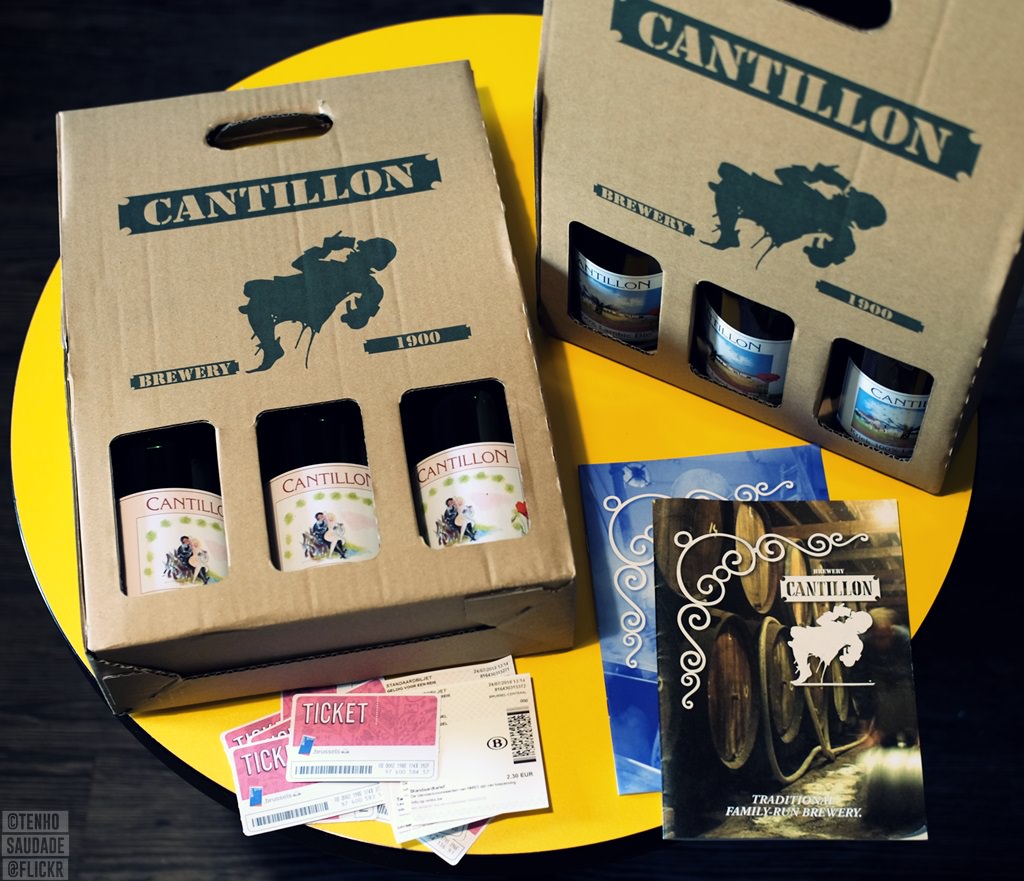 Opposite the counter is their new bar where you could buy and drink on the spot. The bar is a recent instalment. It makes the place looks a bit better. Before that it used to look like an old unkempt barn.

At this visit we also got one of the bottles listed on this chalkboard and split with our Korean friend who is a craft beer enthusiast. 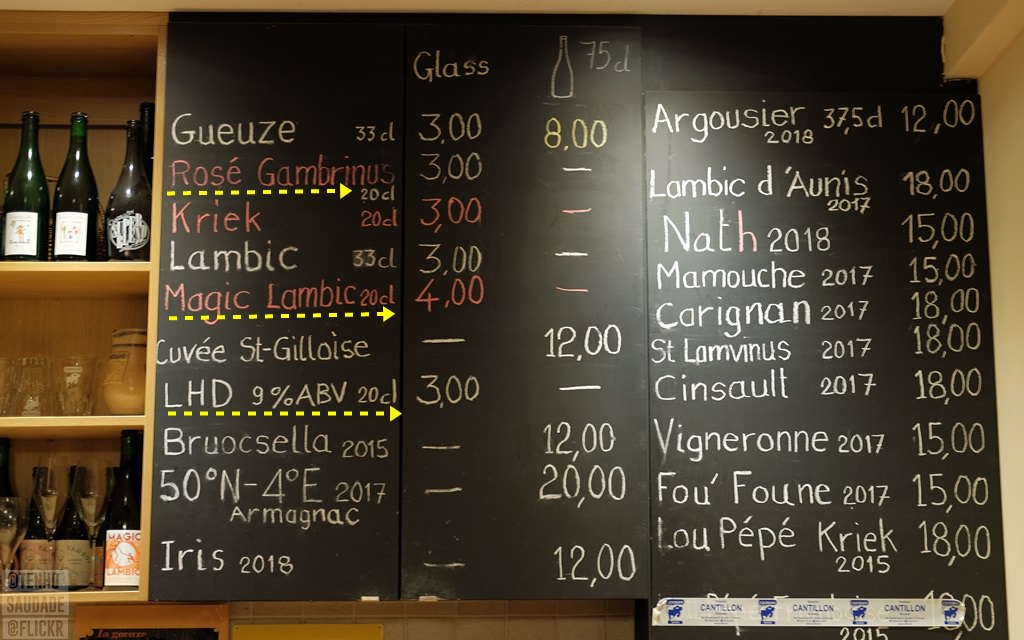 The Magic lambic was so good I had it several times 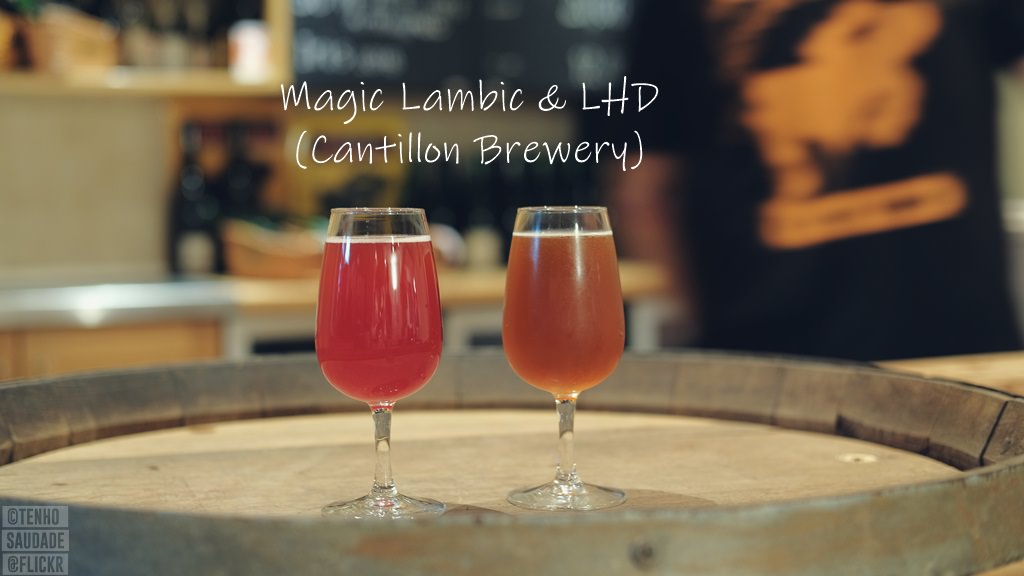 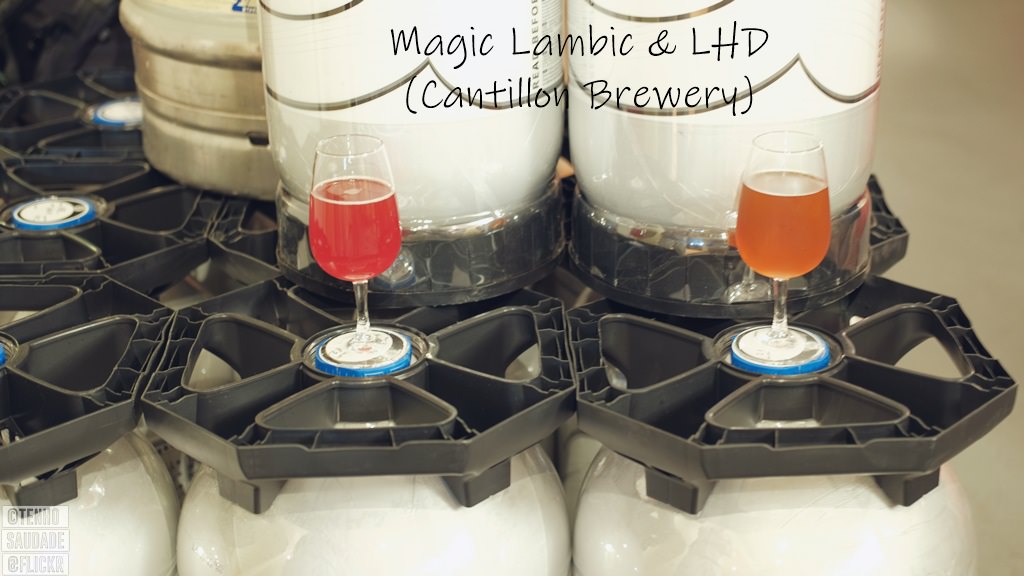 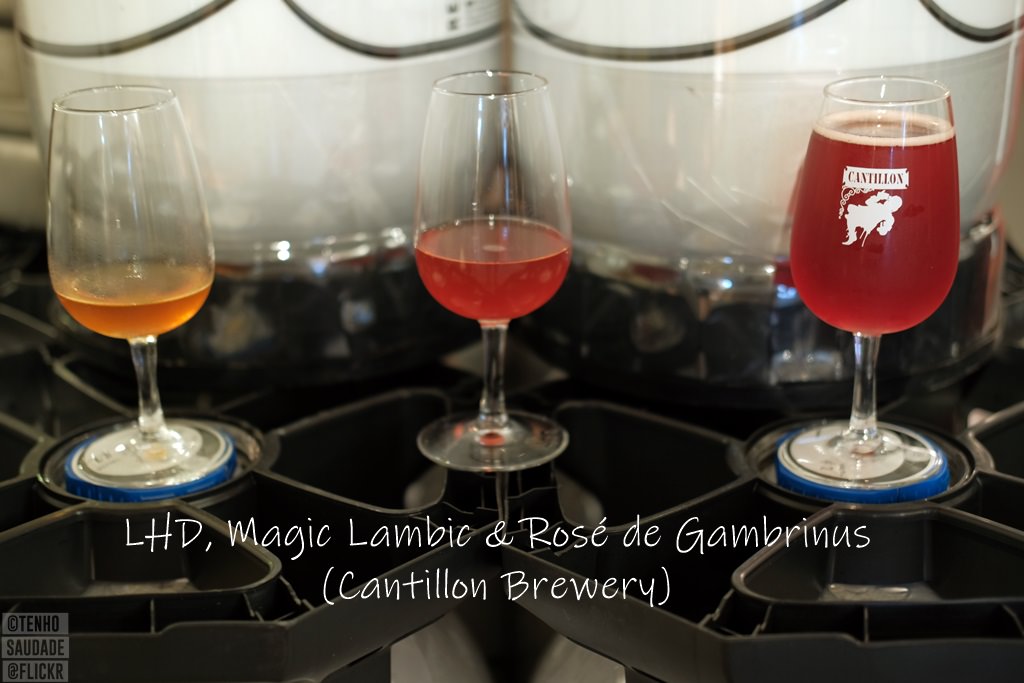 Unassuming from the outside 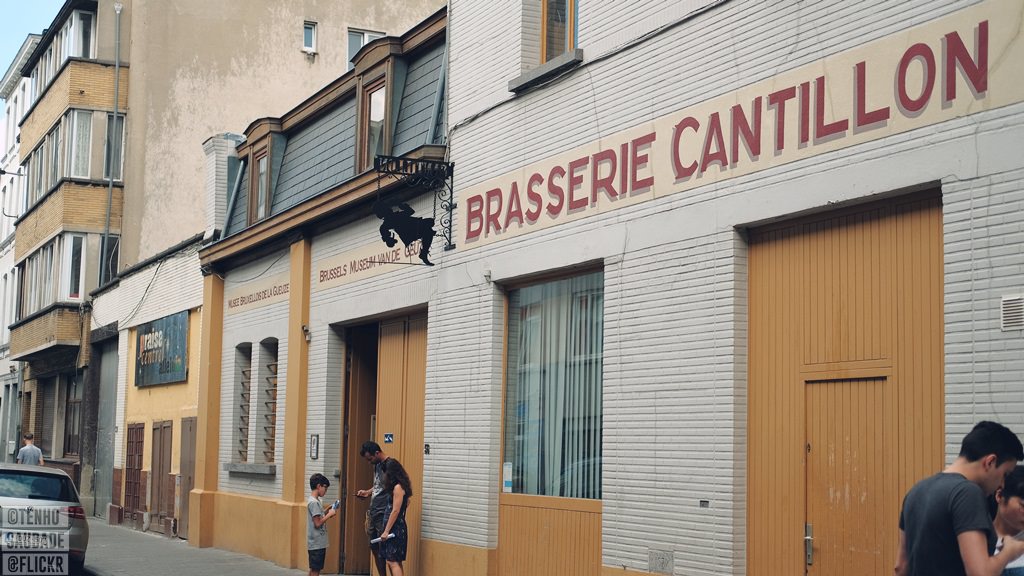 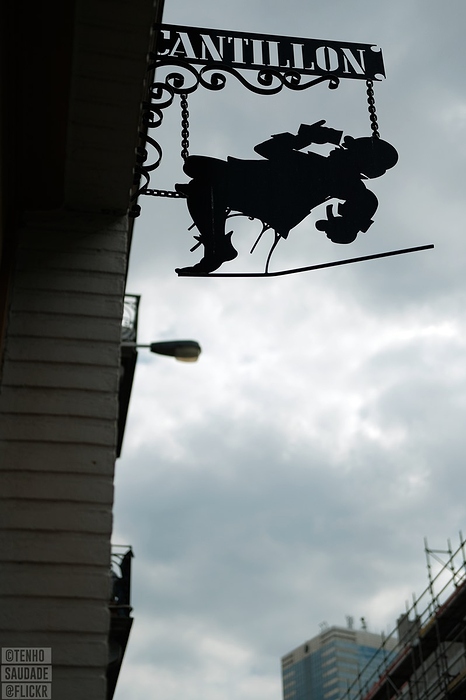 More Cantillon at a pub in another neighbourhood. It’s not centrally located so not many tourists want to venture out of their comfort tourist zone. 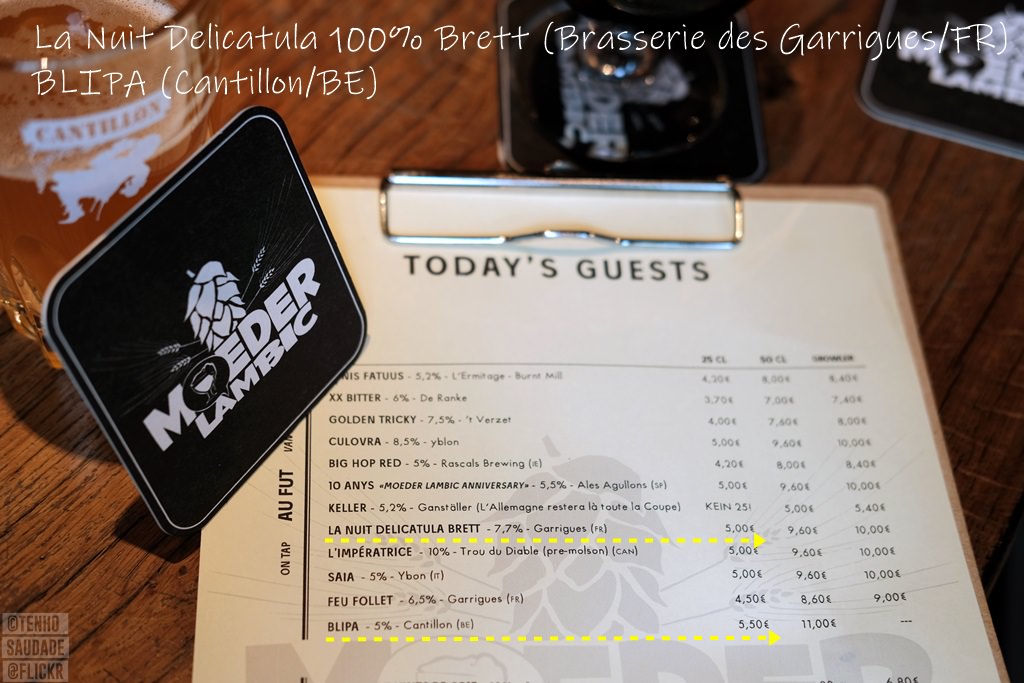 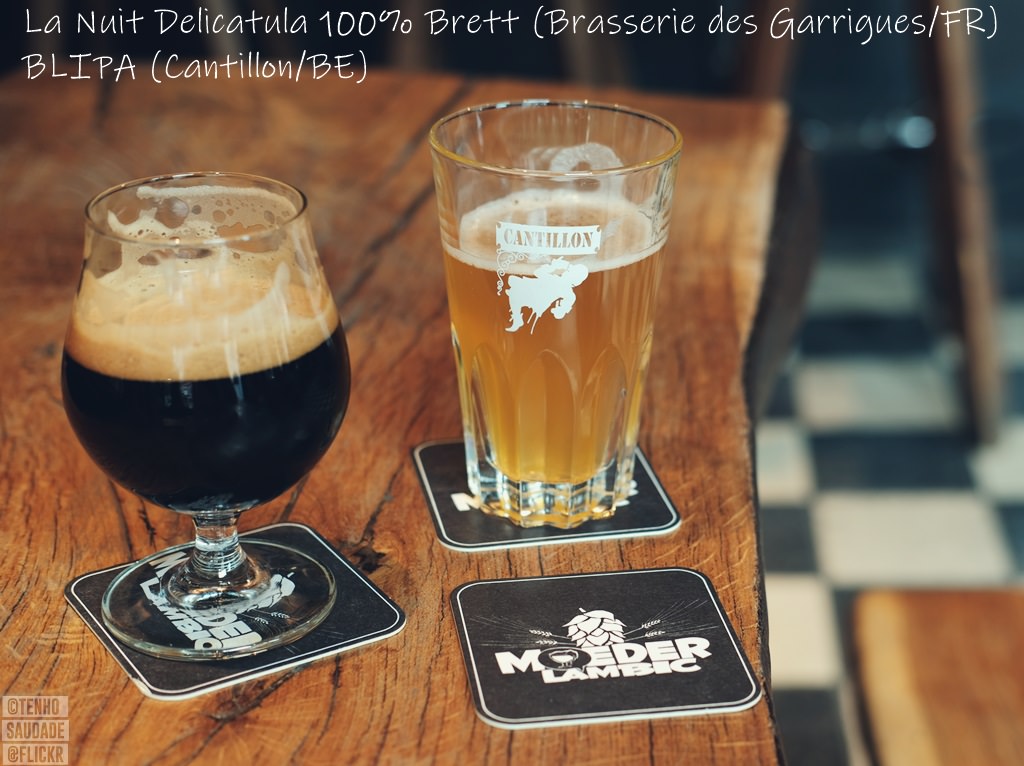 This is the pub. The original “Moeder Lambic”. The newer one at another location has many, many more taps but it’s full of only tourists. It’s aimed at the (fake) beer tourists who pay for the location and beer higher prices. 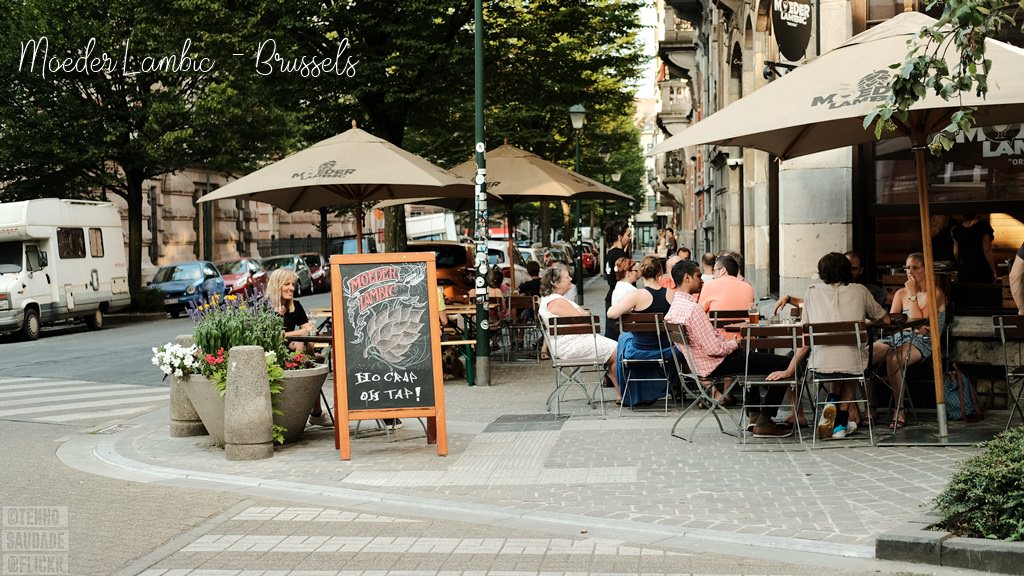 Got the crate home from the monastery. This monastery brews the least beer, in terms of output and is also probably the least popular. 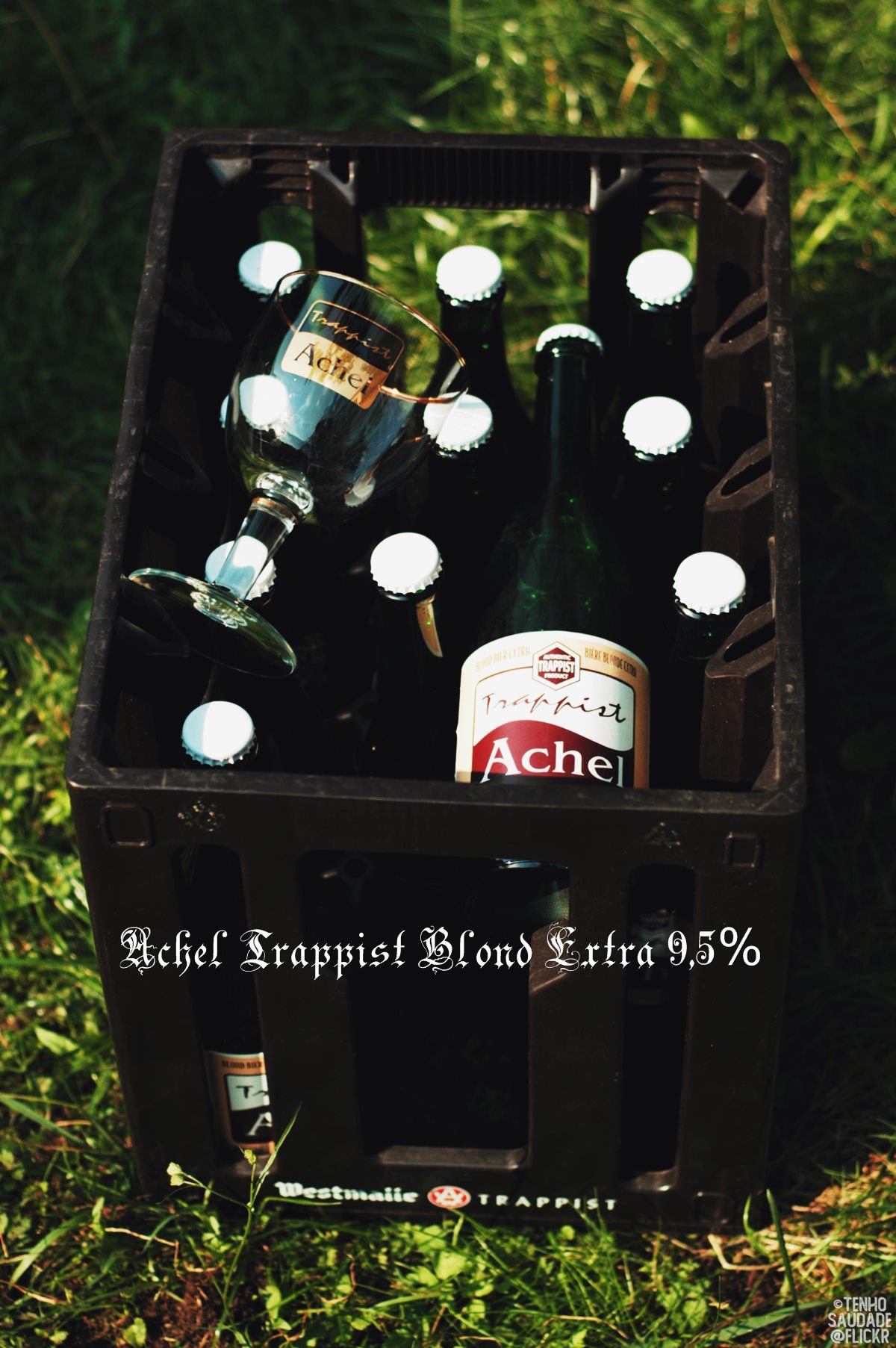 We’ve been to the monastery many times to drink their beer on tap. They only have 2 kinds on tap. This one is stronger and only available in bottle. I gave the glass to someone in Austria a couple of years ago. My glass collection was getting out of hand.

The “extra blond” is best out of the 3 beers they brew. 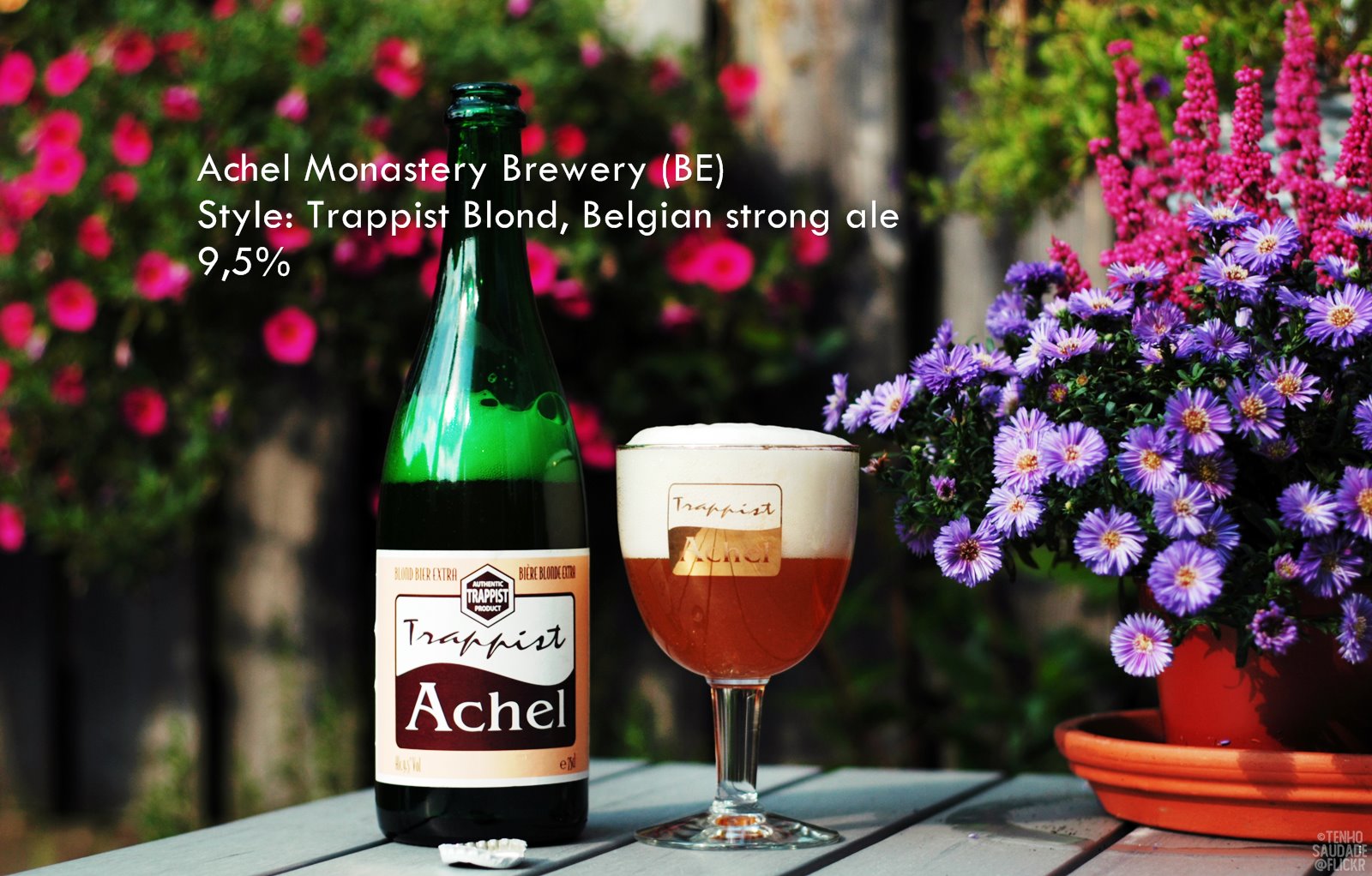