On this year’s fall visit to Portland, I happened to notice that our drive would take us past Biddeford and the Banded Horn brewery. That was the first of a few serindipitous visits to a few craft brewery tasting rooms in the Portland area. Somehow we failed to notice how many area breweries offer tastings these days—so much to check out.

Banded Horn in Biddeford was stop 1 on a Friday afternoon. The friendly, funky tasting room occupies about half of the brewing space inside an old mill complex. And I do literally mean funky, because the premises smell like spilled beer. Good experience nonetheless. We opted to share a tasting flight of four pours for $10, which let us taste more and consume less alcohol. The most interesting beers to us were Eldir, a German-style Rauchbier, and Gratzer, an oak-smoked wheat ale.

If you go: Relax on their outdoor deck in good weather. Games are available inside on their industrial-cool premises. 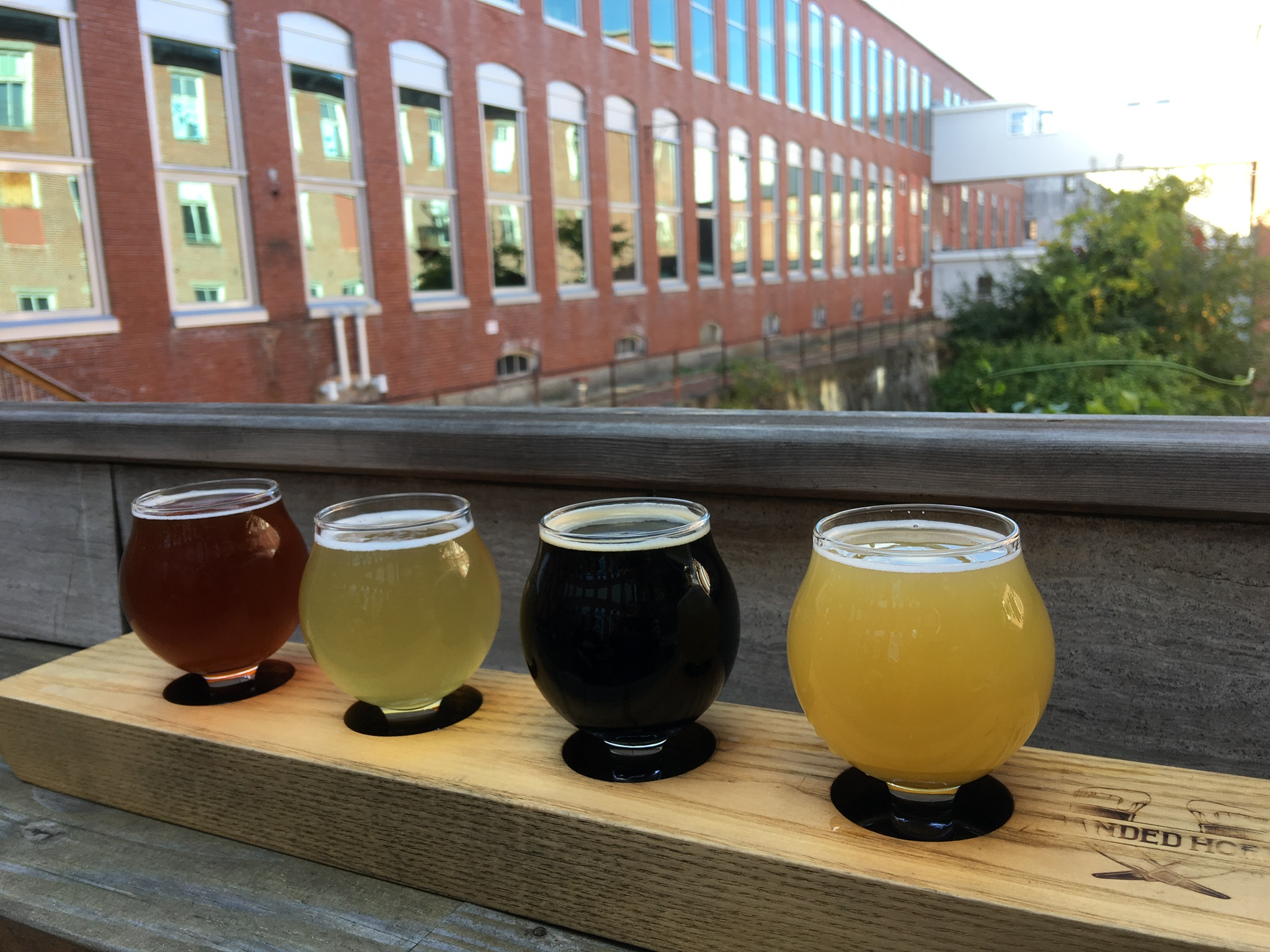 Early Saturday afternoon brought us to Freeport, where a stop at the Maine Brewing Company was in order. The place was hopping on that sunny fall day and two food purveyors had set up shop in the parking lot. Lunch!

We split a large muffaletta sandwich and salt and vinegar chips for $16. A tasty value from the Kind Stack Sandwich Co. Beers were Post Ride Snack session IPA for $5 each. 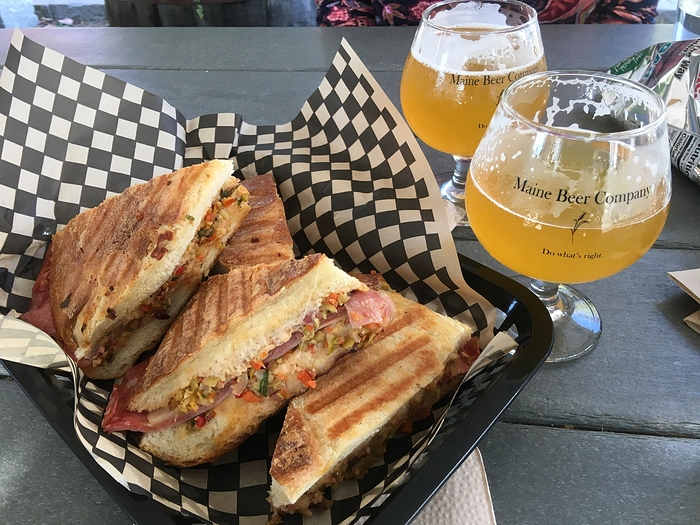 Late in the day, we visited Rising Tide in Portland. We try to stop here on every visit to the city. Always busy, welcoming vibe, and we can typically find a nice dog or two to meet outside in the parking-lot-turned-patio. The El Corazon taco truck was just rolling away, but we could have had lunch if we arrived earlier—and not stuffed from the muffuletta sandwiches we already ate.

Beers of choice were Waypoint, a coffee porter, and Zephyr IPA (I think, because my husband had that all to himself). These were 10 ounce pours for $4. 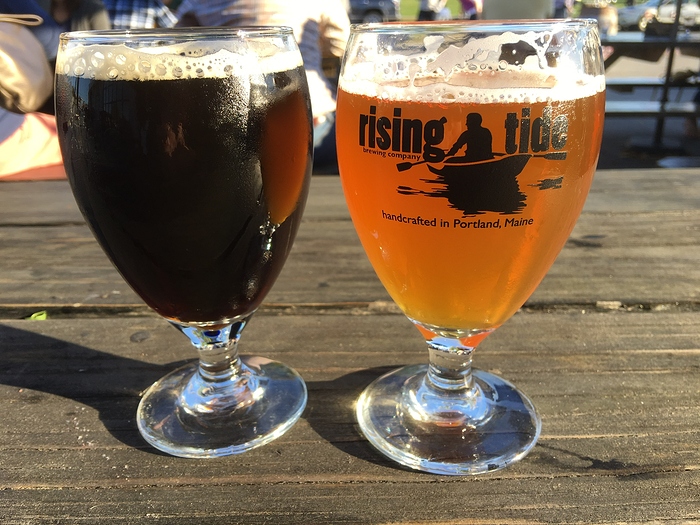 On Sunday we had time for one last visit. The destination was Foundation Brewing Company on the outskirts of Portland. We opted for a $10 sampler. Zuurzing, a sour farmhouse ale, and the hoppy Cosmic Bloom were our favorites here. I didn’t much care for the Modern Wonder lager. A local couple that we met said there’s usually a food truck onsite (weekends, at least) if you want lunch.

You could also visit Austin Street Brewery in the same building and Allegash across the road if you had time and a designated driver. We had neither, alas. 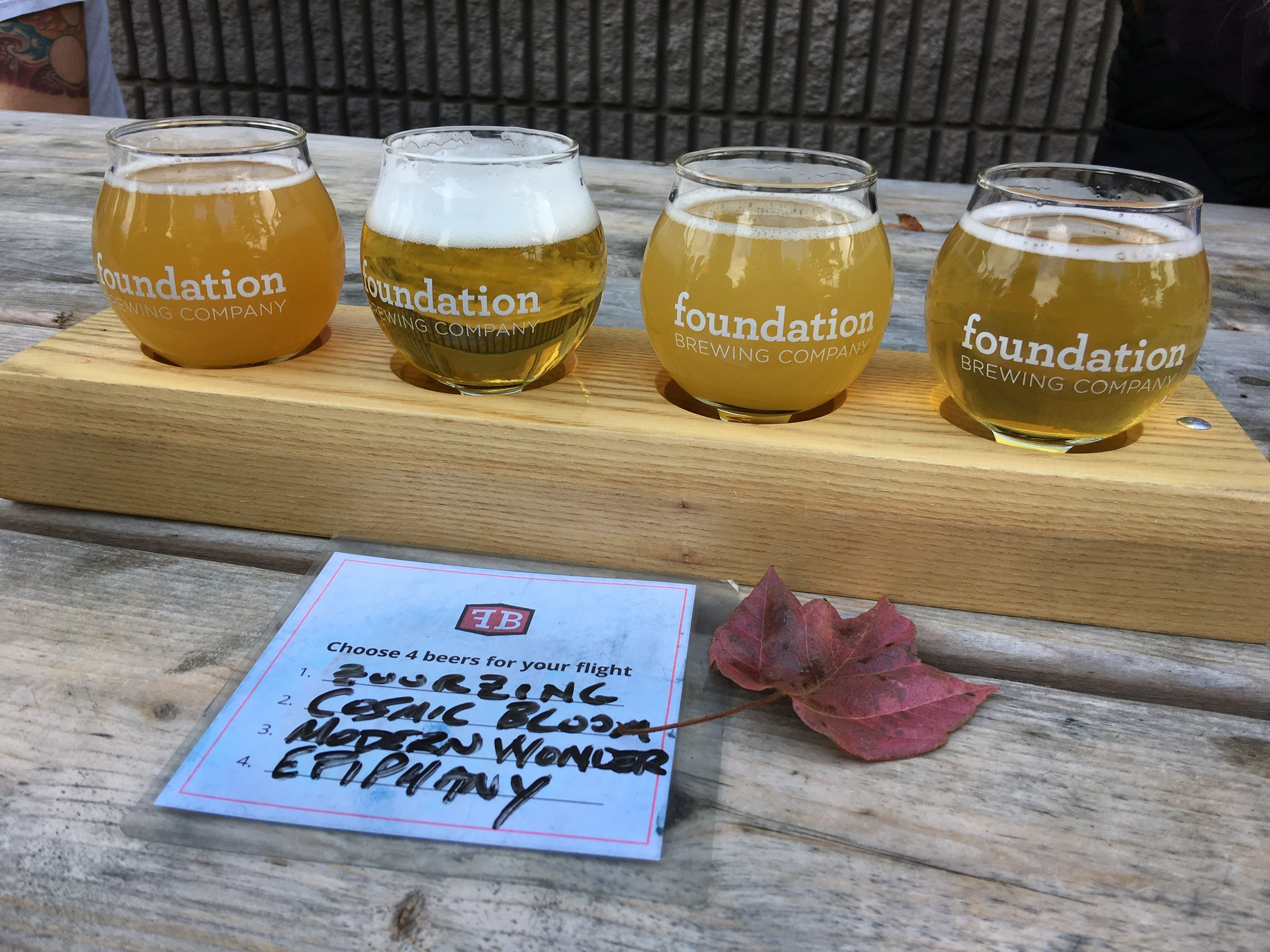 And not that I found this in time, but here’s a handy roundup of beer tasting rooms in Southern Maine, courtesy of Eater. 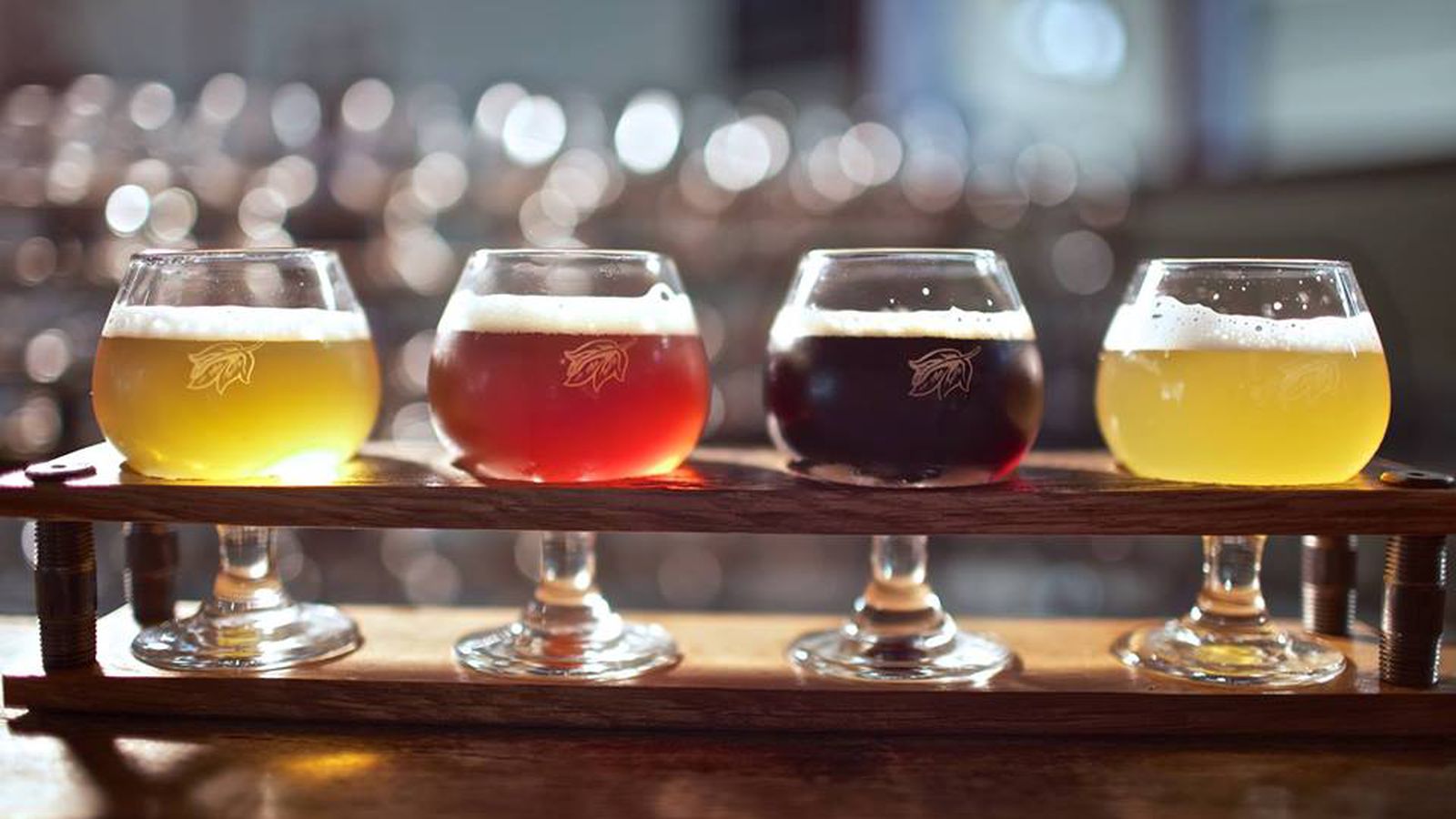 Looking for local beer from the source? This is the map for you.

Kind moderators, could you please move this topic to the Boston, New England board? I accidentally posted in the wrong board and I can’t figure out how to fix my mistake. So sorry about that.

I think I did it…

Whew, high five! Thank you for moving my post, @winecountrygirl.

Fun report, thanks for writing it all up. Sounds like a great weekend!

We’re heading up to those parts this weekend. We will definitely stop by Maine Beer Co, one of our favorite places to pop in for lunch. It’s nice to hear there are other options besides pizza which we’ve had in the past. Pizza has been good but a little floppy for my taste.

Last time we were in Portland, we stopped at Allagash which we normally don’t drink but it was a lot of fun, especially with the Korean taco truck parked there on a Sunday. If my memory serves me correctly, you can’t buy beer there but you get flights and bring them out to the patio on nice days and chow down on food with your beer. (Of course I could Google this to get accurate info, but it’s nice to be free of the tyranny of Google sometimes.)

I concur about Banded Horn - we stopped in on a whim when we saw a sandwich board on the street a few years ago. Something about it felt slightly ilicit in a fun way.

These days we do what the spring onion tells us he wants to do but we will report back if I have any new data points or if I can add anything of value to the existing ones.

The other food option that Maine Beer Company had last week was Highroller Lobster Co. We were pretty impressed to find two food pop ups on site (the other being Kind Stack Sandwich, which made that excellent and spicy muffuletta).

And though we didn’t get food from
El Corazon taco at Rising Tide in Portland this time, we have enjoyed their stuff in the past. Rising Tide is our favorite craft brewery stop of all in the Portland area.

I’ll be curious to hear if you have, or find, a favorite!

Topic-adjacent I know, but if you enjoy farmers’ markets, the Portland Farmers Market is at Deering Oaks Park on Saturdays from 7am - 1 pm until December. Huge, green park with loads of space for your Spring Onion to run around. Also the mothership location of Holy Doughnuts is across the street from the park. Lots of families with little ones there last week. Kids and adults alike were transfixed by the wonder of fresh doughnuts.

novare res is a great place to have a beer in the evening on their patio - doesn’t overlook the bay, but is in the old port and has a great selection.

and highroller’s lobster is awesome…loved the regular roll as well as the lobster in cheese/bacon wrap.

novare res is a great place to have a beer in the evening on their patio - doesn’t overlook the bay, but is in the old port and has a great selection.

Yes! Novare Res is our favorite bar for craft beer, in Portland or elsewhere. The staff is so knowledgeable about everything that’s on tap.

Fun and informative. Thanks!