Does anyone else watch this? I’m watching one with rapper B Nice, and last week I was laughing out loud when Tina Fey was on. His guests are getting better and better, and along with B Flay, make the show entertaining.

With few exceptions I really like how relaxed and not-full of himself he comes across, and remember when so many of us “famous chef” fans (that’s not the phrase I’m looking for) felt differently. 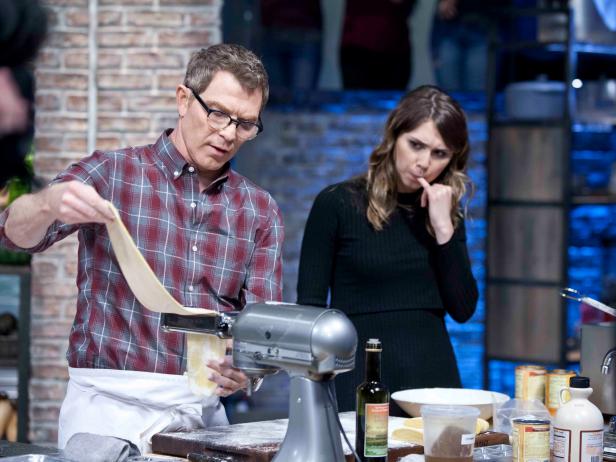 Take a look at some of Bobby's A-List guests who want nothing more than to see him lose.

Never heard of it but sounds interesting and will try checking it out. Thanks!

Bobby Flay annoyed me for the longest time, so I was not interested in watching much of what he’s involved with. If he’s mellowed out (and he has been more under the radar for celebrity chefs recently), I am open to changing my mind.

I watch it too. I do like how the guests pick on him and he takes it in stride.
And its the guest chefs are interesting to watch. A easy 30 minutes when the rest of TV isn’t.

I’m not a BF fan, but others in the house are, so I end up watching it anyway. I think it will be difficult for me to change of opinion of him…

Unrelated show, but there was an episode of Guy Fierri’s chef cook off with amateurs that had a heavy set Latino guy battling a petite Asian woman. The Asian woman won the competition and Guy was talking to her about her background and he was hinting, “Your childrens names are, what?” And she was like, Child 2 and Child 3 are named this.
And Guy pushed her a bit and she finally realized, “Oh, my! My eldest is named Guy, too!” The funny part is that Guy was just shaking his head like it happened to him all the time.

Well… as long as you’re willing to watch. He played basketball with Amar’e Stoudemire tonight.

This makes me glad I don’t have cable.

I have been watching Bobby Flay for far longer than I would like to admit (Hot Off the Grill with Bobby Flay anyone? I was in diapers, I swear ; )

Anyhoo, yup, I have found him annoying but? I really like the format of Beat Bobby Flay. Clearly, while still uber competitive, he’s been working on his on camera persona and? Every once in a while there’s a bout where I can see, he is truly impressed with his opponent. (Throwdown was similar but he was not as comfy on camera.)

So yes, I watch it. It’s fun, I learn something and it’s the perfect length for me to do a bit of elliptical before dinner. Even though watching it makes me hungry …

I was in diapers, I swear

Did you watch his first series. Grilling and chillin .