Was driving by, saw the grand opening sign. Googled it and realized they specialize in Bo Bun Hue. Well, hell, I had to try it out even though I’d already had lunch… Note, I’ve never had a BBH in Vietnam so can’t say I really know how it is supposed to taste.

Overall, I thought this was a great lunch find and better than other versions I’ve had in the area.

Have you been to Bun Bo Hue An Nam in San Jose or Tuyet Mai in SF? How do you like BBH Noodle compared to these two?

Raw cabbage? They must be going for some crunchiness?

BBH had 20% off when i tried them in July.
ordered Pho Dac Biet, got Bo Bun Hue instead. kept it with price adjustment. .50 difference

Yeah, totally concede I’m a BBH novice so wanted to get the discussion started. I did read somewhere that this place is affiliated with An Nam. And if you believe the yelp reviews a decent number of people like it over An Nam. I definitely haven’t had this dish down in SJ… We used to hit the story road restos back when our kids went to sleepy hollow. But it’s ben a few years and we just don’t have great reason to be in that area most days.strong text

Its funny you brought up Happy Hollow and An Nam. That’s the lunch place for us before we hit Happy Hollow.

My broth wasn’t very spicy. Would love a little bit more noodle given the size of the bowl. Overall a satisfying mix between the mild heat from the broth, the aromatics, tanginess from the lime juice, mint and meatiness. No pig foot that I can see. 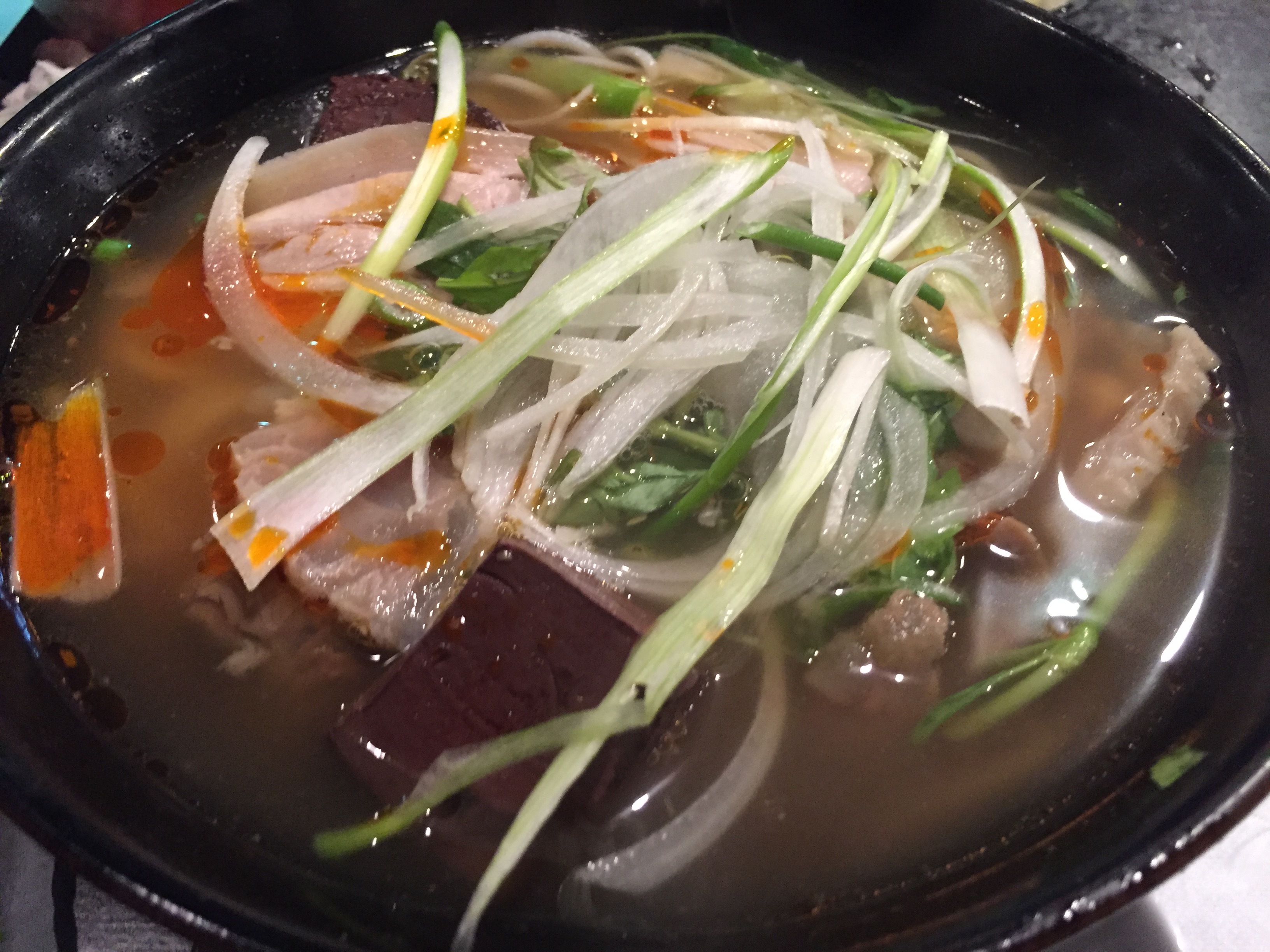 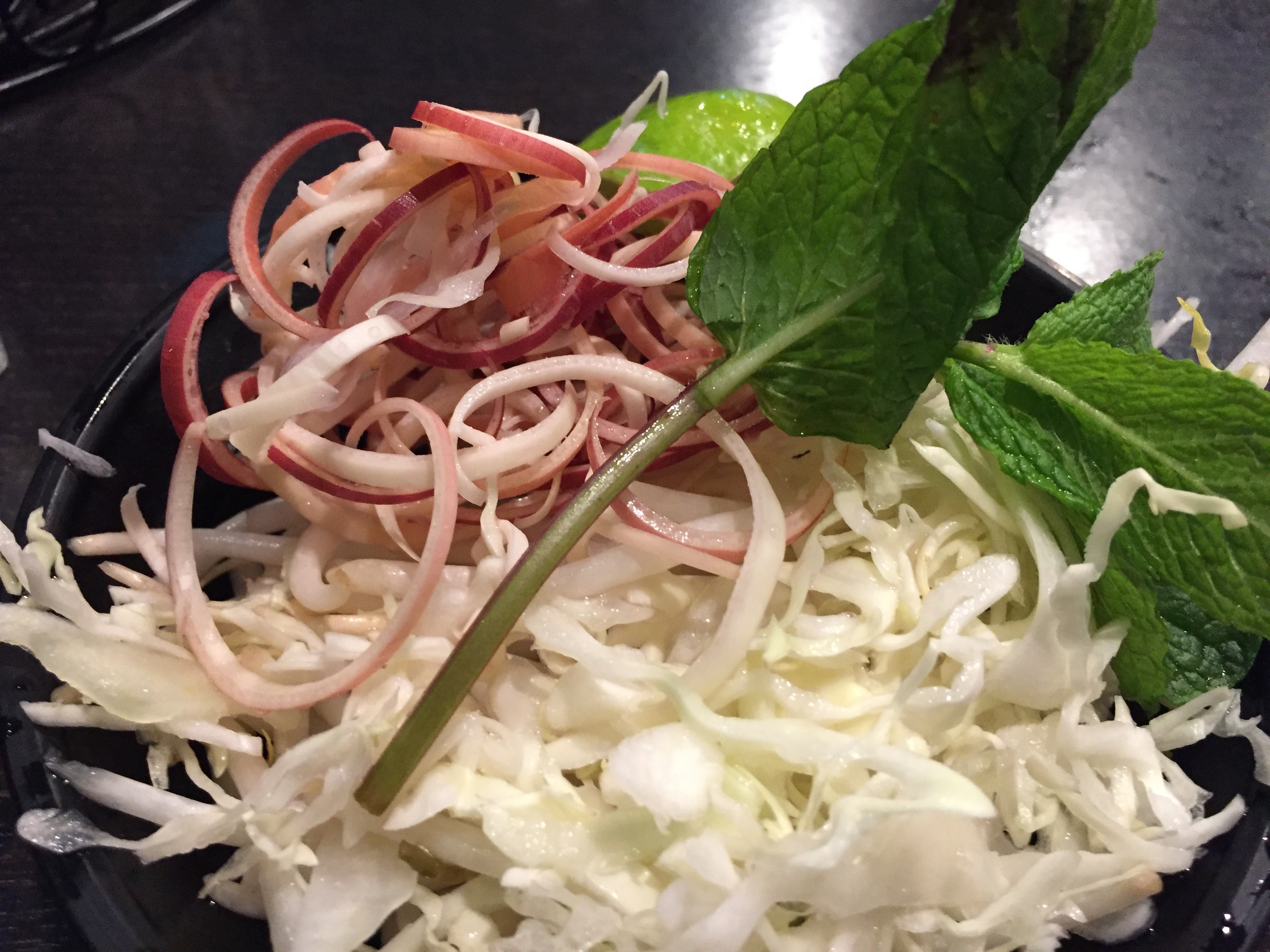 Mi Quang Co Thao in San Jose near SJC is said to serve a BBH that’s competitive with that of An Nam. Gotta check it out. Anyone tried it already? 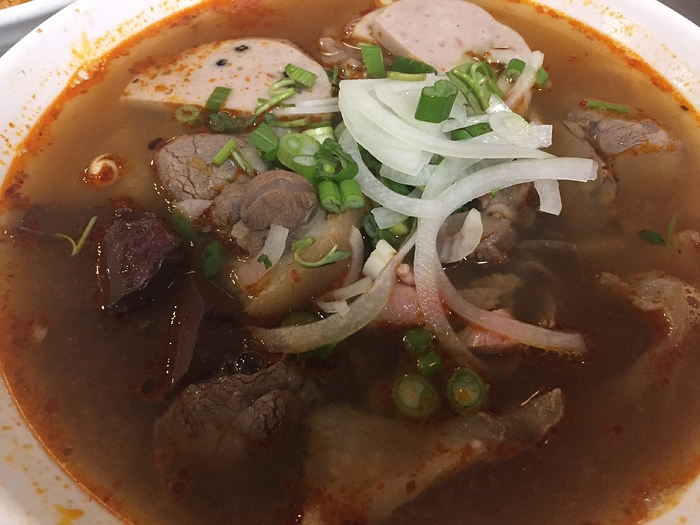 Some people said New Ca Mau in Santa Clara is known for its BBH to the point that some even like it better than An Nam so we went to check it out. The one thing that I noticed about their broth was that its relatively spicier than An Nam in San Jose, and had a much stronger fermented taste from the shrimp sauce versus An Nam, BBH, and the few other places I tried. Whereas the other places the fermented taste were relatively subdued and the chili oil flavor was more dominant. Whether one likes one type of broth versus the other perhaps depends on personal preferences.

Some warned that New Camau don’t speak much English. While our server spoke some English, she gave the two-tiered service and ingredient model. This was a weekend evening and the restaurant was relatively empty. We noticed right away that the cabbage on the side was stale. What was more problematic for us was, on our way out after the meal, we saw the vietnamese speaking customer that the server was a lot warmer with, got a completely fresh plate of veggies, unlike ours.