This is another one of those places I passed by many times over the years without ever giving it a try. After working a cold, windy morning on Sandy Hook earlier this week, I was starving. I met Justin for lunch after he got out of work, and wanting to try something new, we figured we would head over to “that little cafe we always pass in Highlands”, known as the Bay Avenue Bakery and Cafe. It was a little later than regular lunch time for most, so there was only one table taken. When you first walk in there is a counter with a selection of baked goods on the right. To the left is the first of two seating areas, the second being located upstairs. We placed our order and had a chance to look around. It was a divey, funky little place—I mean that it a good way, like a combination of grandma’s parlor meeting a 1950’s beach bungalow. The music playing on the radio solidified that thought. 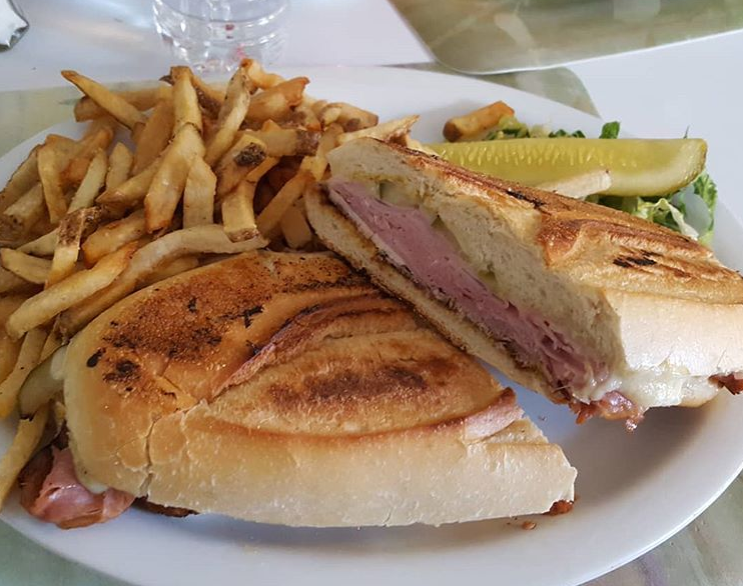 In the mood for sandwiches, I ordered a Cuban while Justin had a grilled cheese with bacon. He requested it well-done. I did not know what to expect from this noted bakery and breakfast place. When our waitress set the plates down, I let out an audible, “Wow”. My Cuban sandwich was enormous. It was served on a large torpedo roll, pressed, and then packed with a thin layer of roast pork and what seemed like a pound of ham (the pic doesn’t do it justice). There was just the right amount of mustard and the pickles were sliced paper-thin. It was an impressive portion. Having been grilled, the bread had a nice crunch to it. It then gave way to the contents inside. This was a perfectly executed sandwich. We live in the diner capital of the world, and there are some very popular diners out there that cannot even do this right.

As for Justin’s, it was everything you could want in a grilled cheese sandwich. Yes, it is possible to mess such a dish up, so we breathed a sigh of relief when it arrived looking like a homerun. The bread was grilled to a golden brown color. You could taste the butter used on the flat-top. There was just the right amount of cheese and bacon, which was that rare consistency between crunchy and chewy. Being that my sandwich was so large that I could only eat half, I may get a grilled cheese myself next time. 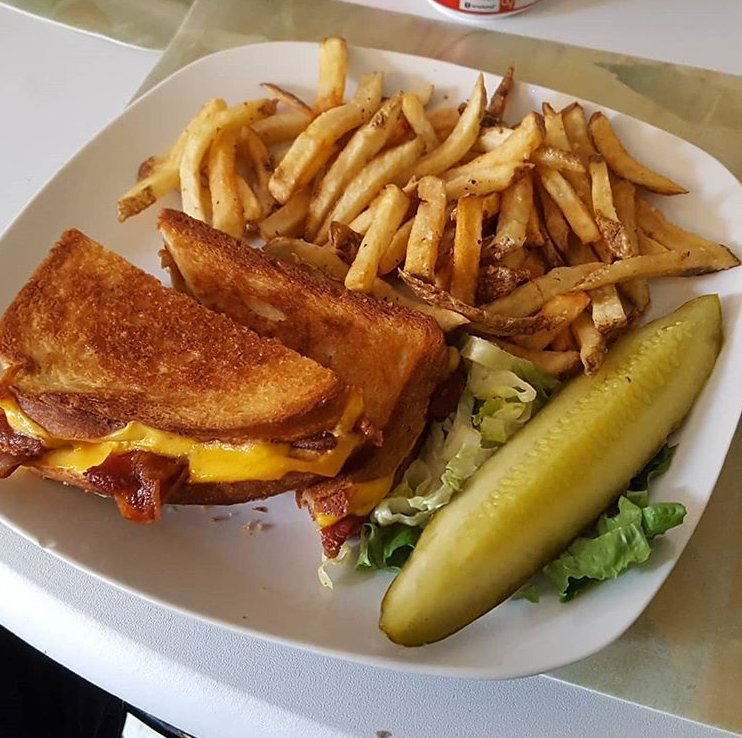 The fries that came with both of our meals were also excellent. They were skin-on, thinly sliced, and well-seasoned. They reminded me of boardwalk fries (I was immediately brought back in my mind to Thrasher’s of Ocean City, Maryland). It may not have been the warmest weather outside, but this meal made it feel like summer, given the ingredients and location.

There are a lot of restaurants in the small town of Highlands. Come summer, they will be inundated with both tourists and locals alike. This place is a no-frills dining establishment, but make sure you add it to your list of must-visits this summer (or any time of year). The waitress we had was friendly, the quality of ingredients was fresh and outstanding, and there was a large bang-for-your-buck. I am looking forward to coming back again, and trying some breakfast and what their bakery has to offer. Coming up with a score for this place was tricky. 4 stars is usually too high for a limited lunch sampling at a restaurant like this, but I feel 3.5 is too low given how much we enjoyed everything. Therefore, I am going to give Bay Avenue Bakery and Cafe a 4 out of 5 stars . It was too delicious to go any lower.

We dig the place! Breakfast, lunch and bakery items. I wrote a brief writeup on one of the NJ threads last time I went. The pork roll/egg/cheese on a hard roll is excellent and the bakery items they rotate are worth taking home. Apricot macaroons and banana coffee cake my fav.

The place is a bargain and easy peasy parking.

Nice review Greg. I wonder if the emporer has been here. I will have to try this spot out.

I’m a big pickle fan and those look good.

It amazes me that most places can’t get a cheese steak or Cuban right.

Those sandwiches look great! Will have to take a ride before things get nutty around here.

The only item that disappointed was the java. It’s not consistent. So, I grab a cup elsewhere or make myself a cup before heading out.

I’m glad you liked this place, Greg. The cat is out of the bag! We’ve never had a bad meal here. My chef friend also loved the cuban. The special chicken sandwich can feed me for 4 days. Love their bagels and all of the pastries, the breakfast skillet. It’s hard not to cheat on the diet here, but I feel less bad about it for some reason.

Can you tell me a little about this chicken sandwich? I haven’t been here yet and want to try a few things.

I’ll do my best. It’s been on the chalkboard everyday for years. They may as well put it on the menu. My fisherman friend told me about it. He would stop early in the morning for breakfast and grab the chicken sandwich to take on the boat for lunch.

Thanks for the info.

Did you ever have Joanne’s chicken at ocean view bakery? That was a good sub!

Yes, I did, once. It was our first time there and the family spoke to us as if they knew us and hadn’t seen us in a while. My friend was obsessed with her eggplant parm sandwiches so I got a taste of that once too.

She was great! I work in lb so I would go there literally everyday and eventually I had to kick the habit and it honestly wasn’t easy.

I was eating lunches that were probably north of 1500 calories if I had to guess, maybe more. She would make me a “salad”…that was her term. This was a gigantic plate of proscuitto, soppresata, capicola, fresh mozz, aged provolone, and her famous roasted peppers and garlic…oh and half a loaf of bread to sop up all the olive oil on the bottom of the plate (she would drizzle the roasted pepper oil on top of everything)

We just got back from BABAC. Packed with happy campers. Great corned beef hash.

Can you get tomato on the grilled cheese there?

They’ll do anything you want.

BLT on everything bagel from a few days ago. Slamming bagel! I wish the place was closer. I’d be there every morning. 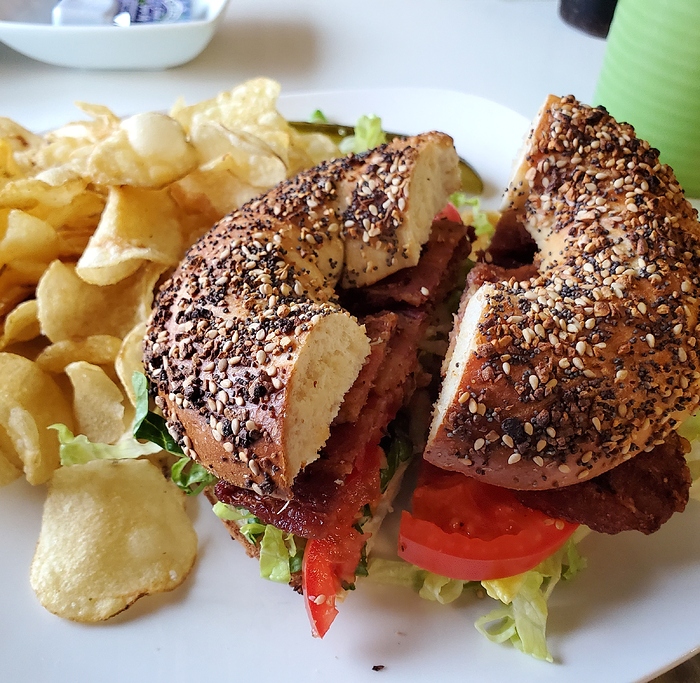 Looks like a healthier option to a bacon or porkroll, egg and cheese.

That’s looks so good it almost looks fake.
I somehow never thought of blt on bagel. I love them bit always get On toast, but always feel like it’s not filling. Gonna have to try bagel next time. Thanks for that

Props on the ripe tomato. Huge pet peeve of mine is the mealy white tomato lots of places put out.

The Roast Beef sandwich on toasted Garlic Bread with dipping AU Jus is spectacular. The Chicken Pot Pie is awesome with a crust that makes the bakery proud. I even love, gasp, the meatloaf here. My wife is addicted to the Mushroom Omelette with at least 3 types om Mushrooms.

To wit, I had them make my neice’s wedding cake here 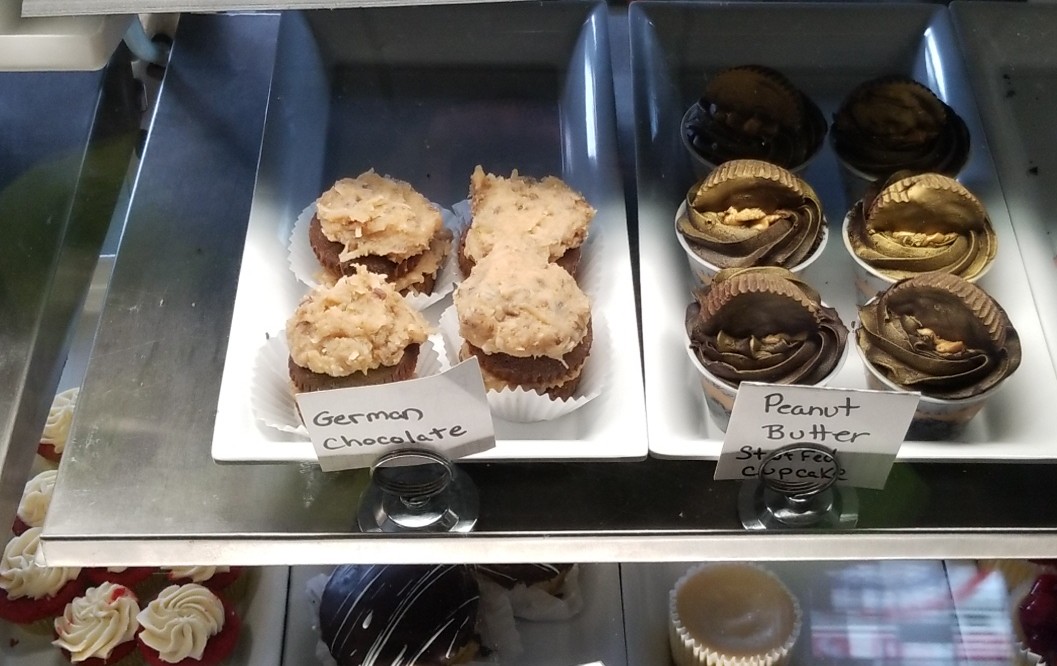 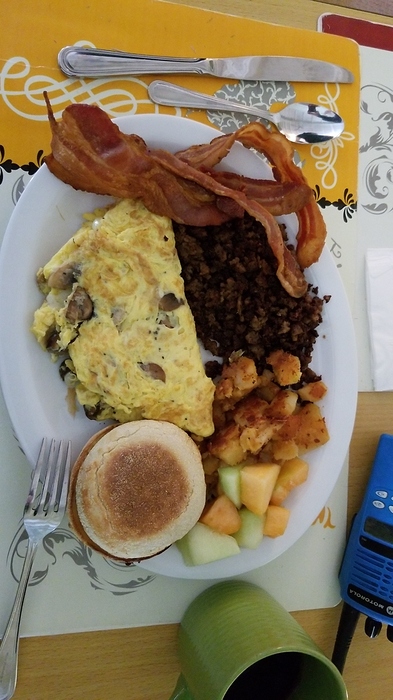