While we have threads on this place, or that, it would seem that we should have a unified umbrella thread to collect all the subdiscussions.

Let me start with the Formaggio Kitchen weekend barbecue. I’ve eaten it many times in the past, and it always had its strengths and weaknesses. I was driving by today on my way to Home Depot to get a 24" LED lighting fixture when I noticed (a) that the line was short, and (b) there was a place to pull over. It had been three years since I last had their bbq and it would take a stronger woman than I to resist this apple.

I got pints each of brisket bits, okra, rice&beans, a single Texas short rib, and a sausage sandwich, with some bbq sauce thrown it. Sweet!

Unfortunately, I mean that literally, not as an endorsement. Sweet was the overriding theme. The bbq sauce was sweet, the brisket was very sweet (and unless I was lucky enough to get one of the two heftier pieces of meat included in my pint, the rest of the shredded meat could have passed for an edgy dessert – molasses pudding with beef shreds), even the okra was sweet.

The biggest disappointment was my rib: It had been overcooked to an unconscionable point (this has long been a problem with their ribs, no matter the grill-mistress). Yes a good bbqd piece of meat needs some bark, but this rib was – forgive me, but I’m weak – all bark and no bite. “No bite” is an exaggeration, but only a slight one. There was a succulent layer of meat close to the bone, but you had to cut off an outer 1/2 inch of inedibly dry meat to get to it. And, they charge you by the pound.

The pricing was problematic as well. The sides are packed at one counter with no price written on the bag, the hot stuff elsewhere down the line, and you have to rely on the mental acuity of the person at the cash counter to come up with some approximation of the right total. In my case, there was no combination of individual prices (see below) that I could later come up with that gave me my total of $39.

The rice and beans were OK, and the sausage in the sandwich superb (always a strength there).

Thanks for your report. I love FK when I feel like I can spend some money. I’ve never tried their BBQ. I left NC in 1973 when I was 18, after having grown up with Eastern NC BBQ, which I love.

Since Jake & Earl’s closed next to the East Coast Grill well before the ECG closed, I’ve had good BBQ in New England only at Highland Kitchen, where I was warned not to order the pulled pork “because the sauce is vinegar and very sour.” I thought it was great and definitely the best I’ve had since Jake and Earl’s.

NE BBQ is all about sweet from my experience, which I don’t have much of in last years because I can’t eat sweet BBQ. BBQ and cornbread and overcooked or fried vegetables or fresh tomatoes and fresh field peas and fresh butter beans are about the only traditional North Carolina foods that have no sugar or at least very minimal sugar.

So even the okra was sweet…oh my, I’d love to get great fried okra in the Boston area. One vegetable that is really, really good if expertly fried, in my opinion.

But since sweet BBQ seems to sell very well in New England, I guess that’s what New Englanders like. I have a feeling that’s not going to change.

I discovered okra does nicely on the grill, just a touch of olive oil and salt.

Do you put the okra in a basket? Do you cut them in any particular way?

Okra does take well to char and to crisping. I like to do chicken thighs (with salt and cayenne rubbed under the skin and over the bottom) at 450-480 in my toaster oven and I usually scatter diced potatoes around to absorb the fat. But I did okra once (sliced lengthwise) and it emerged wonderfully crisp with charred bits here and there.

Yep, I agree about grilled okra. We put it in a basket. Charred and crispy is the way to go.

I do wish it were possible to get local okra in the summer. Does anybody know a reliable source? I know it can be found at some Whole Foods fresh but it’s not local. And the local okra is harvested when it’s quite small and less fibrous.

I’ve found local okra only from Flats Mentor Farm in Lancaster. They are usually at the farmers markets in Somerville Union Square and sometimes at Charles River and Central Square markets in Cambridge. They are one of my favorite vendors because they support farmers of many diverse ethnic backgrounds, immigrants and refugees, and they grow many kinds of African, Latin American, and Asian produce…fresh lemongrass, lots of Asian greens and vegetables, Thai chiles, and sometimes okra, among others. Different farmer groups go to each of those markets so they don’t all sell the same produce.

The other issue is that the farm is on a river bottom and floods frequently, wiping out the crops. So some years there are times when they have nothing to bring to the market.

Yes, a basket is the way to go. We got some last summer at the farmers market in Norwich, VT (across the river from Hanover, NH). Local is better!

There actually is some good barbecue in New England, at Wilson County BBQ in Portland. That’s Wilson County as in North Carolina, the owner’s home territory. They cook whole hogs over a pit fired by wood calls (they have a dedicated fireplace instead of a burn barrel. They cook other meats and have sweet sauces, and even their NC sauce isn’t free from sugar, but it’s real barbecue. I wrote it pop on my blog, on which if you get hoewsicn, you can read reviews of lots of ENC places. And I’m planning a trip down there later this month.

You know I was looking for your review of Wilson County on your blog recently and couldn’t find it. I know I read it at some point.

If you have space for a garden, you can grow your own okra (And Thai chiles for that matter). I’ve done so often down in DC, and it comes in early enough for a colder climate. Like most vegetables, it tastes best straight from the garden.

I sometimes grill okra and sometimes slice it and sauce it. Both ways work. I don’t fry foods. I do love okra fried in corn meal.

I do wish it were possible to get local okra in the summer.

Yes, fresh, young okra is terrific and lovely raw. I think one problem is that most farmer’s markets start late around here, by which time early okra is now old. @johntannerbbq, is it possible around here to plant okra in the early summer, or must it be done earlier?

I remember hearing about Wilson County BBQ in Portland. Thanks for the reminder! I hope we get to try it before the year is out! And I hoping that okra might sometimes be among the daily rotating side dishes!

I sure hope they succeed.

I checked my blog post and we were at Wilson Country BBQ in late July and they had fried okra.

When it started up, I remember B.T.'s Smokehouse in Sturbridge getting very good reviews. Definitely not “greater Boston area”, but since Portland was listed, figured I’d toss it out there. I’ve only been once, years ago, so no idea if they’ve gone downhill since.

Also a place in Worcester:

We have had fresh okra available the last 2 summers through the Heron Pond Farm CSA. They are located in South Hampton NH and set up in several farmers market. 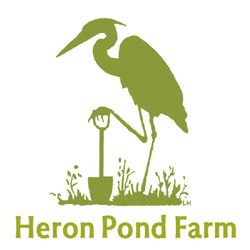 BTs is still as good as you can get in the general area. Much better than anything in greater Boston. It does get much busier than in the past. You can pick up lunch at BTs and hit Treehouse brewery in one easy trip. Their brisket Reuben will put you in a food coma.

Just the sound of “Brisket Reuben” makes me weak.

Two spots near us that advertise southern BBQ 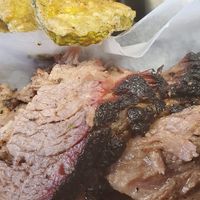 THE BEST BBQ AND SOUL FOOD MASSACHUSETTS HAS TO OFFER IS HERE! BOSTON BARBECUE IS LOCATED AT 160... 160 Winthrop Ave,, Lawrence, MA 01843

https://www.millcitybarbecue.com/
Have not tried either but both are on the list.
My only experience for carolina bbq was a long time ago on a business trip.
Except for the banana pudding w//vanilla wafers, which made my teeth ache, it was a revelation.
I have been hunting for it ever since!

Andy Husbands (Smoke Shop) garners a lot of favorable press. He was part of the East Coast Grill team during its heyday.

Just haven’t been wowed at Smoke Shop though.