Bar Crudo is a seafood restaurant, with several dishes influenced by Italian-style pesce crudo - raw fish, kind of like the Italian version of Japanese sashimi. I’d been to Bar Crudo before at their old location near Union Square, and a few times to their current location on Divisidero. This is what I had on a recent visit.

Crudo for 1 ($14)
This is their sampler plate of four of the five crudo on the menu - halibut, arctic char, tombo tuna, and scallop.

My favorites were the arctic char and the scallop. 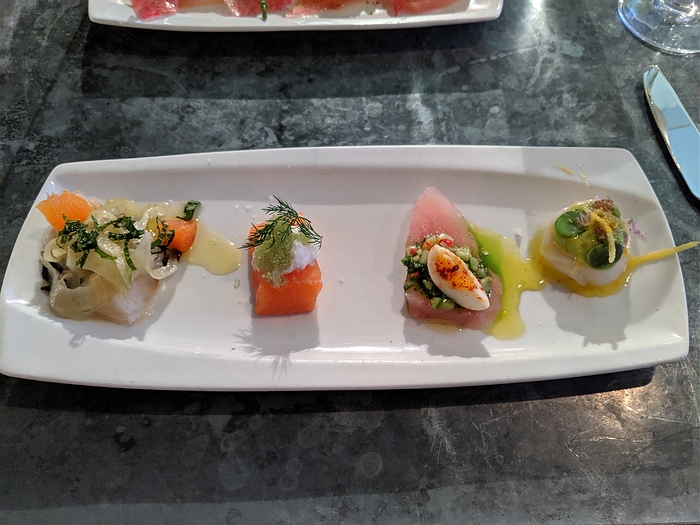 Also ordered a full order of the kampachi. I didn’t like this as much as the other 4 crudo dishes. The kampachi itself was good but I think it was overpowered by the salty roe and the sour kumquat. 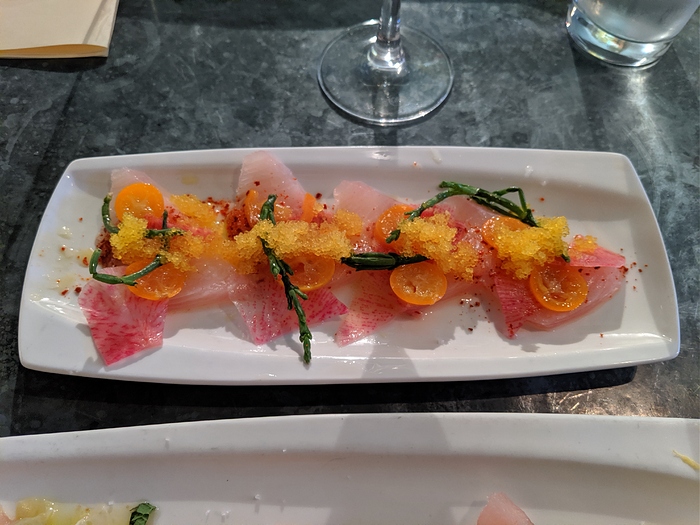 A couple of toast rounds spread with an avocado spread and topped with sea urchin. Ok but I think it would have been better if the avocado spread was a bit less acidic. Too much citrus? It overpowered the delicate uni. Chicory salad dressing was also a bit too acidic. 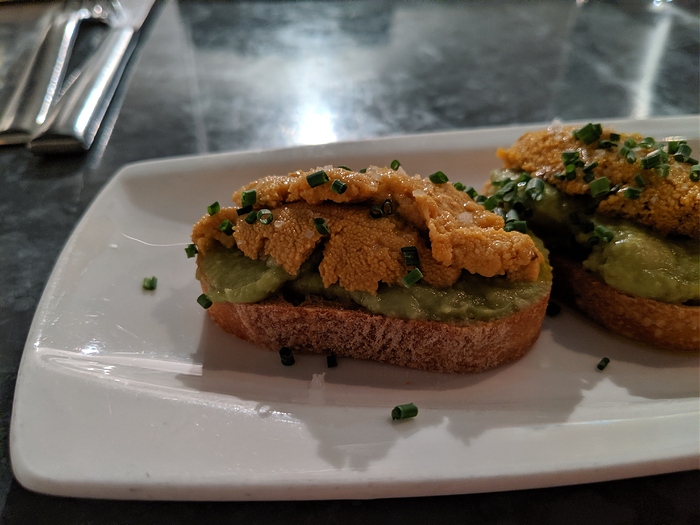 I think I’ve gotten this every time I’ve been here. Excellent as usual. Very rich (I think its mostly cream, so much cream) and with a plethora of seafood. Sopped up a good bit of it with bread. 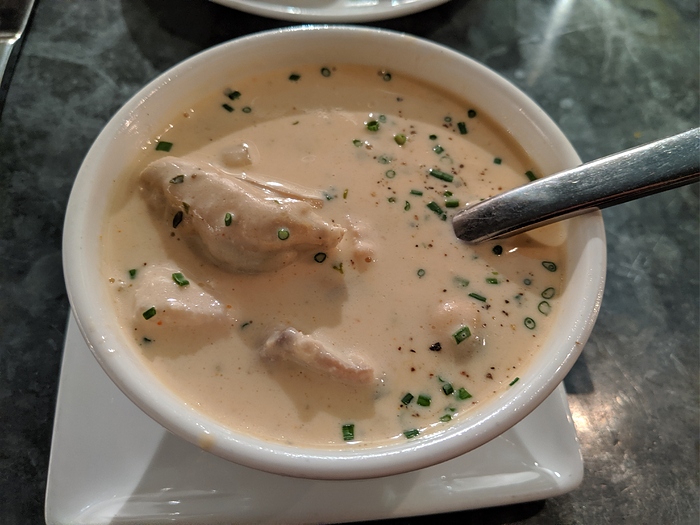 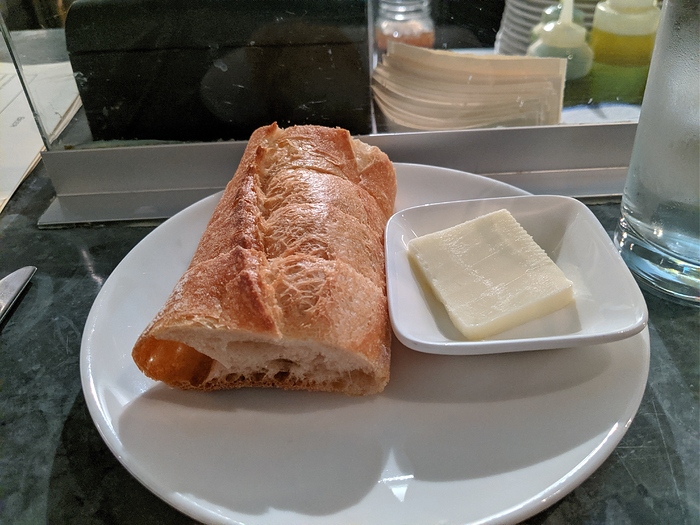 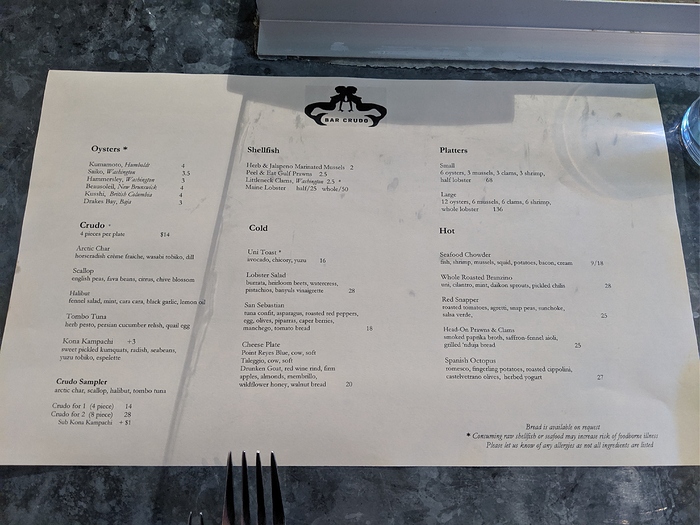 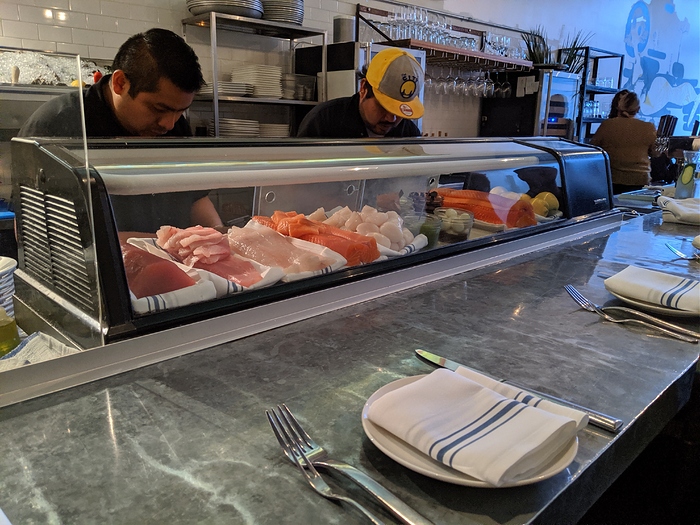 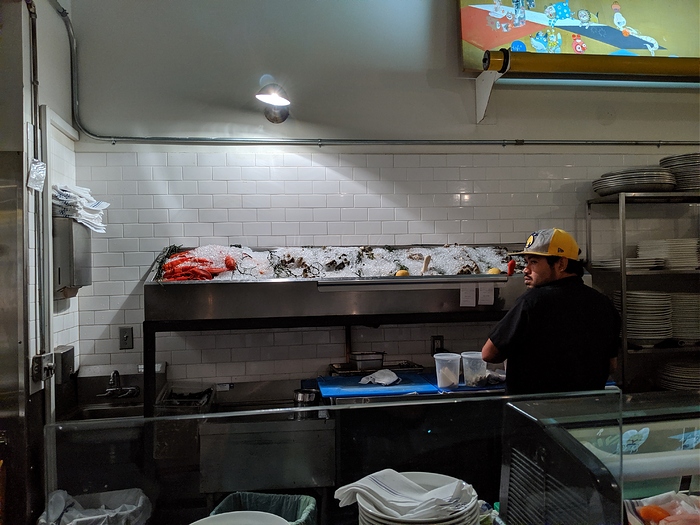 bar crudo probably has one of the best happy hours in the city, which includes the seafood chowder and $1.50 oysters and a few other dishes (mussels, tacos)

Same oyster selection as usual? If so, great deal indeed. Is happy hour every day or just weekday? the website didn’t say.

its one pre-selected oyster for the happy hour stuff.