Breakfasts in Bangladesh tend to differ only a little from other meals, with main staples of either “ruti” (flatbread), “porota” (pan-fried flatbread) or rice, accompanied by a “dal” (yellow lentil) curry, chicken “dopiaza” (chicken in an onion-rich, spicy gravy) and fried eggs.

The following are some breakfast spots in the various towns we traversed during our journey through Bangladesh: 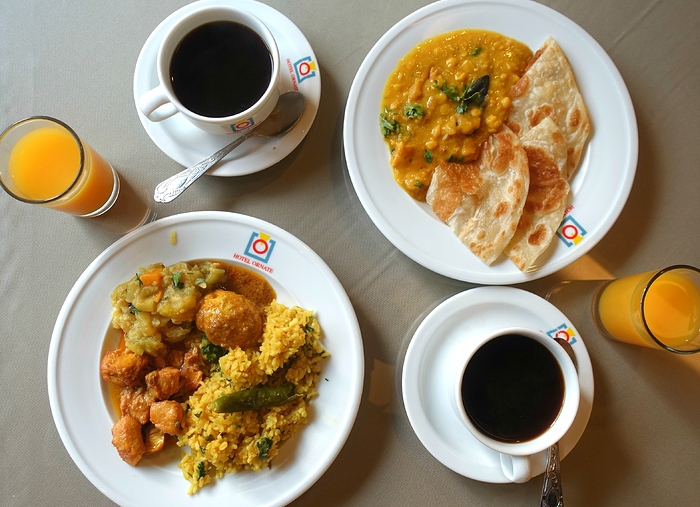 Dhaka’s streets are teeming with all sorts of vehicles - some of which we really didn’t expect to see: 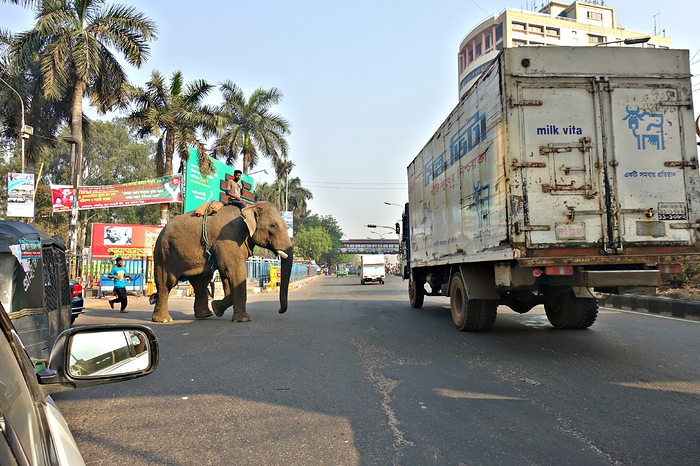 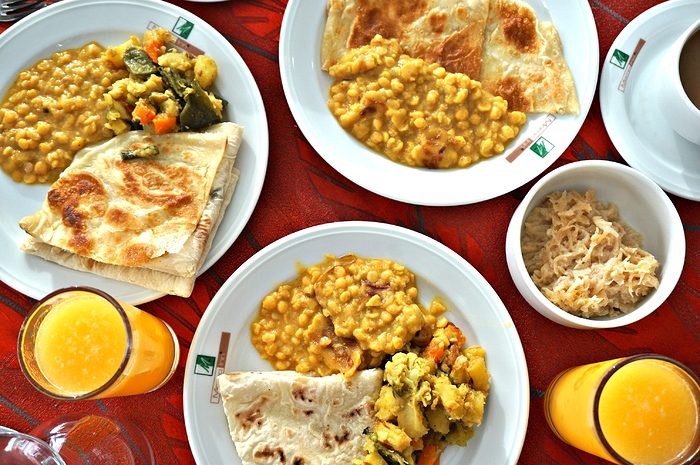 Bogra is a jumping off point to see the archaeological sites of Govinda Vita. But it’s also near Sirajgong, a village where traditional weaving is a cottage industry: 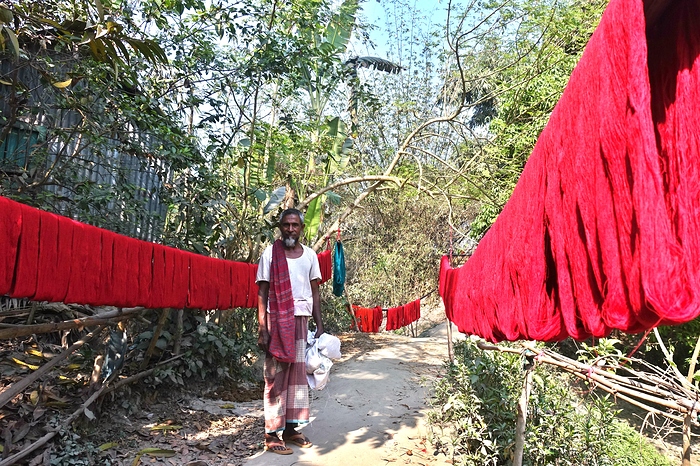 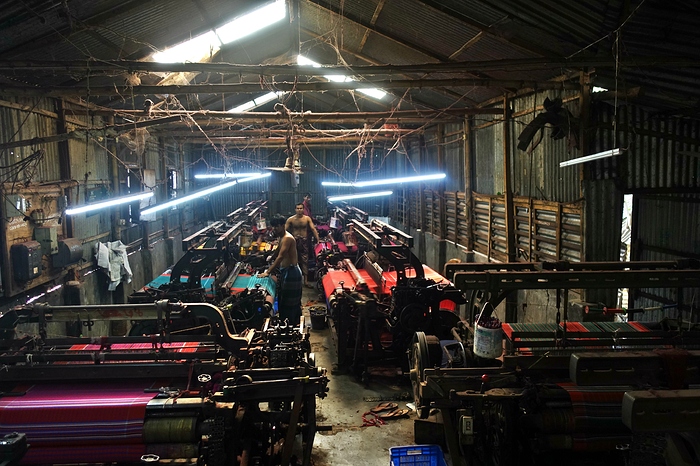 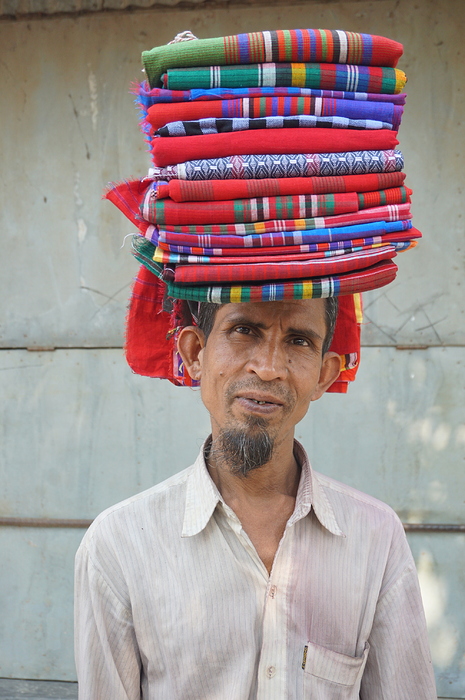 Rajshahi is our overnight stopping point between Sompura Vihara, the medieval ruins of what was the largest Buddhist monastery south of the Himalayas, and Kushtia, to visit the historic Rajbari (King’s Palace). Rajshahi is also where one can catch the spectacular sunset over the River Ganges. 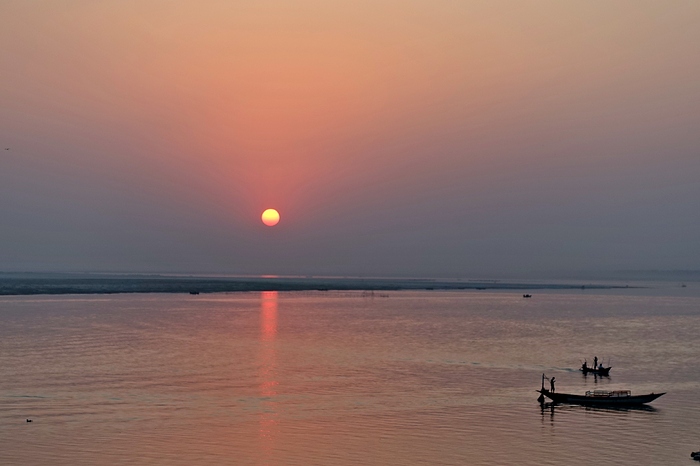 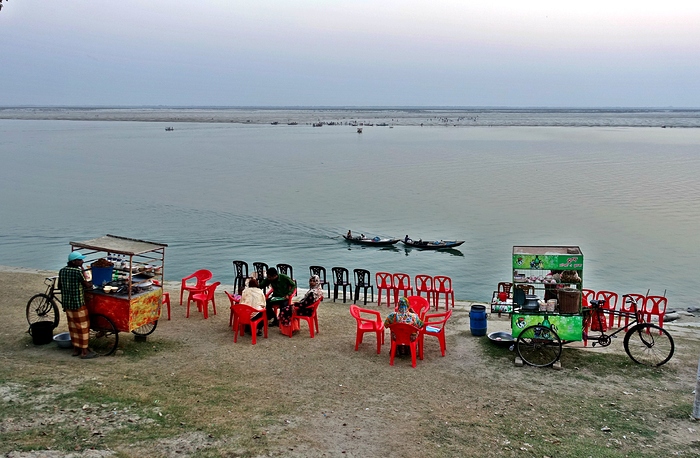 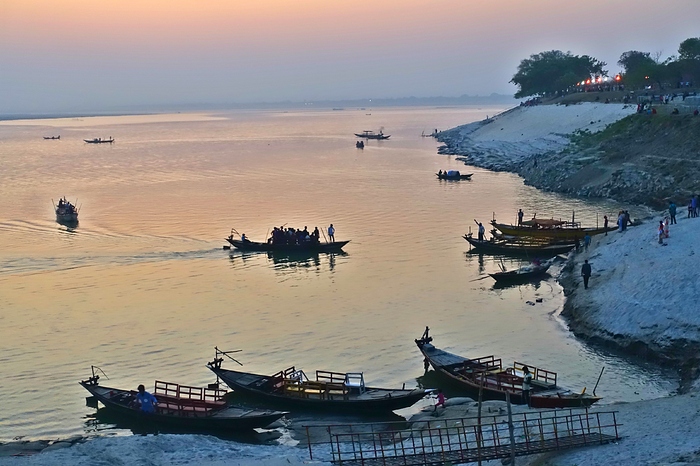 Street vendors lined the Esplanade to watch the sunset- a major activity in this town, but our tour guide warned us against trying the street food here due to concerns over the hygiene. 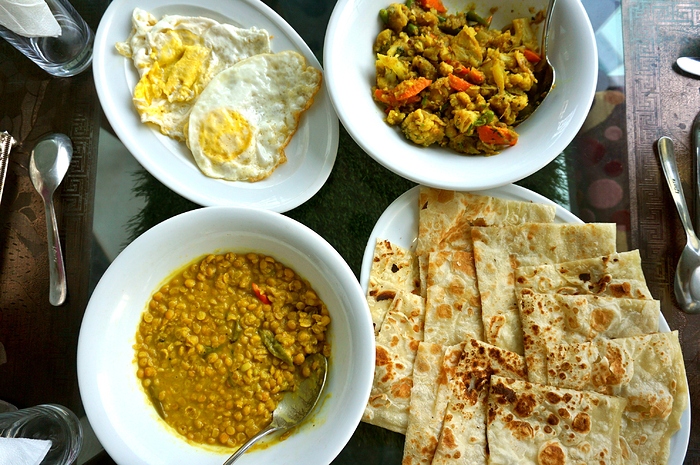 Kushtia is a major tourist town for local Bangladeshi visitors for two reasons: (1) the shrine of Lalon Shah, a major Bengali folk singer and spiritual leader, whose followers would break out into singing and dancing in homage to him; and (2) Kuthibari, the well-preserved home of Rabindranath Tagore, Bengal’s foremost writer-poet and the 1913 Nobel Prize laureate for Literature. 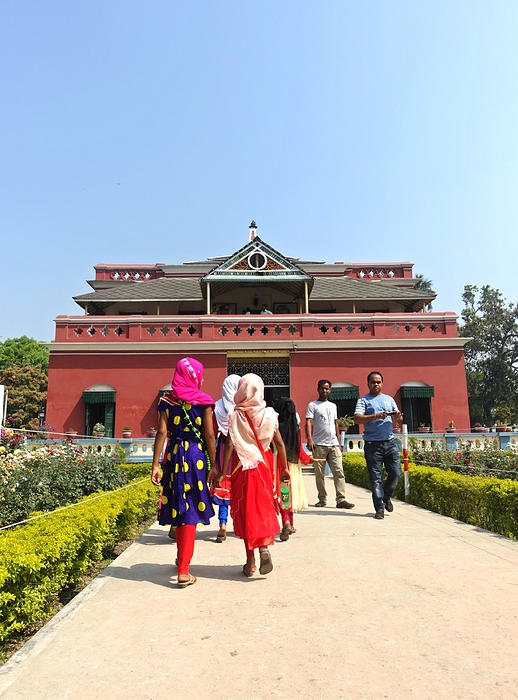 Older Bangladeshi men, like these two keepers at Kuthibari (Tagore’s manor) liked to dye their beards orange using henna (following in the footsteps of the Prophet Mohammed, as Bangladeshis are largely Sunni-Muslims). I thought it made them look like dark-skinned Irish leprechauns. 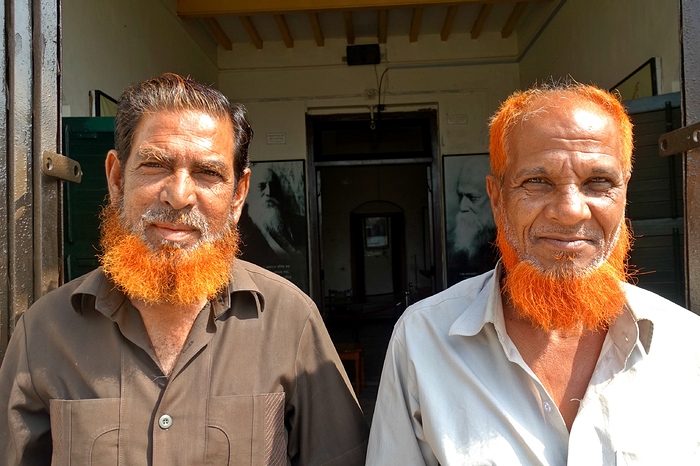 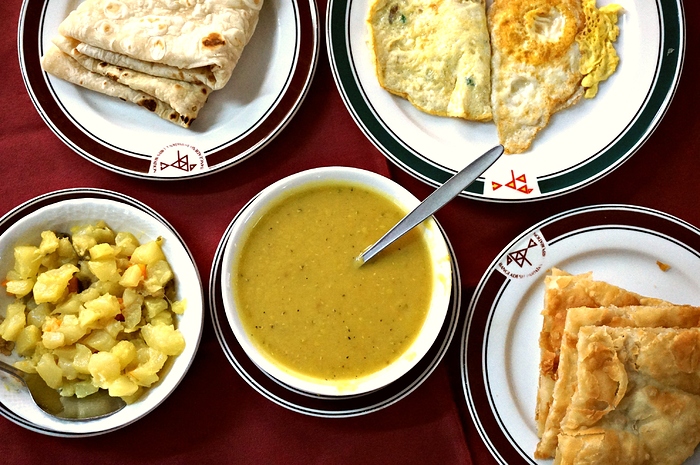 The pier outside Parjatan Hotel is full of small wooden skiffs manned by standing oarsmen which would ferry passengers to the other side of the river where larger boats, including the one taking us into the Sundarbans are berthed. 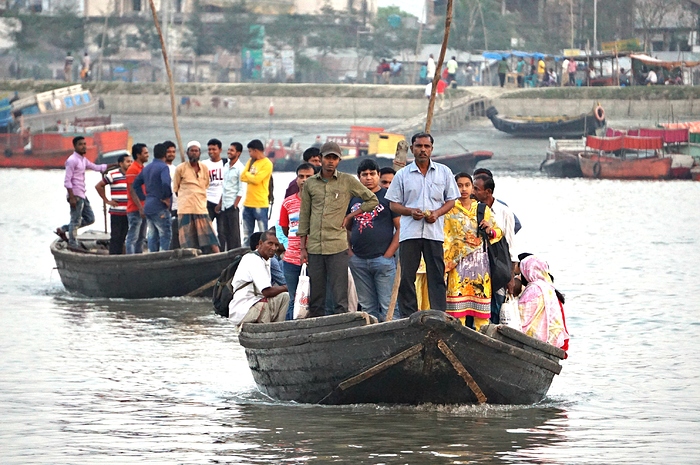 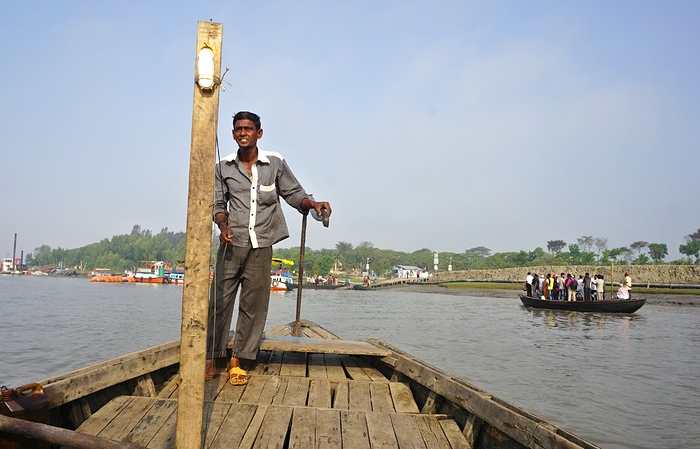 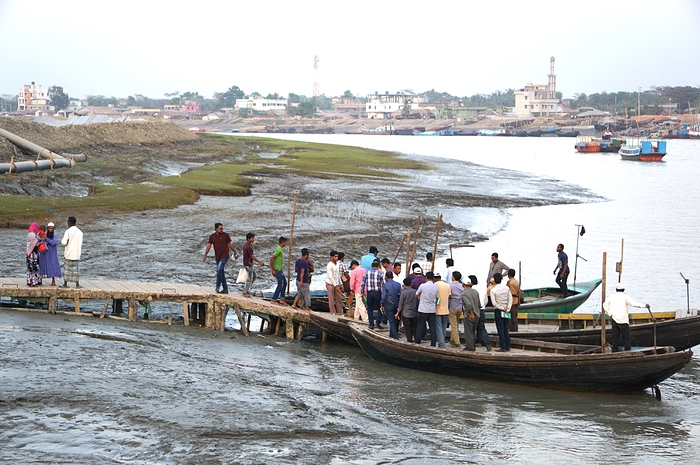 Cruise up the Sundarbans: 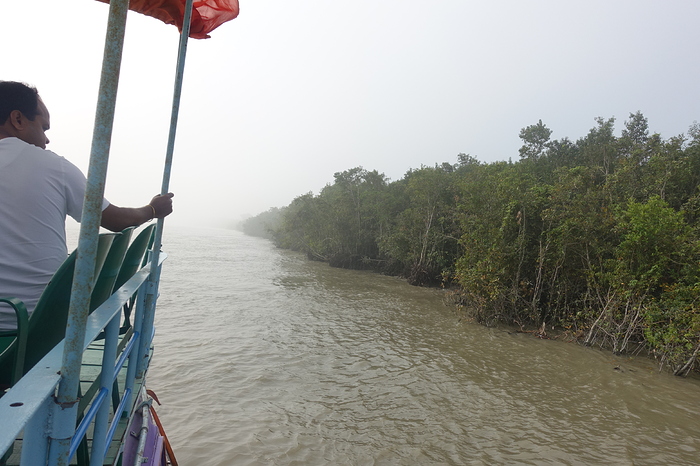 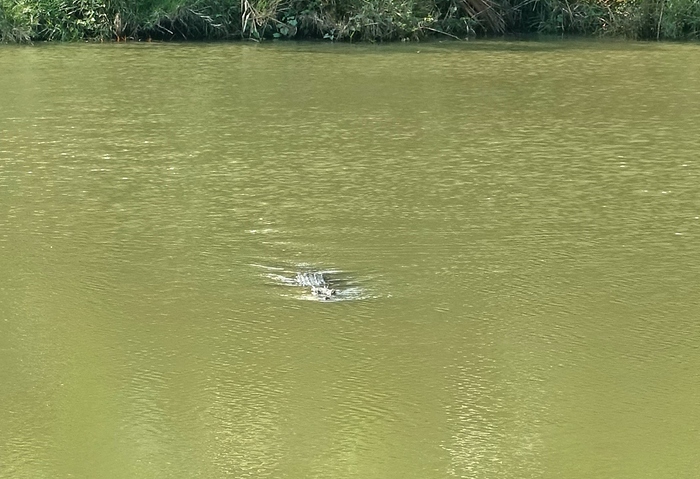 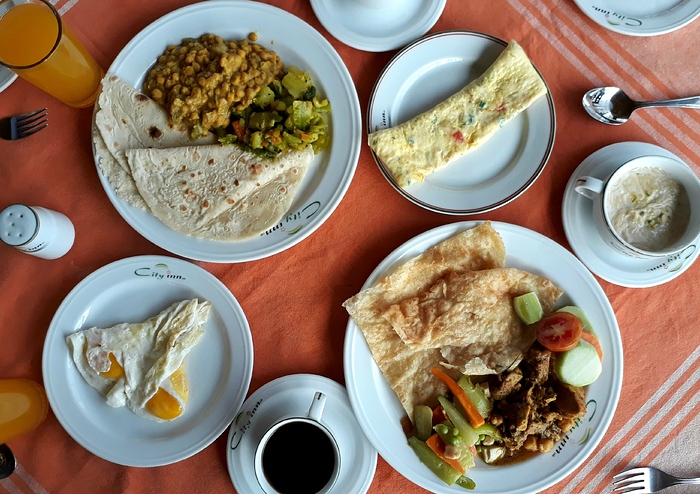 From Khulna, we sallied forth to Bagerhat, the medieval “City of Mosques”, and from there to Hularhat to catch the paddle-wheel steamship that is to take us on a 16-hour cruise upriver back to Dhaka.

Old Dhaka greeted us at the end of the 16-hour cruise upriver. Its old port and waterways are heaving with people and all manner of watercrafts. Our breakfast was at Al-Razzak, one of the oldest and best-known eateries in the Old Town quarter. 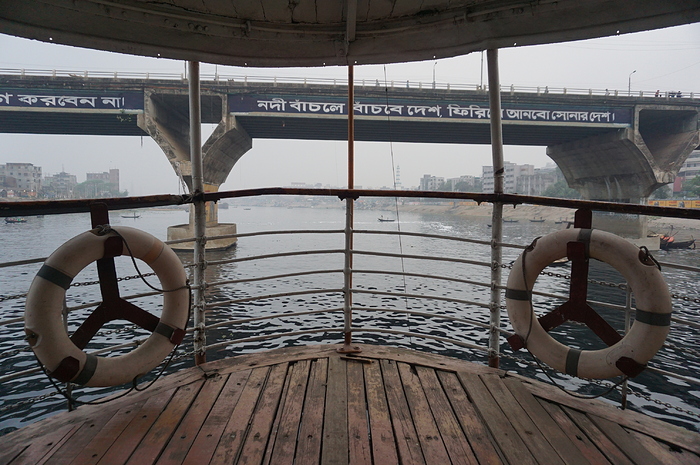 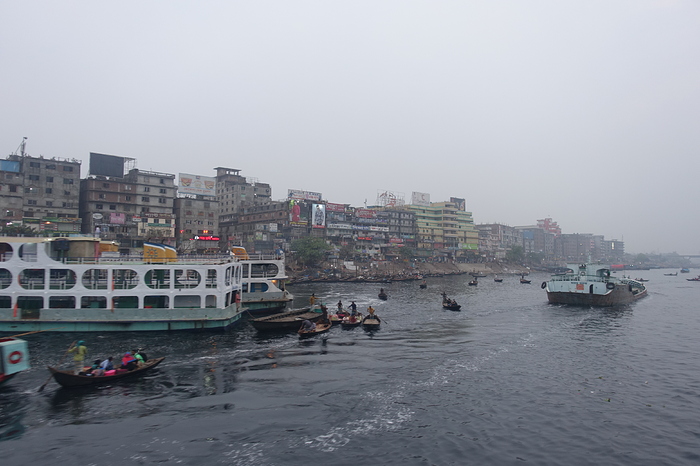 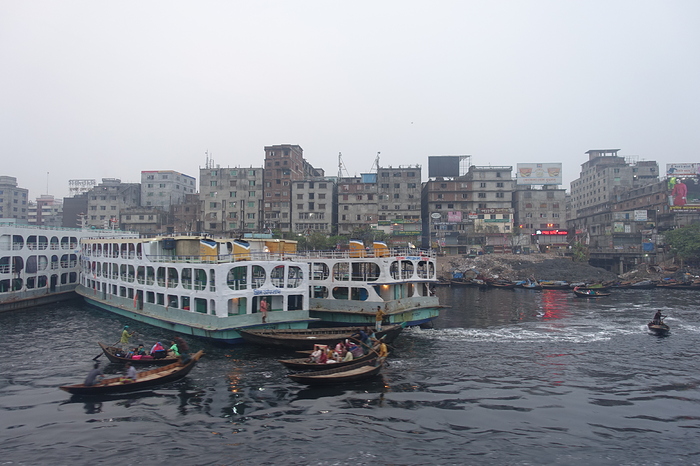 We had “ruti” with “nihari”, “kacchi biriyani” cooked with mutton, and chicken “biriyani”. 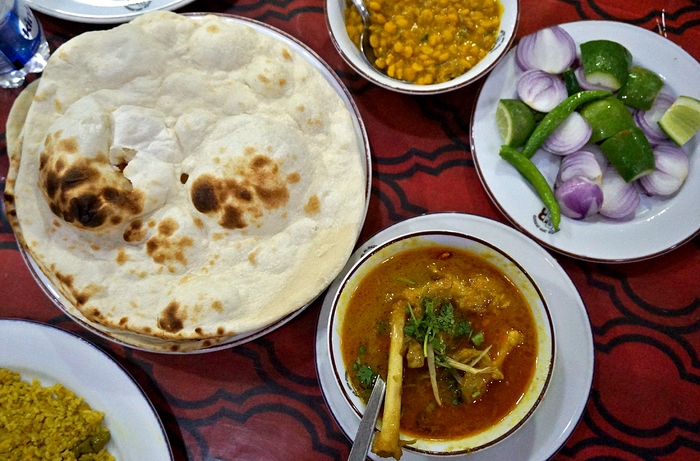 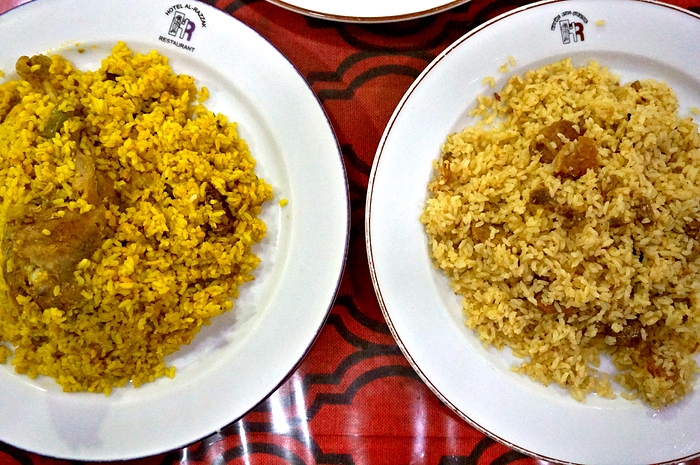 Overall, breakfasts in Bangladesh tend to be carb-heavy, substantial meals. We sometimes skipped lunch here as we tried to maximise the time we had to sightsee and explore more places along the way. Roads are really, really bad here, so one has to factor that in.

Wow, breakfast with a side of amazing travelogue. I’m savoring all of these posts. What an adventure you are having!