A Thai foodie website described having to “wrestle to get into Mont Nom Sod”, which we discounted initially, until we got there at 1.45pm (official opening time was 2pm) - only to find the place already bustling and filling up rapidly to breaking point.

Mont Nom Sod, or simply “Mont” these days, is established in 1964 and strategically located on Thanon Dinso, the tree-lined avenue near the Democracy Monument which is replete with old Bangkok eateries, mostly harking back to the 1950s when Thailand was slowly emerging from World War II and forging its own modern identity.

The Democracy Monument. Many well-established Bangkok eateries are within walking distance of this landmark. 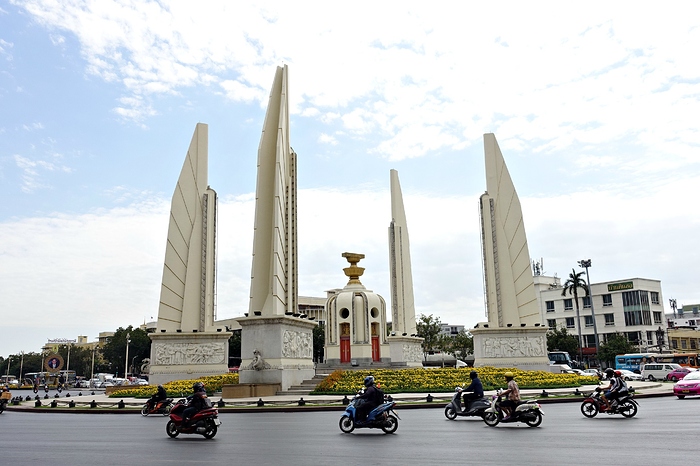 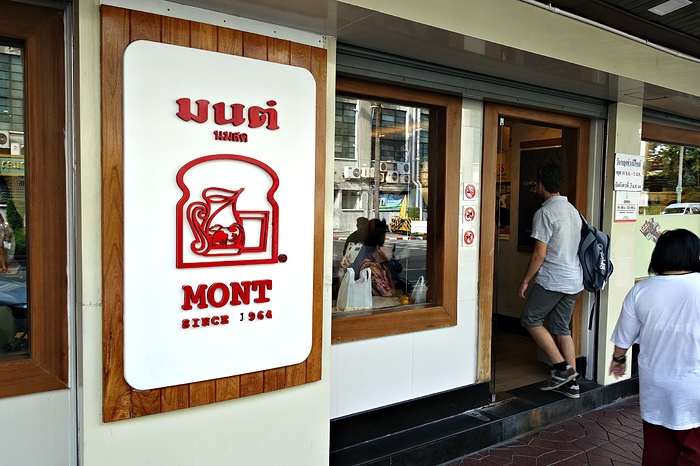 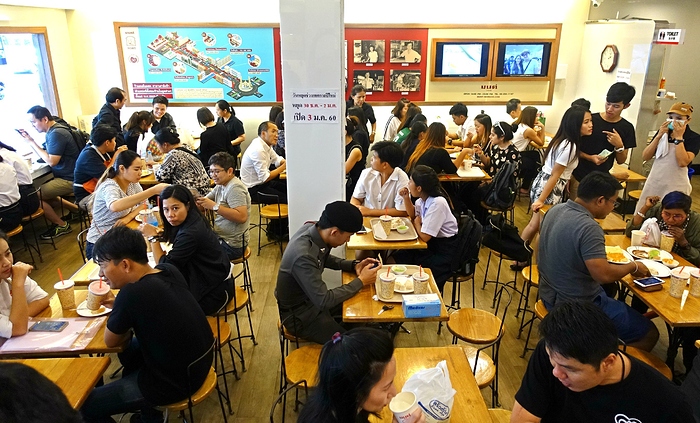 Mont’s claim-to-fame are their toasts, topped with “sangkaya” custard jam of various flavours. This concept appeals to Asian tastes, for example Singaporeans like us who’d immediately associate it with our own kaya toasts in popular chains like Ya Kun and Killiney Road, or retro eateries like Chin Mee Chin.
But this Bangkok institution has gone one step further, introducing various new flavours for their “sangkaya”, besides the traditional and “bai toey” (pandanus) ones. We stuck with the traditional flavours, and ordered one each with the original “sangkaya”, the green-hued pandan-scented sangkaya, and one with melted butter-and-sugar - flavours from our childhood! 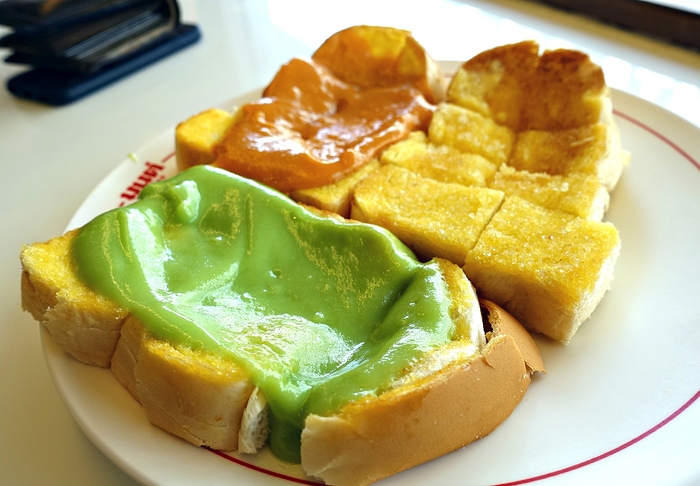 Thai “sangkaya” is more liquid and has less pronounced flavours compared to much more fragrant and curd-like Singaporean/Malaysian “kaya”, so I do need to caution my countrymen who’re not familiar with the Thai rendition not to compare the flavours and textures, less they be very disappointed. Just enjoy these Thai treats based on their own merit. 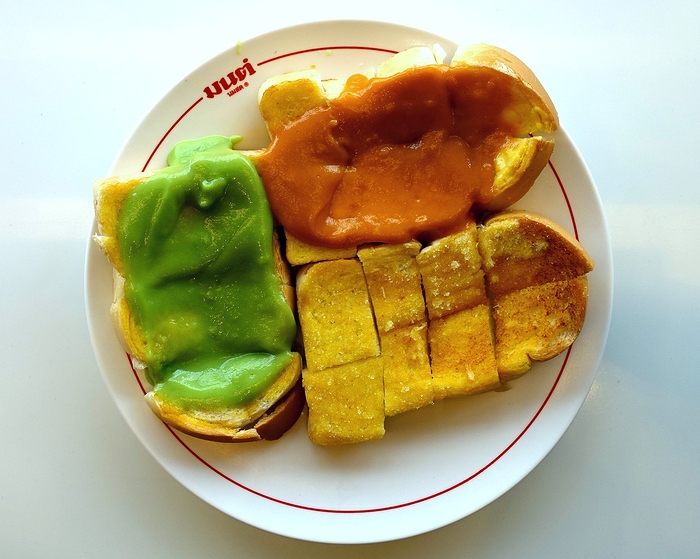 One other bit of culture shock we had here was that Mont offers a selection of milk shakes and cold drinks to go with their toasts and “sangkaya”, rather than hot Hainanese-style coffee and tea beverages we’re more familiar with in such establishments in Singapore & Malaysia.

But something that’s been doing business for 52 years has to be doing something right, and this spot is really worth checking out.