Taechiu (Teochew) “kuay tiaw ped” or braised duck and noodles is one of my go-to dishes whenever I visit Bangkok, hometown of my maternal great-grandparents. It’s comfort food upon which we’re weaned upon: fork-tender duck-meat, smooth kuay tiaw (flat rice noodles), deeply-mellow duck broth chopped corianders leaves, duck’s blood, braised intestines. All come together to form a symphony of flavours that lifts one’s spirits as much as it satisfies one’s craving for soul food, Thai-style.

One of the best places to try this dish is Tang Seng Huat on Thanon Chan, which has been selling its delicious “kway tiaw ped” (duck noodles) for 43 years now. 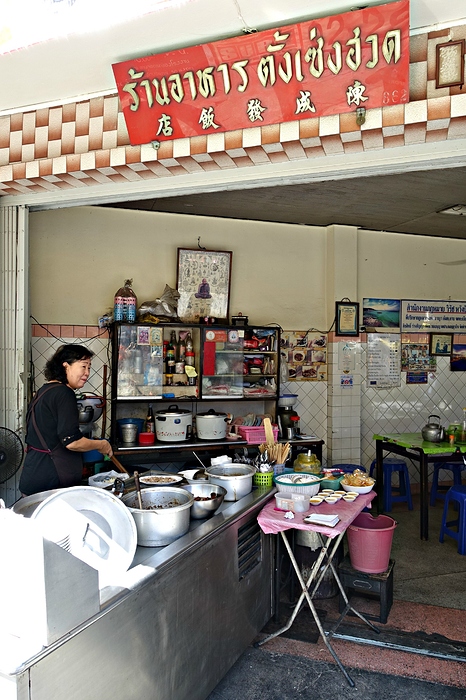 This spot has become my go-to place for kuay tiau ped, ever since my previous, long-time favourite spot along Soi Convent finally called it quits after the original chef quit due to health issues and his wife was not able to carry on by herself (the children were all sent off for college studies, and assumed professional careers afterwards). 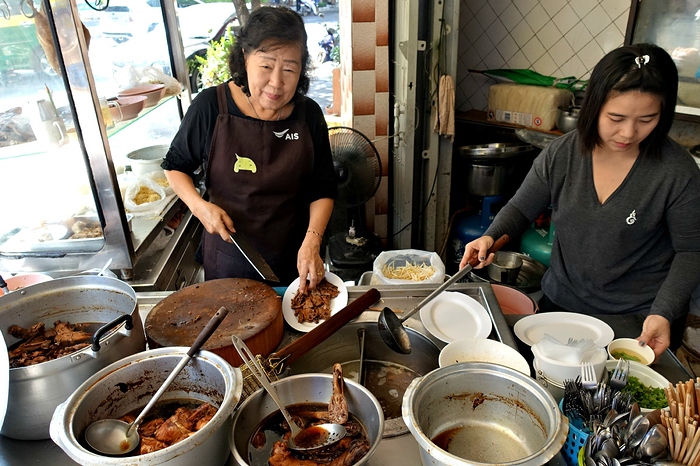 I opted for another type of Taechiu noodles - the yellow tagliatelle-like “bamee” (which the Teochews of Singapore call “mee pok”) instead of the usual “kuay tiaw”. It was a good option as the al dente texture of the noodles set off the duck-meat very well. The noodles are accompanied by raw, crunchy beansprouts (Chinese elsewhere prefer their beansprouts slightly blanched, but not the Thai-Chinese), sprigs of coriander leaves and golden-fried minced garlic. 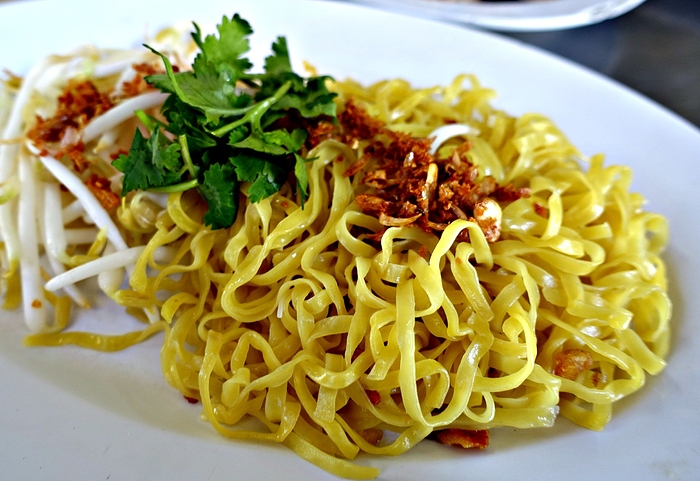 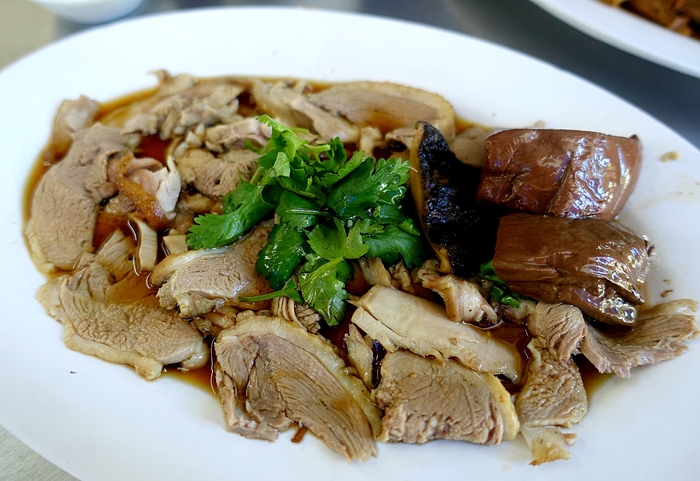 Braised duck’s wings - a particular delicacy of which I also have a strong preference for. I remember chewing on these delicious savoury “lollipops” as a toddler: gelatinous skin and cartilage off the bones, each wing bursting with flavours. 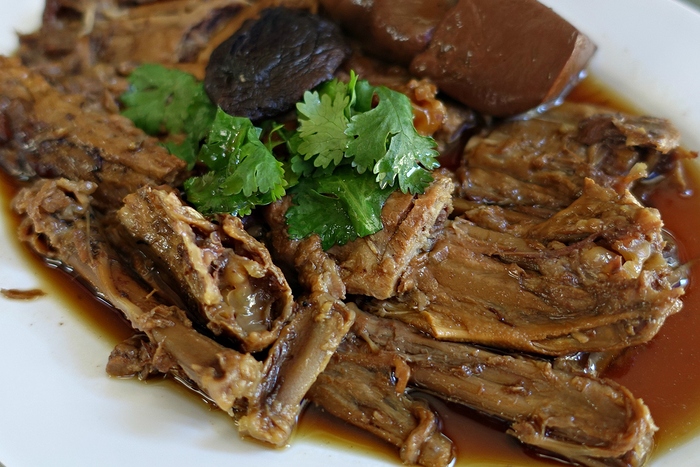 One also gets small bowls of duck broth for sipping in between bites of noodles and duck-meat. 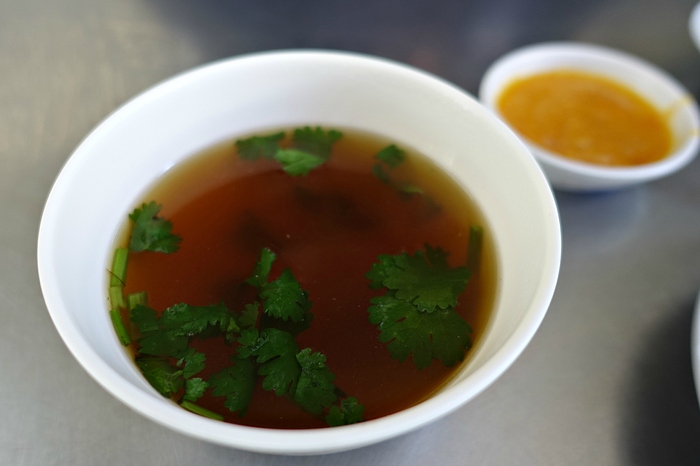 Tang Seng Huat operates early morning, around 8am till it sells out usually after lunch. 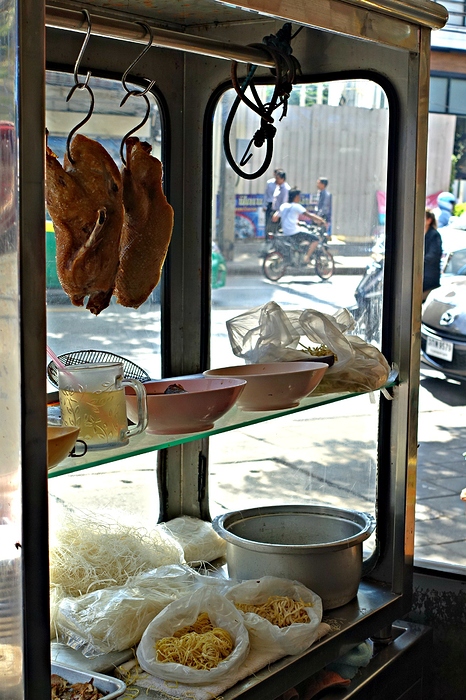 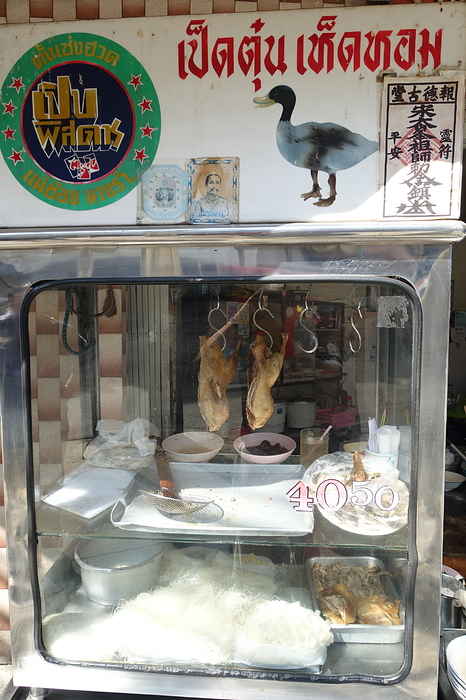