The signboard at the front entrance bears the name “Eiah-Sae”, inscribed in Thai but meaning “Fortune Incoming”, a Teochew-Chinese term. Below it, also in Thai, is inscribed “Freshly-brewed daily”, whereas the Thai inscription on the top-right corner of the board states “60 years of good coffee” . The board was put up in 1988. 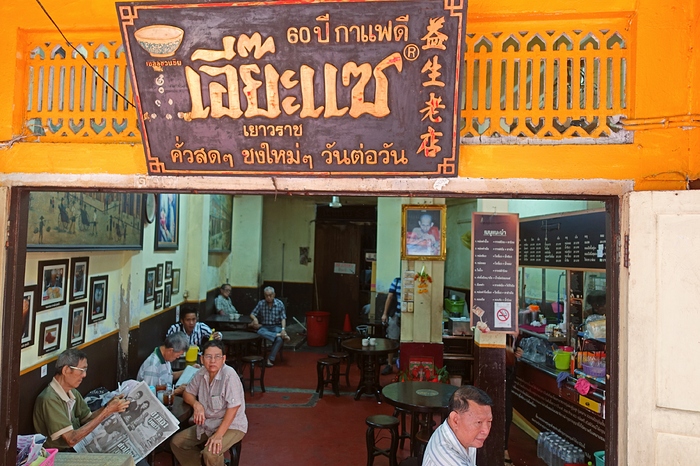 Offerings are the typical Hainanese kopitiam fare such as those served in many Singaporean and Malaysian traditional Hainanese cafes: thickly-sliced, toasted white bread, slathered with margarine and either sprinkles of white sugar or a thick drizzle of sweetened condensed milk, or that favourite Hainanese egg-jam spread - ‘sangkaya’. Eiah-Sae does all of these very well. 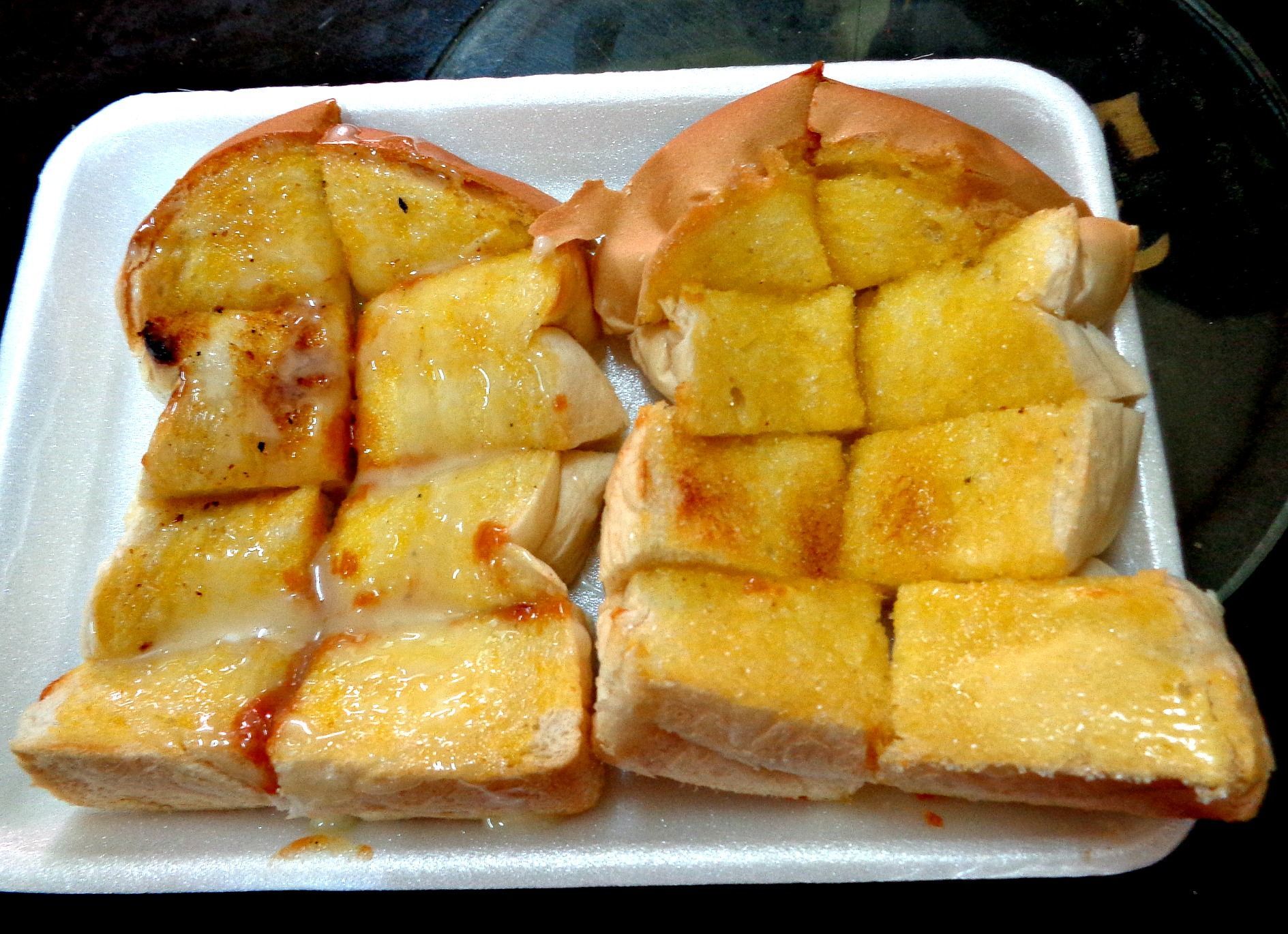 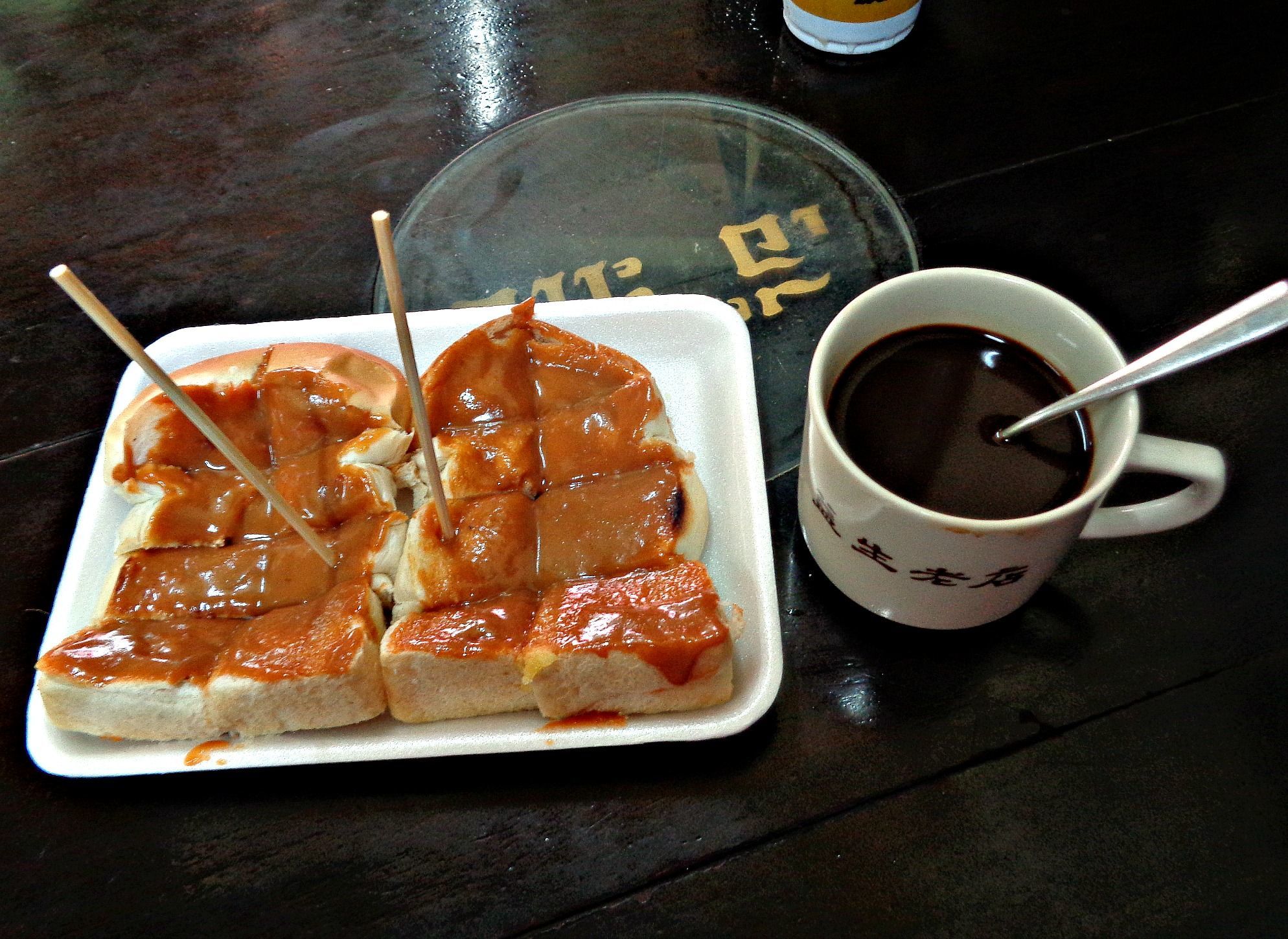 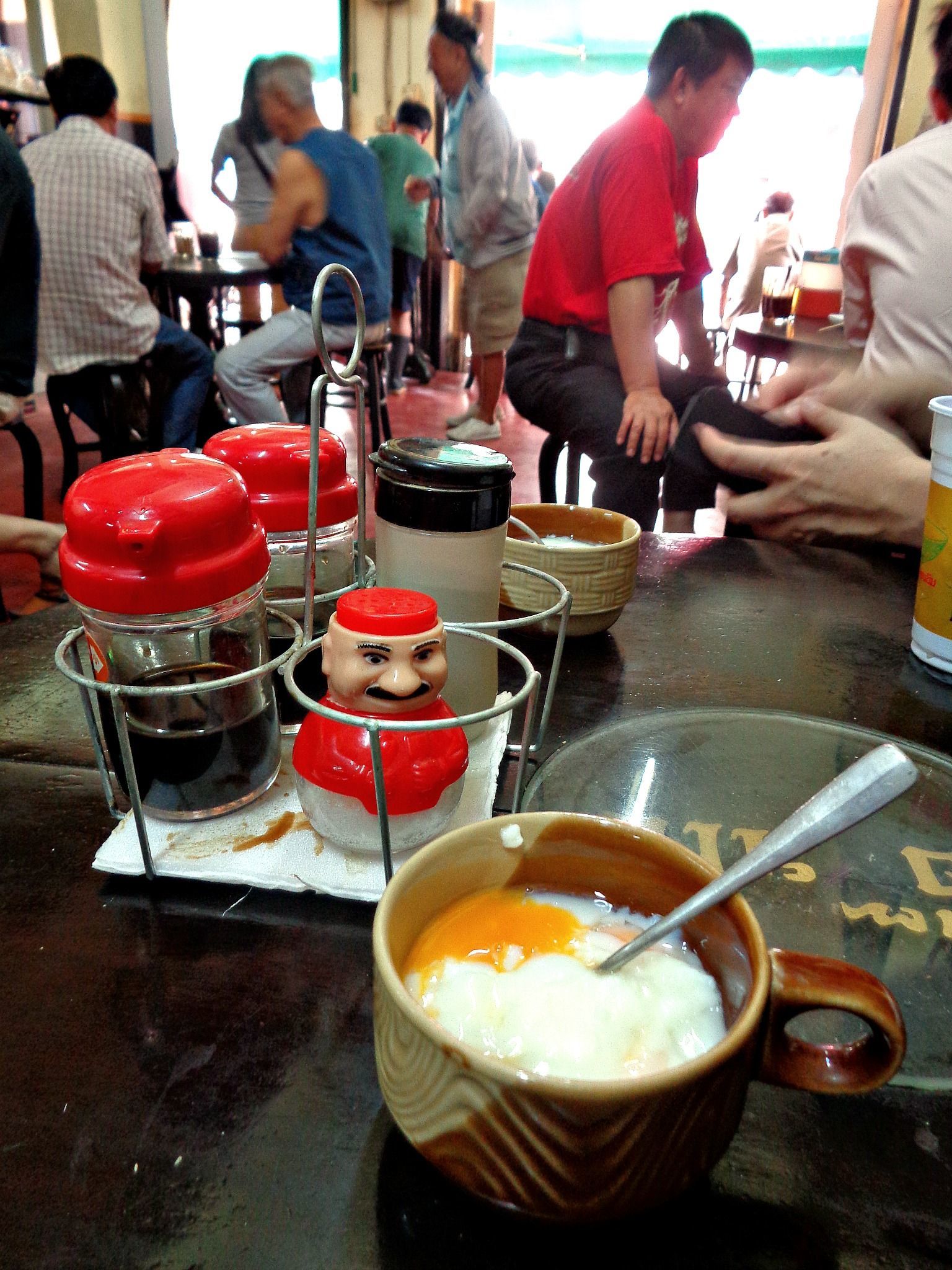 It also offers the traditional Hainanese hot beverage called “nor kao” in Thai - a mix of coffee and tea (in Singapore or Malaysia, this is called a “cham”). 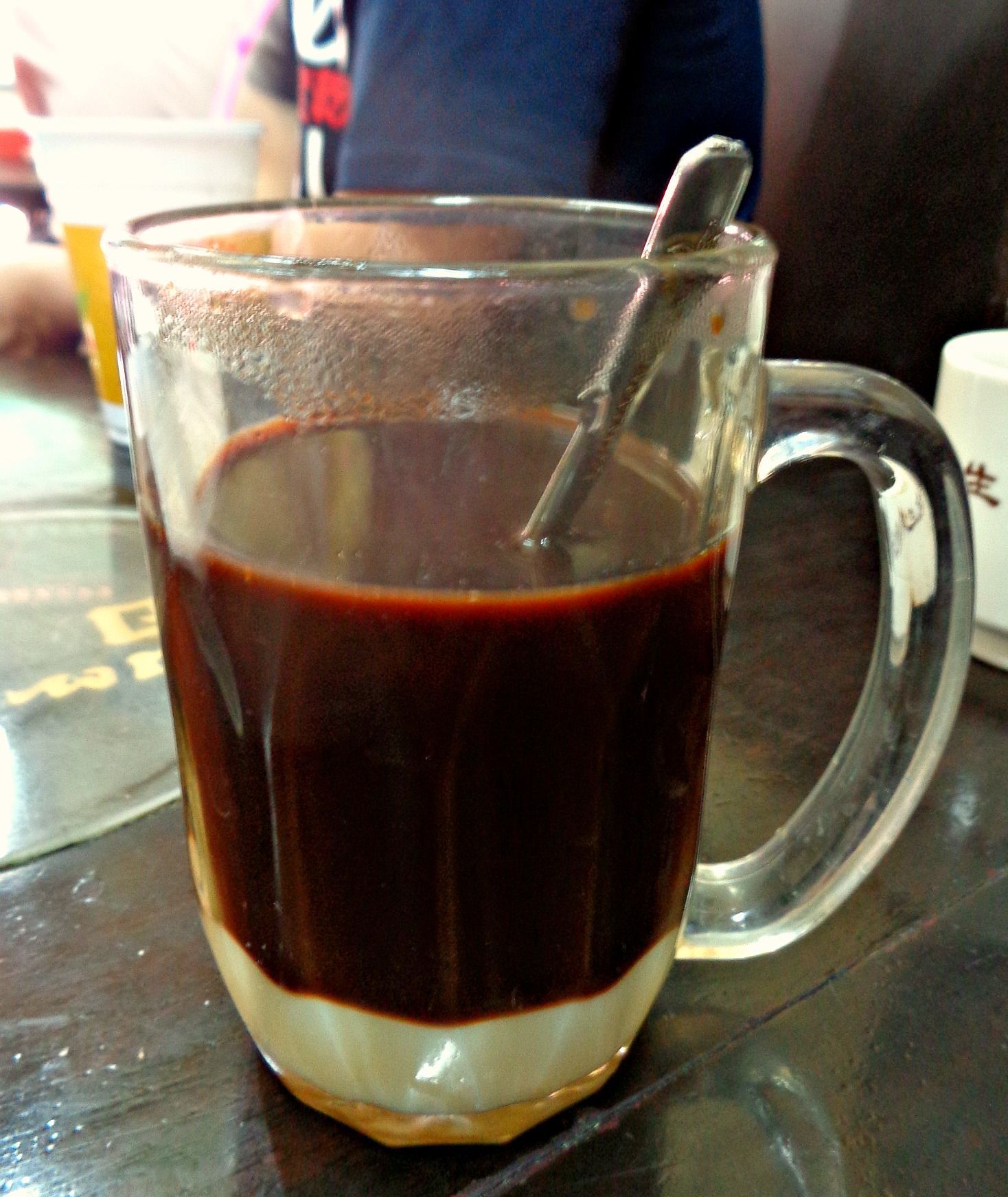 Eiah-Sae is a short distance up the street from the Hakka Association along Thanon Phat Sai, and is hard to miss since it’ll always be full of customers, mostly elderly Teochew-Chinese men. 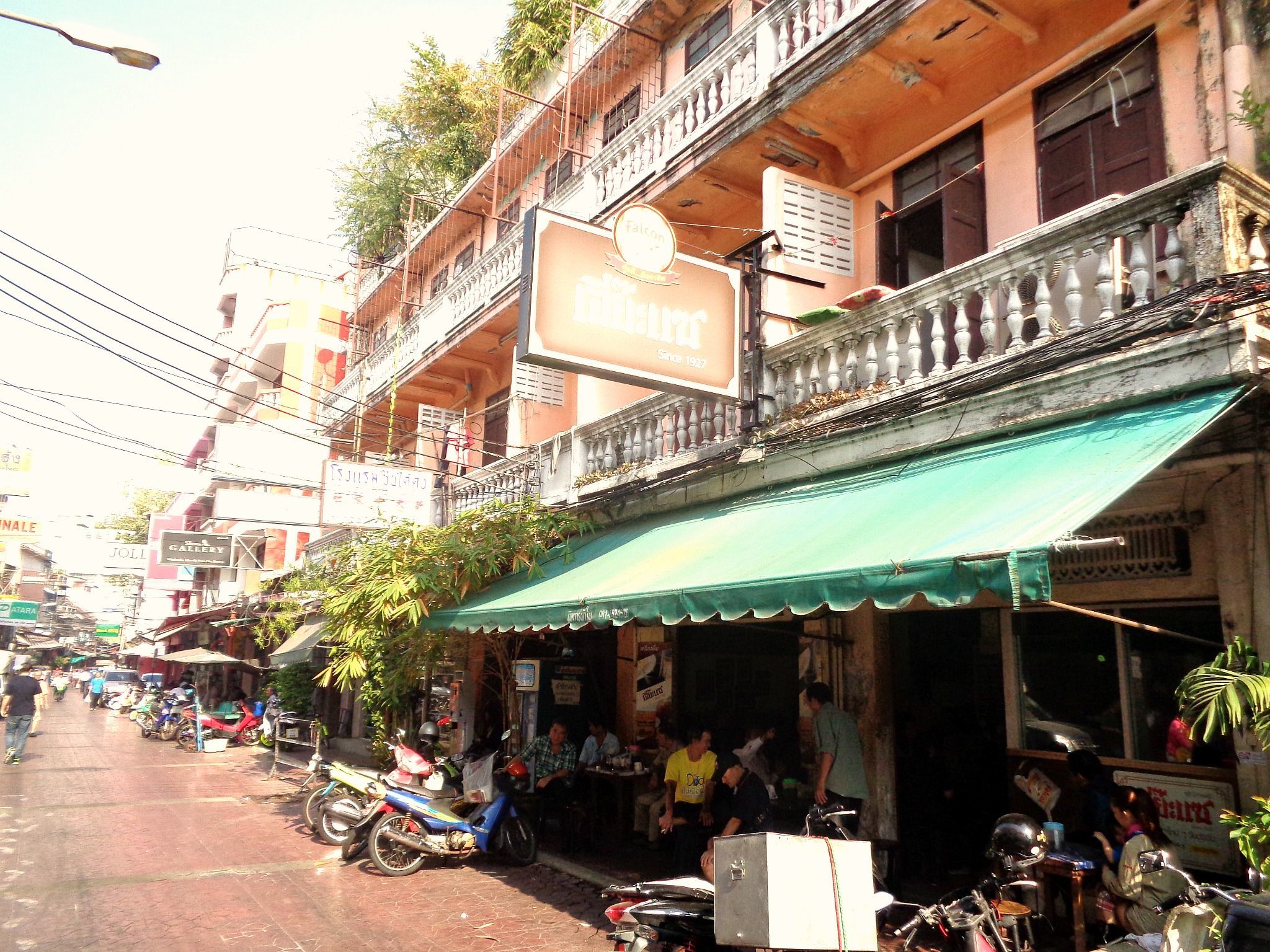 The current owner, Prinya Thongwiriyakun, is the 4th-generation of the family which started the coffeeshop and currently manages it.

A walk down Thanon Phat Sai will bring you to the Hakka Association. The Hakkas, known among Thais as “Khae” (not “Kek” which the Thais call Indians or anyone from South Asia) have been coming to Thailand since the 1840s. 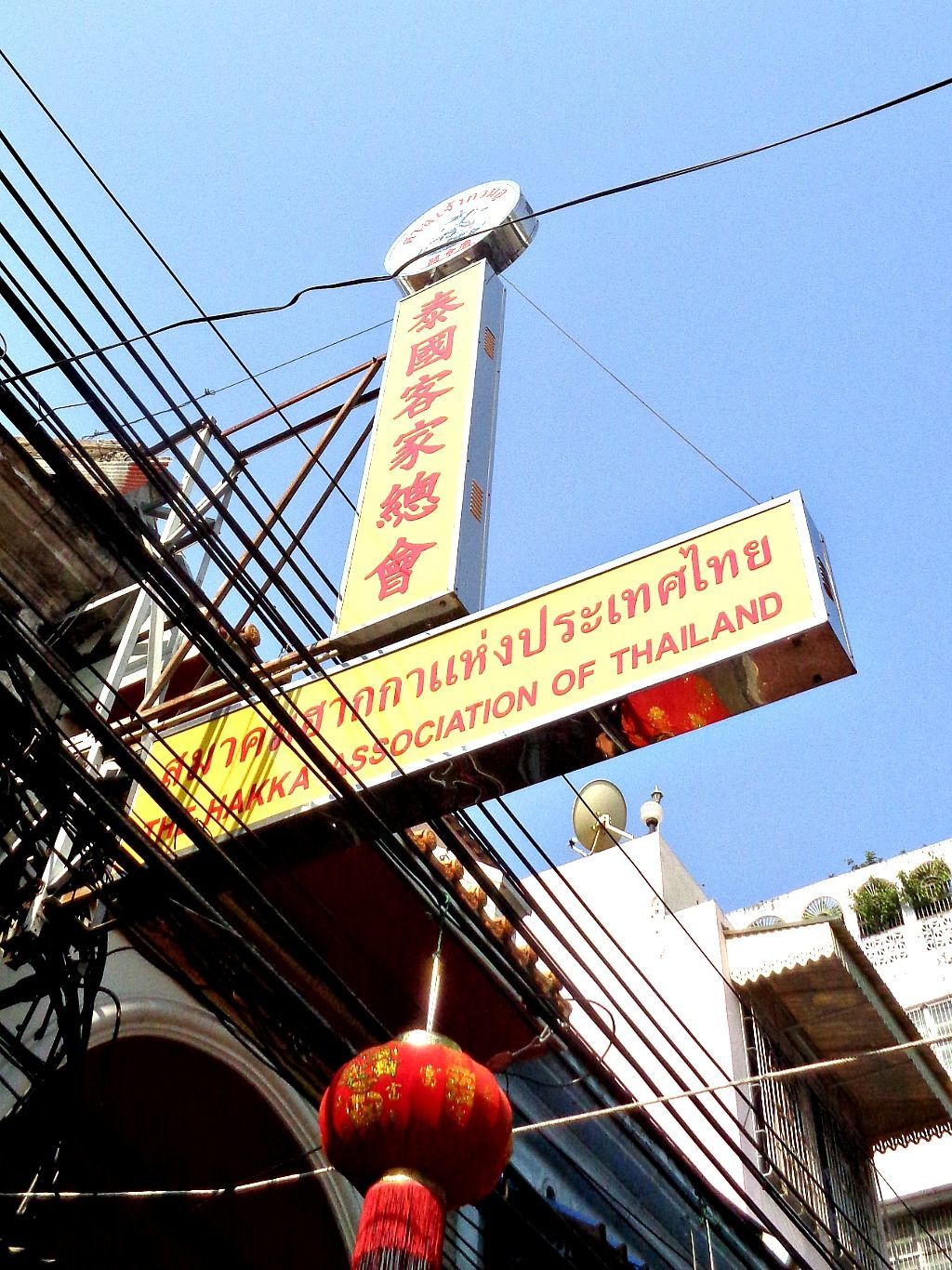 Walk further down Thanon Phat Sai and you’ll come across the triumvirate of 3 oldest Taechew-Chinese restaurants in Bangkok (all over 80 years old, and all good!): Sin Kwang Meng, Jim Jim and Tang Jai Yoo:

Tang Jai Yoo got the attention of international/travelling foodies when Anthony Bourdain had its roast suckling pig and declared it on his No Reservations programme as the best he’d ever eaten. Bangkokians, of course, would know that Sin Kwang Meng just around the corner does an even better version. But we’re not telling, of course.

Of the two, Eiah-Sae was more popular and it became a meeting place for the Chinese tradesmen in Chinatown - so much so that if anyone wants to hire a chef or waiter, or look for a wedding caterer, one only needed to go down to Eiah-Sae and ask around. 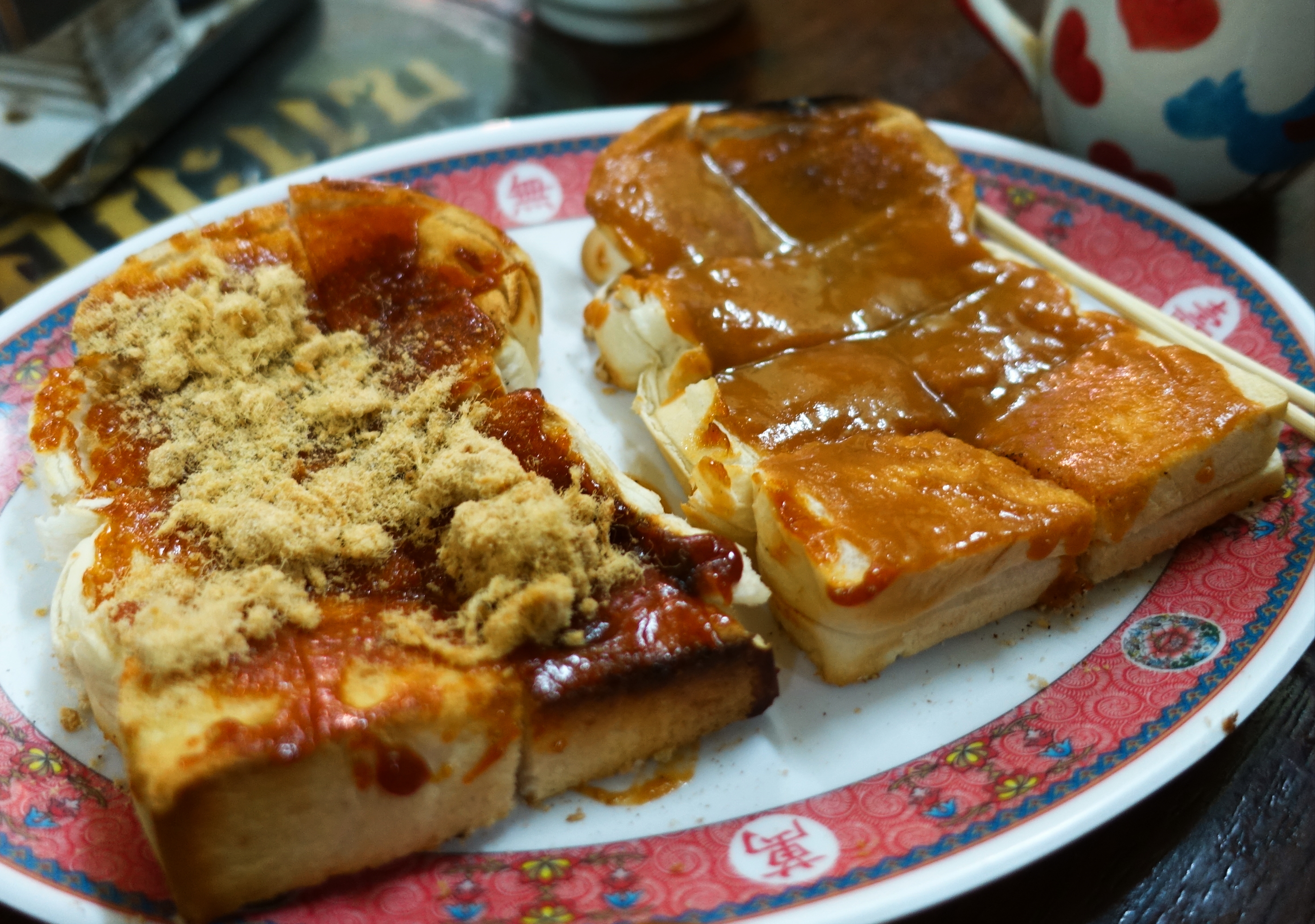 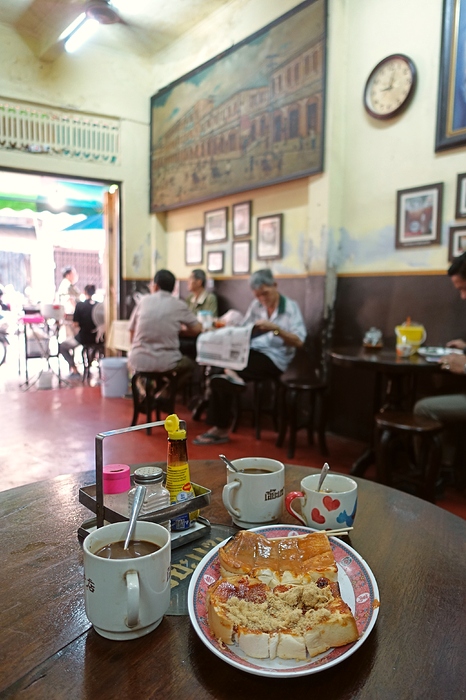 To complete my traditional Hainanese breakfast set, I also ordered the soft-boiled eggs (kai luek), cracked unceremoniously into a cup here. Good for dipping one’s toast into, eggs-and-soldiers-style. Light soysauce and white pepper are provided on the side for the eggs. 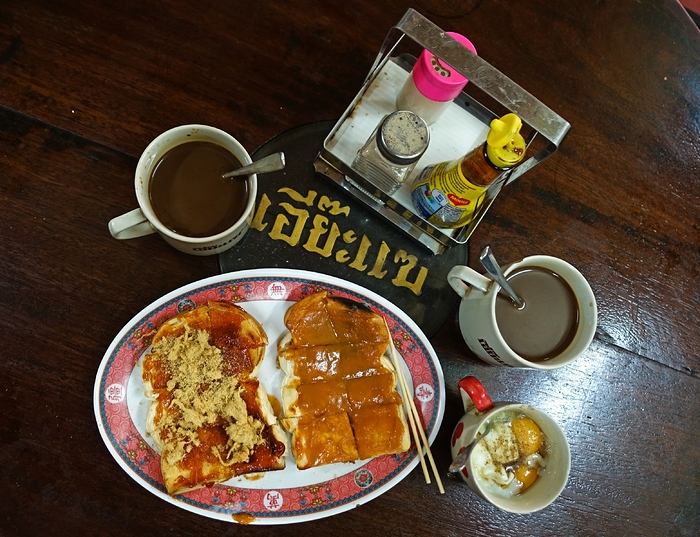