I’d been a follower of Joel Robuchon’s L’Ateliers since he opened the first one in Paris back in the late-90s. Been to the ones in London, New York, Tokyo, Taipei, Hong Kong and Singapore since, and each & everyone of them had ensured the same level of cooking and service one expects from a L’Atelier.

The Bangkok one opened in December 2015 (if I remember correctly) but my interest in the L’Atelier chain had long since waned then. So, I’d never checked it out, eventhough I frequented Dean & Deluca on the 1st floor of the same building (L’Atelier de Joel Robuchon Bangkok is on the 5th floor).

Curiosity got the better of me two days ago, and I decided to check out this latest Bangkok outpost of a chain I once felt was a trailblazer in its time two decades ago - introducing the concept of French chefs serving their customers at sushi counter-like seating arrangements.

The Bangkok one was every bit as beautiful. 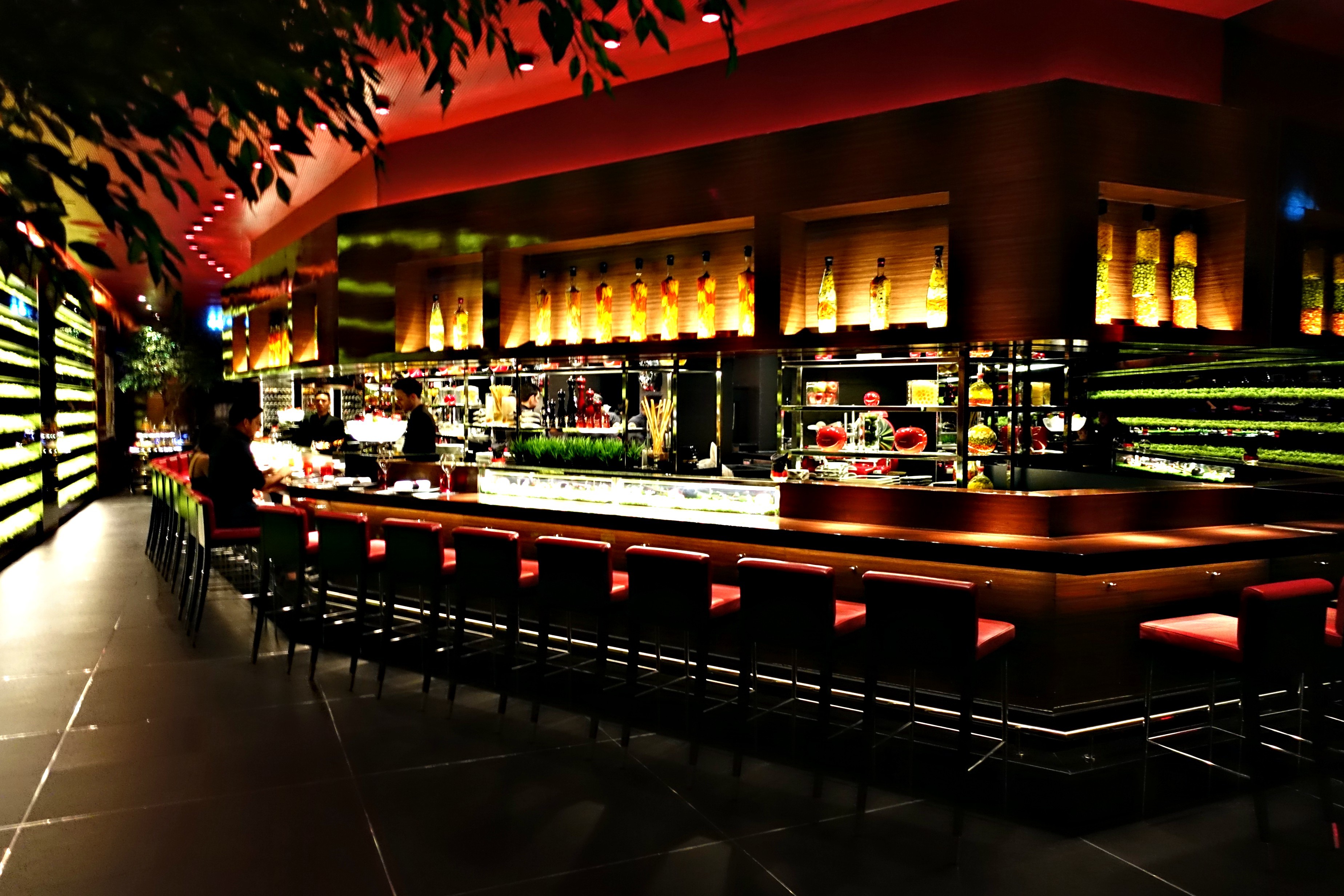 The bread basket - bread sizes seemed smaller, but is continually replenished. The choice of breads have been tweaked to suit local (Asian) palates I guess, so the rolls are predominantly the soft, sweetish, Japanese-like variety. No hard-crusted French rolls. 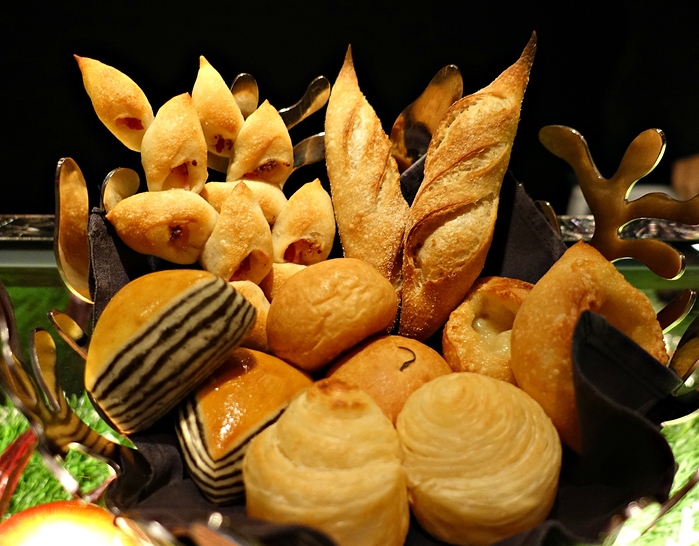 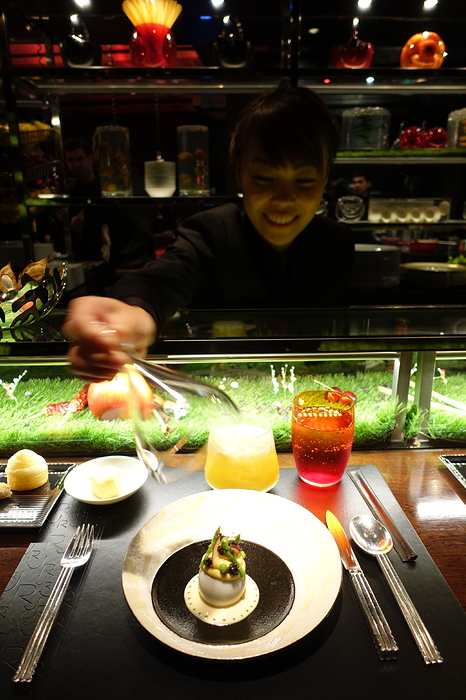 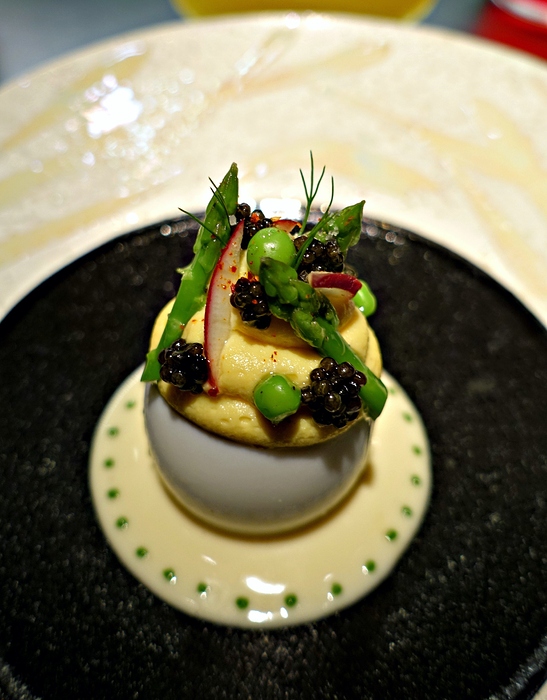 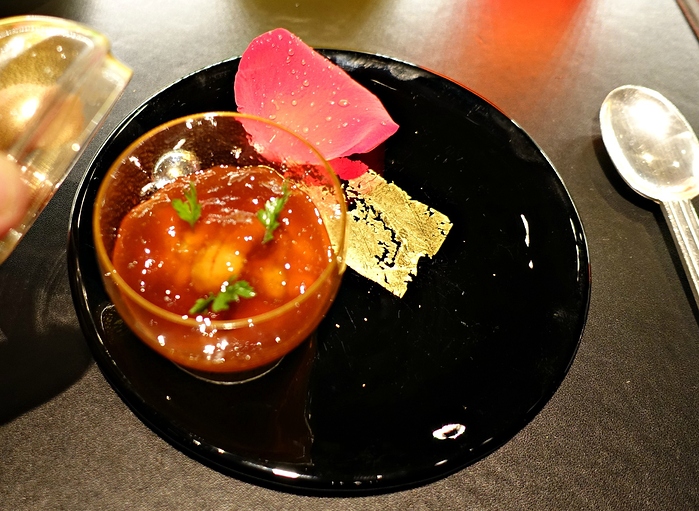 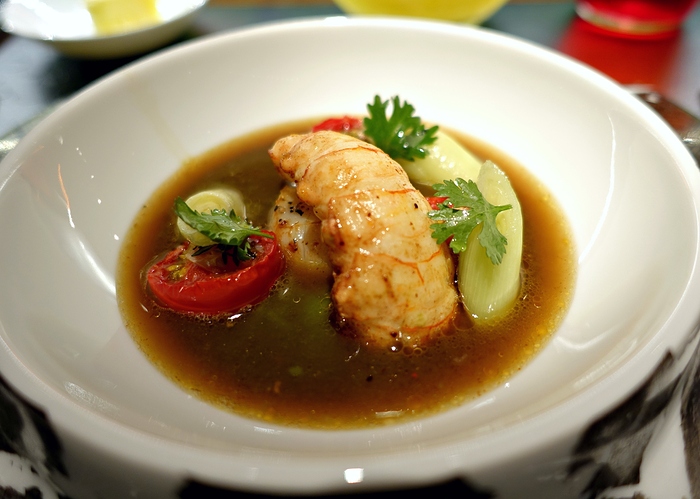 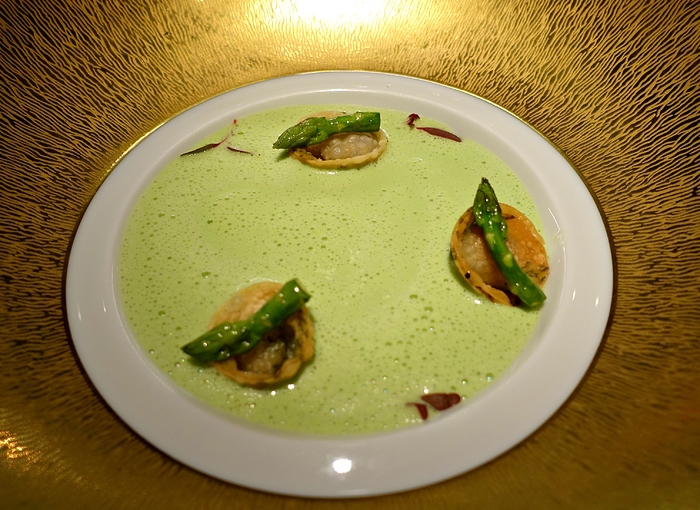 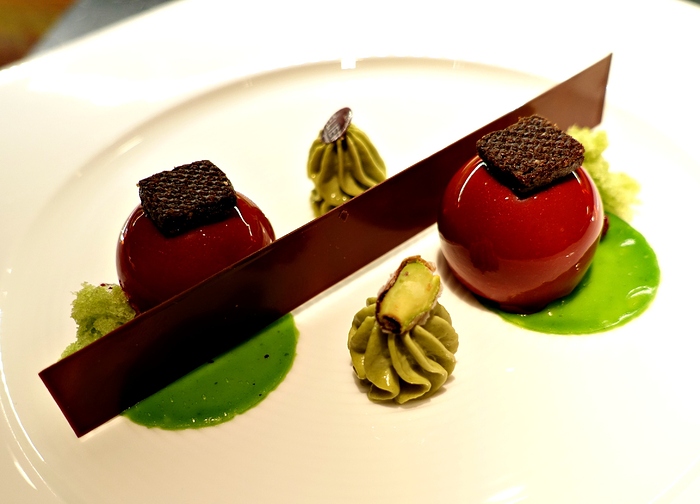 Overall, a good dinner - very Robuchon, no surprises. I guess that’s why people go to L’Atelier: you know what you’re going to get wherever you are in the world. 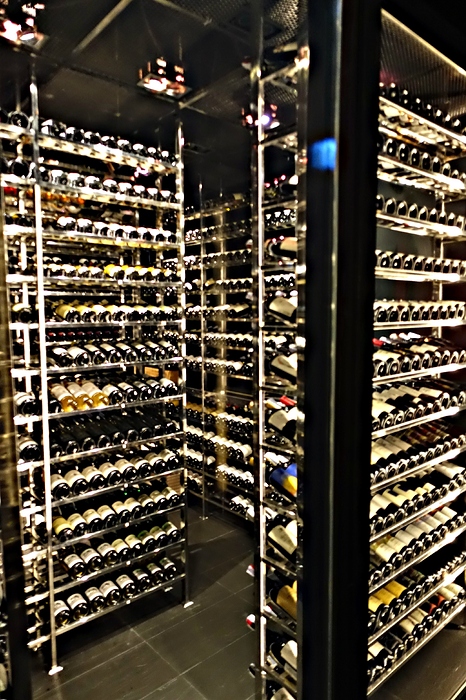 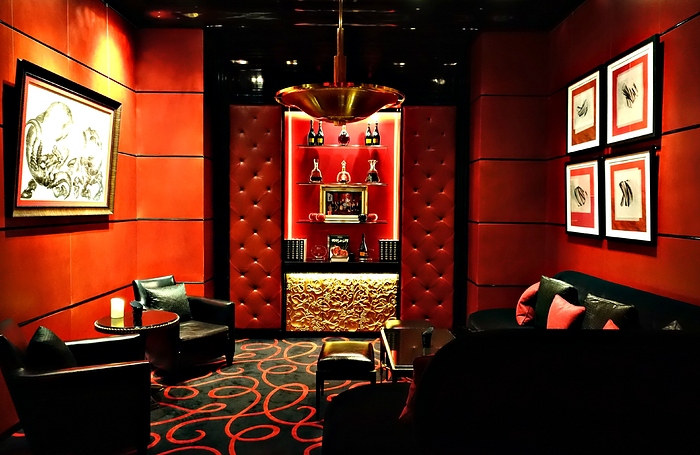 I believed that the first L’Atelier was born in 2003, there were a lot of noises, and the return of the “retired” Robuchon etc. I still remember the meal we had in 2006 in Paris 7eme, it was a meal that made me fell in love with sweetbread. I never had another sweetbread as good ever since. At that time, menu degustation was still relatively rare at a lower price tag. It is incredible that their decoration is nearly the same in all locations in the world.

Overall, a good dinner - very Robuchon, no surprises. I guess that’s why people go to L’Atelier: you know what you’re going to get wherever you are in the world.

Yeah, food was classical, but delicious. Sometimes I think the younger French chefs are too much into innovation and creativity forget that food needs to be delicious, or maybe I’m getting older and difficult to be pleased now

By the way, the last Pain au chocolat I bought in Hong Kong Robuchon last year was way better than the ones I got in bakeries in Paris. (Well, true, it was twice as expansive than in a fancy place here. It would be a scandal trying to sell it at 2.50 euro in Paris).

Oh yes, you are right - Robuchon was still in Paris in the mid-90s before suddenly “retiring” . He spent an inordinate amount of time in Japan, and was very enamoured with Sukiyabashi Jiro - which was why he took a tape to measure Jiro’s sushi counter and used it to construct his first L’Atelier in Paris.

I believed that the first L’Atelier was born in 2003

It was - I think he opened both Paris and Tokyo at about the same time in 2003.

I think that’s when I ate there as well. I used to live in an apartment around the corner and ate there a few times - we were familiar enough with the staff that they would pop down and put our name on the list and they would call our apartment when there was a space for us.

Like you it’s where I fell in love with sweetbreads.

Peter that’s comforting to know - I always enjoyed my meals there - not revolutionary but good and reliable.

30% potatoes, 70% butter! So said a friend of mine who used to work as one of the chefs at L’Atelier de Joel Robuchon HK!

It was good, but couldn’t eat a lot, too heavy.

I made a few times his recipe, a lot of milk too besides butter… I read his biography, Robuchon used to eat 250g of butter everyday when he was young!