The American Fried Rice (‘a-may-li-kun flied lice’) is a quintessential Thai coffeehouse fare which you cannot find anywhere outside Thailand, but is a ubiquitous feature of family restaurants here.
It was invented during the Vietnam War era by Thai chefs who worked in R&R camps for the US army servicemen. The creative Thai chefs simply combined everything which they think Americans would like onto one plate: fried chicken, sausages (only tinned frankfurters would do), a fried egg sunny-side up, and fried rice with tomato ketchup & raisins.
A legend is born! 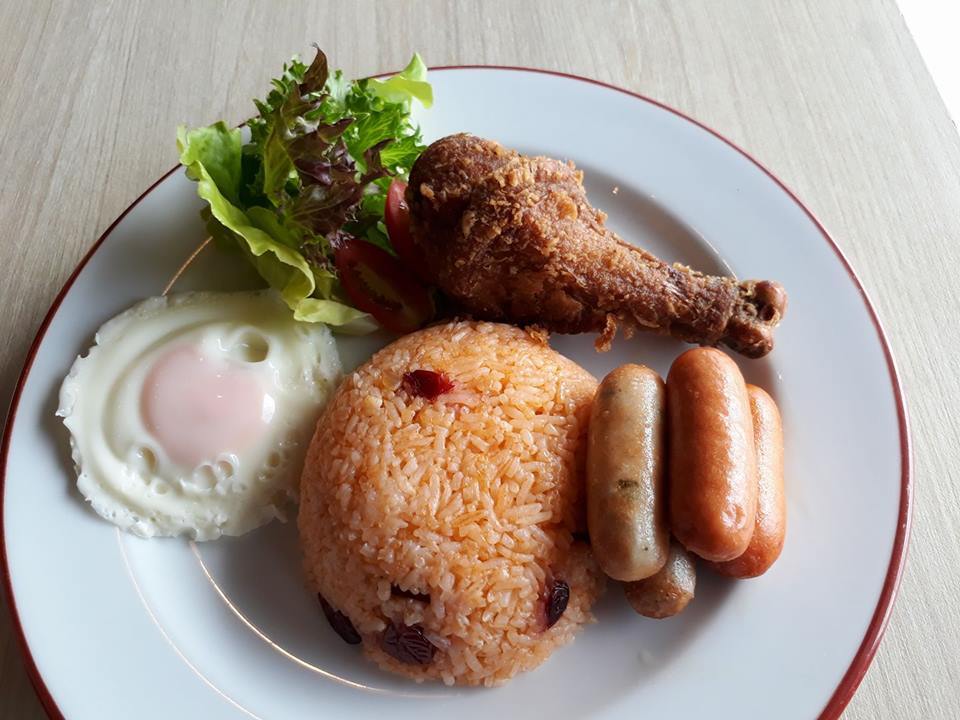 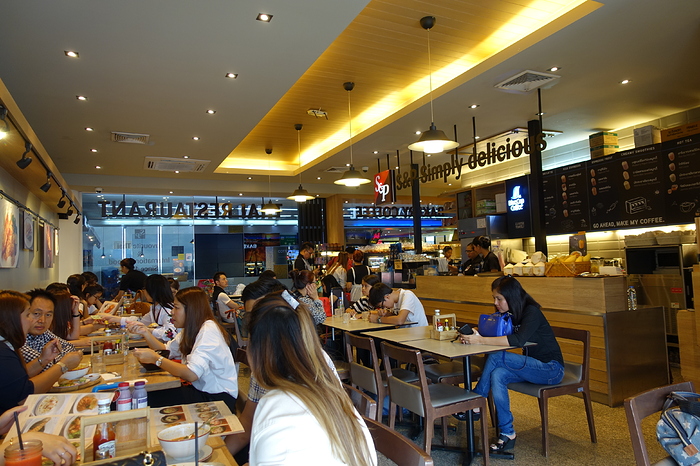