This very rustic seafood eatery in the middle of an oil palm plantation was new to me, but seems pretty well-known to many folks already. It’s located in Bagan Samak, a tiny village of 2,000 mainly Teochew-Chinese that was formed in 1951 - one of the initiatives by the colonial British government then to put Chinese villagers in heavily-monitored communities at the height of the Communist insurgency in Malaya which started in 1948.

The village’s claim-to-fame is actually its salted duck’s egg industry, which exports its products to Hong Kong and other countries with large Chinese communities around the world. Virtually all of the big brand Chinese mooncakes in Malaysia use salted duck’s egg yolk that comes from this inconspicuous little village.

Bagan Samak was also popular for breeding the very expensive ornamental freshwater arowana fish 2-3 decades back, but as the fad dissipated and business in arowana fish dried up, the village turned to offering seafood to foodlovers travelling between Kuala Lumpur and Ipoh to Penang. Bagan Samak is about 1 hour’s drive south of Penang, and about 1.5 hour’s north of Ipoh. These days, serious foodies from Ipoh and Penang converge upon the village, especially on weekends for cheap, good seafood meals.

We stopped by for lunch yesterday, enroute from Taiping (another Northern town) back to Penang. Bagan Samak has about 8 restaurants these days, but we chose the oldest one - the family-run Ng Hang Kee Freshwater Seafood Restaurant which started about 12 years ago. The Ng family has been well-known as food purveyors in Bagan Samak since the grandfather ran a noodle stall in the village decades back. One of his sons subsequently decided to up the ante with a full-fledged seafood restaurant, offering freshwater seafood from the rivers surrounding the area. 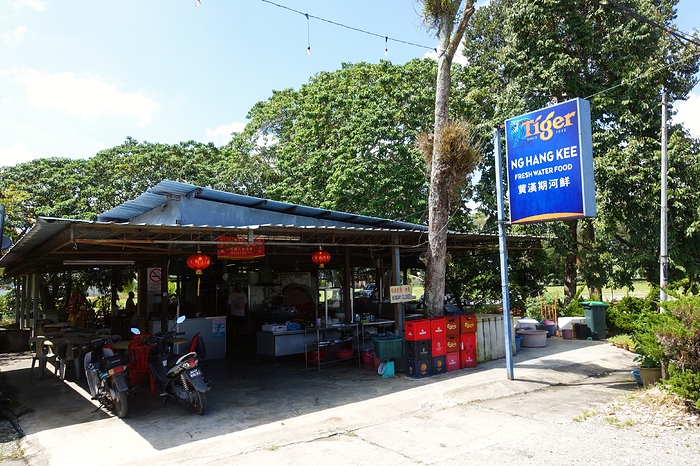 Business was noticeably quiet on a weekday, and our food order came pretty quickly. 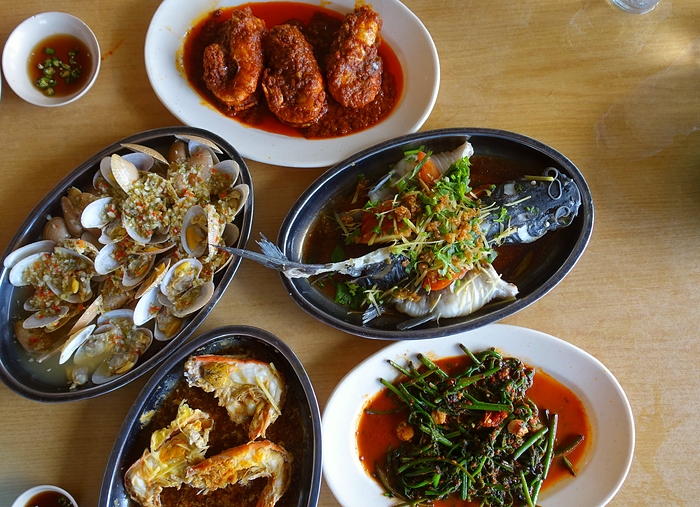 Pretty flavoursome cooking here, and with some incredible prices - the two big-head prawn dishes (each dish containing 3 large prawns) costed only RM35 (US$8.50) per dish! That’s only a third of what one has to pay in Kuala Lumpur or Singapore! 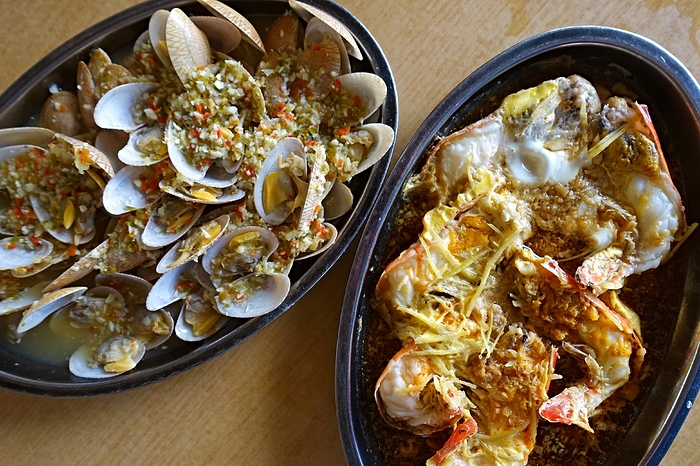 And where do the Malaysian jook places get salted duck eggs, or is that not a local jook condiment?

And where do the Malaysian jook places get salted duck eggs, or is that not a local jook condiment?

Making salted duck’s egg is quite a common cottage industry in Malaysia, so the local markets get their from local sources. Penang itself has its own salted duck’s egg makers, just like their soysauces, etc. - and these are distinct from those in Kuala Lumpur or Ipoh.

Everything looks great, save for the heavily curried prawns. I would enjoy the clams and fern very much. I would eat almost anything slathered with sambal belacan!