Avenue Long Branch - why do I never learn?

For some reason we ended up at Avenue in Pier Village for happy hour yesterday. Must have been the nice weather and the constant “I want to see the beach” whining. I never learn.

Even at half price, the only thing on the happy hour menu worth eating is the teeny lobster rolls. The fish tacos were lacking in any kind of flavor - just a piece of fish on a tortilla with no sauce of any kind. The sliders were plain and boring and underspiced and, of course, labeled as “kobe”, the pissaladiere had enough onions, but was lacking in both anchovy and olive so ended up way too sweet with no balance.

Add in the fact that you are not allowed to order any of this and sit outside and that Luke’s Lobster is now open in Pier Village and you end up with no reason to be at Avenue. Still kicking myself.

I hear you seal. I tried to get lunch yesterday at sirena but gave up on the parking. My vendor wanted to get some food on the water but we ended up at charleys.

I have a few of my own. Maybe I’ll start a new thread, or you can have at it and I’ll chime in

Places that suck but I still go to, that would definitely be a good thread

I fear we would end up with half the places around me on the list though.

Why we go to Avenue is because Helga likes it: 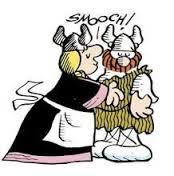 I have discovered, however, that the trick with Avenue is to make a res, get there early and order the 3 course Prix Fixe for $ 32.50 :

They have a nice selection of dishes, the food is acceptable, and the view is ok apart from the occasional large Jersey matron in too little swimsuit yelling at her kids that it’s time to get off the beach.

You can be seated outside for the Prix Fixe and as long as you get there by 5:30 that’s usually not a big deal.

Otherwise I find the bar and the regular service overpriced and underwhelming. It was good with the raw bar in the beginning, but went rapidly downhill after that.

I also notice most of the servers there are from some Eastern European country that you have never heard of before.

I would just add on the prix fixe menu I can recommend the raw bar plate (oysters are small) or octopus; the steak frites, trout or branzino; and the creme brulee or blueberry panna cotta.

Is it me or is branzino the new tilapia? Sword fish are decimated and they switch over to toothfish. Now I see branzino on every menu. Bring back winter flounder and atlantic cod! Lol

Is it me or is branzino the new tilapia?

Since you mentioned the lobter place at Pier Village, anyone try them out?

“Avenue Long Branch - why do I never learn”

This is part II of @VikingKaj rule of mediocre restaurants in NJ. Not only does location/view + liquor license + average food = success there is also: Any “restaurant” that is attached to a bar
/club that offers bottle service, charging $200-$300 per bottle of booze, is not a restaurant at all. Avenue and similar venues are like Rock Hudson in Holliwood in the 60’s , the “restaurant” is in reality their Phyllis Gates.

Any “restaurant” that is attached to a bar
/club that offers bottle service, charging $200-$300 per bottle of booze, is not a restaurant at all

I would agree, the food is largely an afterthought at Avenue. It’s a club (aren’t the Kushner’s fingers in this?) with a restaurant attached.

Still, if one must as the result of spousal nagging, I would suggest the early bird Prix Fixe as the way to go.

As I recall, they further have some reasonably priced ($25-35) bottles of wine that are quaffable to go with.

So for a C note, or less, you can tick the box with the wife and move on.

Is this anything to get excited about? 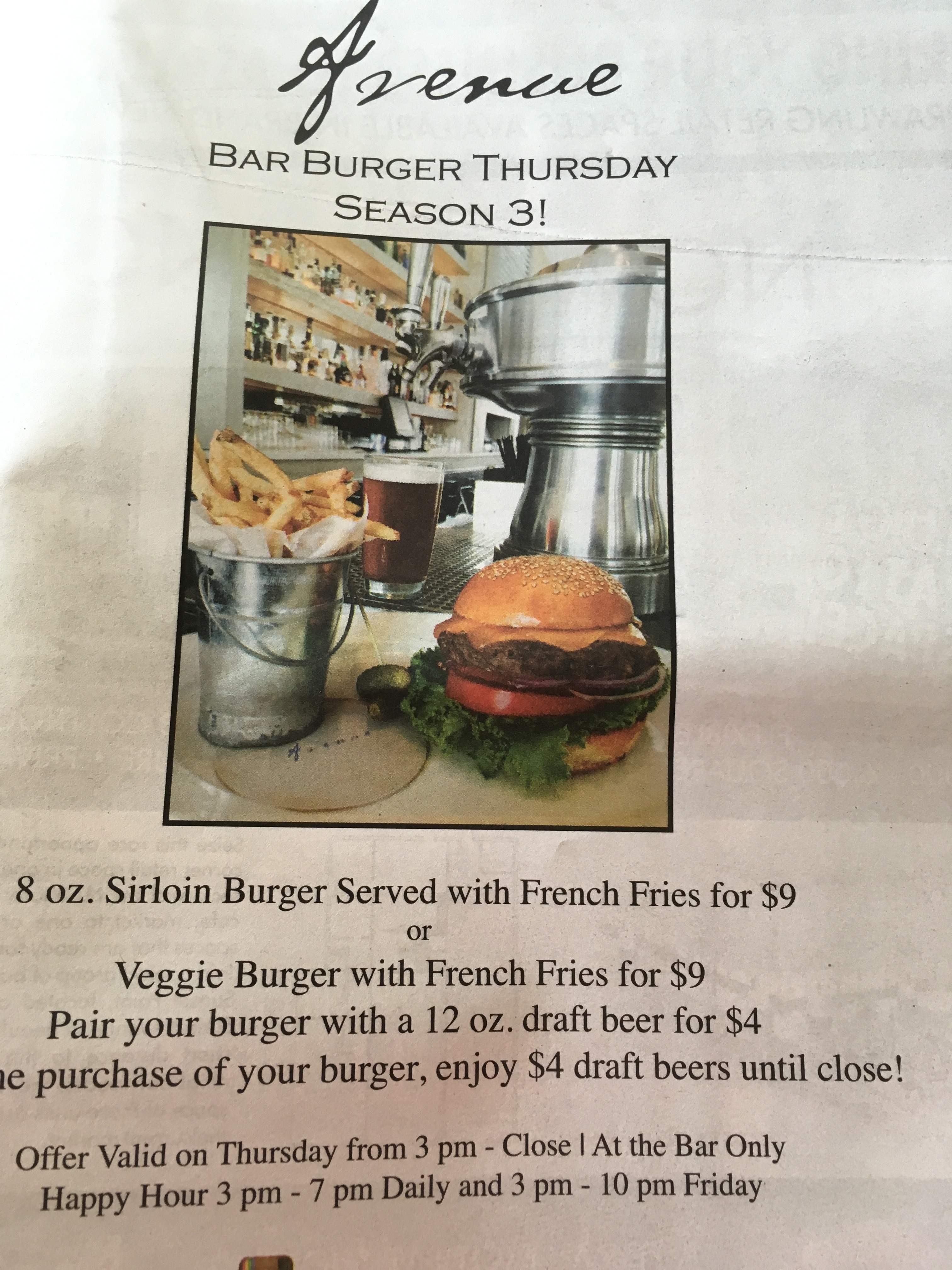 Worth a try in my opinion. It’s a great space so being able to grab a reasonable bite just enhances it!

Is this anything to get excited about?

I think the specials there offer decent value for the dollar, we like the price fixe especially if you go early.

So maybe not excited, but I would echo @NotJrvedivici that it is definitely worth a try.

9 bucks for a burger at that location is a good deal if it is half decent.

Personally I like the food at Avenue in general. Definitely some duds in there but the burger is not one of them, and they have real french fries. For 9 bucks definitely worth a try. They also have the only beef tartar in the area I’m aware of which I like very much.