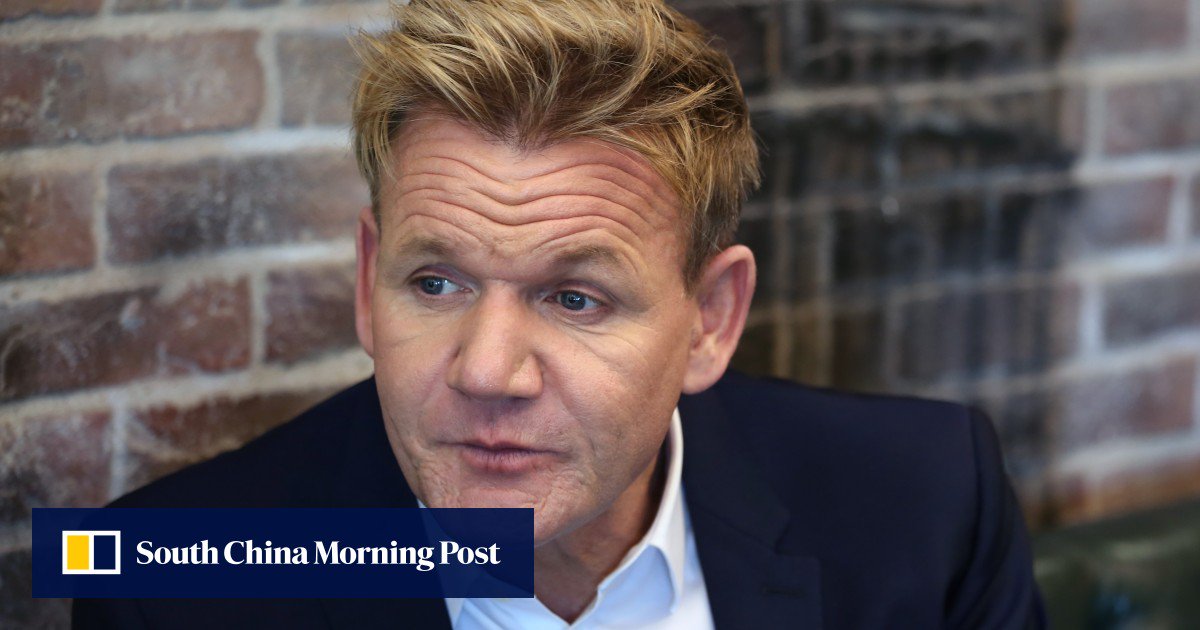 Food writer Angela Hui slammed the eatery after event, says she was the ‘only east Asian person in a room full of 30-40 journalists and chefs’.

Ramsay’s strongly worded response, which drew further criticism from some observers as being dismissive of an Asian critic’s perspective on a restaurant billed as an “authentic Asian eating house”, is the latest in a series of controversies over cultural appropriation in food. A number of British restaurants and brands have been accused of seizing on other cuisines and misrepresenting or stereotyping them.

Original promotional materials for Lucky Cat said the restaurant would be an “authentic Asian eating house and vibrant late-night lounge, inspired by the drinking dens of 1930s Tokyo and the Far East”.

Another article on culinary appropriation. 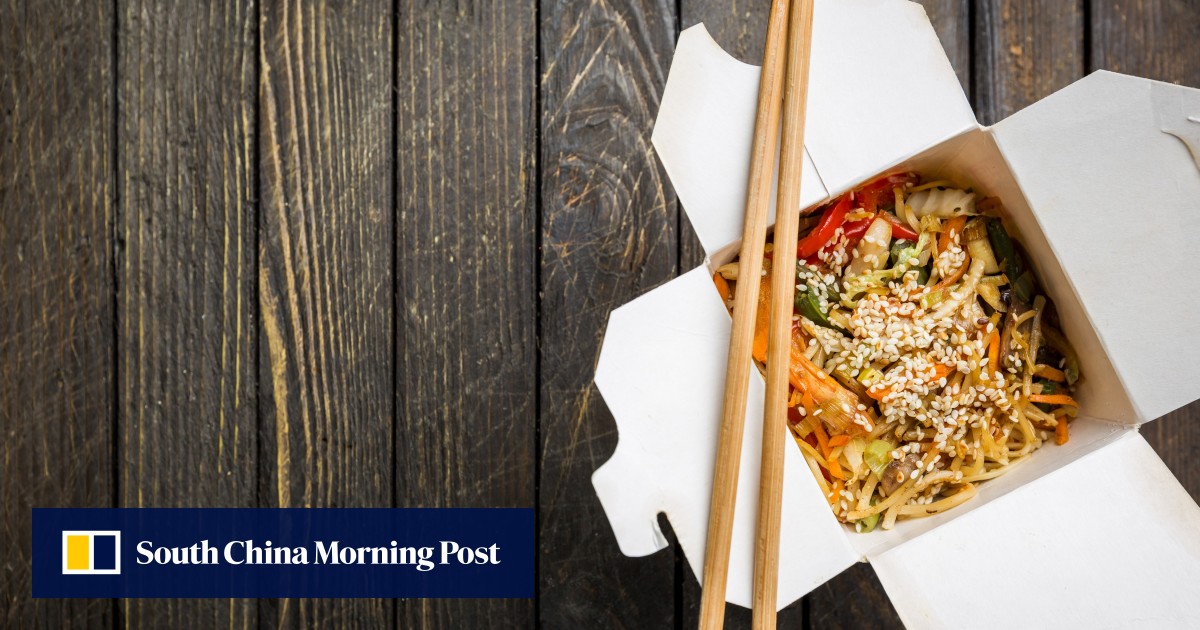 Critics say the marketing plays to stereotypes about unhealthiness of Chinese food, like noodles that ‘make you feel bloated and icky the next day’.

[Owner Arielle Haspel] has described the restaurant as a “clean” Chinese restaurant for “people who love to eat Chinese food and love the benefit that it will actually make them feel good”.

Haspel later clarified on social media that she meant “clean” to indicate ingredients without additives, an accepted definition of the word in the holistic community but one that conjured up an ugly stereotype that immigrant restaurants are dirty.

By positioning her restaurant as one that will “actually make [people] feel good”, she seemed to imply that other Chinese restaurants could not do the same. Other posts alluded to the perceived unhealthiness of Chinese food: one post, since deleted, called lo mein a dish that “makes you feel bloated and icky the next day”.

I thought we’d eradicated the term authentic, and then it pops up all thru these stories.
I also wish Gordo would fade away, but I don’t hold out much hope.
AZ already faded away and now returns.
The clean eating couple I don’t know. Or care.
Sounding like Charlie Chan movies is pretty much spot on.

I don’t get the whole outrage thing over this, it will either succeed or fail depending on whether the target patron likes it or not. Mayfair already has an “Asian” drinking den though, so maybe it’s a trend in that area.

I don’t get the whole outrage thing over this, it will either succeed or fail depending on whether the target patron likes it or not.

I’m entirely on your bus over this. That said, I understand that “The Media” will be wetting their knickers over this. I had never heard of cultural appropriation of anything, let alone just food, until a few months back. Now, it would seem, that whiteys like me are only fit for cooking stew and cabbage - completely ignoring British food diversity going back centuries (a recipe for curry appeared in Hannah Glasse’s recipe book in 1747).

I would, of course, question anyone advertising their food as “authentic” - a meaningless bit of food puffery if ever there was one.

By the by, I thought we had successfully exported Ramsay to North America. Disappointing that he’s been returned.

By the by, I thought we had successfully exported Ramsay to North America. Disappointing that he’s been returned.

we sent him back

we sent him back

In the UK, we have a law permitting the return of unrequested goods. So I fully understand.

Lashing out at cultural criticism is just the kind of classiness I’d expect from him. Though I don’t know why she felt the need to comment on the chef’s wife.

Disappointing that he’s been returned.

Here in France, he has lost a star Versailles’ Trianon (1 star today) since 2016, but still going strong in Bordeaux with Le Pressoir d’Argent (2 stars) and a brasserie le Bordeaux. 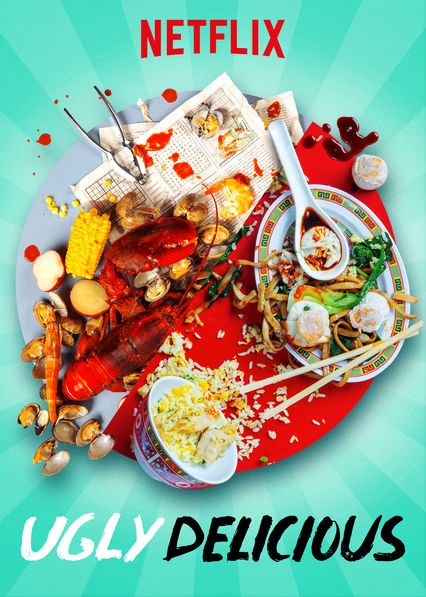 Chang’s Madeleine: ‘Ugly Delicious’ and the Problem of Authenticity

But watch him on Netflix for the full effect.

Unless you’re cooking entirely with ingredients that are native to the country/continent/hemisphere you’re in, there’s cultural drift going on. Seems like nobody cares unless the restaurant in question is an expensive fine-dining place.

Also Eddie Huang of all people accusing others of “cultural appropriation” got a huge horse laugh out of me.

Not defending Gordon Ramsey (I don’t care about him either way), but what’s the take on the food? As laid out in the SCMP article, the criticism seemed hyper-focused on the orientalism the writer found in the restaurant (and that she was the only Asian critic invited) and there was very little on particulars of the food. Yeah, a name like Lucky Geisha is tired and about as inspiring as typing out the menu using that awful chopstick font. Is the critic just aking exception to the fact that he tries to bill this as authentic? I hate that term because it means so many different things to different diners, but I don’t think the name is always indicative if someone has or hasn’t studied the culture of the food either. They could just have lame humor or they like kitsch. GR’s response is a dick move to be sure though, but hey, he’s GR.

Now the “‘clean’ Asian food that won’t make you feel icky”…ugh, that is disrespectful and ignorant, and so condescending. I find that statement more annoying. It’s: “I like your food, and I know how to make it better and more healthy than you can”. They seem to be clearly marketing their restaurant as an alternative to “icky” Asian restaurants to their would-be clientele.

Seems like nobody cares unless the restaurant in question is an expensive fine-dining place.

Favourite local place currently has seven main courses on the menu. Three are distinctly British. Then there’s a Thai red curry, two that draw on elements of French and Italian cuisine and a fourth that takes its inspiration from North America. No-one is going to give it a second thought.

I’m. Trying to imagine a scenario where I’d be upset over the cultural appropriation of the Midwest being a topic. I can’t, really.
If someone wants to open a glamorous upscale diner I’d say more power to em!

I feel authentic can be a relative term. Maybe for his patrons, his creative dishes are plenty authentic.
When I am in California, I have seen plenty of so called authentic southern BBQ, which lack resemblance to the standard execution. Or go to a Chinese restaurant in NYC which advertises authentic Beijing duck, but clearly it is not Beijing duck. In fact, I will go one step further, vast majority of Chinese restaurants which are selling Beijing ducks are really selling Cantonese roast ducks. The latter is not worse than the former in my opinion, but it is still inaccurate description.

My feeling? There are plenty fault advertisements, and it will be nice people be more honest, but this will be difficult. The above news is only news because it is from Gordon Ramsay. Some lesser known dude can easily do the same thing, but it won’t make it to the news.

This isn’t the forum for this discussion but I just can’t let all the dismissing of cultural appropriation happen without one post saying that it isn’t a new phenomenon, it is a real thing, we just have language and voices to talk about it now. It is tightly wound with racism and privilege, two more topics that get people riled up, so discussing it gets complicated and touchy very quickly.

But yes (speaking of a situation like this in general terms, I don’t know Gordon and don’t care to), a couple white guys going to China for a month, coming back and hiring a bunch of other white guys to open an “authentic Asian” restaurant (thinking that trip represents all of Asia is another huge issue) is cultural appropriation.

To insinuate by using your celebrity, that this restaurant is authentic - the underlying dig being that all the other restaurants run by asian immigrants aren’t as authentic as what you’re doing - is insulting.

To use your celebrity and privilege to open an “authentic asian” restaurant but not hire any local asian chefs is . . . questionable - and easily interpreted as having racist underpinnings.

To assume that local Asian chefs have the same access to the funds to open a high end Asian restaurant isn’t accurate. And to know that a population of people will be more comfortable spending high end prices for Asian food from a white guy, but feel that their local asian restaurants (who are probably doing more authentic and better food) should be inexpensive is disheartening.

So it’s complicated and you may not agree with some of those points (this post is long enough already) but I don’t think we should be so quick to dismiss the frustration and voices of those calling appropriation. The question isn’t if Gordon shouldn’t have the “right” to open an Asian restaurant (of course he can) but what are the dynamics of how he is doing it and are those dynamics aligned with supporting the minorities whose food he is serving, promoting, and profiting from.

Also: To open an “Asian” restaurant, claim authenticity (a brand for foodies more than anything) and rely on stereotypes that dehumanise the people of the culture (Lucky Geisha) one ostensibly celebrates in the restaurant? That’s appropriation.

To assume that local Asian chefs have the same access to the funds to open a high end Asian restaurant isn’t accurate.

Relatively easy access to financial backers comes with a track record in the industry. So, for example, if Karam Sethi was looking to open another Asian restaurant alongside his two Michelin starred places (Trishna and Gymkhana), I doubt whether he would have much trouble raising funds. Presumably Ramsay can rasie money with similar ease

I’m really going to step out of the argument because this just isn’t the forum for this - but a quick search (I’m hardly an expert on his life and times) seems to indicate that his start wasn’t supported by a track record in the industry.

At just 22, Karam Sethi struck his first major deal: to establish a London outpost of Mumbai seafood institution Trishna. Trishna opened in 2008 and won a Michelin star in 2012 with Sethi at the stove. Not bad for a business management graduate with little more than a stint at Zuma and a gap year at the Sheraton New Delhi under his belt. 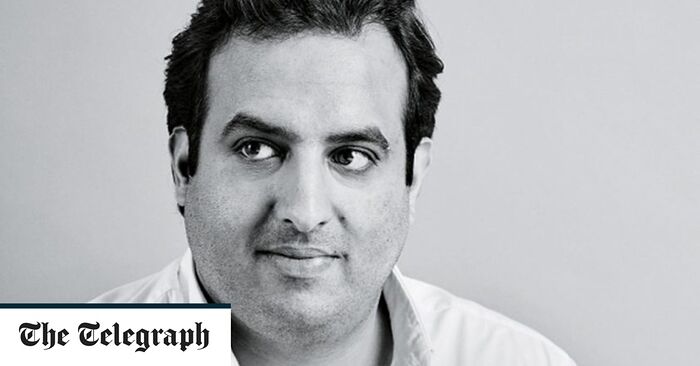