Arsicault Bakery is turning out pastries that rival the best in Paris, no kidding! Probably the most authentic kouign amann, outstanding croissants, simple but perfect tarts. The baker grew up in his grandparents’ bakery in country France. Already selling out every day, his stuff is drawing customers from all over town and is a popular weekend destination for cyclists. Very small production, so don’t wait til late in the day if you have something specific in mind. Top ingredients and skill: a winning combination.

Technically kouignettes, but yes, they are delicious. Haven’t tried anything else there–the kouignettes are too good!

Closed for the holidays - will reopen at 7 am on Saturday January 2.

True. Since his kouignettes are closer to the real thing than I’ve seen outside western Brittany, might it be worth discussing with M. Lacayo the possibility of his making at least a few traditional sized pastries? (I realize that most of his business is personal size product eaten on the spot or take out.)

I had kouignettes in Paris and Dinan, but I’ve still never had the full kouign amann–because there was no way the two of us could finish one of those. I would love to see Arsicault start making them

we’ve been going there for the past few months and definitely a top-noth bakery. Their chocolate croissant is really really good. We’ve sampled a fair bit of their stuff and all of it has been delicious. I’d put it in the same league as tartine and b-pattisserie.

The selections are not as extensive as the other bakeries

Looks better than most bakery in France (which just reheat frozen dough that they bought from industrial factories).

There shouldn’t be any difference in taste between the full size kouign amann and the mini kouignettes. It’s a cake you can keep in or outside the fridge for a few days. For a small bakery, the choice of selling kouignettes is really unusual. It requires quite a lot of work but the advantage is a long shelf life. 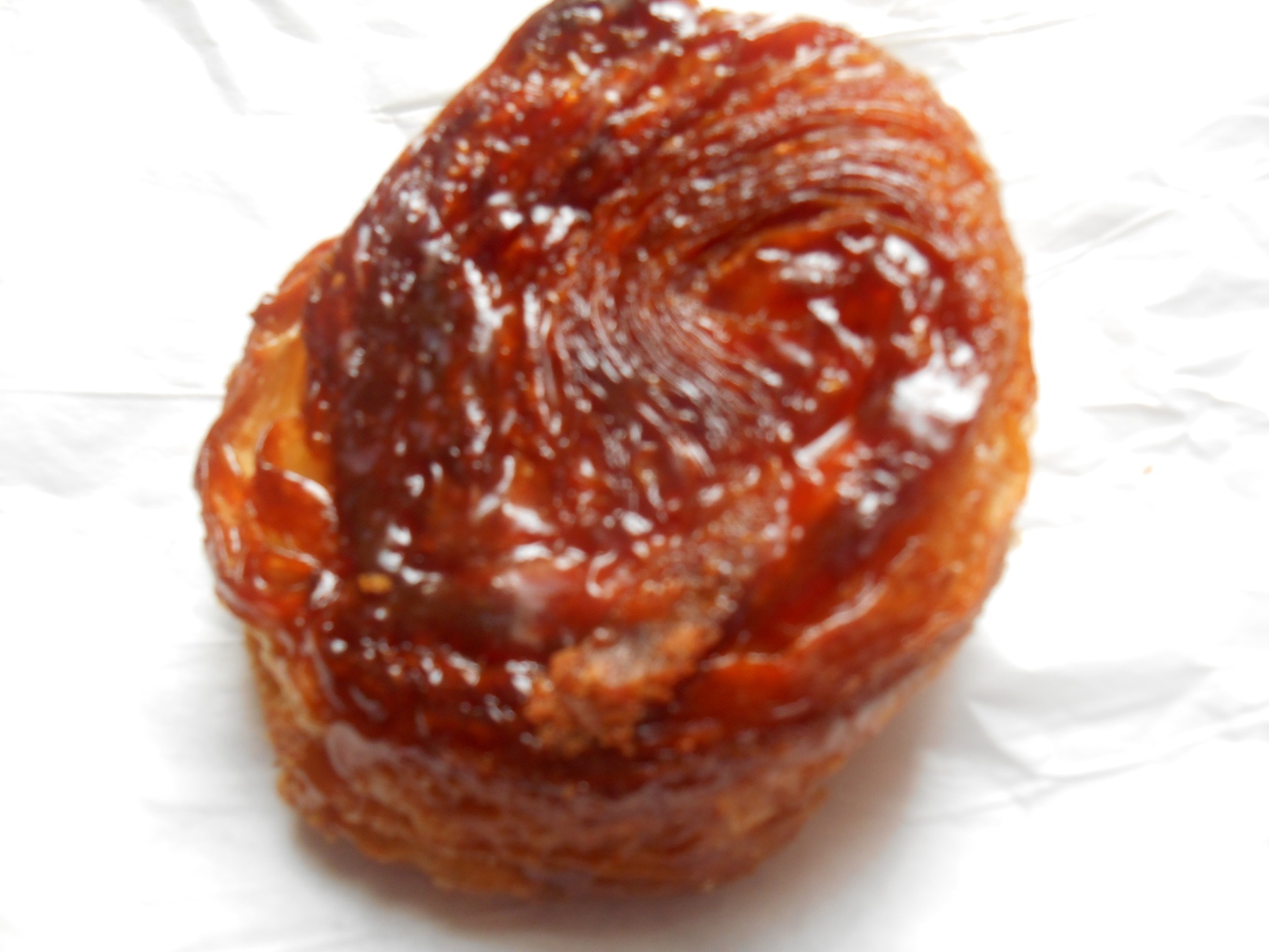 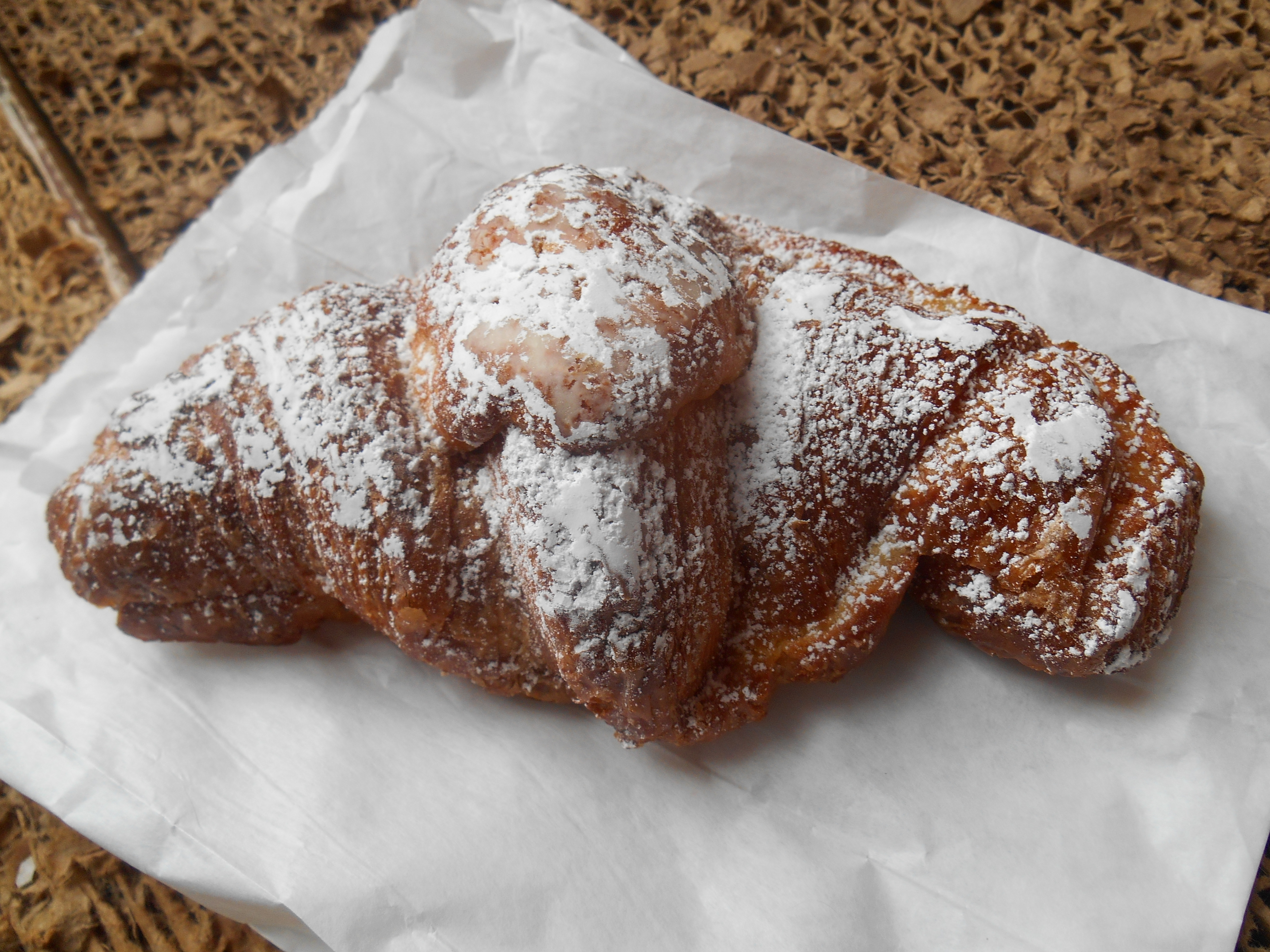 Arsicault’s croissant - this is perfection in SF

The chocolate and almond croissants are very sweet, like 85’C/ Paris Baguette kind of sweet, and sweet enough to leave an aftertaste. Are they supposed to be that sweet in France?

I have to say I prefer Arizmendi’s/ Starter Bakery’s scones to Arsicault’s.

Ham and cheese and chocolate almond croissants. $6.50 each. The sweet croissant is large and exceedingly decadent, likely the richest croissant I’ve ever had. Nice flaky pastry, generous filling, high quality chocolate and the almond was subtle, not the marzipan/almond extract taste cheaper croissants have. Daughter declared the ham and cheese excellent. 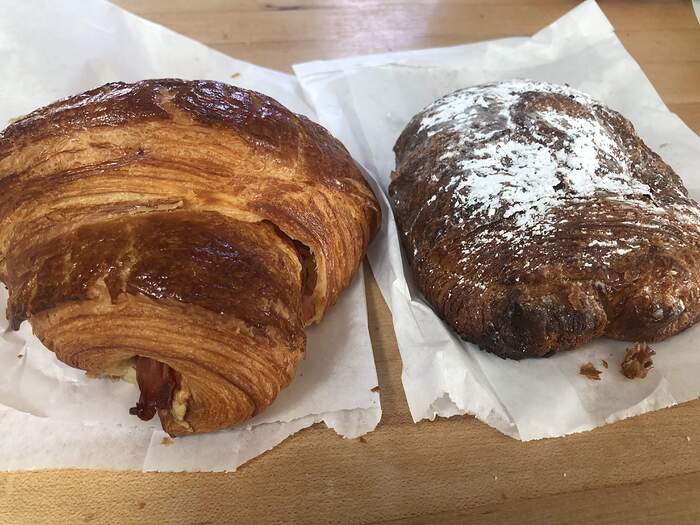 We live less than four blocks away. Only the long line keeps us from…

No line at 2:00 on a Sunday! They just have a window open and things were moving quickly.

Yeah I was about to say the same, early pm seems to be a good time to go.

and if you want to skip the lines, and have a larger selection, goto their civic center location (on Mcallister street) open only on weekdays. A few items specific to that location includes baguettes, apple fritter, and quiche (I might be forgetting a few more)

open only on weekdays

They’re open on weekends now and also added a small selection of sandwiches on their great baguette.

this is great news. I hope they can sustain it over the weekend in that location.

Thanks brisket44 and sck. Went to Arguello at 1:45 and walked right up to the window. Freezer is now digesting a half dozen kouign amann. (Hic…)

You must have more willpower than I, I would be popping one for 6 nights straight if I had them in my freezer.

Arsicault’s croissants are excellent, but my favorite sweet croissant is the chocolate almond from Portside Bakery. They put chunkier nuts inside, not just paste, so the filling has a baklava vibe to it. They are at the Stonestown farmers market on Sunday and I think they had a brick and mortar in Sausalito that is now closed.