We had our Christmas Eve dinner at this new-ish Korean from the Her Name Han people. My sister & BIL wanted Korean food (which they said is not well represented in NOLA, where they live), but H can’t eat a lot of the ingredients in Korean food, so I reached out to the restaurant to see whether they could modify any of their dishes to accommodate him, and yes! They prepared the soft shell crab and the bulgogi without onion or garlic.

Everything I had was very good, especially the Dolsot Al-Bap, which is what got me in the door in the first place. Roe, uni, egg and rice in a hot stone bowl? Yes, please. Beautiful crunch to the rice, nice, light flavor (not as fishy or salty as it could have been, if it were less good). And the server asked whether anyone wanted to take a picture before she mixed it up. LOL, also yes! 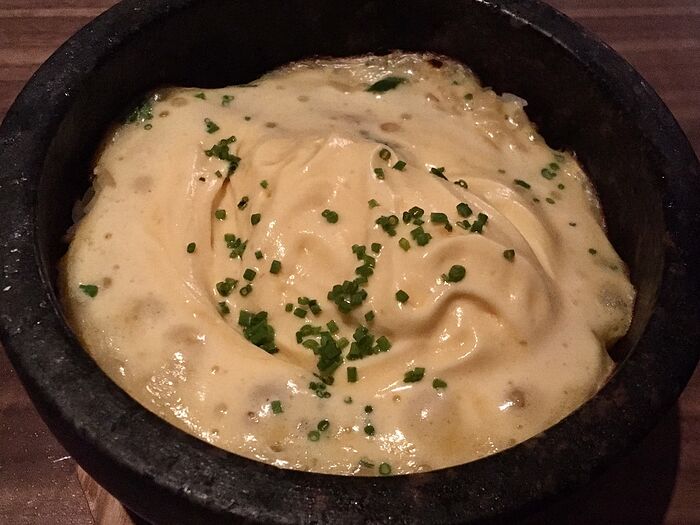 The aforementioned soft shell crab. The body was a lot meatier and more flavorful than the legs, which just tasted like fry. 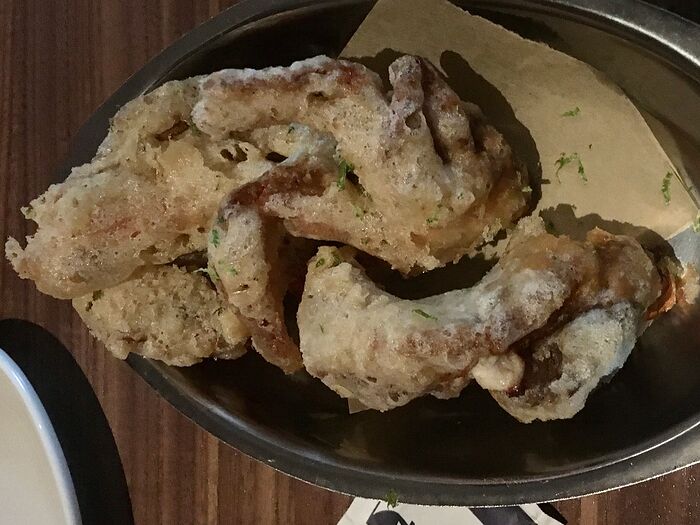 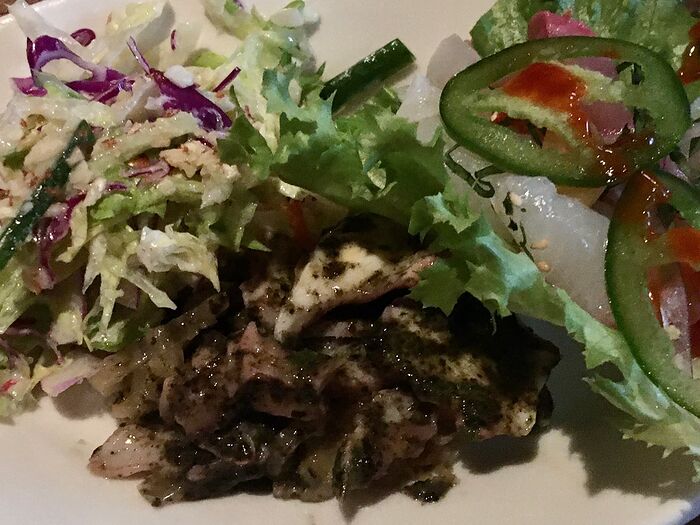 Eel and eggplant, which looked exactly the same! Until you bit, you didn’t know which was which. 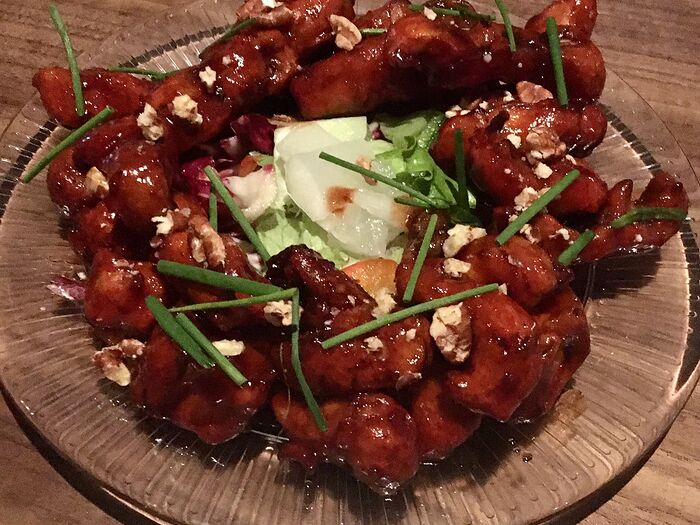 And a drink called Gochugaru, which was spicy, obviously, hence the name. 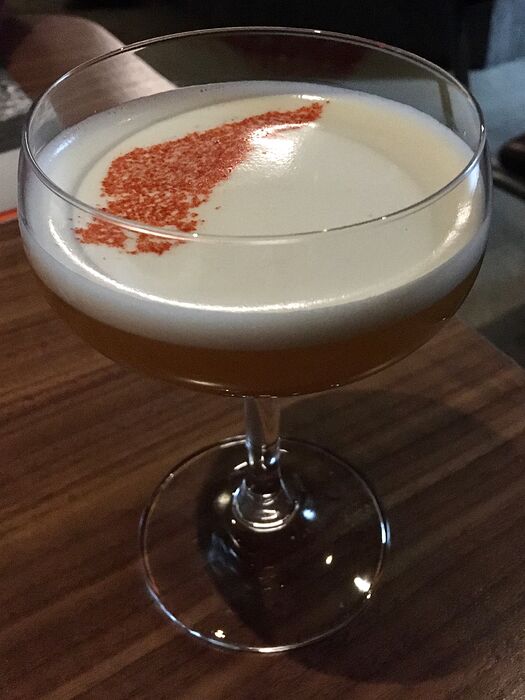 The only dish I wouldn’t recommend is the dessert we had, a shave ice, which was refreshing but dull. Service was friendly and efficient, and a little too heavy on the upsell. The two “must order” dishes, according to our server, were among the most expensive on the menu. And like any restaurant that offers “shareable” food, this one suggested that we order more dishes than our instinct told us to. 6 dishes for four people was plenty.