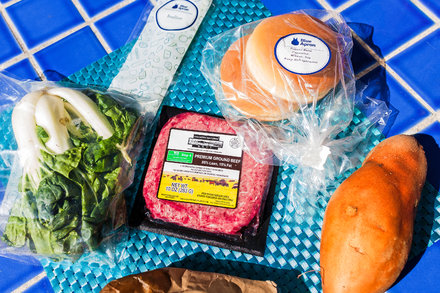 It’s Dinner in a Box. But Are Meal Delivery Kits Cooking?

Meal kit delivery is growing. Many chefs and cookbook authors who have tried it are pleasantly surprised.

“In the span of a few short years, more than 100 companies have jumped into the meal kit game. Millions of cardboard boxes arrive on urban and rural doorsteps every month, holding everything one needs to cook dinner, down to the rice wine vinegar and panko.”

Personally I find these boxes odd, they take away all the park of cooking I like, the creative part. What do y’all think.

I have been amazed by how many of my friends/acquaintances have signed up. So far, they fall into two distinct groups.

Older women, who live primarily alone, and found that regular grocery shopping required them to buy far more food than they could eat. Sure, you can eat leftovers, but how many consecutive dates does anyone who likes food want to eat the same thing? They also enjoy the variety of cuisines and flavors available, especially those that live in areas of the country where anything besides “American” food is simply not available.

The other group are young families who have relied on takeout and restaurant foods to make everyday eating possible. These boxes are expensive, but far less money than either of the other two options. Plus they believe that they are teaching their kids that you can prepare food at home, albeit with some preparation “cheats.”

I want to be negative . But I see nothing wrong with it . I would never use it . It could help people who have never cooked in their livesto turn on the stove for the first time and help them with the basics . Also good for people who are unable to make it to the grocery store .

This has come up in our WFD group on Fb, too. I see nothing wrong with it, if one has no time to shop & enough money to waste.

Painting by numbers, as one member called it. If it helps get decent meals on your table – knock yourself out.

I usually have enough time (or at least plan ahead), and mos def not the cash to fork out for that kinda service.

I totally agree. The creative part is gone. I also happen to like shopping for the ingredients.

What is this FB group?

Something I started when CH went down the turlet - pretty much the same as WFD on here (What’s for dinner).

I actually think they are good - assuming that I am not mistaken what they are. People don’t have to worry about buying the correct ingredients in the correct portions. They just need to focus on the food prep and cooking part, which is great for learning.

I have very recently bought a couple of felt wool kits. I haven’t started them yet, but I consider them to be very useful in getting my feet wet. 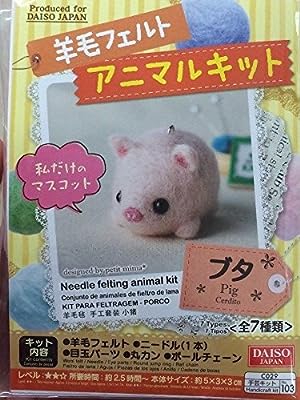 I really enjoy the mechanical side of cooking – the mixing, stirring, tending – and that includes measuring or chopping, but It wouldn’t bother me to be hand-delivered everything to assemble (okay, I might miss the chopping).

I also enjoy the creative side of cooking, but most of what I cook during any given month I have known how to cook for years, and most of it is really very simple, with few ingredients. Fortunately, I live in a country where buying one carrot or tomato or 2 eggs or 4 tablespoons of butter is quite easy, but if I lived somewhere that made it impossble to do that, and I ended up throwing food away all the time, then cooking kits might be an answer.

I’d probably most object to all the packaging.

My sister and hers have tried Blue Apron a number of times. They have been using Groupon to buy two meals a week, and they are extremely pleased with it. She said the meals are very tasty and it is food that they can have on the table very quickly on nights with practices and meetings and PTA when they might end up stopping for fast food.

It’s working for them.

Just wanted to add that the New York Times article is the first time I’ve come across the use of the word “precurated”:

The delivery of precurated ingredients is not going away, he and others say.

Oh do they? Isn’t “precurated” a bit redundant? Or is it that “curated” is no longer quite pretentious enough?

I was also struck by this in the article:

On a deeper level, relinquishing so much to a company guts the essence of what it means to cook, said Laura Shapiro, a culinary historian who writes about modern cooking in the United States.

“Eating the food cooked by your own hand from your own family and traditions are the things that constitute our emotional life with food,” she said. “I can’t imagine we are going to look back and say, ‘Oh remember that Blue Apron Burmese curry we used to have on Thursdays?’ It’s not the same. It’s not ours. It doesn’t have our family sentiments behind it.”

Never met a “culinary historian” but do they ordinarily have such limited imagination (or powers of observation)?. What makes people attach to a tradition is the ritual and repetition involved. It’s the Thursday-ness of it, or Thanksgiving. Occasionally, sure, it’s Aunt Sue’s currant jam that you can’t buy in a store, or Mom’s Spaghetti Sauce or Dad’s Hummus, with that special zing. But plenty of people grow up having fond memories of Friday night take out pizza, or Saturday night Chinese or any number of “pre curated” meals that arrive into the home. Interesting to me that some of the meal kits are regional foods shipped to people who’ve moved away, who apparently are looking for a taste of “home.”

One thing noted in the article is that the meal kits eliminate the sociability of the market – but for most English-speaking shoppers there is really not much socialibity in a typical urban or suburban supermarket.

No one has mentioned that for people who have mobility problems (or just don’t drive anymore), these can be a wonderful alternative.

Obviously youve never shopped in my suburban supermarket…there’s so much sociability there that sometimes I wonder if I’m ever going to get out of the store.

Incidentally, a Carrefour or Auchan is at least as big as any Anglophone supermarket, and many are bigger, even if there’s not a word of English to be heard.

But these kits arent a big tarnish on that…people who are short on time or mobility have other priorities, and lots of people are shopping for social events outside the supermarket.

As much as I love my community, sometimes I just want to get in and get out.

Obviously youve never shopped in my suburban supermarket…there’s so much sociability there that sometimes I wonder if I’m ever going to get out of the store.

The trick is to find out which day the senior living centers bring their residents in by van, and shop on a different day.

I find a bigger problem is what I’ve termed “amateur shoppers”. They stop their carts in the middle of the aisle (rather than to one side), or even worse, crosswise! They don’t start taking their money out until everything is rung up. Etc.

A few times with those, and meal kits start to sound pretty good.

The smallest amount of butter I can buy is one stick/8T but beyond that I can get onesies of just about anything.

Agree about the packaging which I bet they’re having to address.

the meal kits eliminate the sociability of the market

“Sociability”??? Really??? I wonder where they shop.

For myself and my husband, it makes little sense to subscribe to a meal kit service. It’s easy and convenient enough for me to shop for what I need, and my well-stocked pantry has virtually any seasoning/spice/condiment I’d ever need.

That said, my adult kids both live in Manhattan and for them it’s a great idea. Grocery shopping in NYC is really cumbersome and expensive. With no car, they’re limited to what they can carry, so that means having to shop frequently. And with kitchens the size of a postage stamp, there’s no room for pantry staples. With these food kits, they get exactly the right amount of ingredients, they can choose from a wonderful selection of meals, and there are no leftovers to deal with. And it’s more economical than eating out or ordering in, which they do on the nights there are no meal kits.

Where I shop and some of those are national chains I find it quite “sociable.” But a born over-communicator so it’s easy

I lived in an American suburb for 10 years and shopped in the supermarkets. Maybe you are the one who needs to get out to a different neighborhood and market.

“Sociability”??? Really??? I wonder where they shop.

I don’t know, you’d need to go to the people connected with the article.