Any non-salted good Xiao-Xing/Shaoxing rice wine to be had in Seattle-Olympia corridor?

I’m moving to the Olympia area from Indiana for the rest of 2020, and I want to take the opportunity to dive into Viet/Thai and some Chinese cooking while here. One thing I’ve never been able to find in Midwest is unsalted Shaoxing wine. Wine stores there lack it for lack of local demand; Asian grocers lack it due to American alcohol laws and licensing hurdles.

Thanks in advance for any tips.

I don’t live in Olympia, but I do imagine they have an Asian or International market. Tacoma has a plethora of all types.

My two favorites are Paldo World, and East Asia Market. Paldo world is Korean, but has lots of other stuff, and is a very clean store. It’s on South Tacoma Way.
East Asia market, is an old building, not so clean, but they have the best prices on everything. They are Viet/Cambodian.

You shouldn’t have any problem with the alcohol content of anything. All liquor is available In grocery stores. Although I don’t recall seeing anything but what would be considered as either cooking wines, sake, plum wines, and the like. It’s possible they have some hard liquors from Asia in the front area behind the counters where luxury items are kept.

Meant to say that East Asia Market is on East 38th, in Tacoma. If you make the trek to Tacoma, you will want to avoid shift change times at JBLM, which is Joint Base Lewis McCord. 9-1 pm would be pretty safe in avoiding what can be bad traffic.

Though I don’t live in the Seattle area, I know that there is a 99 Ranch market up there, which is the same store chain from which I get unsalted Shao Xing wine, down here in the SF bay area. I suspect the Seattle area is rich in Asian markets, but 99 Ranch is Chinese owned and is strongest in Chinese items (vs Korean, Thai, Vietnamese, etc). I’ve gotten Pagoda and Kuaijishan brand Shao Xings there, and I think there are other brands too.
But something to watch out for is that they sometimes stock the unsalted Shao Xing over in the section with the other alcohols, not in the condiments aisle. I nearly had a melt-down last shopping trip when I couldn’t find the unsalted version in the condiments section and only thought to check the alcohol aisle at the last minute. Maybe this is a new change, since I don’t remember it being with the alcohols before, but no matter as long as they carry it!
Good hunting!

Love the 99 Ranch Market! It would be my preferred place if I lived closer, but I do get there sometimes.

There’s also Uwajimaya, which has a couple of locations, one in the International District in Seattle, and another in Renton, a nearby suburb. There may be more, I don’t know. Although it’s Japanese, the Seattle store has provisions from other places afar, absolutely gorgeous produce, and, as you can imagine, is sparkling clean. It’s also $$$$.

Also, in case you don’t already know, Olympia has a fabulous farmer’s market which is open until early December. Not entirely sure about this strange year, however.

Wow, I’ve never even seen salted Shaoxing wine. I’m far from Olympia, and far from a Ranch market, but we have a similar store here in N Cal, and they have many Shaoxing choices, none salted that I am aware of. 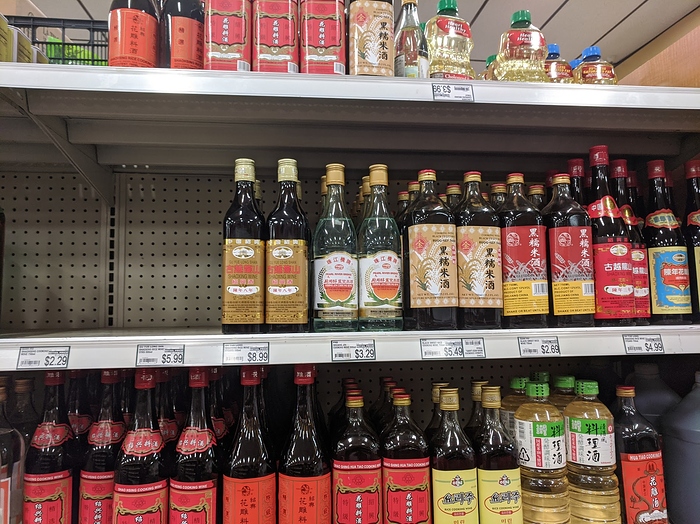 Actually, I think salt is added to many brands of Shao Xing in the USA so that it can be sold as not an alcoholic beverage and avoid alcohol tax and regulations. If you look at ingredients lists and labels, you’ll often see salt listed and verbiage about it being for cooking and not for use a beverage. The same if true for many brands of Mirin which can also be hard to find unsalted.

Okay; thanks! I’m Im famiiar with that practice for “cooking wine”, so I’ll start checking. I did notice the word cooking on some of the bottles in the picture, and I’ve never noticed that before! Thanks for the heads-up!

This is the one I use, and the label is in English 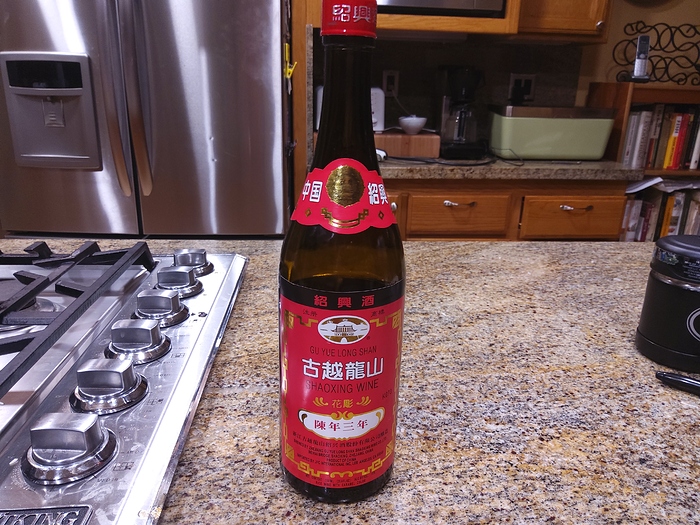 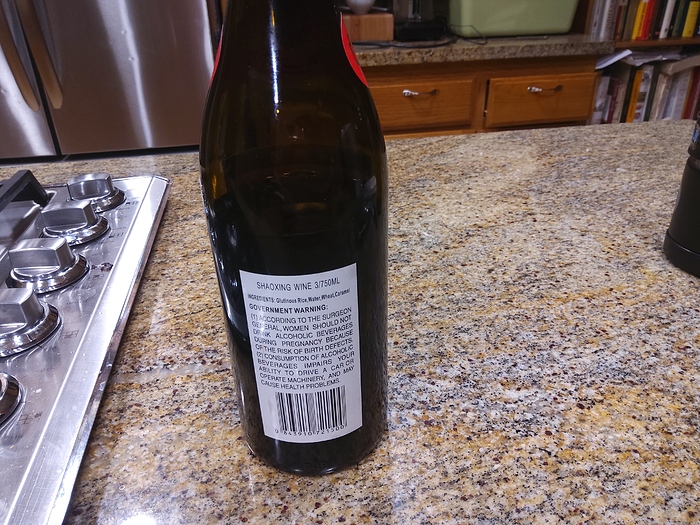 Or sometimes this one. 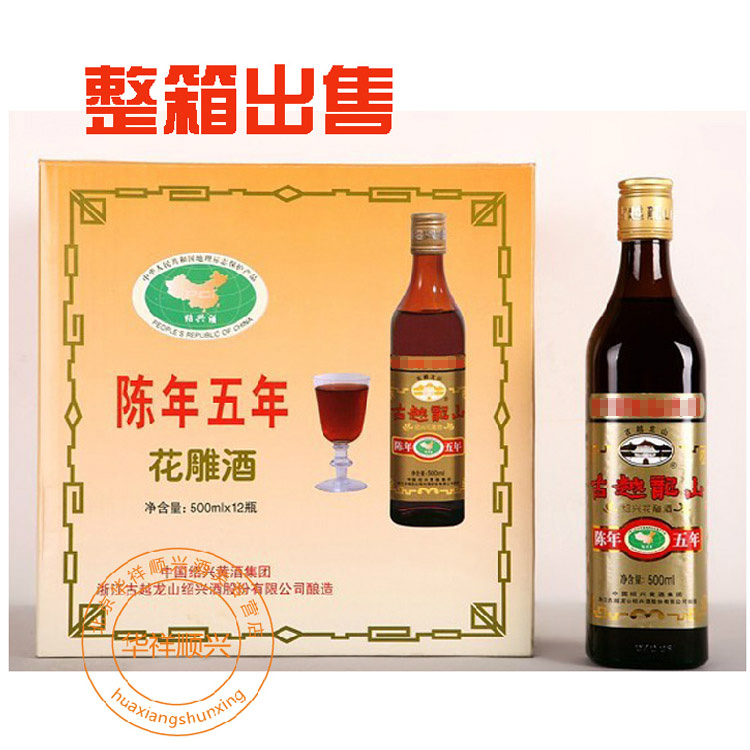 i would love to see a shopping guide. I think I’ve seen one before.

Here’s one. Woks of Life says they use the salted for cooking! 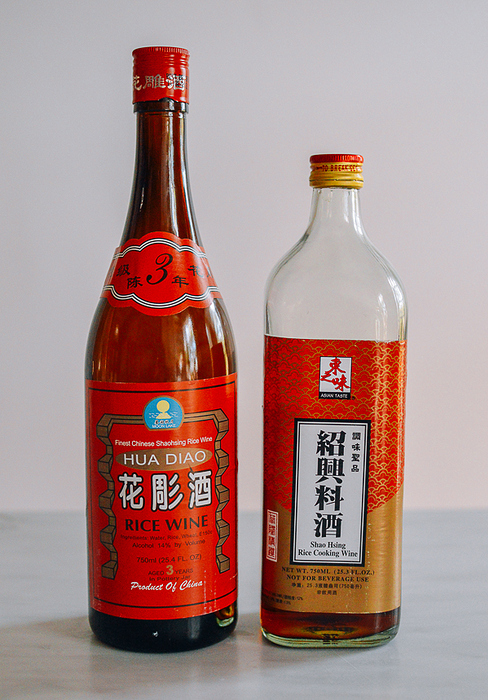 Shaoxing wine is one of the most commonly used, key ingredients in Chinese cooking. Find out more about what it is, how it's used, where to buy it and more.

This one says avoid the salted ones.

Several people have inquired in the past month about Shaoxing rice wine, a commonly used Chinese ingredient that I frequently reach for when making Asian dumplings. The questions asked include: (1) Where do I buy the rice wine? (2) Where is it... 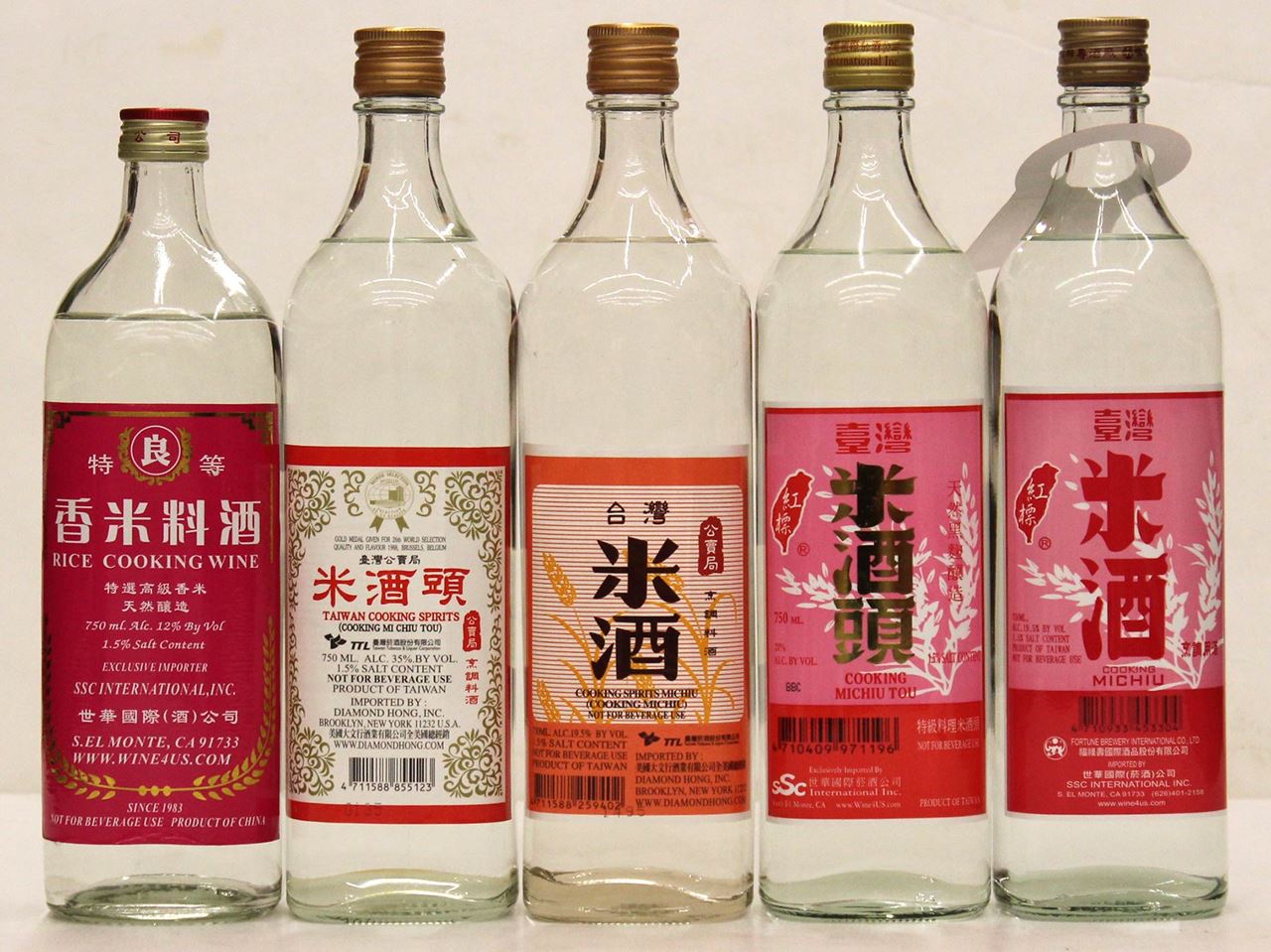 Looks like you’ve got an unsalted good one there! I think we are very lucky in the breadth of asian cooking ingredients available in many parts of California.

Agreed. I think the PNW is well endowed too.

I ended up going 20 miles to Paldo World in Lakewood, South of Tacoma, I think. Very nice and big place. I only found (among the wines and Sakes) a ceramic style 1.5ltr. jug of Pagoda Brand Shao Xing. Looks like the real thing, but the labeling is pretty much all Chinese. I didn’t see any glass bottles of salt-free Shao Xing.