Another one bites the dust, Houston 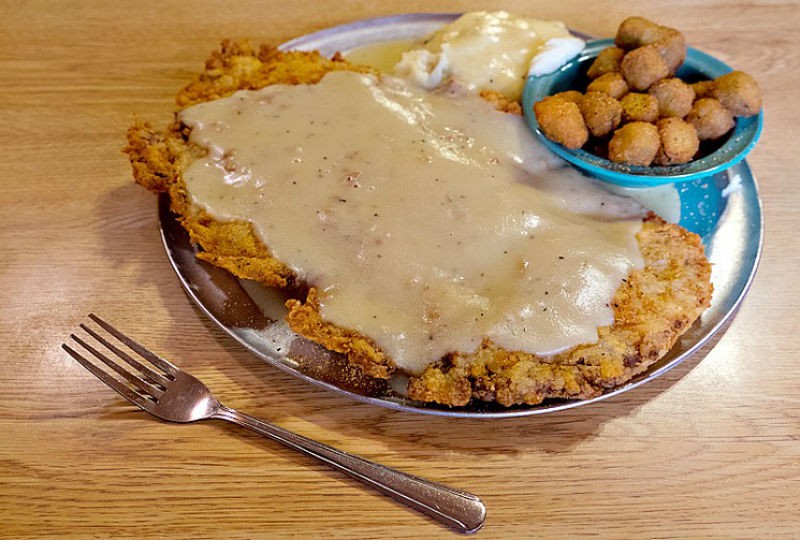 The other day, a post popped up in my Facebook timeline discussing the weirdness that is restaurants closing out of the blue, with neither a word of warning for their customers or their employees. That sort of thing is always a bummer because it...

Another assault by the hipsterfication of the inner loop.

They’re also doing a full frontal assault with flanking movements in my hood of Spring Branch including a craft beer place in a very nondescript strip center.

I caught both these stories this week. The last time I went to Hickory Hollow I ordered the CFC for the first time. When it came only with the chicken gravy I like with the hot tots ( jalapeno spiked potato balls), I went back to the counter to fetch some cream gravy. With a sigh born of answering the question for the millionth time, they said they don’t serve cream gravy. Okay, I guess. Anyway, it was good and I’ll miss the hot tots. Still another location in N. Houston for a while, though the 70 year old owner has been running the place for 50 years and seems ready to quit, hard to blame him.

The craft beer place is a bit more perplexing. Spring Branch is the new area for development though, clearly. Property values are on the rise and it didn’t flood in Harvey. Bonus points.

I went back to the counter to fetch some cream gravy.

You had the famous Texas River Bottom Gravy, I’m no big gravy person so the lack of cream gravy isn’t a deal killer. I like mine on the side and only dip a few hunks of meat in it.

They might be onto something with the craft beer bar, I’ve driven by 3 or 4 times and there’s always people in it and Thursday night at 930 it was downright crowded with women outnumbering men. The rent should be good as that space has been vacant forever.

Yes no flooding in Spring Branch during Tropical Storm Harvey, heck we only got 31 inches.

The weather nerd in me causes me to call it a tropical storm because that’s what it was and just barely but obviously with max++++ rainfall.

Rockport was flattened by a strengthening category 4 not Houston but Harvey has become a hurricane by the media and most residents.

Rant over and the Wifeacita has heard it too many times so I’ll be silent now.

The weather nerd in me causes me to call it a tropical storm because that’s what it was and just barely but obviously with max++++ rainfall.

Just across I-10 from Spring Branch, I don’t care what you call it when the rainfall was 51 inches and then they released the dams onto homes far and wide. While we were spared, through the grace of the flood control people, I mourn the loss of many friends’ homes and lives. I guess my bad day is now extending to the first anniversary of the intentional flooding of homes here in Houston. So. Much. Misery.

It’s not over, every day I push back customer’s orders because their homes still aren’t ready.

This time it’s Luby’s on 290 and W. Tidwell. I was going for my rectangular fish fix and what the… Me thinks the 290 roadway destruction might have had something to do with it.

I had to go to Hempstead so I stopped at the 290 /1960 location and they were doing a thriving business with several dishes being replenished, everything looked really fresh.

They’d run out of fish but in less than 5 minutes I had a fresh, fat hunk delivered to my table.

Oh yeah, avoid 290 at all costs unless you have to use it, they’re never going to finish it.

they’re never going to finish it.

Same words I uttered while on the Gulf Freeway last week. And that is literally the truth. It’s been going on all 45 years I’ve been around these parts.

Same words I uttered while on the Gulf Freeway last week. And that is literally the truth. It’s been going on all 45 years I’ve been around these parts.

Circa 1984 and long before Al Gore invented the internet, we used to read newspapers. And one of the local rags, (I wanna say it was the Post, but it might have been the Chronicle) carried a Sunday insert in magazine format call “Texas”.

It was a state-centric version of the other insert called “Parade”.

Anyway one Sunday, the inside cover of the Texas had a “Texas Quiz” and I can only remember one specific question that was posed mainly due to it’s prescient answer.

It was just a silly time waster at the time, but darned if isn’t as true today as it was 36 years ago and I tell that story to whomever is within earshot every time I navigate those construction cones.

Same words I uttered while on the Gulf Freeway

We don’t take the Gulf Freeway to Galveston but take 288 to get to Red Snapper Inn in Surfside for the requisite oyster and shrimp po boys, 11-2 only, then the scenic route to Galveston paralleling the beach. 288 has gotten really bad with destruction but not in the Gulf Freeway class. By the way it drives me nuts when people call it the Golf Freeway, especially traffic reporters.

Last year after a feeding excursion that lasted the better part of a week I rolled the dice and took the Golf Freeway back. It worked relatively well until we got near downtown with the exit to 59 blocked and we were trapped in a huge traffic jam with no chance of getting off and cutting through downtown.

It wasn’t too bad. We got home a week later.

but it might have been the Chronicle) carried a Sunday insert in magazine format call “Texas”.

I remember those inserts and would look forward to reading them after the all important sports section for scores and the fishing report.

They had three outdoors columnists at the Chronicle until Al Gore effectively killed off the newspapers.

It seems that the Fondren Luby’s has shuttered since it’s no longer on the website. Please don’t close the 34th street location forcing me to 1960 for a rectangular fish fix. 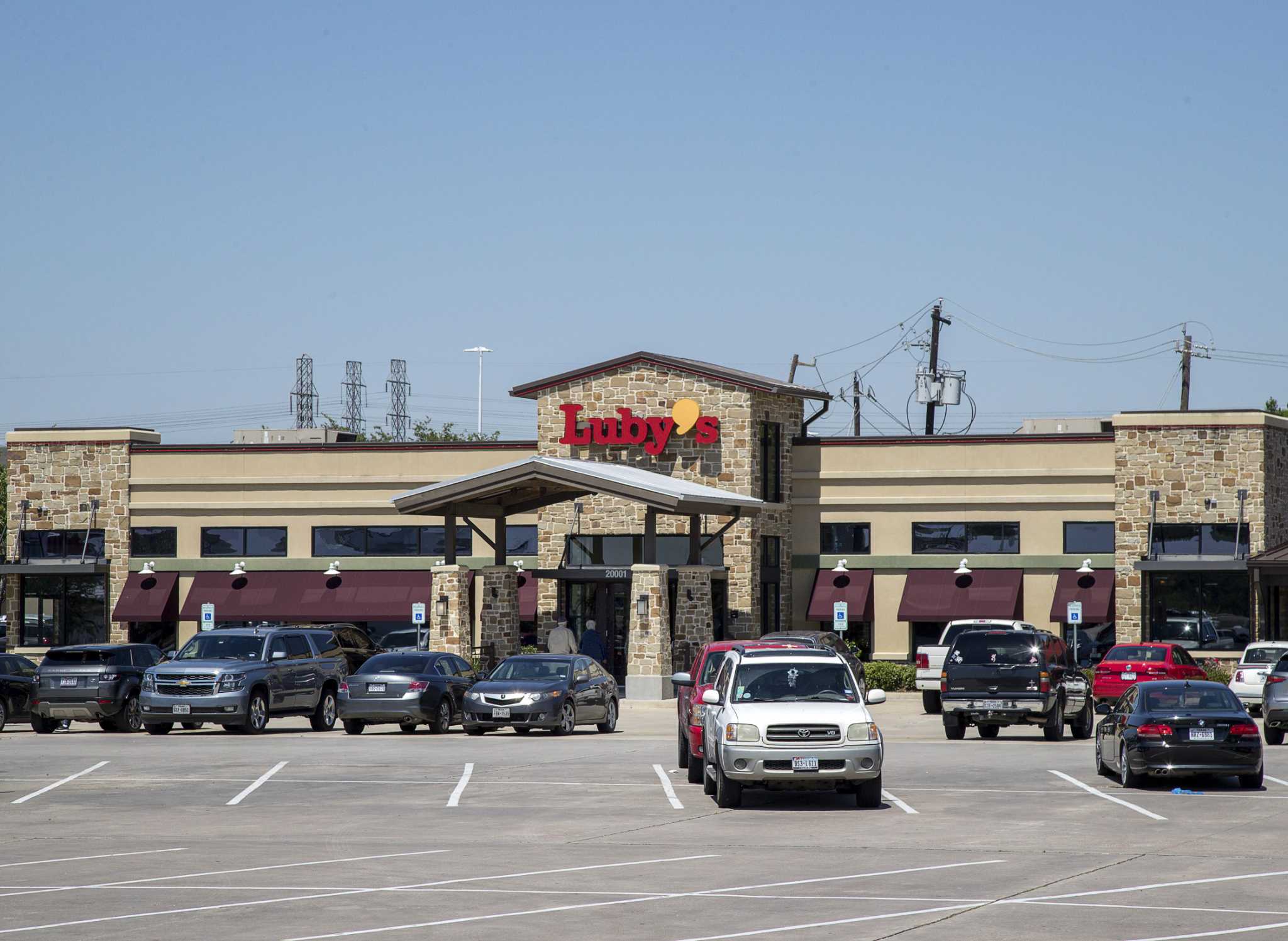 Luby’s plans to close even more locations amid lagging sales

Luby's has shuttered eight restaurants since May to shore up debt amid lackluster sales.

This is so baffling. These are the formidable Pappas family, not new to the business and one of Houston’s biggest success stories. So WTH don’t they just fix it instead of closing? Just ask the customers, they know why it’s failing. They can’t be that blind.