I found myself with a free morning so I went over to Andes Cafe for brunch. It’s been on my wish list for a long time and I know some of you have been. I went for the tequenos, a treat of my youth.

The restaurant is on the bottom floor of what appears to be an old government building housing an office of the Texas Attorney General on the corner of Navigation and Canal Street. The paint on the outside is fun. 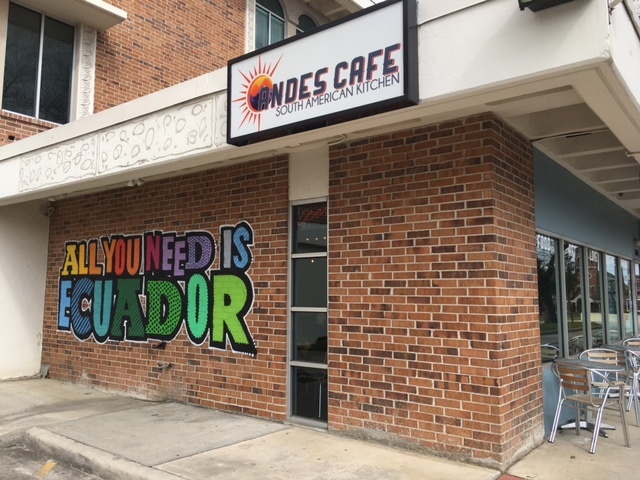 The tequenos were similar to those of my youth in Venezuela only in shape. Instead of a crispy sweetish fried pastry it had a flat breadlike wrapper. Instead of stringy salty white cheese, they were stuffed with a dry stretchless cheese such as a cotija. Not bad, just not what I hoped for. The green sauce was spicy and tangy and delicious. 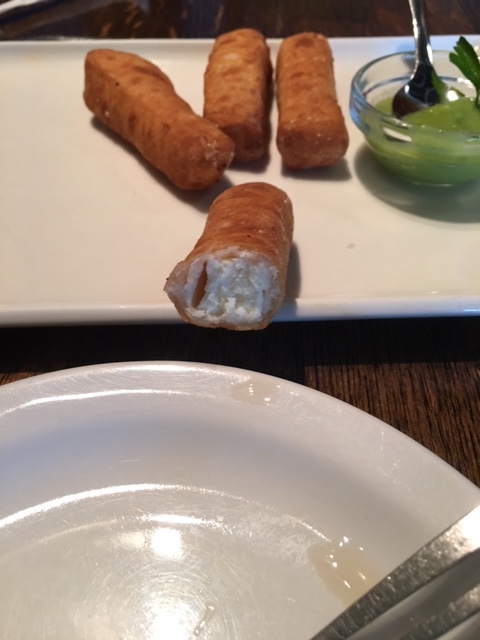 The brunch menu has both eggs and sandwiches and such. I ordered the Huevos con Tomate which is exactly as it sounds. The tomatoes had some herbs but the whole dish lacked salt and pepper which I had to ask for. It came with a crackly french bread roll with a soft center. Those eggs came screaming hot in this cast iron pan. I started with a tiny bit of egg white and nearly screeched. This is a happy thing for me though since I want my food to be hot, it’s sort of a pet peeve. Two thumbs up for prompt service. 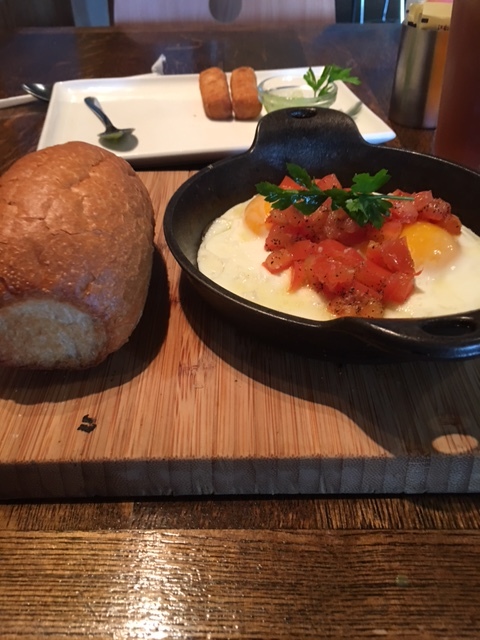 I loved the space and I will definitely grab some people and go back again. They have happy hour pricing on drinks and dishes too it seems, wine and beer only.

On the way back, I stopped at the big HEB on Bunker Hill for chicken enchilada fixins. YA’LL, I can’t believe it’s Thanksgiving again already! Or so it seemed! EVERY. SINGLE. SPACE. full. But I got some fresh-made-this-morning corn tortillas, a roasted chicken and a pound of American cheese from the deli. I’ll be pickin’ chickin this afternoon.

Glad that you liked it. I just happened to see yesterday they have a new menu. I could identify a lot of the old dishes from other places I’ve eaten but I don’t recognize a lot of these new dishes.