American cheese - the view from the eastern side of the Atlantic 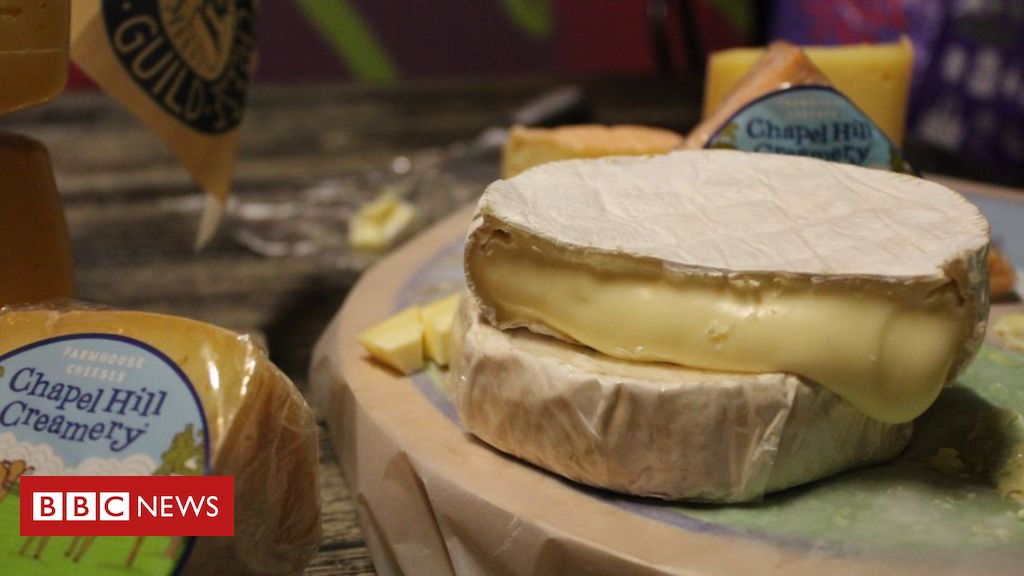 Is American cheese really that bad?

Plastic, orange and tasteless? Why a revolution in the US is trying to tell the world there's more to its cheese.

FWIW, I’ve eaten excellent Vermont cheeses on two occasions. Mombo in Portsmouth, NH and Hen of the Wood in Burlington, VT, both keep an excellent selection, serving them properly at room temperature. And serving them in the European tradition, at the end of the meal (although Hen of the Wood also offers them as a starter in the American tradition).

There are a number of good cheeses here in the US. The transportation and tariff costs are apparently a big deal. I’d think refrigerated containers by sea would be reasonable so tariffs…? Now Kraft American pasteurized cheese food is not food much less cheese.

It’s sad. even ironic, that an industrial product would have captured the name “American cheese”. So many areas make iconic cheese, from Amish farmstead through New England, the Great Lakes area, California’s gold medal artisan cheese and more. Cow, goat and sheep all exceptional. When we are at table in Europe, conversation often turns to foods, and America’s wide and vast cheese production is something that many Europeans are not aware of unless they have visited here and eaten well,

unless they have visited here and eaten well,

We are a fairly foody family and I’ve mentioned the good cheeses I’ve eaten in the States and been met with blank looks even from those who also regularly holiday there. It is, I think, the “eaten well” that is the relevent phase. The two restaurants I mention in the OP are both relatively upmarket and, in our travels, cheese is just something we rarely see on menus.

By comparison, almost every neighbourhood bistro in the UK is going to carry a selection as an alternative to dessert. For example, one of our regularly visited local places currently offers Ticklemore (semi hard goats cheese, UK), Gubbeen (semi soft Irish cows), Cornish Gouda and Crozier (blue sheeps milk, UK).

Indeed. We personally find grocery, specialty providers and street markets as interesting as fine arts museums, so we tend to acquaint ourselves with local products when we travel. For better or worse, in the US, there are now farmer’s markets that have become destinations, eg San Francisco’s Ferry Plaza, and while not quintessential of our consumption, they do introduce visitors to a level and variety of product they might not otherwise be aware of.

One of DH’s favorite stories involves a dinner we shared with a multi-generational French family at a chambre d’hote near Anduze. The grandfather had worked for IBM in NYC and was totally bilingual, the others not so much. The conversation, mostly in French, turned to fromage. One man turned to me and said, "Ah, yes, you people have American cheese. I suddenly found my tongue and started rattling on about the wide variety of excellent craftsman cheeses we had. The grandfather turned to my husband and said, “Ah, she does speak French!”

“Ah, she does speak French!”

How do you improve the command of English by the French? Butcher their language. grin

Do they sell a lot of “American cheese” processed food product in the UK? Who is the market for it there?

Do they sell a lot of “American cheese” processed food product in the UK? Who is the market for it there?

There’s certainly a market that’s fulfilled by Dairylea (part of Kraft), although most thinly sliced cheese sold in my usual supermarket are from named cheeses - often Dutch. I buy sliced Leerdammer on occasions when I fancy a Dutch breakfast (with ham and bread). I’d say Dairylea’s products are mainly marketed as children’s food. Their production facility is in Belgium. 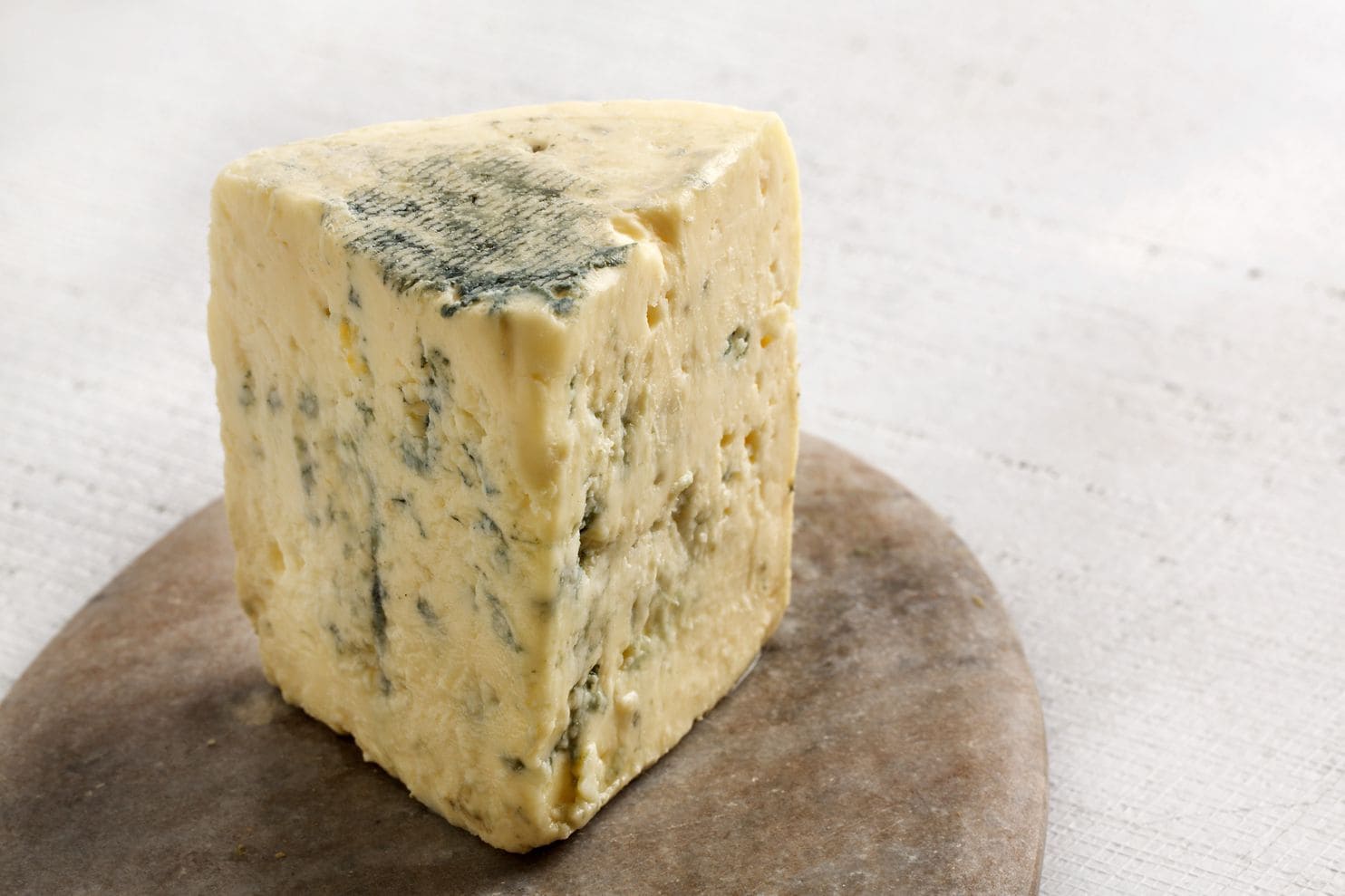 How good has U.S. cheese become? Good enough to worry the Italians.

At an international festival, three cheeses from America make a splash against Parmigiano Reggiano. The response: ‘This should be a warning to the Italian people.’

Interesting ! I clicked on this wondering if you really meant “American Cheese”, and not guessing you might have meant cheese from “America”, which might mean USA. I understand even things labeled “American Cheese” vary greatly.

When I think of the various cheese sections in the stores I frequent, I cannot recall seeing “American Cheese”, although I’m sure its there, as are various “processed cheese foods”. All the other options, in various sections of the store ( i.e. deli, “dairy”, “artisan” ; not real!y labeled that way, but its with the olive bar, “Mexican”) seem to make up the bulk of the cheeses offered.

At the same time, I only see cheeses offered after the meal at the “table cloth” p!aces I go to. Not at the Thai, Vietnamese, or Mexican places I go to during the week.

Kraft American singles. The only cheese going on my burgers.

Okay… Not sure exactly what you are responding to. I’m supposed to be reading about responding to assua!time young people!e at work.

ETA I think you mean you know what you mean by American cheese.

I know it goes on “In and Out” burgers here, but that is different from what is on McDonalds burgers and worst still, MacDonald’s filet 'O fish. I hate the taste and feel of what is on McD’s, but In and Out’s version seems okay.

I need my burger medium rare, so dont buy them at fast food places, and on my medium rare burger I prefer a certain sweet blue, I think from from Point Reyes in California. I think its Bay Blue.

But it could be Humboldt Fog. Or maybe Tomales Bay.

Would those be American Cheese?

Going to get some!

It seems that many think of “American cheese” as sliced. interesting., I my mind’s eye it ranges from cheap cheddar to Velveeta. And/but interestingly, I recently mistakenly bought a pound chunk of Vermont cheddar that was sliced. It turned out to be a godsend in that I was using it for a large party-sized pan of mac and cheese, so I had no need to grate, but only crosscut and toss into the pan of sauce.

I’m back, and I was wrong! It was Gorganzola Dolce. 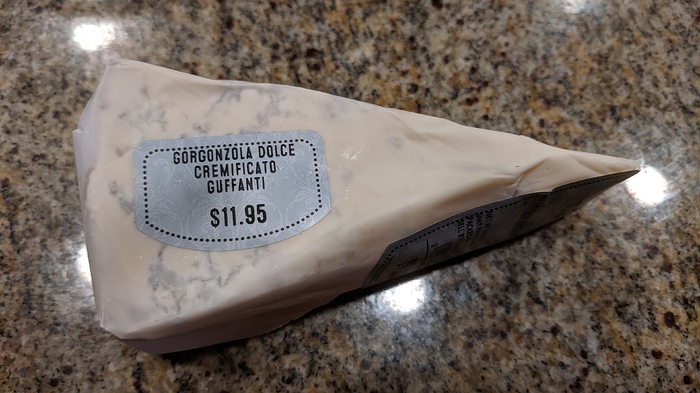 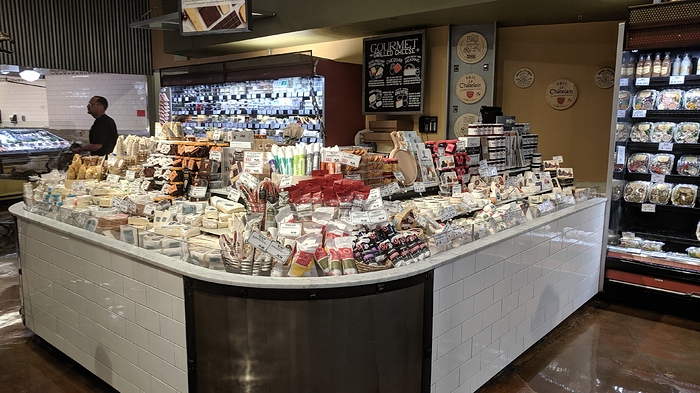 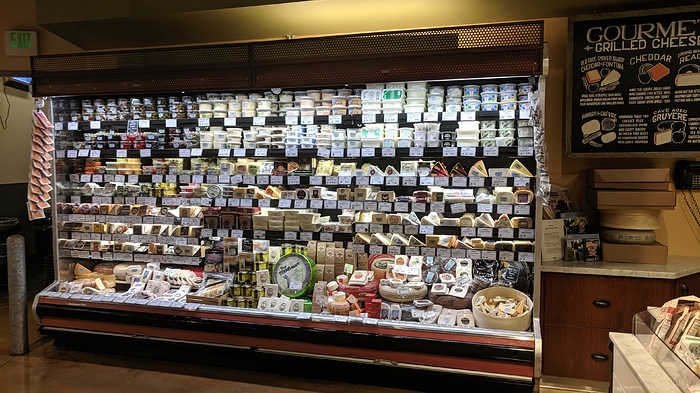 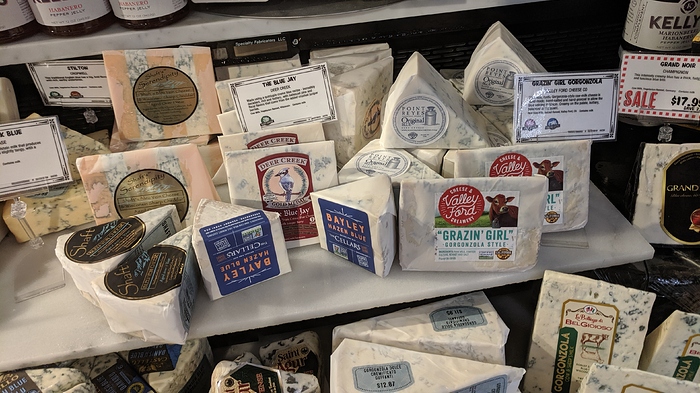 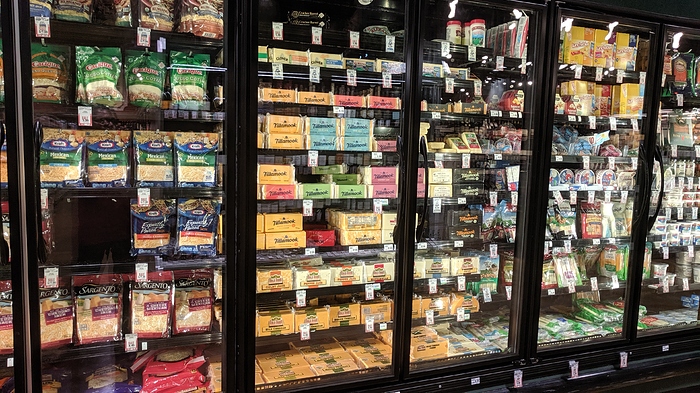 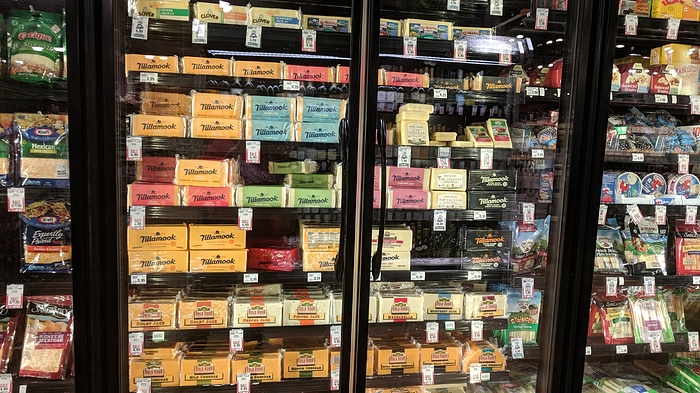 There was another"American cheese" thread that taught me not all “processed cheese” is the same.

From Serious Eats-What is American Cheese?

No .I love the Humboldt fog . . Kraft American.

Yes - I think of the country as America, not the USA. Much in the same way that many Americans (including even some posters here) think of my country as “England”, not the “United Kingdom of Great Britain and Northern Ireland”.

There appears to be some confusion. American cheese is a type of cheese. Generally it is eaten on hamburgers, ham sandwiches, breakfast sandwiches (bacon/sausage,ham,porkroll) etc.

There are tons of crap “cheese food” product (ie not actual cheese in my eyes.) It has to be 51% cheese. Reputable brands like boarshead make real cheese and it is quite good. 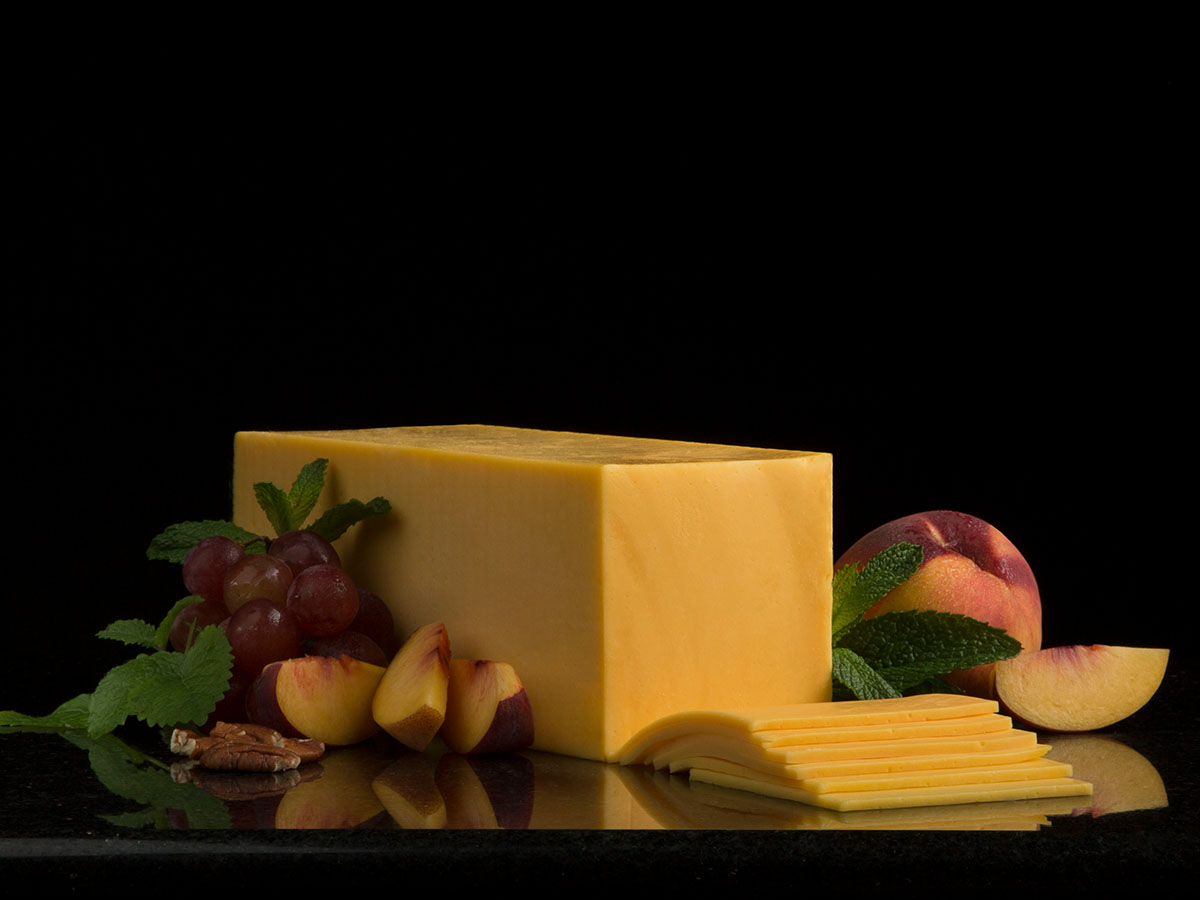 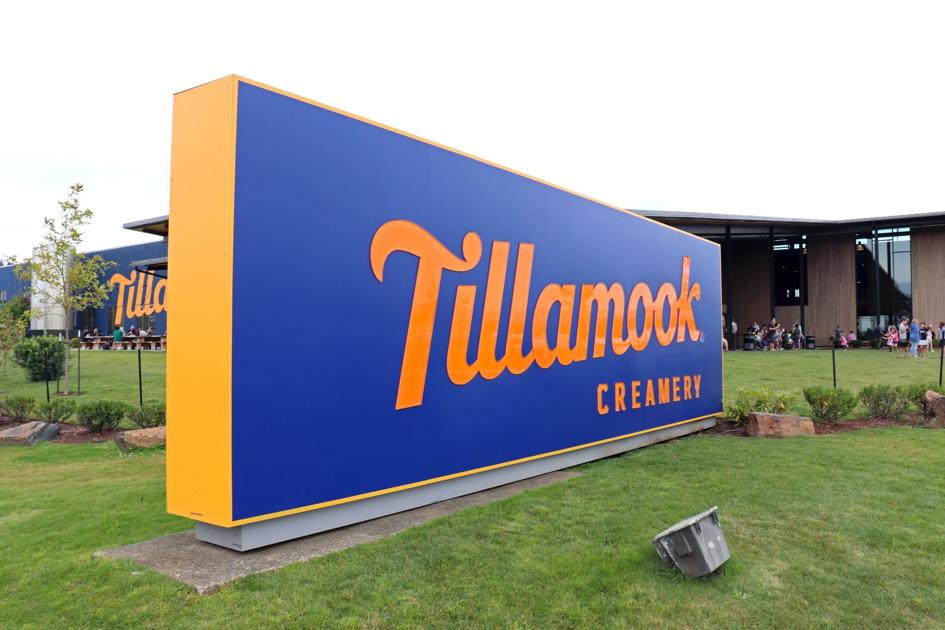 Tillamook is under pressure these days for being less than candid about where their milk is sourced from.
An industrial brand with a “gourmet “ reputation.