Alta: Tiki bars - as much about atmosphere as booze - are back and better than ever. [various California cities] 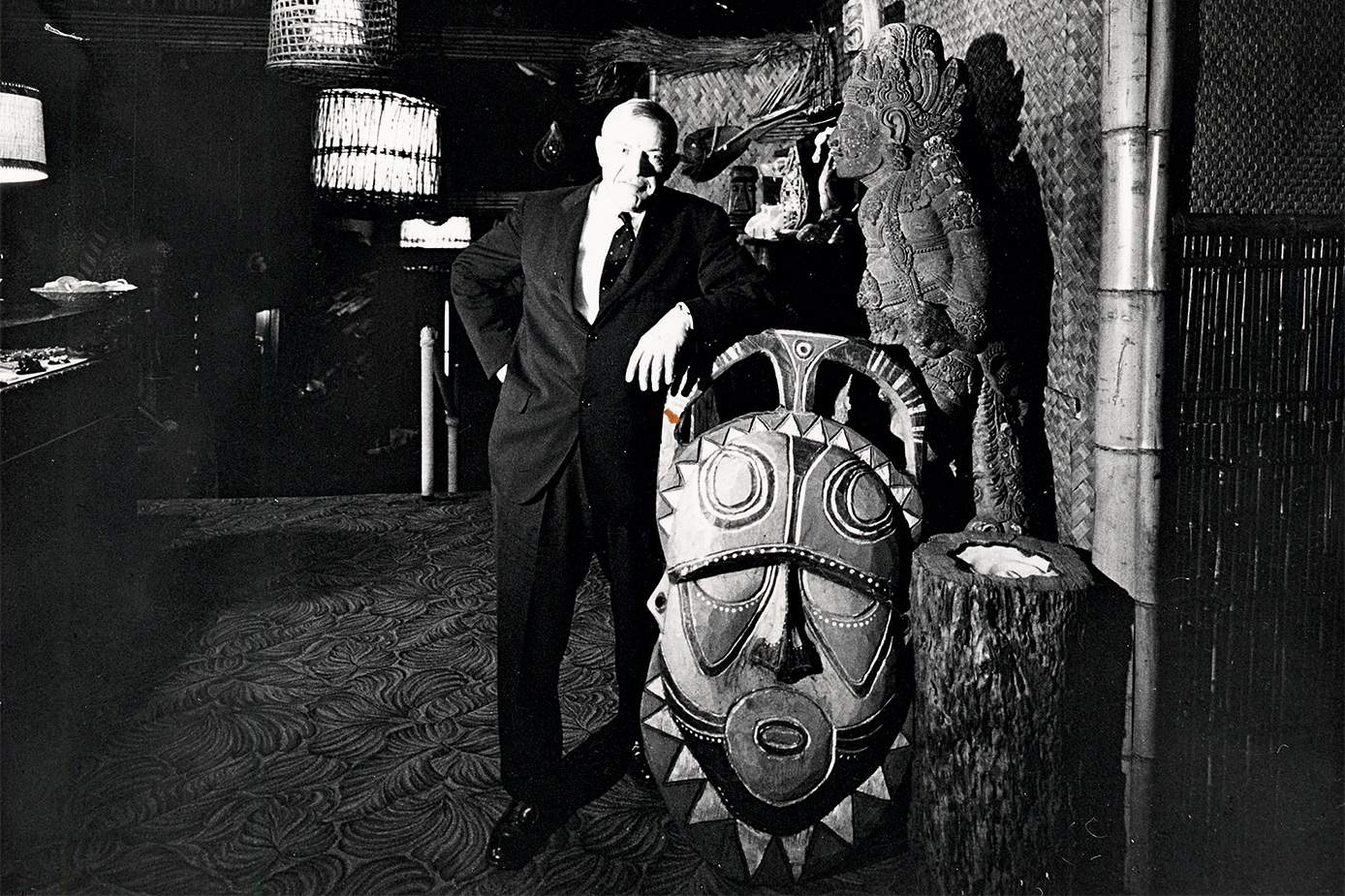 As is the way with many nostalgic pieces of popular culture, the over-the-top style of tiki has been revived as escapist fun. As with most other bars, escape can be found in alcohol. But walking into one of the new tiki bars — or a classic tiki restaurant like Trader Vic’s, which ignited the Bay Area tiki craze in 1934, or the Tonga Room, which originally opened in 1945 with a cruise ship theme­­, the ambiance is the escape.

Tiki bars are designed to transport the visitor to some platonic ideal of paradise — complete with little paper drink umbrellas, of course. It’s not just about throwing tropical bric-a-brac onto the wall — tiki decor is serious business.

A different view from Sarah Burke, former arts writer and editor of the East Bay Express:

The most common answer relies on the logic that because Tiki Bars don’t feign authenticity, they don’t count as cultural appropriation. In his essay, “The Cultures of Tiki,” anthropology professor Scott Lukas cites tiki guides and interviews with tiki aficionados to conclude that tiki culture is a playful theater of inauthenticity in which the set pieces and performances are cultural samples being remixed into something mythical. Those invested in tiki culture are in it for a kitschy cultural fantasy — an imagined lifestyle associated with Jimmy Buffett and piña coladas garnished with tiny umbrellas. And, as Lukas argues, in the same vein as goth and punk, the tiki aesthetic challenges classist notions of “high” and “low” brow culture by celebrating something traditionally garish and distasteful. “The whole point of tiki, as I heard time and time again in many field observations,” he writes, “is to eschew the serious and the conventional and to delight in the campy and the controversial."

But such a dismissal of the obvious appropriative roots of tiki culture requires a willful historical amnesia (the kind on which much of American identity is built). Such logic traces tiki bars only back to Don’s Beachcomber — the first ever tiki bar, opened in Los Angeles in 1933 — and glosses over the Polynesian origins of the imagery. That murkiness is key for constructing the tiki style, rendering the entire South Pacific a platter of stereotypes and aesthetic tropes to choose from.

John Birdsall in the LA Times: 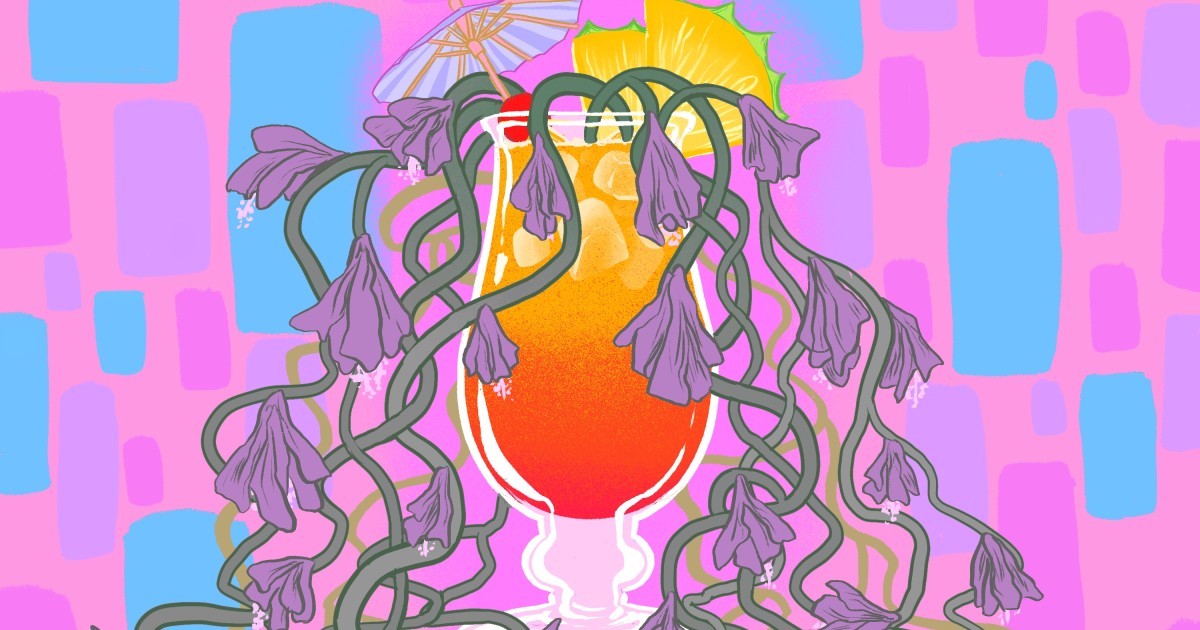 excerpt:
…
Which is not to say that, as pure mixology, tiki hasn’t proven its brilliance. Martin Cate of Smuggler’s Cove in San Francisco, Jeff “Beachbum” Berry of Latitude 29 in New Orleans, as well as tiki’s founding fathers, Bergeron and Donn Beach: Their artistry and advocacy for Caribbean rums has been a powerful source of delight in a world seriously in need of it. Yet this sophisticated culture of drinks has been tethered to a crude imperialist fantasy that has treated the South Pacific as a source of escape.
… 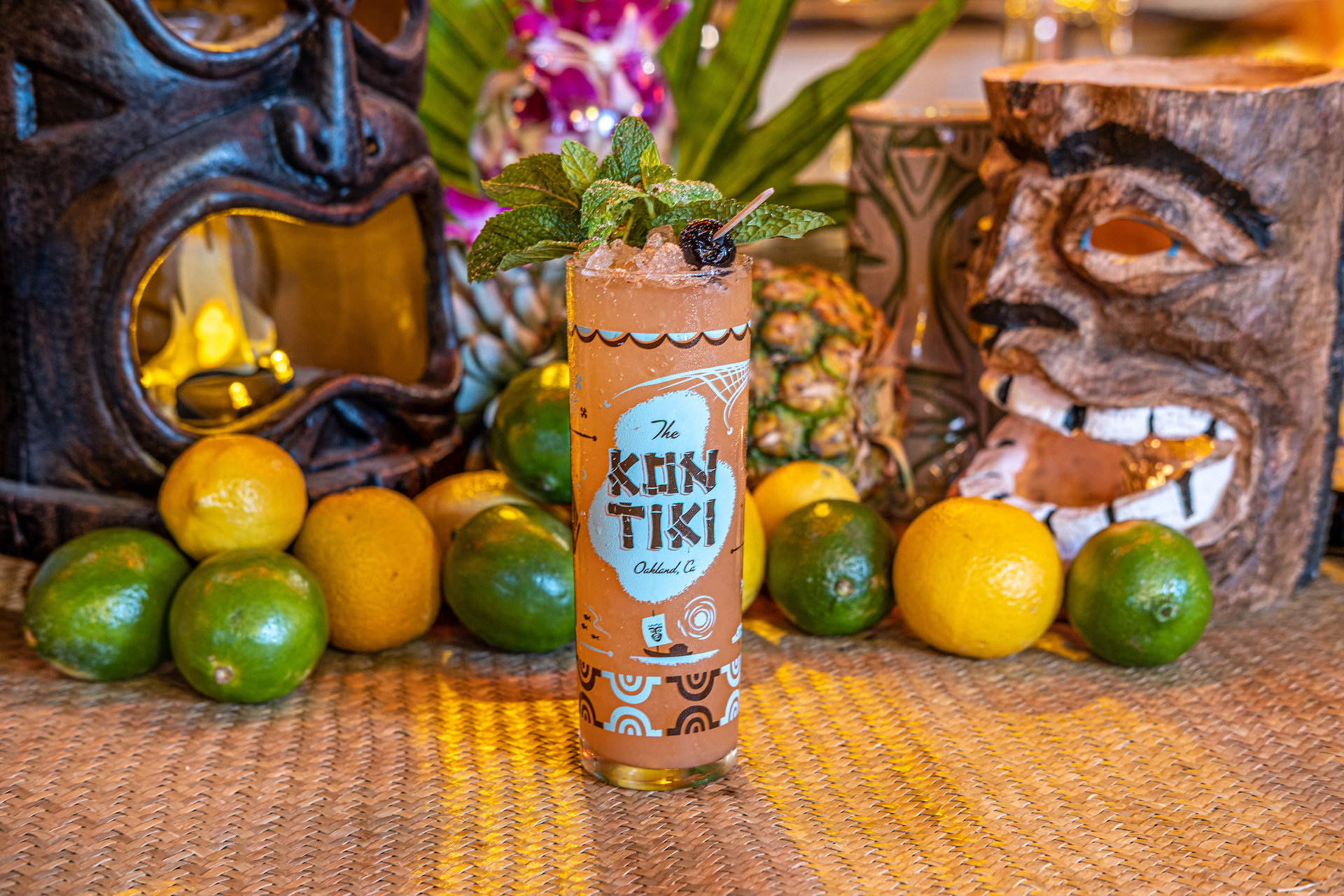 The team behind The Kon-Tiki plans to transform the former Fauna and Flora spaces into a new restaurant that is ‘more nautical than tropical.’

The Kon-Tiki team hopes to open both spaces around late January next year barring any permit issues and the cosmetic fixes that’ll reflect the duo’s somewhat divergent and miscellaneous inspiration points. Aivaliotis and Reagan mentioned aesthetics ranging from American tropical and Miami pastels to “a place where Indiana Jones would be fanning himself off or something,” says Aivaliotis.

Bring on the Pu-Pu Platters. 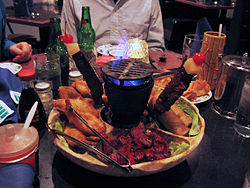 A pu pu platter, pu-pu platter or pupu platter is a tray of American Chinese or Hawaiian food, consisting of an assortment of small meat and seafood appetizers. A typical pupu platter, as found in American Chinese cuisine, might include an egg roll, spare ribs, chicken wings, chicken fingers, beef teriyaki, skewered beef, fried wontons, crab rangoon and fried shrimp, among other items, accompanied by a small hibachi grill. The pupu platter was probably first introduced to restaurants on the Unit... 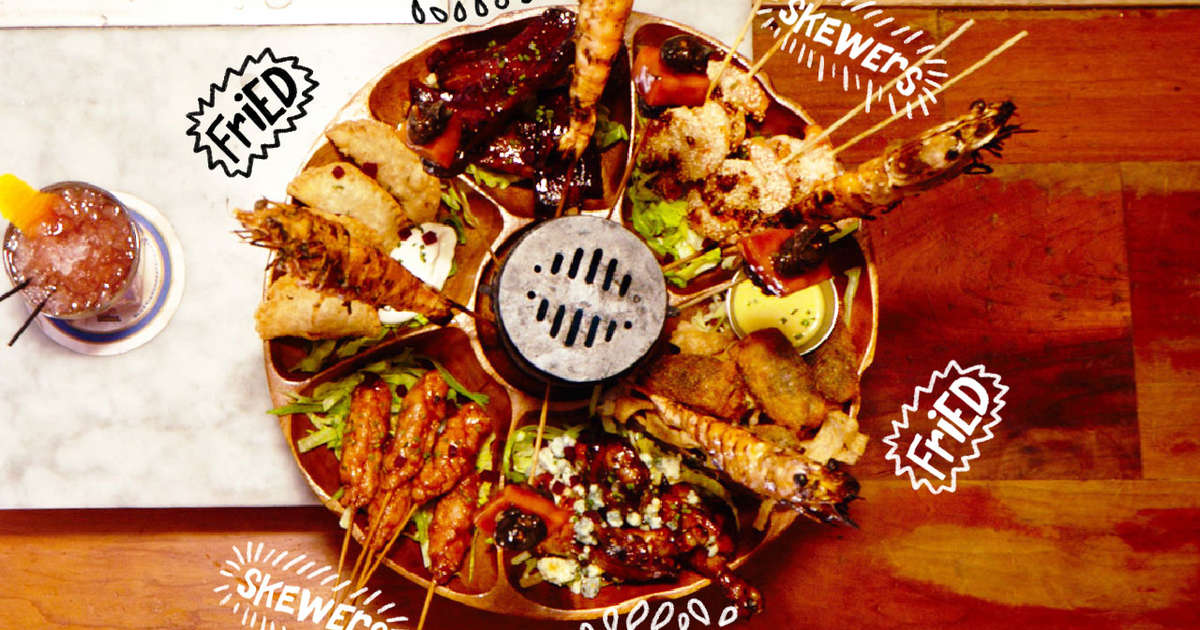 The Anatomy of a Pu-Pu Platter, the World’s Greatest Bar Snack

The teriyaki bone’s connected to the crab rangoon bone.

I recently listened to a podcast about tiki bars, it was an interesting listen (if you like podcasts).

They touched on the history of the tiki bar, an interesting bit on trying to recreate some of the drinks, and the cultural issues of the revival. I enjoyed it . . .

The rise, fall, and present-day revival of tiki bars is a fascinating tale of celebrities, cultural appropriation, crytography, and a wooden leg...

Tiki bars/Polynesian restaurants were kind of a hoot Circa 1970s. I went to one in Los Angeles near the farmer’s market around Fairfax Avenue. Tall drinks, with straws and umbrellas. Some of them served in coconut-like vessels, some had smoke coming out of the top, big wicker Adams Family chairs. One in the San Fernando Valley in California, had fishnets, seashells and fishes on the walls. I miss the paper wrapped chicken. Small pieces of chicken wrapped in little square tin foil packets. It was around for about a decade, and then disappeared. I had a small outdoor hibachi for cooking steaks, back then. There’s an old episode of the TV show called Taxi. Elaine Nardo had to go on a date with lou de Parma. He took her to one of those tiki bars/restaurants. It was hilarious. I would try it again if one opened up near me.

Jeez, I haven’t had a pu-pu platter since the 1980s. I don’t think my arteries could handle shrimp toast anymore, though.