All about Asado (Argentine BBQ)

IMDB: "A trip to the depths of Argentina. Roasting is a meal and a ritual. It is primitive and contemporary, wild and refined, an art and a science. The asado with greater originality the essential features of national identity. "

allflicks.net: “This quirky examination of Argentina’s culture, customs and cuisine slices into the country’s traditional barbecue – which is both meal and ritual.”

Thanks for the tip! I’m looking forward to watching this. I visited Uruguay for 5 weeks, a couple of years ago, and I’m still pining for all those delicious meats.

Thanks too for the news. Loved South American traditional barbecue.

Yeah, I just saw that flipping through the new shows on NF last night.

Is is any good?

No, but we watched a (possibly) similar film, BARBECUE, also streaming on Netflix, about barbecue around the world. BARBECUE concentrated much more on culture than on food.

I don’t have NF. Maybe I can find it somewhere to download.

Meat meat meat! And it has to be cooked over charcoals. A 200gr piece of meat is a “child portion” in Argentina. Standard portion is 400gr (a pound). Maaaaan, I had a nice time in Argentina. Uruguay is on my list, even cheaper than Argentina and the meat is just as good. Argies will tell you, with a red face and big veins on their foreheads, that theirs is the best, though.

When camping Argentinians must be able to grill! 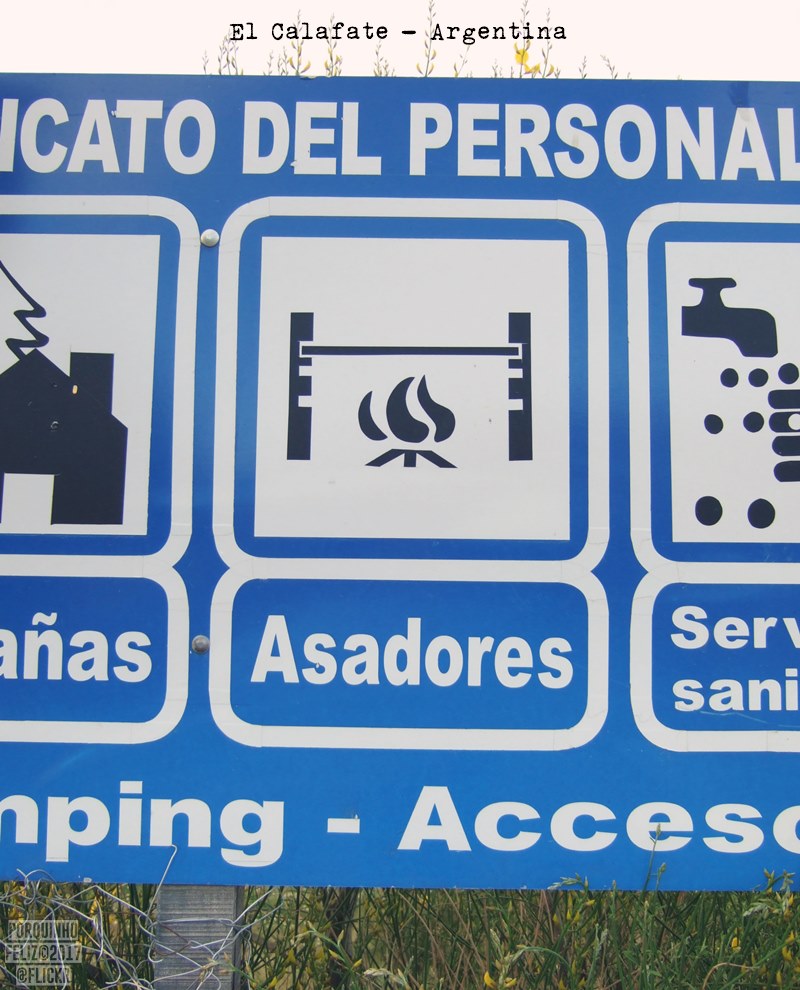 Lamb grilled “a la cruz”. A common sight in Patagonia. Restaurants have the coal pits where you can clearly see. Btw, one of the best ever lamb I have had! Patagonian lamb is a treat even for Argentinian tourists themselves as it’s a speciality in the south. 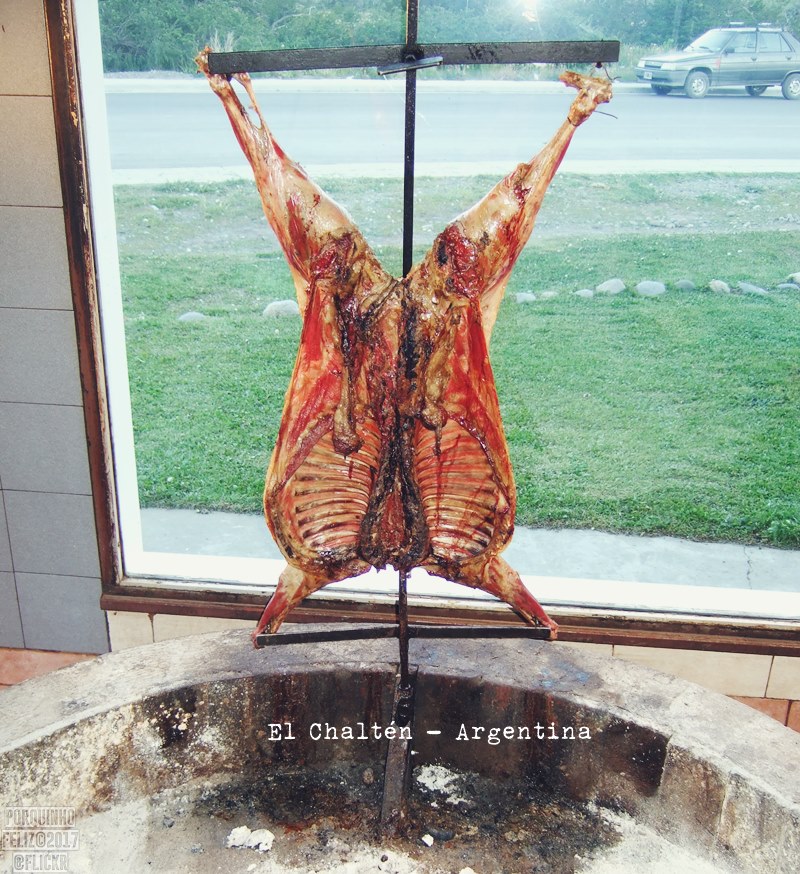 Uruguay is on my list, even cheaper than Argentina and the meat is just as good.

No, but we watched a (possibly) similar film, BARBECUE[…]

I tried watching Barbecue and ended up fast forwarding through most of the second half. It wasn’t about food at all and the social aspects of the film lacked depth. I think it was spread too thin.

The meat in Uruguay is definitely better. Their beef is practically 100% grass fed. Whereas in Argentina, only 40% of their beef is grass fed

Good to know! If I eat steaks it’s always Uruguayan. Now I need to go to the source. One time I even ate at an Uruguayan steak house in Argentina.

I finally got around to watching this doc. I found it very interesting and all-around well made. It has a quirky sense of humour and it lets its subjects speak pretty freely. It seems to be as much, perhaps more, about a certain culture in Argentina as it is about food. It’s not always pretty, either.

I’m happy I watched it. I learned a couple of things like the origin of the tira de asado and the existence of asado con cuero which is now on my to do list. They also touch on the current (sad) state of beef in Argentina where people have chosen tenderness over flavour, preferring younger feedlot steers to the more mature grass fed beef that made Argentina’s reputation for quality meat.

There are a few problems with the English subtitles. They get some of the cuts of meat wrong. Something that should not happen in a film about grilling, IMO. They translate bife de chorizo as rump steak when it’s actually strip loin. Ternera is translated as veal which is a questionable choice. Chinchulin is translated as lamb tripe when it’s actually beef intestines… And so on.

I do recommend it, but be prepared for a few long bits, some slight weirdness and a lot of machismo.

I’m late to the party on this thread as I just joined the forum. My wife’s family is from Argentina, and over the years I’ve learned tips and gotten advice from the King Asador (Papi, the grandfather). Here is a photo of one of my experiences . 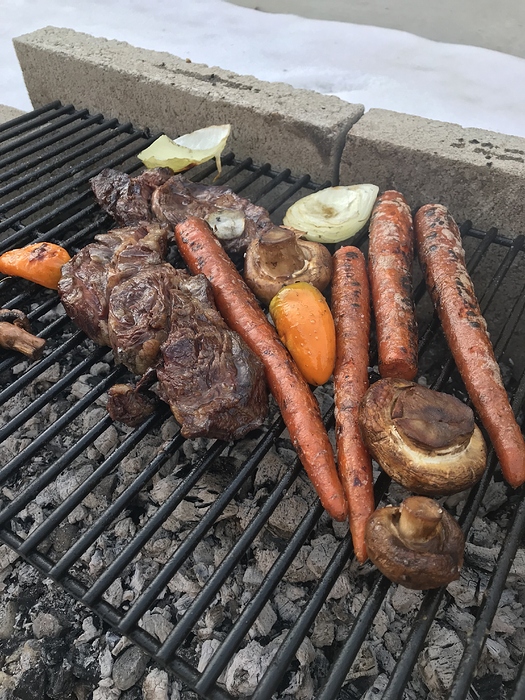 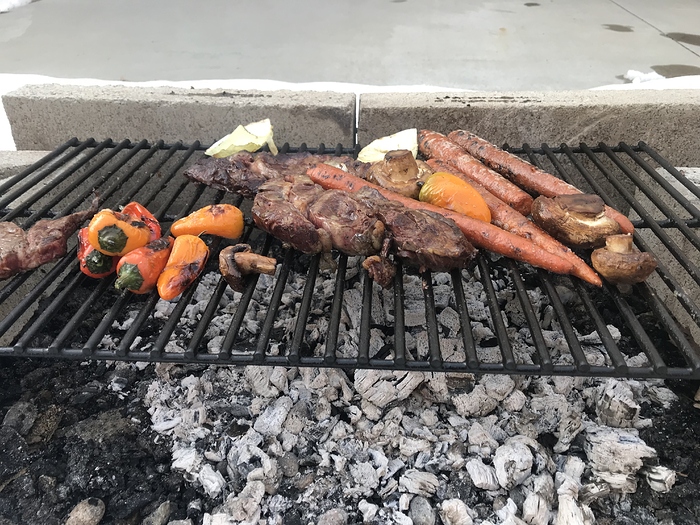 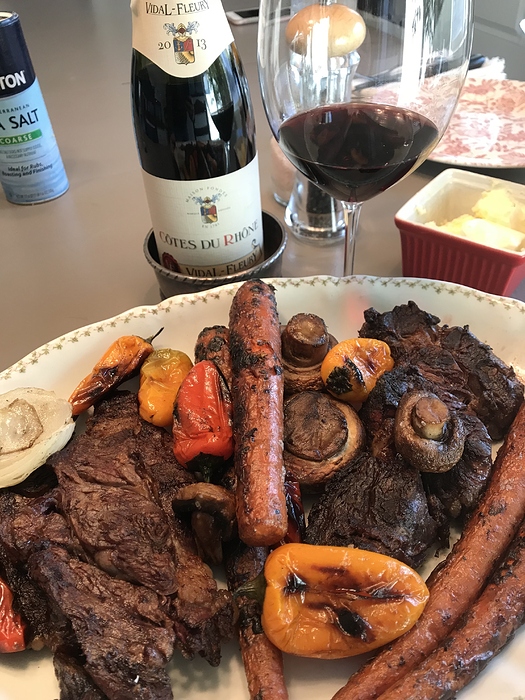