I’ve gotten a couple of emails from the newly opened a’Bouzy, but this weekend’s email caught my attention.

.25 oysters on Mondays from 11-3. I read it several times looking for the fine print, restriction or disclaimer. Nothing, oysters are $3/doz on Mondays at lunch.

a’Bouzy is a champagne bar stocking some 1,000 wines, including some of the rarest. I hadn’t paid much attention to its opening in August, spearheaded by the former GM of Brasserie 19, and I’m not sure why I was getting emails, but well, yay. Bouzy is a French region known for its champagne production. a’Bouzy is supposed to sound Frenchy and Boozey, or maybe it’s a toast “to Bouzy.” It’s easy to remember anyway.

Today is Monday and I was delighted to see online that they have a very large covered patio and the weather is great for patio dining currently. 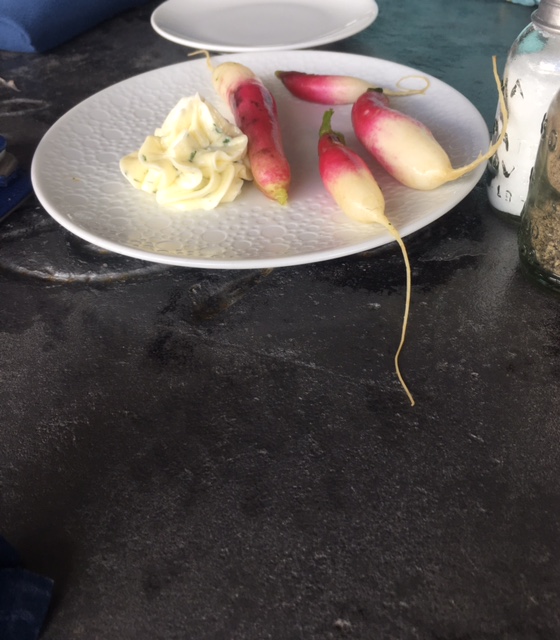 So the oysters, some were small, but it’s early in the season. The server knew only that they were “Gulf Coast” oysters. 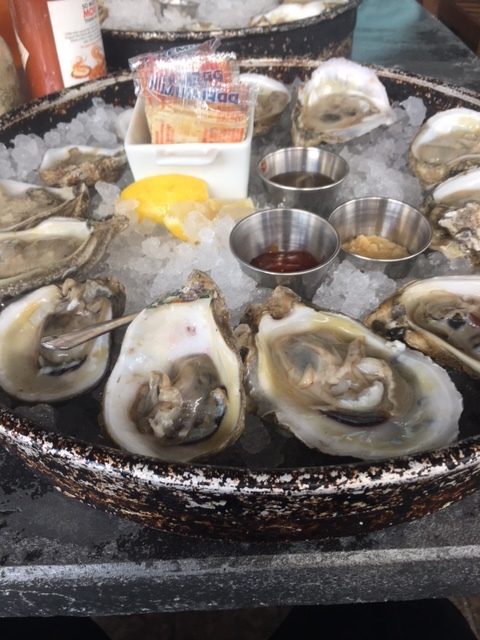 I was mystified by the oyster trays which looked highly distressed, I wonder where they found them.

At lunch there are lots of small plates, sandwiches, salads and 4 or 5 entrees. I had the “whitefish salad” sandwich on croissant, which turned out to be tuna, but I like tuna and it was good quality tuna. I subbed pomme frites for the fruit side. In true French style, a baconaise was served for fry dipping. Another ordered the kale seafood salad which had crab and clams and plenty of both. 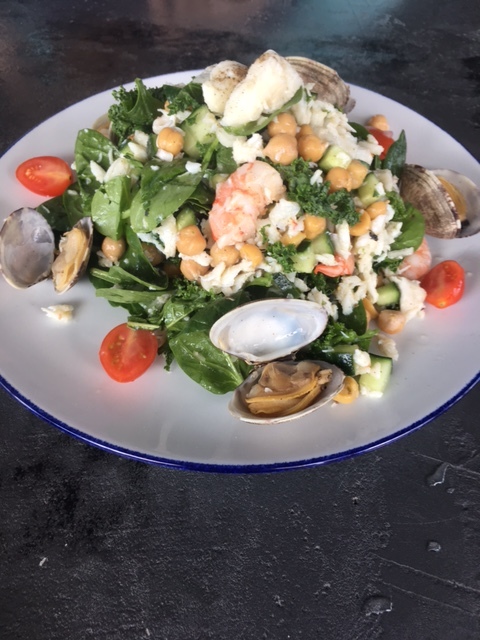 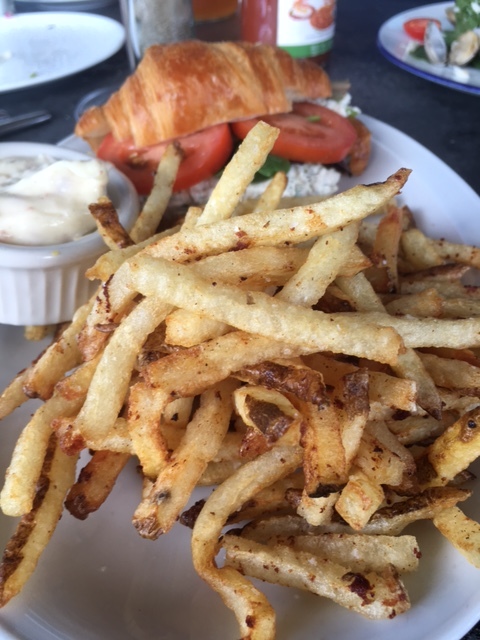 The tea is served in over-sized canning jars and the wine list is on a tablet (natch, cause 1000 bottles).

The patio is large and lovely, though a bit noisy affronting Westheimer near the construction zone, next door to the French Gourmet Bakery and across the street and 1/2 block east of Shanghai River.

The cement tables on the patio are all branded with “a’Bouzy” pressed into the cement. 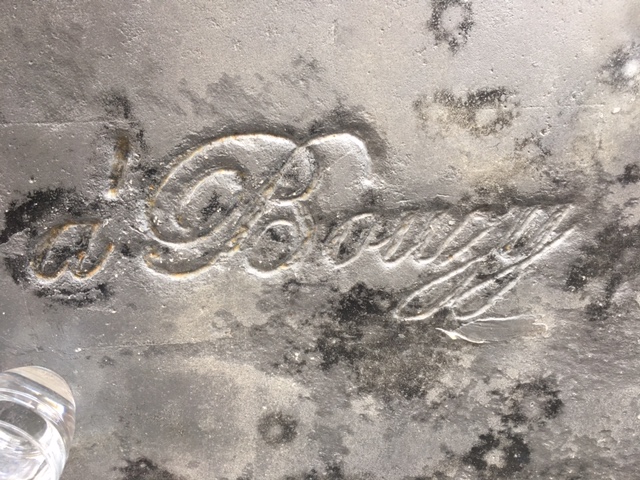 I suspect I’ll be there next Monday with more people.

Those clams sure look good. Did you have any oysters? I work every Monday through Christmas so there’s no hope for me.

Did you have any oysters?

I did! But only a dozen, this time. It occurred to me in the night when things generally occur to me, that those pans they are served in are old, used deep dish pizza pans.