We humans often applied familiar names to unfamiliar vegetables or plants. When English speakers first encountered Capsicum, chilies, the were dubbed “peppers” because they were hot/spicy, like black pepper. It was the closest word they had.

Peanuts got the names “Goobers” and “Goober Peas” from African slaves, who were, at first, unfamiliar with Peanuts (Arachis hypogaea) because those plants were originally South American. What they had grown, in many African countries, was Bambara Groundnut, Voandzeia subterranea. Their words, nguba, guba, ginguba (stewed) applied to another bean/pea family plant which also made it’s seeds underground. The two plants had some similarities, and “Goober Pea” was born. Because peanuts produced more and had a higher oil content, Bambara Groundnut fell into obscurity, though it was once grown in this country on a large scale. These days, a Goober Pea is a peanut, but it wasn’t always so.

In spring of 2020, I planted some old 1994 seed of a white-seeded variety of Voandzeia. The seed had good germination, despite its age. The low growing plants have narrow, oval shaped leaves, in sets of three. 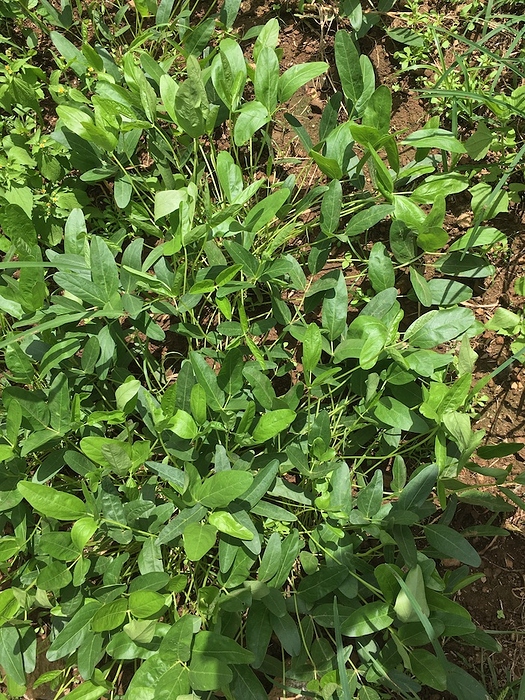 The tiny yellow male flowers are hard to spot unless one looks closely. 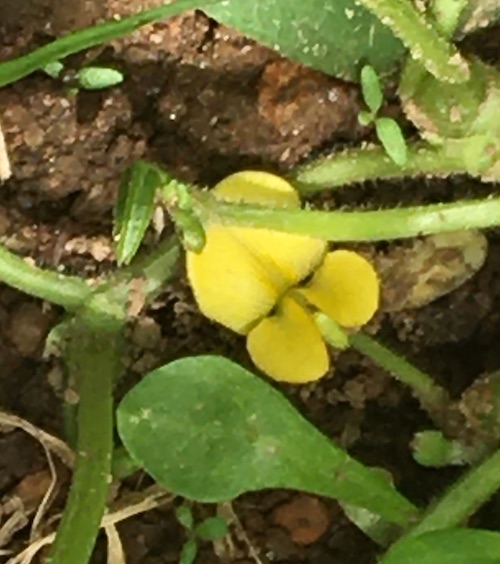 The female flower, which makes the seed pod, is even smaller and insignificant looking. When fertilized, the female “peg” dives into the ground to mature seeds. While I’ve grown the plants to keep viable seed, I haven’t tasted them yet-too rare! This year, I’m hoping to get enough planting stock to try them out in future years.

The plant is also known, in botanical circles, as Vigna subterranea. Vigna includes a lot of pea-bean members, but it does seem Voandzeia is different enough from any of them to warrant inclusion; it deserves its own Genus.

If the plants produce, I’ll get some pictures post harvest, probably in Oct. It’s worth remembering this bit of African American history and where names come from. It’s also important to keep as much diversity as possible in food plants, especially as the world heats up.

Very interesting @bogman, and a big YES to diversity - essential.

Thanks Lambchop!
There’s yet another groundnut, Apios americana, once a staple of Native Americans. The ones I’m growing were improved, developed by a team at LSU, led by a friend, Dr. William Blackmon. For nine+ years, Bill selected amazingly productive Apios. I’ll try to do a write up on it separately. Unlike many “groundnuts”, Apios makes tubers with more protein than potatoes. So many cool vegetables! I wish life were longer in order to plant a lot more.

Since frost/freezing is predicted, and the plants have stopped growing, I decided to dig up the Voandzeia and see what was going on, how they did. well, the results were disappointing. Some plants had no “groundnuts”, beans/peas underneath and those that made seed didn’t make that many. 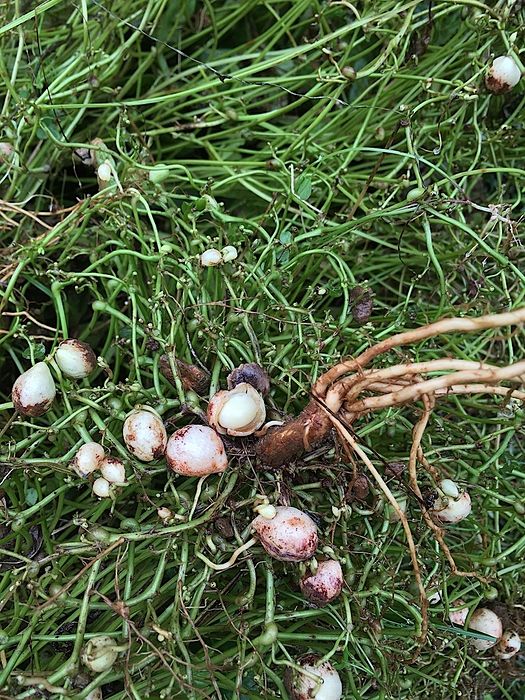 I broke open one seed pod to show the seed. 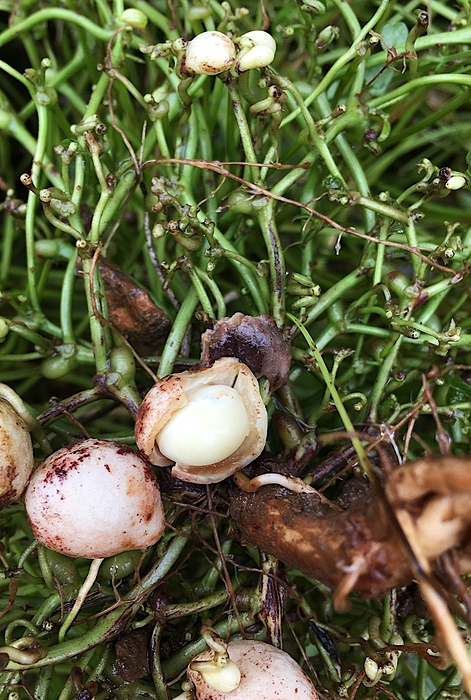 The last time I grew them, the plants were started in pots around March. This year, I wanted to try direct seeding, since our growing season is longer than it used to be. Apparently, that doesn’t work in this area. There were a ton of immature “pegs”, female fertilized structures which bury into the ground. When the temperatures dropped below hot, 80+ degree days, it seems the plants stopped growing.

Next time, I’ll go back to starting them in pots. This explains another reason that peanuts replaced Voandzeia as a crop; I can sow peanuts directly here and they’ll produce a lot more seed, food, per square foot. Oh well…live and learn.