Just a few years ago when a new restaurant opened nearby you could bet with certainty that it would be just another red sauce Italian joint. Like many local foodies I was thrilled when this changed. We now have Greek, Thai, Vietnamese, and Indian options within the Jersey 30 minute driving distance limit throughout Monmouth county. The problem now is that many of these options are almost carbon copies of each other. I was more than a little excited when my back yard of Freehold, now brimming with a few Indian equivalents of red sauce joints got a wake up call. Aarzu opened with the tag of “Modern Indian Bistro”. Like the longtime food writer who had introduced me to Hemant’s rarified cuisine at NYC’s Devi, @RGR , I have been impatiently waiting for a successor. So, needless to say, I went to an early dinner at Aarzu with high hopes.

Upon entering I was impressed by the large amount of glass. Aarzu feels warm and welcoming with a full bank of windows in front and clean lines inside. There was no big screen tv blaring Bollywood dance music while colorful characters whirl to the music to distract from the upscale ambiance. Our host was warm and helpful and made us feel like welcome. Overall it felt like we were in NYC instead of my hometown but without the $40 parking fee.

So Aarzu looks good and feels good, but what about the most important part? We sipped at the chilled Reisling we had brought from home as we awaited our appetizers. An amuse bouche of chickpea chaat arrived quickly and the eating was off to a great start. We love chaat and I even make it at home and this was spot on and we liked it so much we ordered some eggplant chaat too. This was even better with thinly sliced fried eggplant crispy and not greasy at all as the star of the plate. The combination of chutneys on top was soo tasty and the dash of black salt put it over the top. Full as I am right now I still want more of this.

The Yelp reviews I’d read mentioned that the tandoori lamb chops were especially good and I love them so we had to get an order of those. Five big meaty chops arrived almost too soon and disappeared almost as fast. Juicy and full of flavor, they were the best I’ve had since Devi. More than worth the $24 cost. Come to think of it, that may have been my mantra for the entire meal as Aarzu is not inexpensive but, for a change, I would have paid more for most of the food. To the point we also had an order of Saunfiya Shrimp. The four jumbo shrimp were amazing and the Indian version of mushroom risotto that they sat on was amazing as well. Again this was not cheap at $20, but worth every cent. I may get some take out one day soon of just these two things. Well, maybe the eggplant chaat too…

Our main course didn’t disappoint either. We shared an order of the Malvani Fish Curry made with Cobia fish in a sauce redolent with coconut curry and fennel. I usually like to order a chicken or lamb dish as a main and this was a compromise to my wife, but I loved it! We had naan and an order of cumin rice with it and we finished every drop of that great sauce with them.

And then, after all this, for some reason we also had dessert. We shared an order of orange kulfi that was as interesting as it was delicious. House made orange ice cream was put in an orange rind and frozen into it so we got the aroma and the oil from the orange rind along with the sweet and creamy ice cream. This was a great end to a great meal.

I have gotten so tired of trying new places and reporting back here about how unimpressed I’ve been. I am sooo happy to have something good to say for a change. This place is different than a usual Indian place and I am already planning my next meal here. Go. Go now.

@seal Did you go last night? What time? We also went last night around 8 PM but our experience was a whole lot different. There was a wedding or party going on upstairs so the bass was LOUD. Like headache inducing loud. I don’t think it bothered other people because everyone else was drinking. Sadly, I am on a wine hiatus for the next several more months so I have a lower tolerance for this stuff now.

We came here once before which I posted about earlier in November. The food was excellent last night and our previous visit. The service this time was way below par. We had to flag someone down for everything. To order, to get more water, to open a beer, to get a check. It was actually the worst service we have gotten out in a long time.

BUT, the food was great. We started with a lentil, chickpea warm salad. YUM. Highlight of the meal. I got eggplant which was delicious but I think would be suited for a side dish or to share, it is just a lot of eggplant. Husband got a chicken curry and we split naan. The naan was another highlight for me. Well flavored bread is such a delight. Skipped dessert, partially because at this point we were so over the service and we were full.

Long story short, I recommend this restaurant, I saw other tables getting good service and the food is delicious. Also, like @seal mentioned, this is a pretty good value. I think before tax our meal was less than $50. We will be back.

@gracieggg - we went early last night and were finishing up as you came at 8. Did you see how much space they have upstairs?? It is huge. I may think about using them for an upcoming special birthday party I am planning - especially with the quality of their food.

@CurlzNJ - we are already thinking about going back. Maybe we should try to get a HODown going at Aarzu for the holidays?? If not then a smaller dinner works for us.

You know I was really getting into Indian food a few years ago. However a pattern started developing of severe stomach issues following eating it so I decided to give it up. I wish I could have figured out what exactly I was having the reaction to but the consequences were not worth the trial and error so I gave up trying.

I’m game for a full HOdown or a small group…haven’t had good Indian food in far too long!

Sure soon as I say I can’t eat it there is a Hodown planned. Mean just mean…

I realized I forgot to post my lousy pictures - not a big loss as I only had my old cell phone not my nice camera, but I promise to post some much better pics next time. 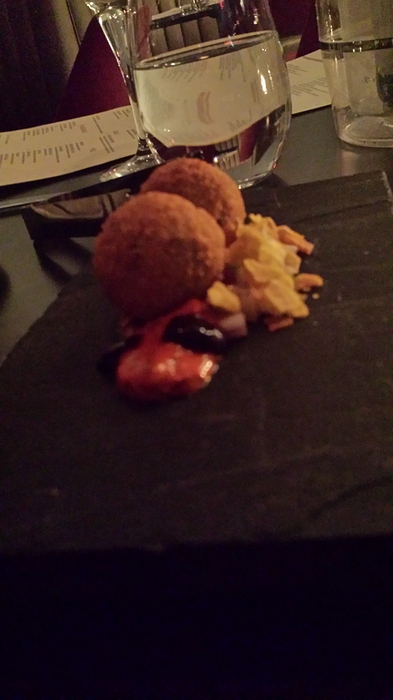 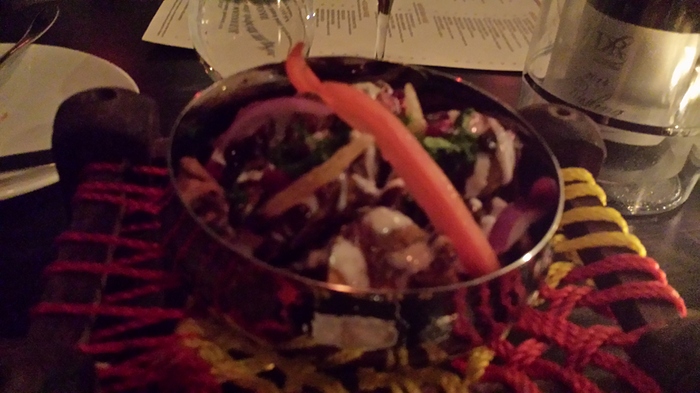 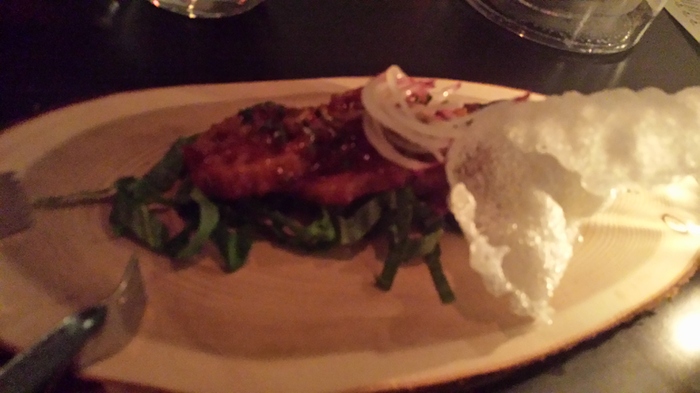 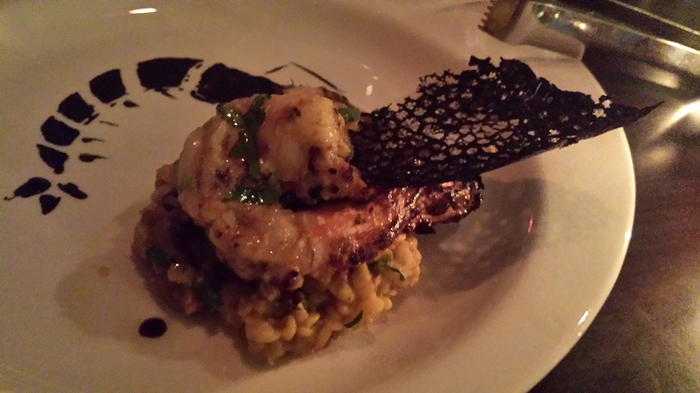 We’d be interested as well. Would love to find a good Indian restaurant in the area.

@seal thanks for the invite, keep me posted on the date. I am traveling for almost all of of December. Hope you all have a great time! Enjoy!!!

I have a hectic December and I’m on vacation for a while but I will see if I can make it. This place sounds delicious and that was a great review…nicely done @seal

@seal Glad you enjoyed Aarzu. I posted about my dinner there a month or so back. I would definitely be interested in returning with a group, especially with some folks that know their way around an Indian restaurant menu. However, December is going to be tough. Will keep on eye on this thread to see if the date(s) work.

I’ve had Aarzu on my “go to” list for some time. If you think it measures up to Devi when Hemant Mathur and Suvir Saran were in charge of the kitchen, then that’s great news. However, I wasn’t happy to read in the post by @gracieggg about music at Aaarzu being “headache inducing loud” as I am unalterably opposed to dining in any restaurant with a hideously high noise level no matter how wonderful the food might be.

I’m curious what you will think @RGR …

Maybe we should do a lunch HODown so there won’t be a party upstairs. I’m told they serve thali so we can try a nice assortment of dishes.

I’m thinking of the weekend of the 17th and 18th if that works for some of us.

The 18th for dinner might work for us (though we’re doing a dim sum that morning), or the 17th as long as it’s 1PM or later.

You are not the only one …

@seal, I’m not keen on the stripped down lunch menu although I read in this review that if we can get 10 people, they will do a tasting menu (described in the review).

In any case, we aren’t available on the 17th and 18th. If we plan for early January, my guess is that dinner is less likely to be noisy since it’s one of the quietest restaurant times of the year, and people are pretty much partied-out.

OK, so let’s plan an early dinner for 5:30 on Sunday the 18th. This way we can order the dinner items. Post here if you would like to attend. Remember it is BYOB so bring, drink and be merry.

@RGR The wife and I would be happy to do a dinner w u and the hubby in January as well.