I spotted something called “A2 Milk” at TJ’s today, for something like four bucks a quart. Frankly, I had to Google it (and you can too if need be). Is there any scientific evidence that it’s better for you than regular milk? (Apparently it’s sold at Whole Foods too, which I wouldn’t know because I don’t patronize WF.)

Coincidently, my Googling brought up this article from a couple of days ago as well:

So, should I drink A2 milk, or invest in it?

Health claims aside, does it taste better? For $4 a quart, you might as well be drinking buffalo, sheep, or goat milk, which have the A2 beta casein variation.

I’ve read that it “helps” people with non-specific symptoms like bloating, but not those with lactose allergy or intolerance. That, and reviews in Nature refuting any benefit, suggest it’s a combination of marketing hype or woo.

I first heard of this last year, from a server at St. Vincent. He told a lactose intolerant guest she could eat a dish because the dairy was from a Guernsey instead of a Holstein cow. I told her she should not trust him partly because he wasn’t a doctor, but mostly because he described XO sauce as an “ancient Chinese sauce.”

Cows are cows, aren’t they? A breed for lactose intolerant folks? Hmmmm.

It is not lactose free, just limited in the variety of milk proteins. There is already Lactaid lactose free milk.

I have to agree with @hyperbowler that it sounds like hype and “woo”. Who drinks big glasses of milk anyway? Nobody needs a quart of milk in their coffee, and eating yogurt with active cultures can actually help with digesting lactose and milk proteins instead of trying to avoid them.

For $4 a quart, you might as well be drinking buffalo, sheep, or goat milk, which have the A2 beta casein variation.

Hyperbowler’s one sentence deflation of A2’s marketing plan would be the reason that the stock is a little risky. Until people figure the marketing out, that is.

Drink - No scientific evidence that A2 milk has any health benefits

Invest - Similar to gluten-free food no scientific evidence for health benefits (beside a very small part of the population who has actual existing condition which benefit) doesn’t mean people can make a lot of money by investing into it.

I don’t know what it tastes like because I didn’t bite. My grandfather was a dairy farmer, and I don’t think any milk-drinking experience will top that of drinking milk still warm from the udder of one of grandpa’s Holsteins. 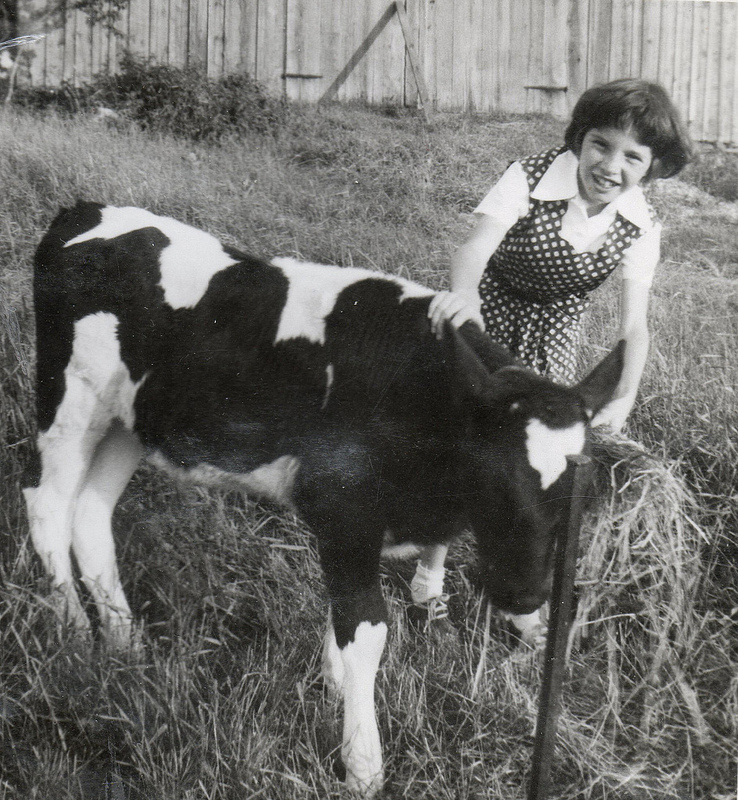 Here in Australia A2 milk is everywhere and there is lots of it. It retails at $2.40 per litre versus $1 per litre for standard milk. I have had too buy it a few times when the regular milk was sold out and thought it tasted like milk.

Here is a link to an article in Choice Magazine (a consumer guide) that is a bit skeptical about its claims:

“In 2009, the European Food Safety Authority reviewed the science and found no justification for claims about the health risks from BCM7. Food Standards Australia New Zealand is similarly sceptical about the evidence for the claims for A2 milk. With no substantial evidence to suggest that A2 milk is better for health than regular milk, you’re better off basing your buying on taste and price.”

Alexandre Farm got their A2 milk as well. 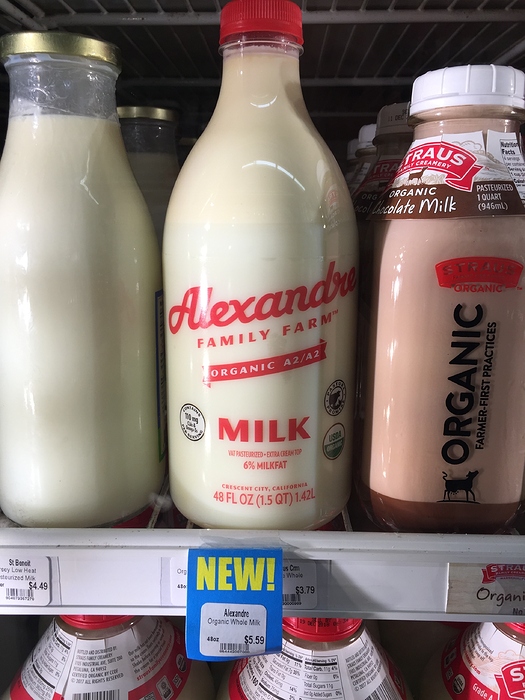 Thanks for pointing out the Alexandre farm milk. I am very curious to try it. I have had a pretty bad reaction to anything (even baked goods) with cows milk. Oddly butter works fine. Sheep and goat are fine as well, though goat milk is pretty gross. I have a sheep milk yogurt almost every day so maybe that has been helping with digestion of milk in general.
I personally believe that most people who are lactose intolerant, aren’t actually lactose intolerant but have an issue with the A1 protein. Why else would sheep and goat work? They have lactose.

Also, lactose free milk is NOT lactose free. It only has the lactase enzyme added to it, which is the same as taking a lactaid pill. Which for me did not always work. Enough that I stopped trying.

Everyone is different though, of course.

Than again, I certainly don’t need 48oz of something i just want to try in some pancakes or something like that.