Well let’s see where to start on this one…

This is “Asian Italian Fusion Cuisine.” Nope, I didn’t make that up and the menu is below to prove it lol

Picture if you took your average Chinese takeout menu and combined it with your average pizza place and mixed in some weird stuff. That’s what you have here. It literally reads like two menus in one with some interesting items I haven’t seen before. I’m not sure if this guy is a genius, a madman or one of the dumbest people I’ve seen. I’m almost compelled to talk to the owner and see if I can create some Frankenstein dish myself. Some things I have never seen…

And yes, I will take one for the team and try it. I think I want to try a basic cheesesteak and buffalo wings to get a baseline. 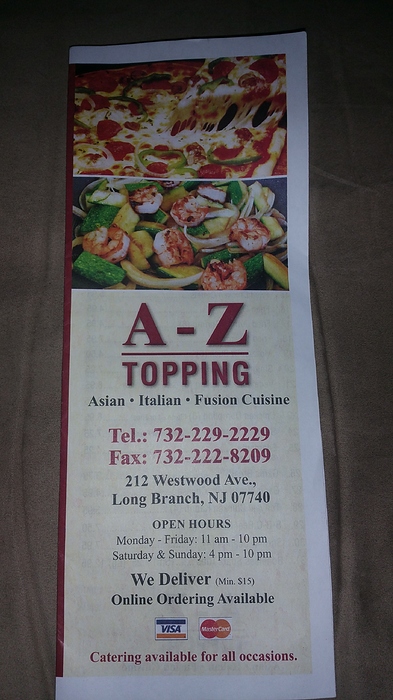 It’s like the jersey shore show. It is so wrong that people flock to it.

Don’t expect much… I will try a few things. Hell, most places around here can’t cook a cheese steak so I will give it a shot and see what happens. Maybe a Chinese made cheese steak will be ok…who knows lol

Greg this place is most likely going to be hilarious! Meet me there and lunch is on me. Let’s see if you can top the Zhangs grill review! Do you remember that review was what made me contact you? It’s been a while since then!

Sounds awful. No words to describe what a horrible, desperate attempt this is. I never wish any place failure, but damn, I hope this doesn’t set any trends.

Its like Zhang’s Grill having a tuna sandwich on the same menu as Pad Thai, only they weren’t dumb enough to “fuze” them.

That review was summer of 2017, and I think you found it a few months later. I’ve been a member here over a year now.

Had this circus been closer, I’d take one for the team and do a review. But I’m not in the habit of driving a half hour for a dumpster fire.

It is right near work so I’m not making any special trip there. I’m just hoping they might have a decent cheese steak or wings…two easy things to make that a lot of places can’t get right.

I still don’t get the fusion thing in general. Pick a food class, make it good lol

Don’t seek fusion food myself. Sometimes it sneaks up on you. 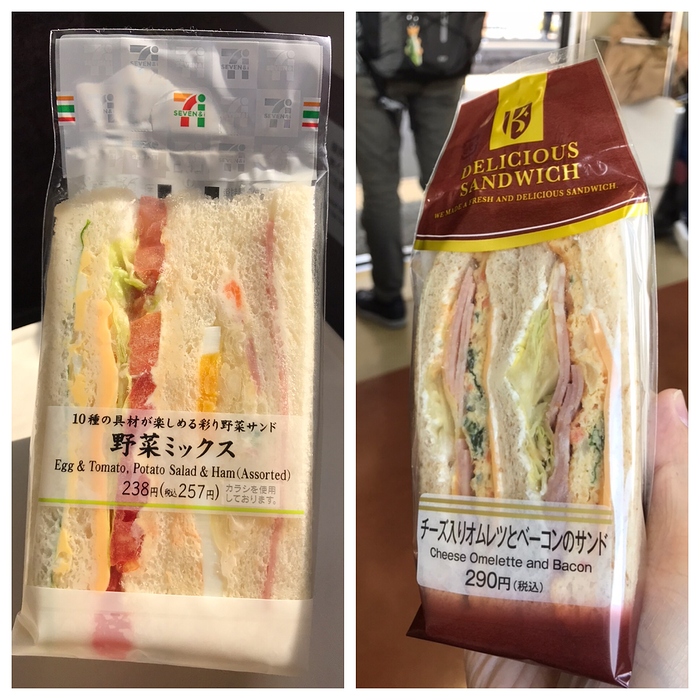 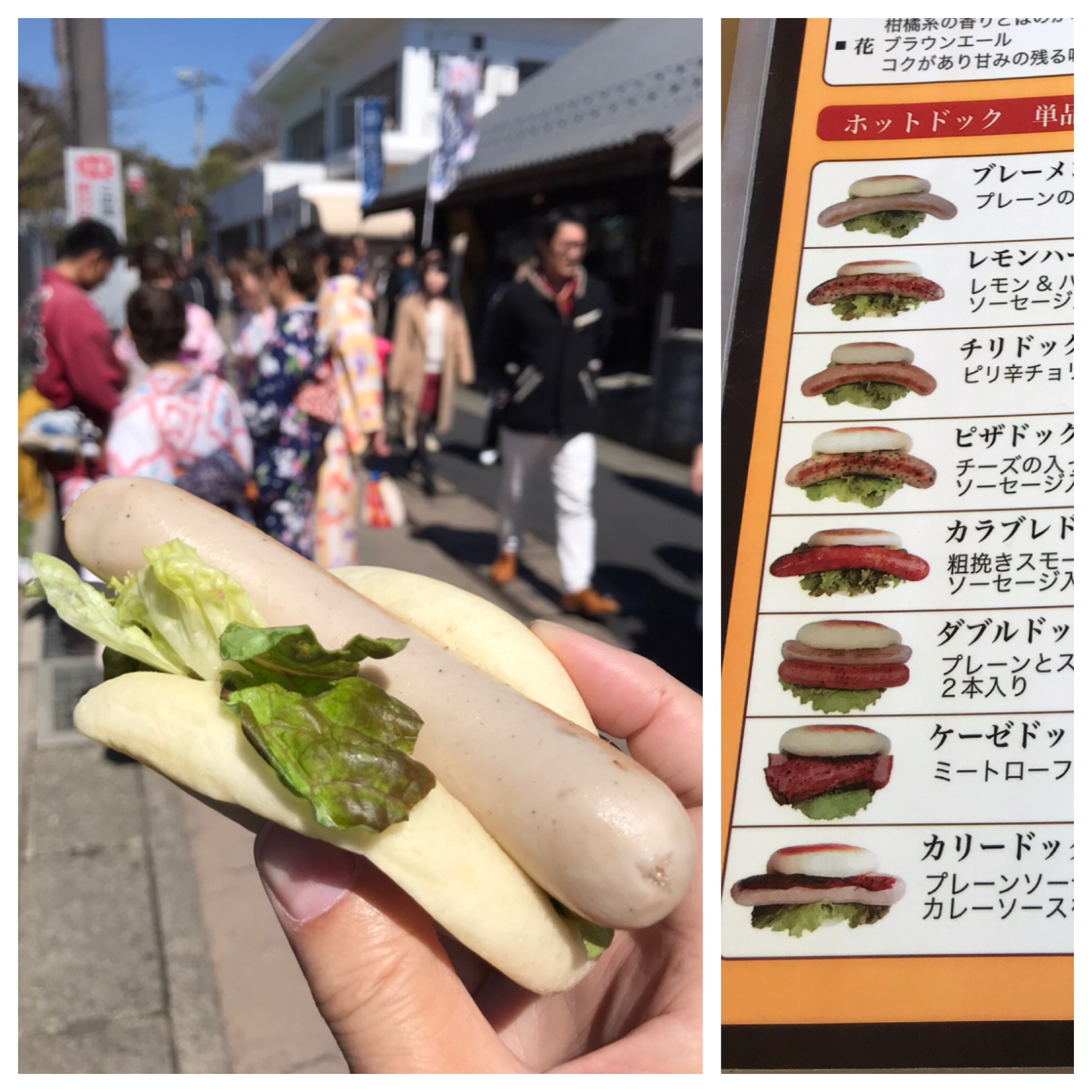 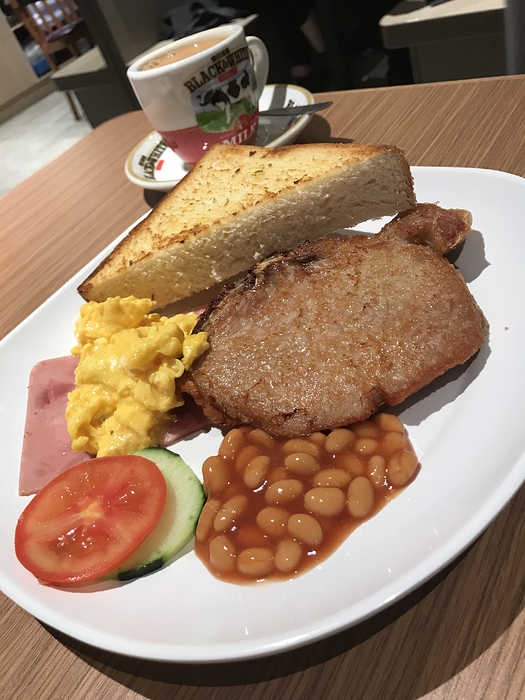 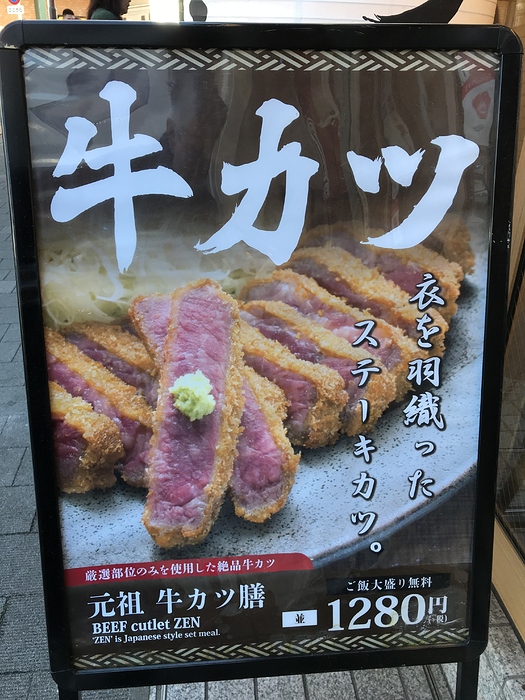 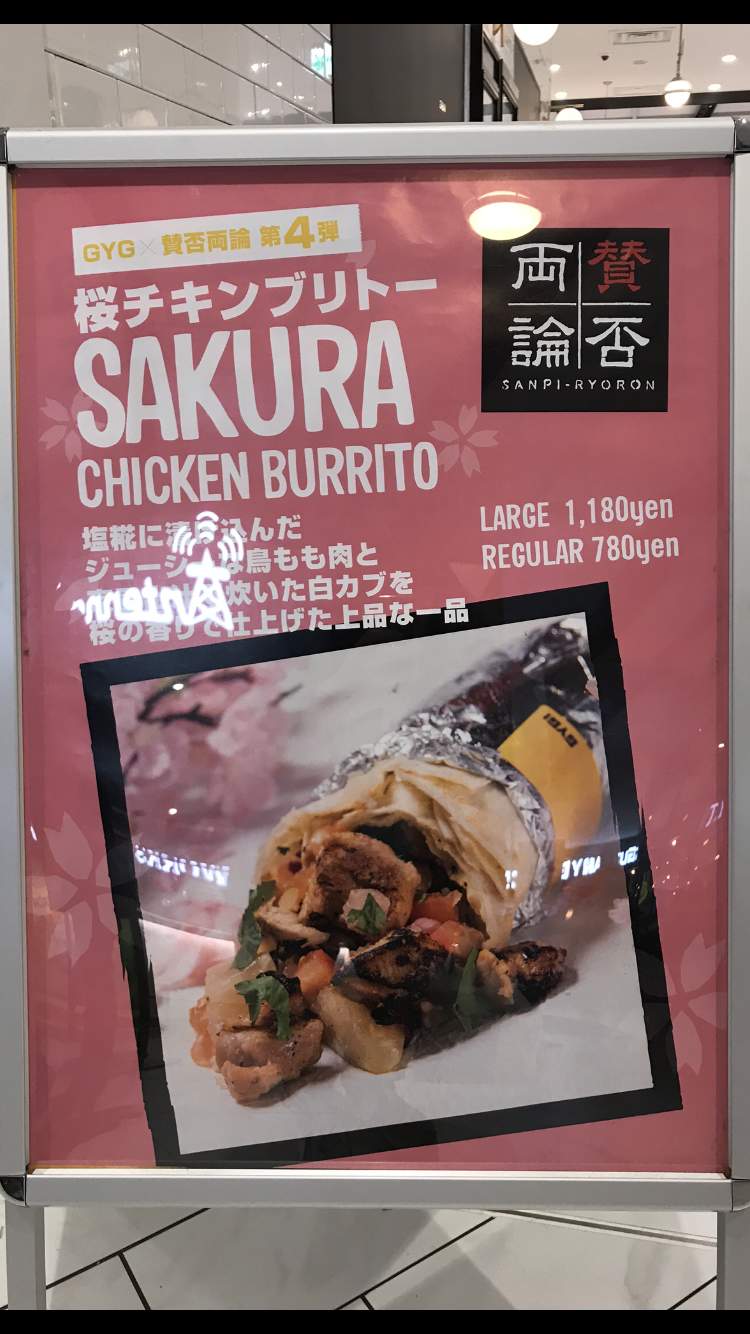 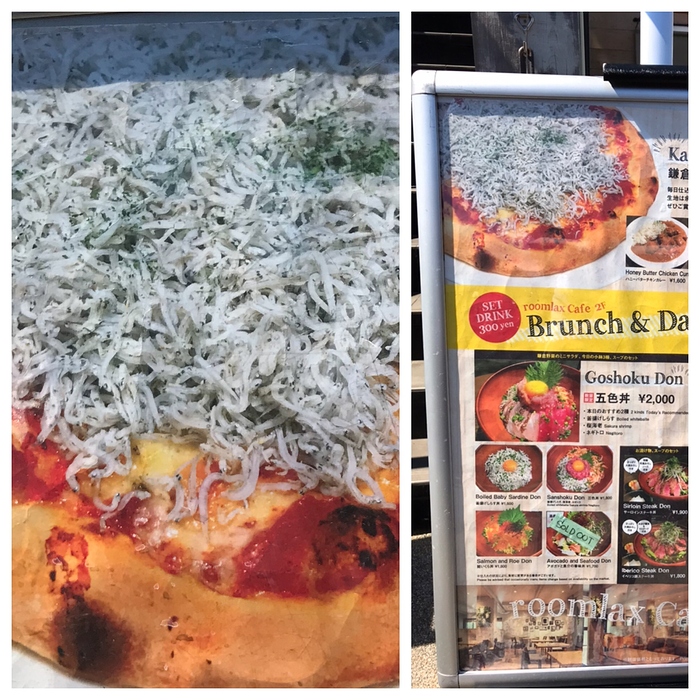 A gratuitous shot of the Cherry Blossoms. We’re leaving today. The camera happy hordes are already starting to descend on the usual spots. Glad to escape the madness. 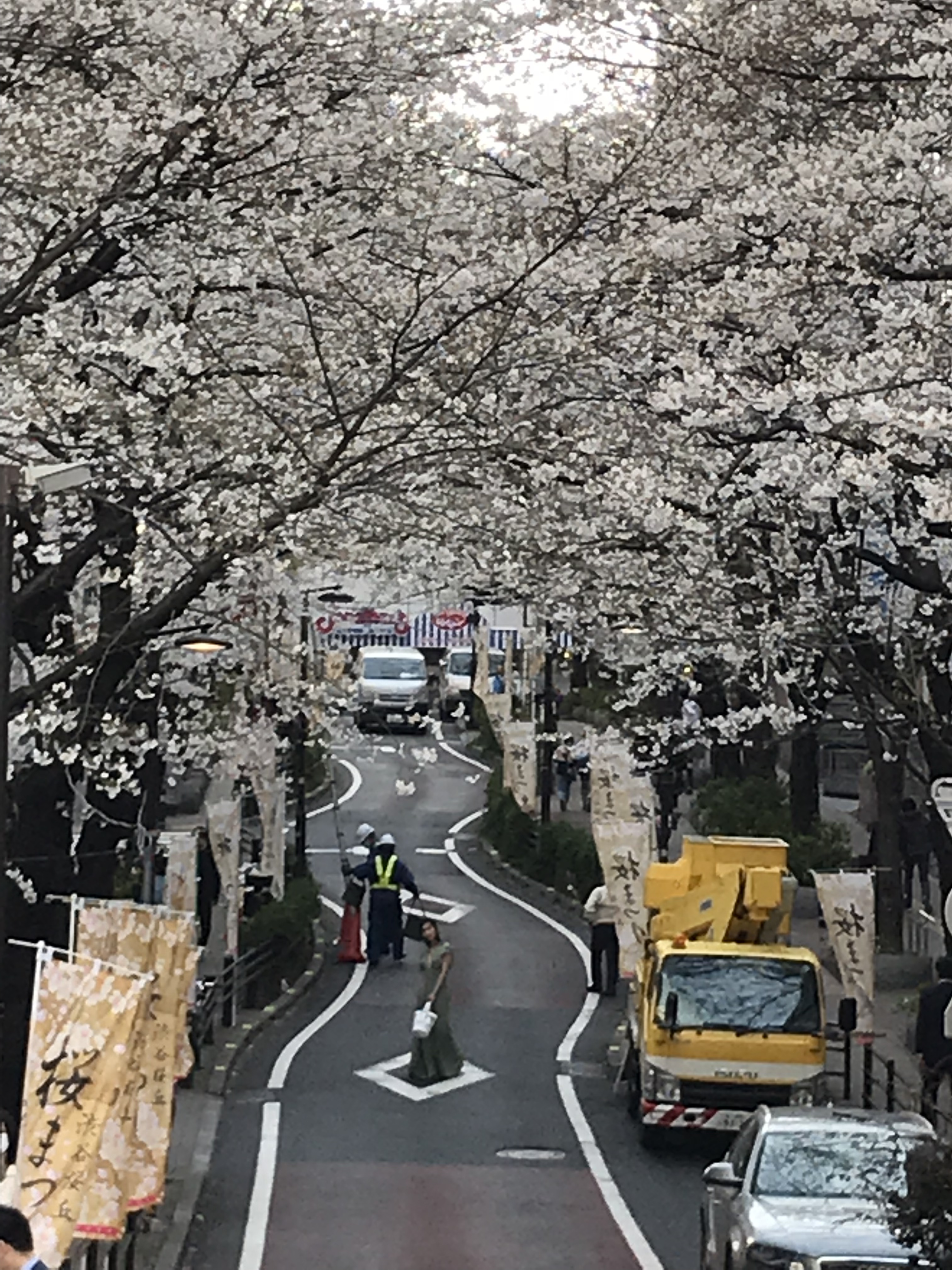 I can’t keep up with you in the food world lol…not even close.

I try to live vicariously through your posts! The latest pics from Asia were amazing. You’re living large and I’m totally jealous

Thanks! And I live vicariously through your fishing and crabbing exploits.

The Crappie and Bass bite should be red hot right about now. American Shad should be in the American river now.

The sacrifices one has to make to gorge on foreign foods.

Wow, this takes me back.

I grew up on a lake in NJ, poircy pond. My best friend Matt Carlone lived very close by. That was shadow lake where he lived. I used to bike over to his house which was very close…maybe a quarter mile or so.

We fished literally everyday when we we kids. We would fish for large mouth. I guess after years and years of fishing we wanted to change things up and try for new species. We then went after crappie. There were both white and black crappie.

We had this spot near a retirement home and it was was a nice deep drop off with a fallen tree. We would paddle over there and set an anchor near the deck or whatever you want to call it (essentially a cement establishment)

We would use these twin tail grubs in red and white and the crappie just loved these. We even used live gold fish which was like cheating. We would catch more crappie than we knew what to do with. We released them all. We were young and dumb. We just did it for fun. Had I known these fish were so tasty, life would have been different. We would get dozens and dozens in a day. I wish I was smarter but I was only a kid.

Totally envy you. I grew up a city boy. We’d do drop lines off the pier, never caught jack. Had fun nevertheless.

We harvested Crappies two years ago. We don’t C&R, like eating fish too much. 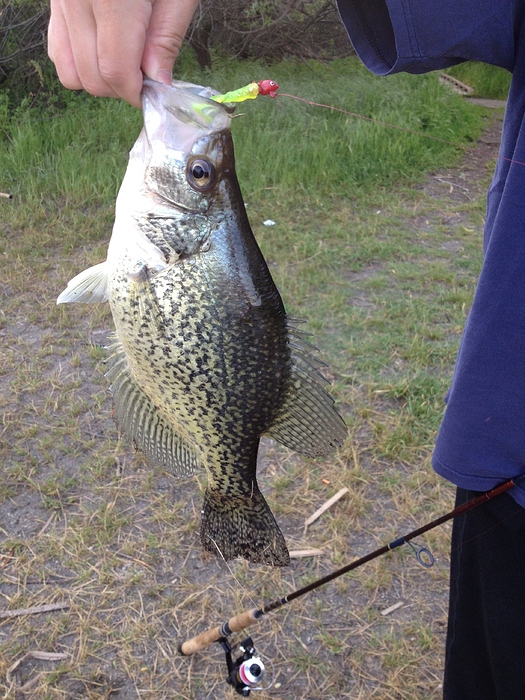 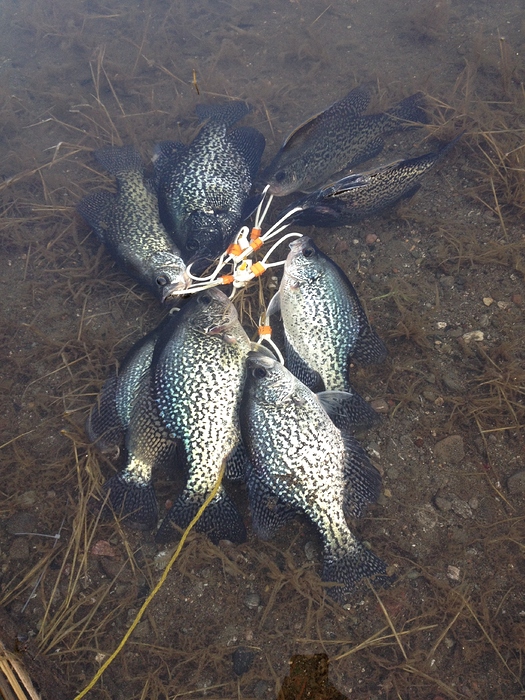 Breakfast of Champions. Spam and Eggs. The King of Beers. Fish on the prespawn bite. Life DOES NOT get much better than this. 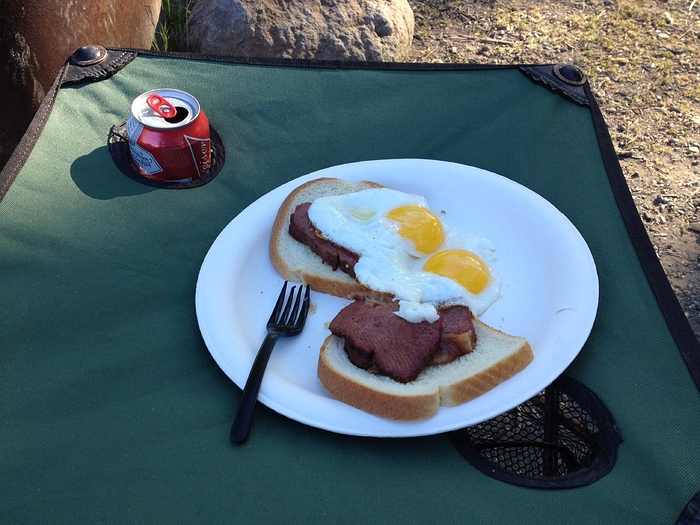 I want to say it sucks, but hey at least it’s unique. I mean bulgogi pizza is definitely a winner in the making if done right.

I don’t know, I mean I think it’s silly to call it “fusion” but whatever. @gcaggiano said they have reviews since 2017 so they have at least 2 years under their belt, they must be doing something right. Hey, I and and others have been making “Italian Egg Rolls” for awhile now, that’s chinese/italian fusion!! I have a hard time faulting a place for trying to stand out, it all comes down to quality, how is the food? If it’s good no matter what you call it people will come, if it’s not well…

Breakfast of Champions. Spam and Eggs. The King of Beers.

Kegs -n - eggs! Nice!!! I went through a phase in my younger years where I would eat my cereal with beer, honestly Capt. Crunch and beer grows on you if you give it time. (funny as I type this I guess it’s no wonder I have diabetes…)

Nice looking crappie! That definitely brings back some good memories. I swear that we would throw them back and catch them again all day long drinking coca colas. There just could not be that many in one spot. I should have tagged some lol. I have another story similar to this I’ll get to in a bit.

I was black fishing one day and brought out some left over lobster shells for chum. They don’t eat lobster naturally but they like shellfish and the smell. So I pound up some shells in a bucket and over the rail they go. We start off well and it appears we found a good rocky bottom. We catch one and what do you know, it had a lobster head lodged in his throat with the tentacles hanging out of this mouth. Our chum worked!

So he could not even swallow the lobster head but decides to eat a crab bait as well. Lucky for him, he was a tad undersized so we threw him back. Then literally minutes later, we catch him again! …still with the long lobster tentacles sticking out of his mouth. I could not believe how dumb this fish was…or hungry lol. I have never seen anything like that.

That review was summer of 2017, and I think you found it a few months later. I’ve been a member here over a year now.

I ran in to get a slice of pizza. That is all I tried. It was actually decent and quite a big slice for 1.99

The place is brand new so it is incredibly clean. That is one positive. Well they did a passing job on plain pizza so I might have to move up to some wings next. The slice of pizza was my baseline to see if they could get something simple done correctly.

My coworker got the general tso and said it was average but he said the braised pork fried rice was very tasty.