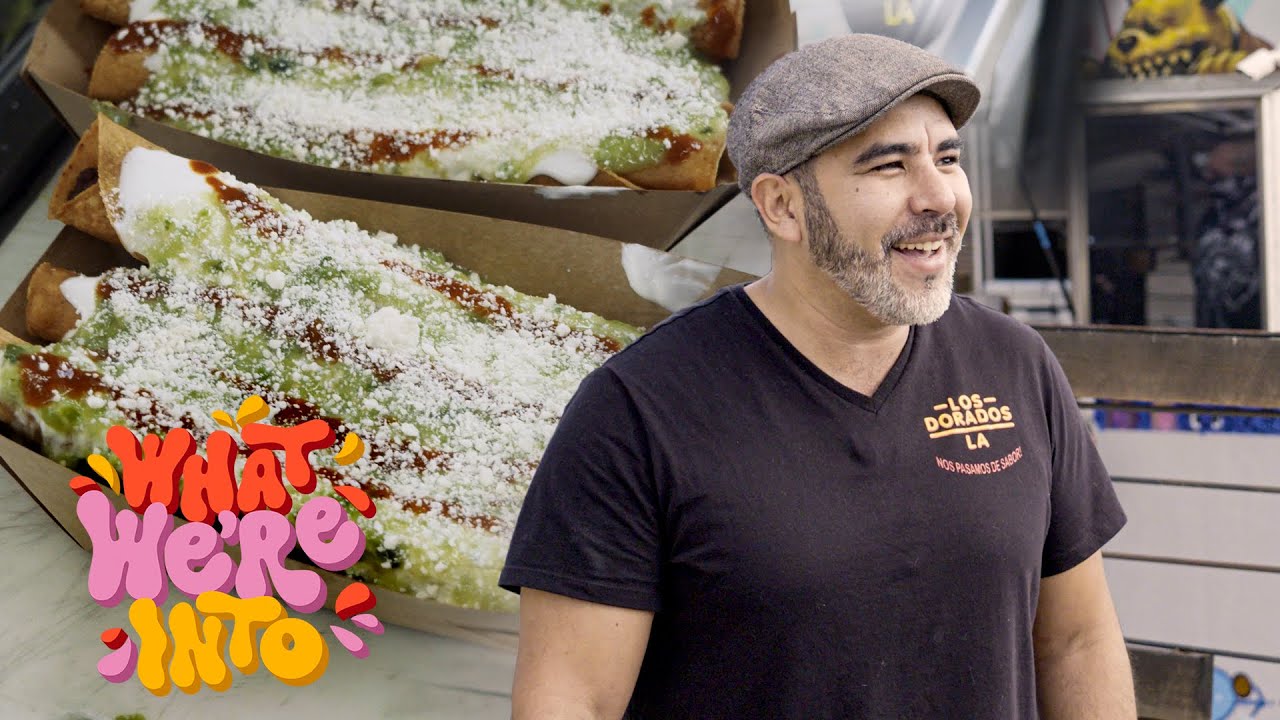 Aman Cafe is a small space but will offer both dine-in and takeout. Look for an opening in mid-June.
…
Aman Cafe, which is located at 4021 Broadway, next door to Teni East, will serve roti canai all day. There’s a breakfast version topped with roasted vegetables, avocado and egg and a dessert creation with fresh fruit and drizzles of a housemade vegan coconut condensed milk, among others. 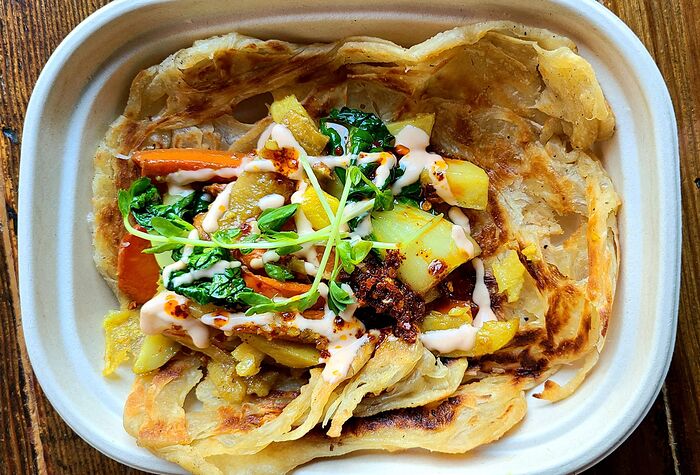 Tiyo Shibabaw, the owner of Teni East Kitchen in Oakland, is opening a new restaurant... 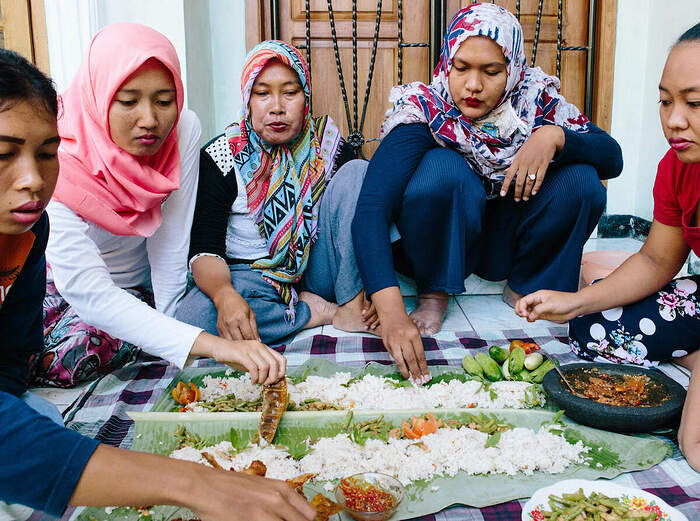 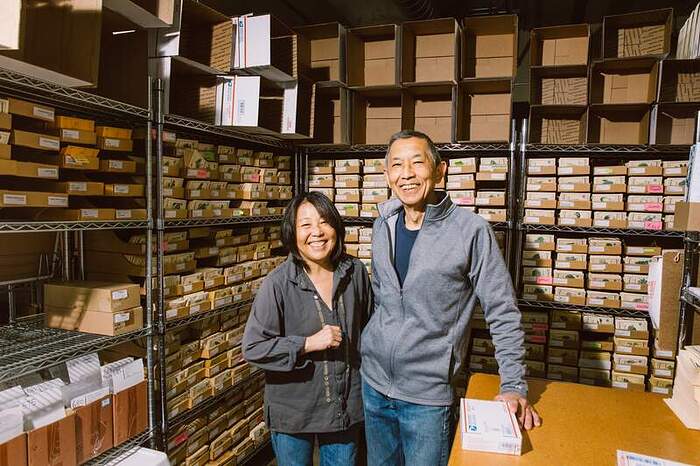 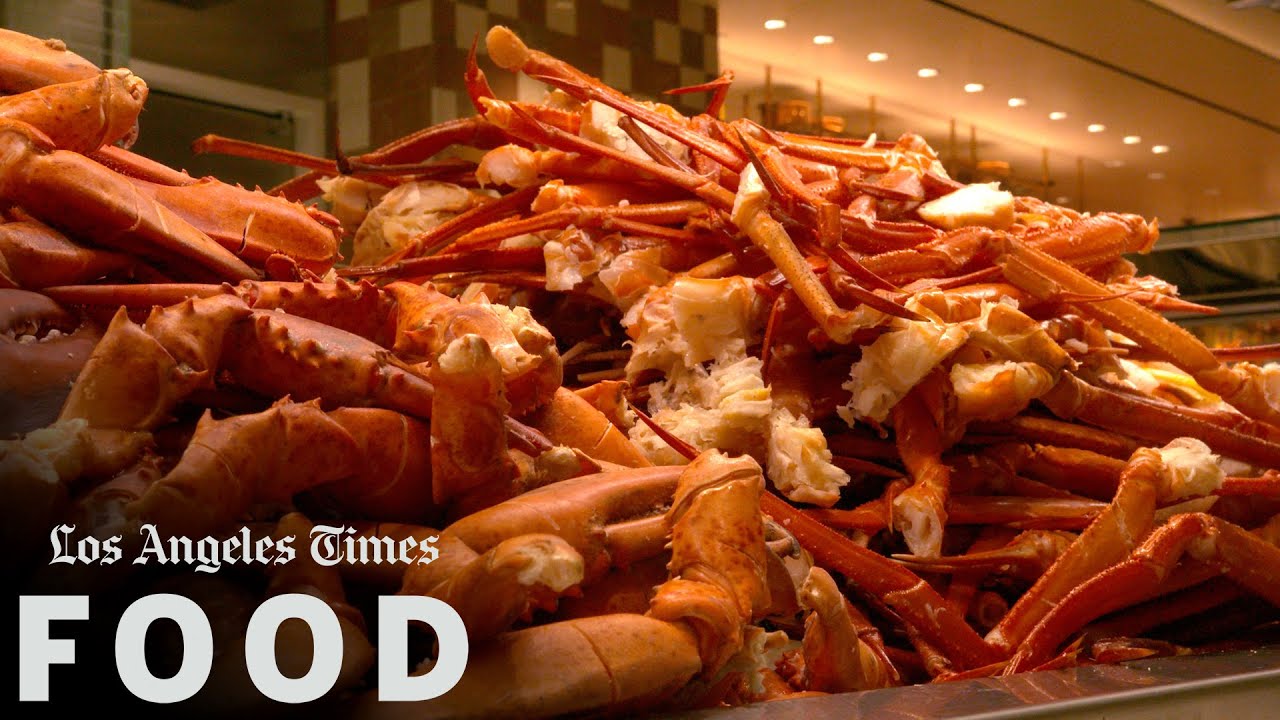 Very interesting. I am not an avid gardener. So I always thought the only reason I’d grow something is if I can’t find them easily at the market or it just tastes substantially better growing them myself. So I would love to go through their catalog to see what’s interesting.

Lots of the nurseries my wife visits carry their seeds.

I’ve seen Kitazawa seeds in 99 Ranch Market and shops in Chinatown. My mom has bought their seeds in the past. The catalog is very interesting for the hybrids. 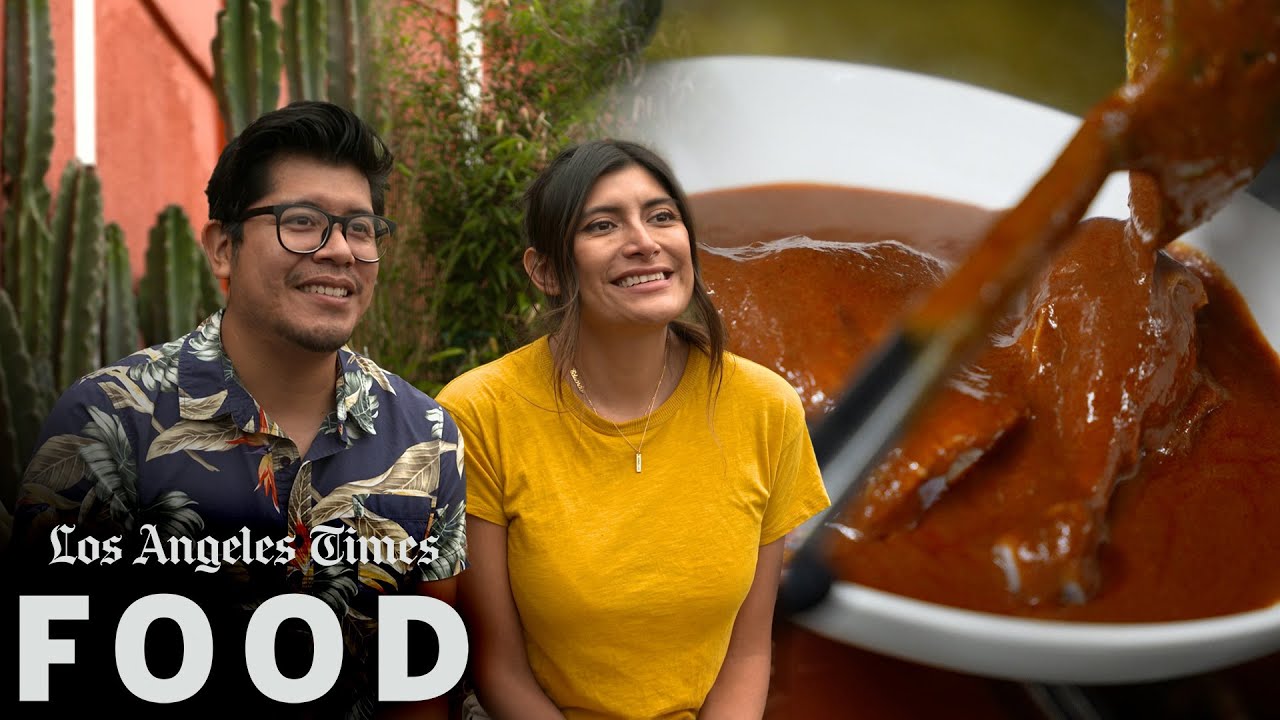 from Laurie Ochoa at the LA Times:

Guelaguetza, awash in orange paint, appears on Koreatown’s Olympic Boulevard like a burst of sunlight. Behind the restaurant, colorful umbrellas shade picnic tables set amid lush plants, which disguise the fact the space was a parking lot before the pandemic. Friends and families, happy to be together, snack on black bean-smeared tlayudas and sip chile-rimmed micheladas and horchata topped with bits of cantaloupe, walnuts and a splash of hot-pink syrup made from cactus fruit. Cumbia rhythms welcome new arrivals. It feels like walking into the vacation you’ve been yearning to take after all these months of staying home. 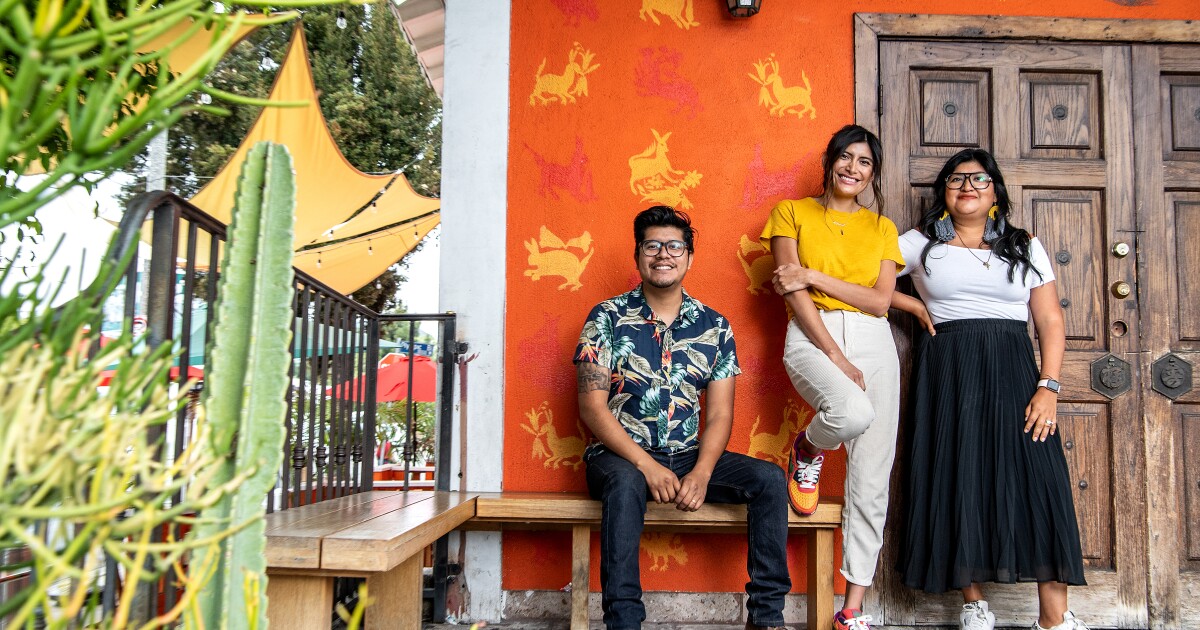 At Guelaguetza, the flavors of Oaxaca are essential elements of Los Angeles cuisine.

Guelaguetza is this year’s winner of the Gold Award, given to a local chef or restaurant “with the idea of honoring culinary excellence and expanding the notion of what Southern California cooking might be.” That’s how Jonathan Gold, my late husband and The Times restaurant critic until his 2018 death, described the prize he conceived in 2017.

…
Zuni Café shared a wall with Red Desert, a cactus shop where Mr. West had sometimes picked up shifts. He extended the shop’s Southwestern motif into Zuni: whitewashed walls and clay-tile floors; piles of desert sand and ribbed saguaro skeletons; serape textiles with lush stripes in fruit-peel colors. The appropriated Indigenous name “Zuni” fit Mr. West’s décor, and he liked the sound of the syllables.
… 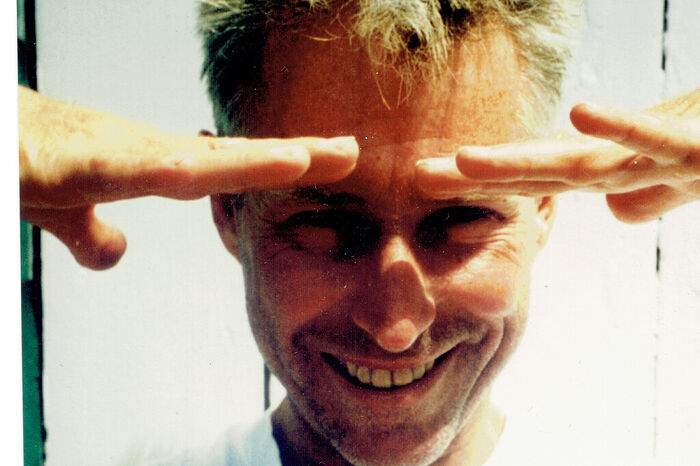 The Forgotten Queer Legacy of Billy West and Zuni Café

The restaurant is a culinary landmark in San Francisco, but its history as a space for gay visibility is little known. 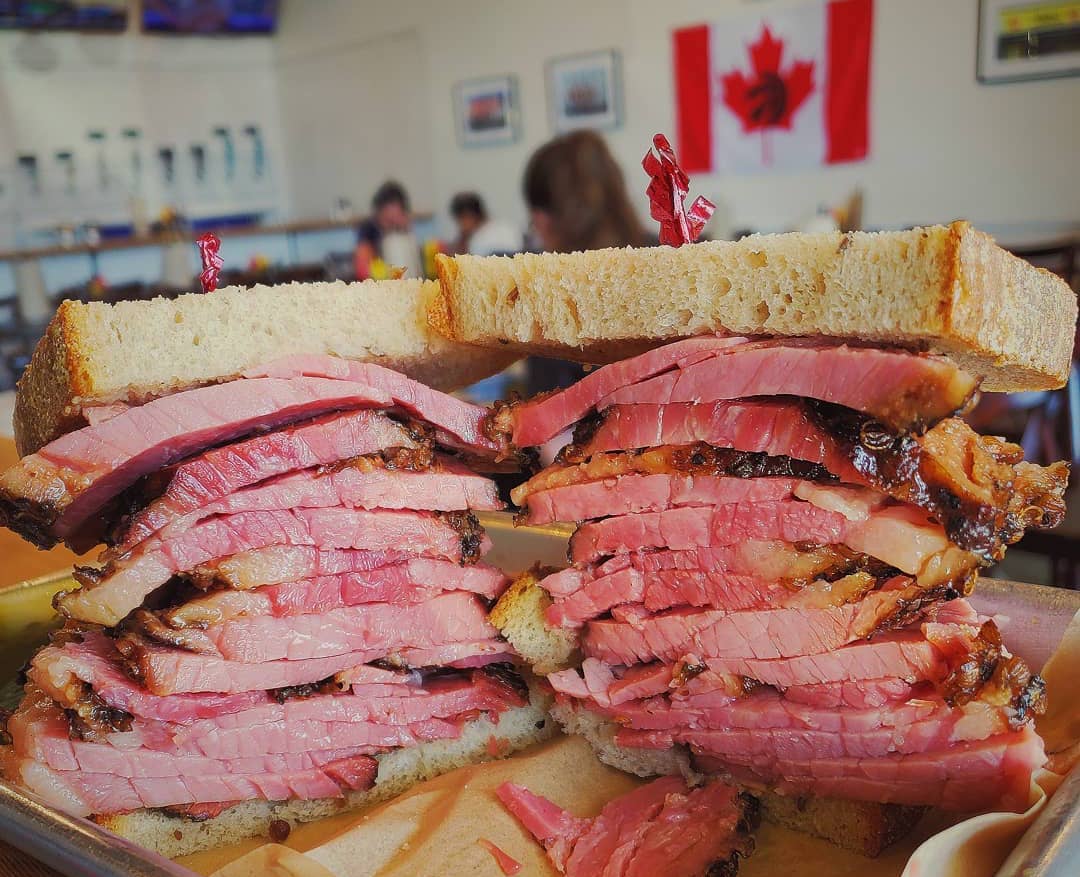 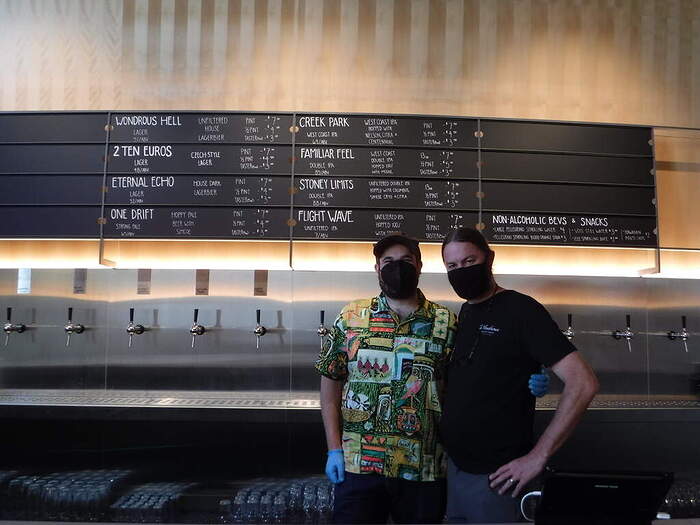 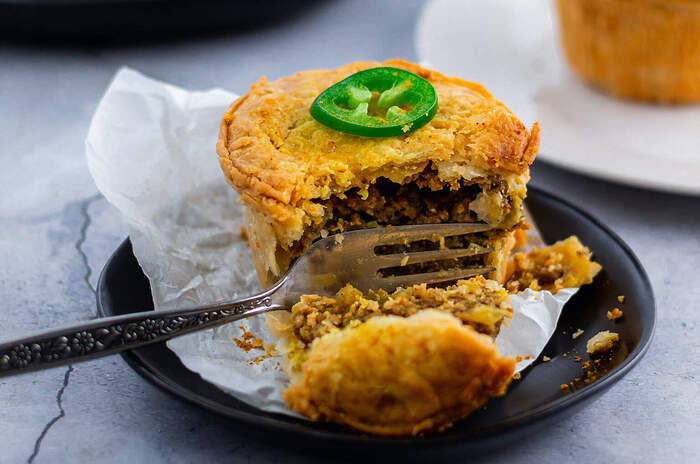 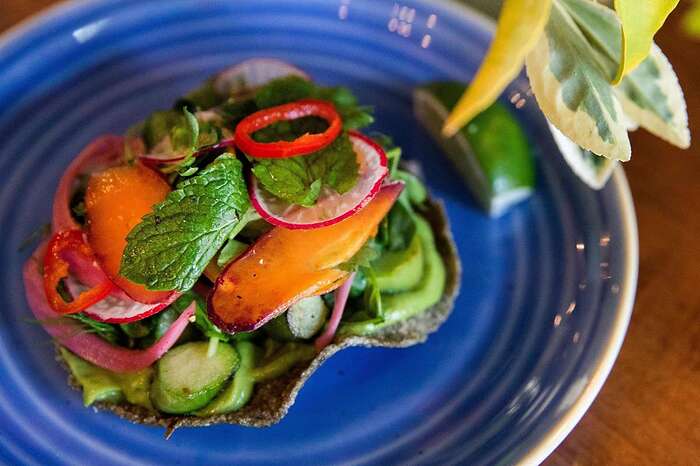 Keep up on the best and latest restaurant openings with The Chronicle's guide to new Bay Area restaurants.

Yikes! This happened at the Santa Monica Belcampo. 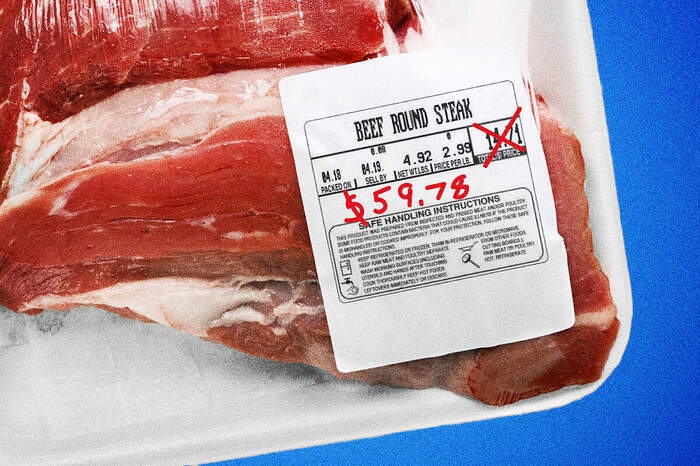 I used to buy chickens from them when they had a shop near home.

No matter. I am done. An apology now means nothing. 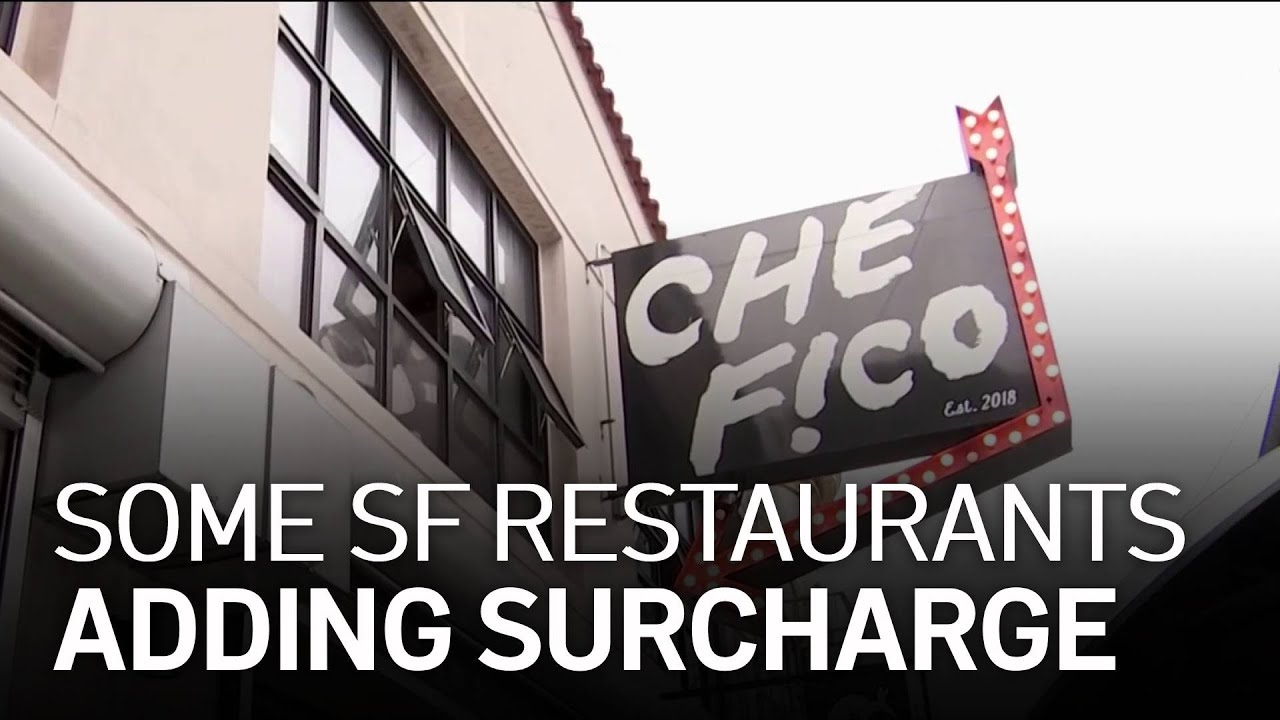 from KCET in Los Angeles: 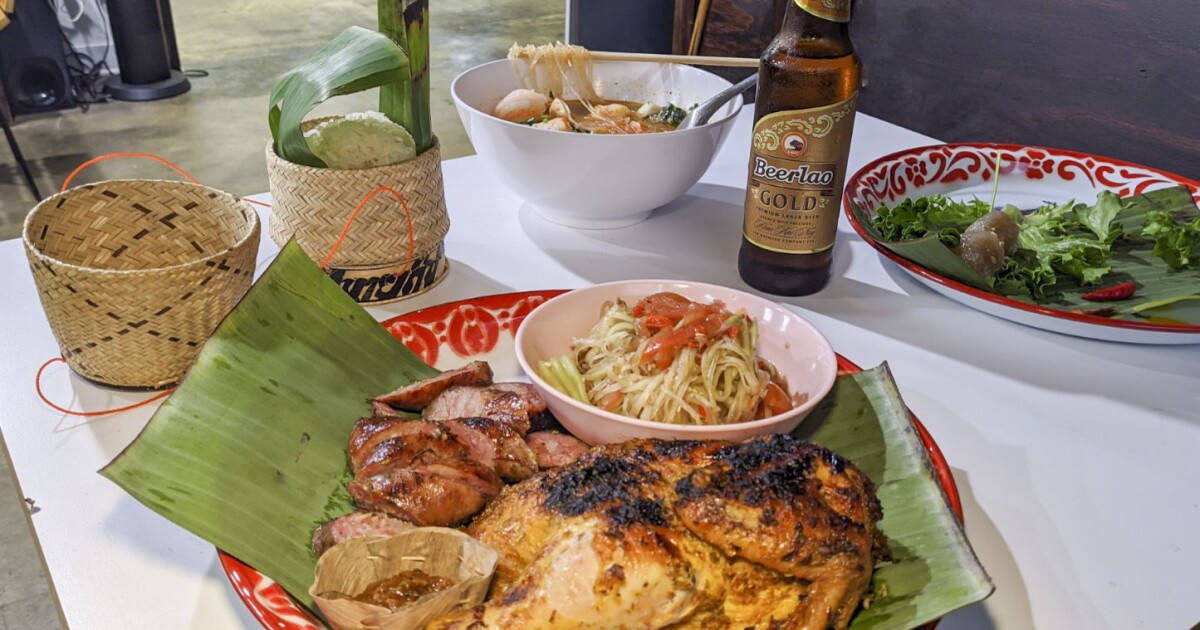 Over forty years after his mother ran a sukiyaki shop at a refugee camp, Thip Soulisak prepares the same sukiyaki recipe and other family dishes with his Lao street food and noodle shop pop-up PhoLaoSouphy.

…
In a city — and country — where Thai food is so ubiquitous, so much of describing Lao food is how it is similar to or different from the familiarized food of its neighbor. But Thai food’s higher visibility tends to obscure its confluence with that of so many other countries, like Laos. “Papaya salad actually originated from the Lao people. It passed to Thailand because the northeast side [where it is popular] is part of the Lao kingdom, but when the territory was redrawn, it became part of Thailand.” Soulisak explains. “The central Thai version is what most people have had, which is sweet, tangy and kind of like a slaw. But the Lao version is very funky and very savory with a lot of fish sauce and spicier than what most people are comfortable with. It’s almost a completely different dish [from the Thai version].”
… 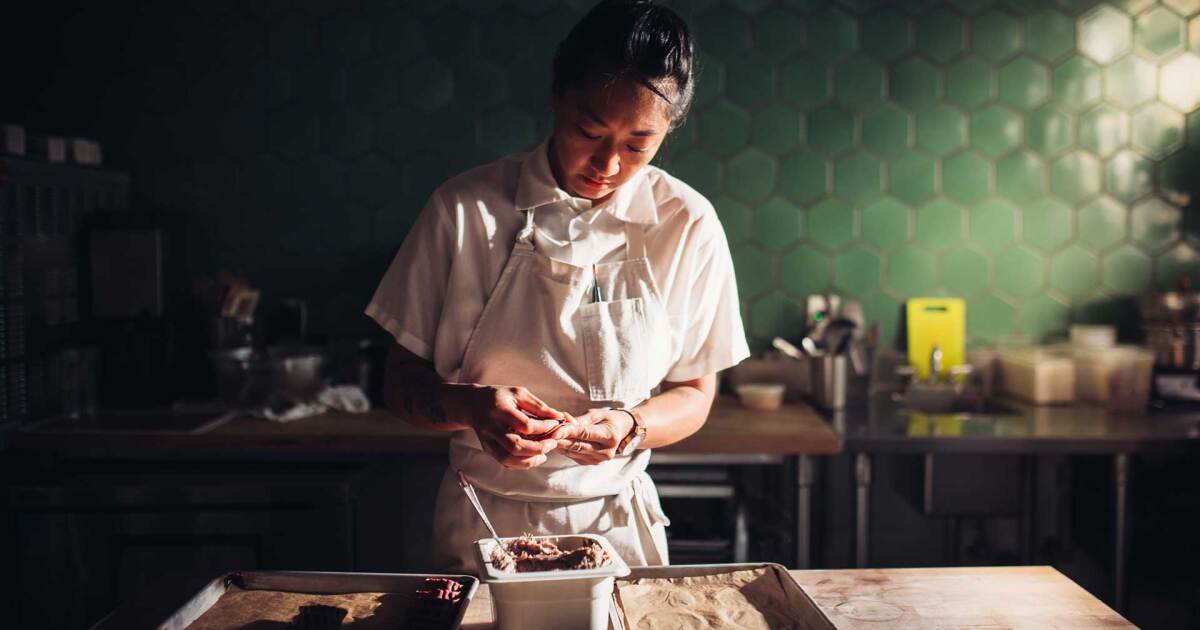 "The Migrant Kitchen" explores California’s booming food scene through the eyes of a new generation of chefs whose cuisine is inspired by the immigrant experience.

"The Migrant Kitchen" explores California’s booming food scene through the eyes of a new generation of chefs whose cuisine is inspired by the immigrant experience. 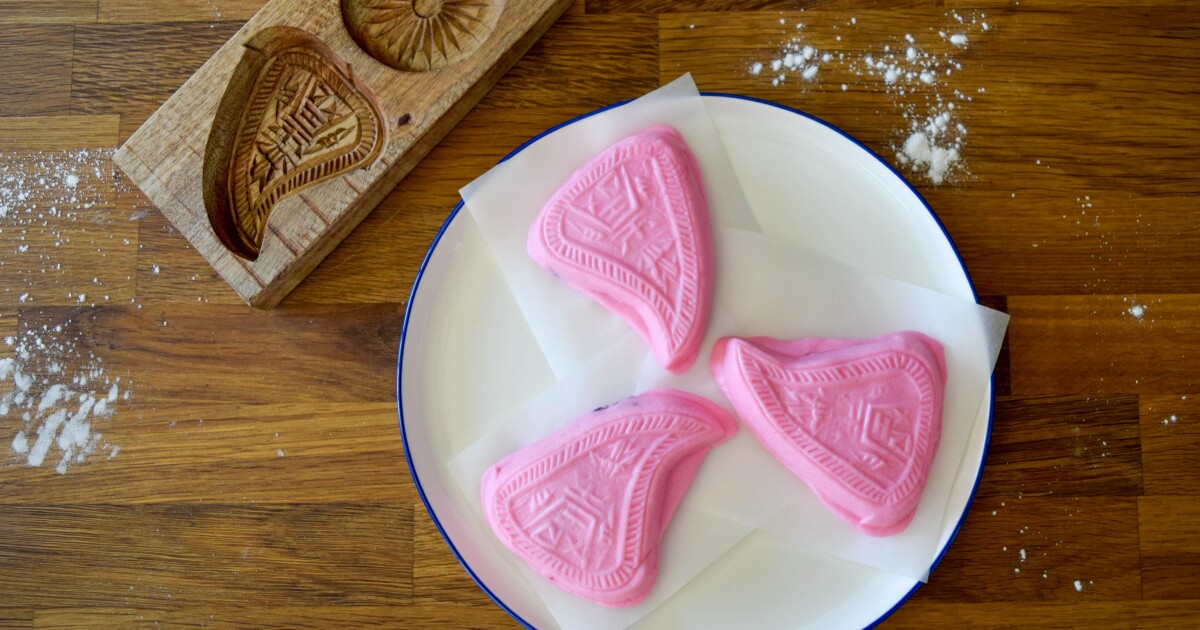 From Dumplings to Sriracha: The (In)Visibility of Teochew Food and Culture

From local to global conflicts, Teochew people have survived generations of displacement through global migration, distinctive cuisine, and intergenerational storytelling.

,
Despite an estimated global population of 25 million, Teochew — sometimes spelled Chiu Chow or Chaozhou — people are invisible to much of the world. Across many generations, our people have migrated and adapted. Even my own identity as Vietnamese and Teochew stems from my grandparents’ ability to adapt to Vietnamese culture. The Teochew language is one of over 2,000 Asian languages, yet this diversity is not well-known because there are more dominant cultural categories and labels like Cambodian, Chinese or Taiwanese. Although Teochew people may seem large in number, the price of becoming a globalized people is heavy and was rarely, if ever, by choice. From local to global conflicts, we have survived generations of displacement. But migration, distinctive cuisine and intergenerational storytelling have kept our culture alive for generations.
… 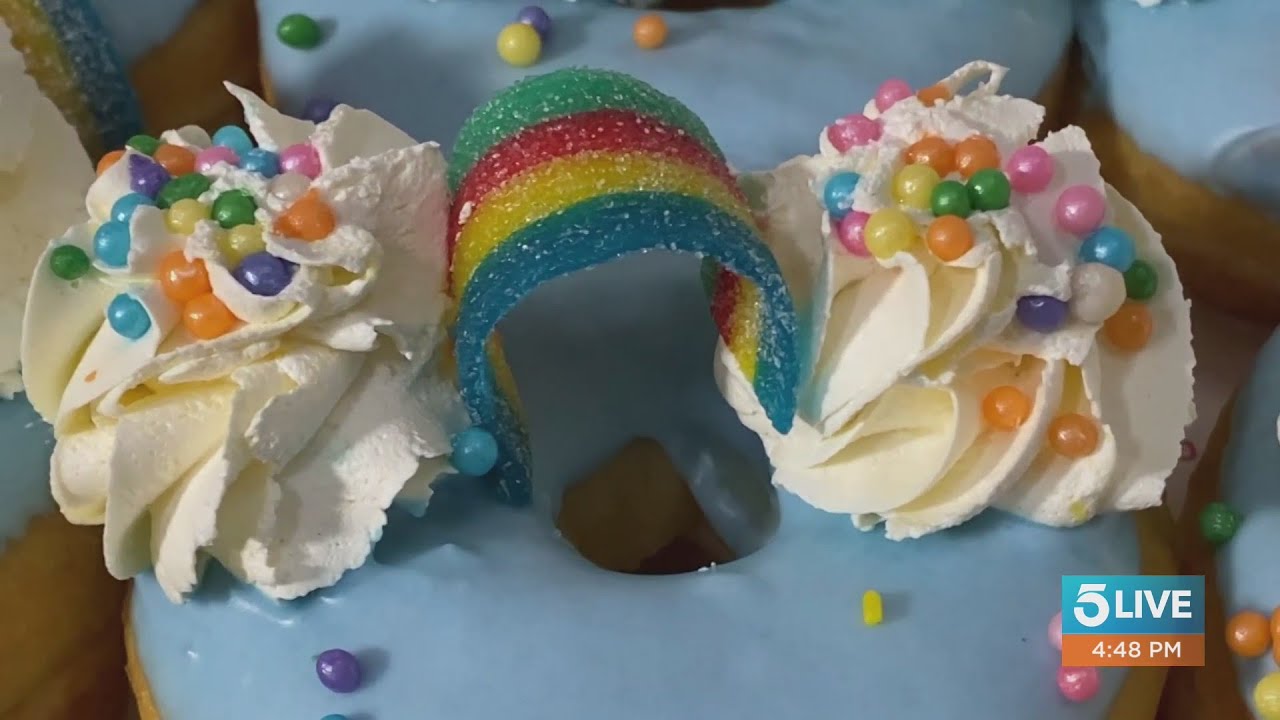 Luke:
If you run in first- and second-generation immigrant circles, you’ve probably heard your share of “stinky lunchbox” stories—about the time someone’s mother packed them dumplings or curry, and the other elementary school kids acted like it was the grossest thing ever. Deep shame ensues, followed eventually by acceptance. 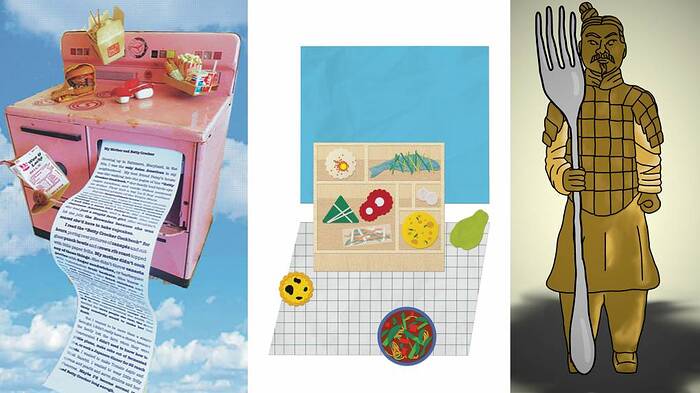 The charity zine riffs on the “stinky lunchbox” trope to raise money for SF Chinatown restaurants.

Tijuana is very close to California

The Caesar Salad prep starts at the 13:20 mark 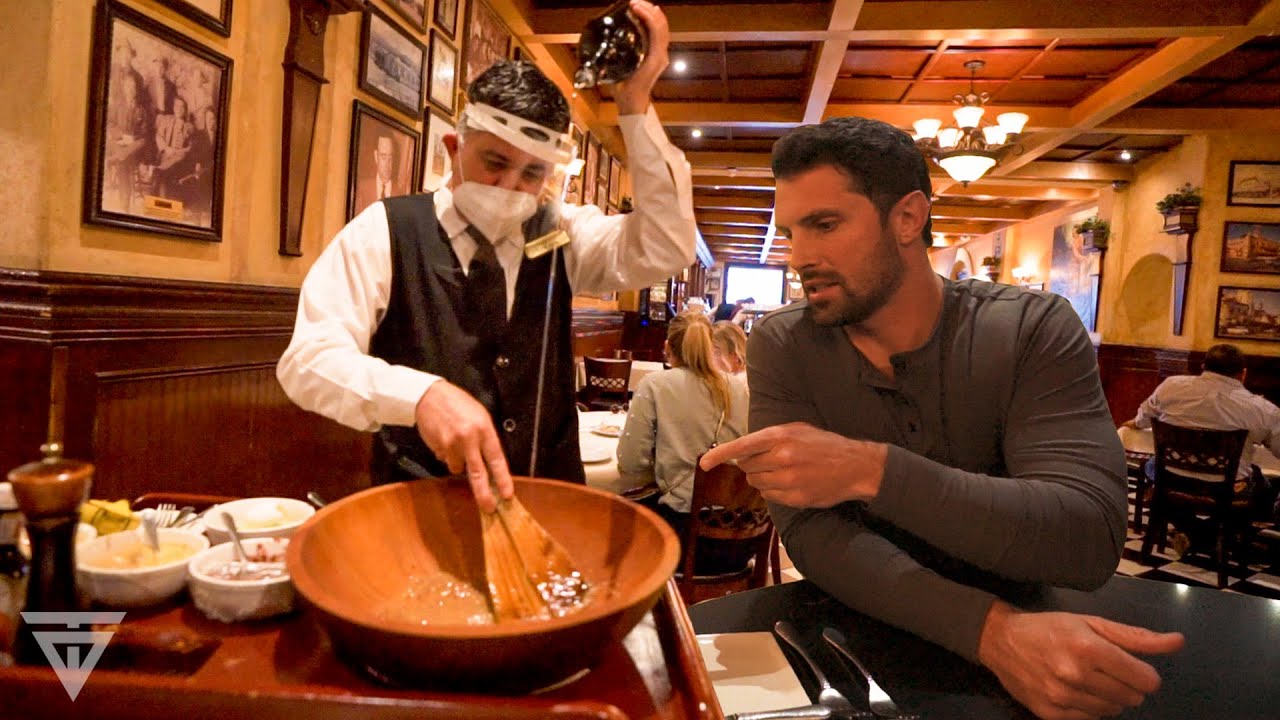 However, there is so much more to Tijuana than street meat and food stalls! Tijuana is going through an amazing culinary revolution with chefs and entrepreneurs setting up their own restaurants in the city.

We start the day at an incredible little bakery called La Ventanita del Pan, where they are serving up the most delicious baked goods and sweets I have ever tasted. Marcela is taking Mexican baked goods to the next level by taking a page out of the French cookbook - butter on butter on butter.
La Ventanita del Pan is a must-visit on your list of things to do in Tijuana, Mexico.

One of the main reasons for creating this video, is to highlight the culinary revolution happening here in Tijuana.Beyond the famously delicious street tacos, there’s a new wave of Mexican chefs and entrepreneurs who are establishing high level breweries and eateries all over the city. One of those people is Chef Adria Marina, who opened the critically acclaimed Georgina’s with a fusion of flavors from all over the world.

Next, the Tortas Wash Mobile makes one tasty Carne Asada torta while you’re washing your car!

And of course, a trip around Tijuana wouldn’t be complete without a stop at the birthplace of the Caesar Salad; Caesar’s in Hotel Caesars.

As the story goes, and this story takes a number of turns, back during the prohibition days of the 1920s, Italian-born chef Caesar Cardini moved from California to Tijuana to open a restaurant in order to avoid the alcohol bans in US establishments.

Now, who actually created the caesar salad itself is up for debate - Cardini’s daughter says it was him who created the original caesar salad, other’s say it was his brother Alex, and some believe it was actually an employee.

The host here even tells us that Wallis Simpson and Prince Edward the 8th, after visiting in 1933, took the recipe back to England and made the caesar salad famous worldwide.

Last, but certainly not least, we went to Misión 19 to try the fine dining of Tijuana. A deliciously creative play on Baja California and Mexican cuisine. 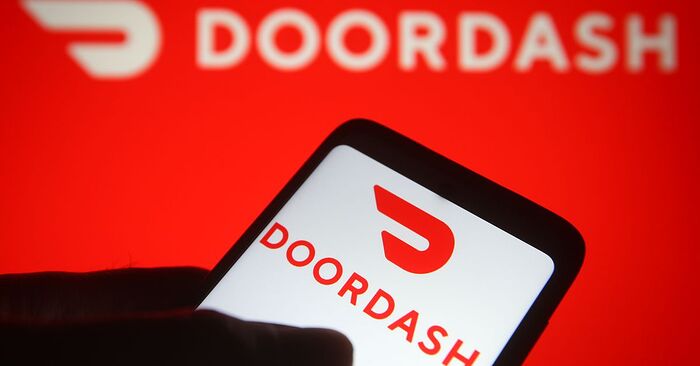 Plus, the Brixton is bringing pub vibes to Hayes Valley, and more intel

According to an analysis by SF Biz Journal, DoorDash founder and CEO Tony Xu is the highest paid CEO in the Bay Area — by a lot. Xu’s total compensation in the most recent fiscal year was $413.67 million, which is more than $200 million more than the CEO with the second-highest compensation last year.